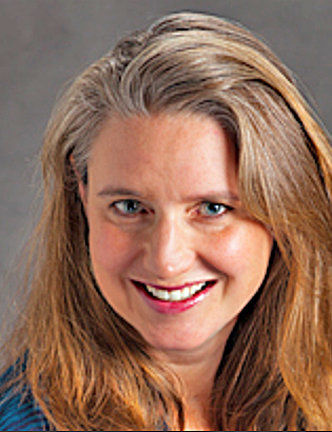 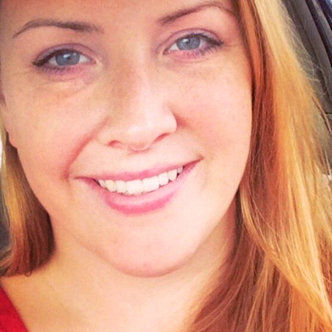 LONG BEACH — Poverty is easing in Washington state as a whole. But new statewide statistics fail to capture how thousands of Pacific County people still struggle to pay for basic necessities of life, a local aid provider said last week.

The share of Washingtonians living in poverty dropped from 13.2 percent to 12.2 percent between 2014 and 2015, according to new data released Sept. 15. Although these indicators don’t specifically include low-population rural areas, other data superficially suggest things might even be getting better on the southwest coast, where a degree of economic hardship has long persisted at odds with the rest of affluent Western Washington.

“It is good news that the poverty rate has dropped for a second year in a row in Washington state. However, the share of Washingtonians living in deep poverty remained steady at nearly 6 percent (5.8 percent). That is nearly 406,000 Washingtonians with incomes less than 50 percent of the relevant poverty thresholds,” said Jennifer Romich, director of the West Coast Poverty Center at the University of Washington and an associate professor of social work.

Immediately to our north, Grays Harbor County is big enough to show up in the one-year estimates. Its estimated poverty rate dropped from 19 percent in 2014 to 14 percent in 2015, a decline that’s larger than the margin of error. “This is significant — both statistically and practically,” Romich said.

There are indications that Pacific County’s poorest people also may have seen some modest easing in their financial struggles, Romich pointed out.

An interactive database allows users to look up Washington Department of Social and Health Services services over time at the county or city level. Pacific County had 1,134 families on TANF or state family assistance (welfare) in the earliest reported year of 2001. By 2014, that number fell to 713 — a 37.1 percent decline. In 2013, the number of families receiving welfare was 855 — signaling a 16.6 percent decline between 2013 and 2014.

Pacific County’s year-round population is relatively stable, slightly fluctuating in a range between 21,000 and 20,500 for the past 15 years. The American Community Survey released in 2014 reported a county poverty rate of 17.1 percent, plus or minus 2.3 percent.

The number of people in Pacific County and nationwide receiving food assistance soared at the start of the recession, with county participants in the state’s Basic Food Program totaling 7,757 in 2008, 37 percent of the populace. The local number of food-aid recipients has trailed off since then, and stood at 5,825 or 28 percent in 2014.

The percentage of children getting free and reduced-price meals at school is another indication of economic hardship. At the end of last school year, 55.2 percent of Pacific County’s public school students were receiving meal assistance, compared with 58.4 percent a year earlier. The statewide rate was 44 percent in 2015-16 and 45 percent in 2014-15.

Katie Lindstrom, Pacific County’s human services programs manager, said despite any statistical gains the county’s low-income residents haven’t experienced real improvements in their lives. For example, the estimated jobless rate has improved — to 7.6 percent this August compared to 12 percent five years ago — but this hasn’t translated into better outcomes for local families, she said.

It may be that many local people who were at or below poverty before are now just barely above the poverty line, Lindstrom said.

“Now there may be more of those people who are employed or employed more than before — but it’s still a minimum wage job,” she said. “On paper they are out of poverty, but it’s just barely above. So income has grown, but a few hundred dollars a month doesn’t feel like much. Especially considering the increase in other necessities at the same time — housing and healthcare in particular.”

County-managed programs like those that help residents meet housing costs and cope with behavioral health issues “have not seen a drop off at all in terms of need,” Lindstrom said. “We consistently run out of money for things like housing assistance for the homeless very early in the year. The other thing that happens when a family rises just above the poverty line — they are no longer eligible for certain benefits (like TANF or food stamps), or their benefits are reduced. This tends to negate the benefit of increased income.”

Rising rents are a key problem for Pacific County’s low-income families. As the real estate market has improved and home sales have increased throughout the Lower Columbia region, competition for housing means it is becoming more expensive and less available.

“A huge issue right now is cost of rental housing — county wide, but especially south county. Income rising by a couple hundred a month does not offset rent raising by double that,” Lindstrom said.

Changes in state policy are making it more difficult for the county to help some with their housing needs, she said.

“We used to be able to help people on the brink of eviction with rent assistance — this was considered prevention work,” Lindstrom explained. “In the last couple years, the state has mandated that we use the majority of our funds for people who are literally homeless — actually living outside. Prevention makes a lot of sense in most cases. It’s easier to help a family stay in their home by helping with a couple months’ rent than it is to completely start over, find a new place, and get someone into new housing. This new rule artificially makes it look like fewer people are needing housing, but really it’s just due to the new rule change,” Lindstrom said.

The same type of rule-change issues might also skew statistics relating to welfare and food stamps, making them seem to improve, whereas former aid recipients face even harsher struggles, she said.

On the plus side, Lindstrom added that homegrown efforts like Peninsula Poverty Response and WellSpring are unique strengths.

“The coalitions have been able to get a lot done by coming together — something not as easy to do in a large area,” she said. “And providers do not have turf issues like in bigger areas. Because of this, we are able to stretch the money we do get to help people much further.”

The poverty rate in the Seattle-Tacoma-Bellevue metropolitan area dropped from 11.3 to 10.2 percent between 2014 and 2015. But the percentage of people living in deep poverty in the area remained statistically unchanged at 5.2 percent.

Poverty rates vary widely across the state of Washington. For example, Snohomish County had a poverty rate of 9.2 percent, while 16.1 percent of Grant County residents and 18.8 percent of Yakima County residents were estimated to be poor. As a whole, the Seattle-Tacoma-Bellevue metropolitan area had a lower poverty rate (10.2 percent) than the state, but some cities within the metropolitan area, such as Everett (15.0 percent) and Tacoma (16.2 percent), face higher poverty rates.

—University of Washington News and Information contributed to this report.

Get up-to-the-minute news sent straight to your device.

Submitting this form below will send a message to your email with a link to change your password.

An email message containing instructions on how to reset your password has been sent to the e-mail address listed on your account.