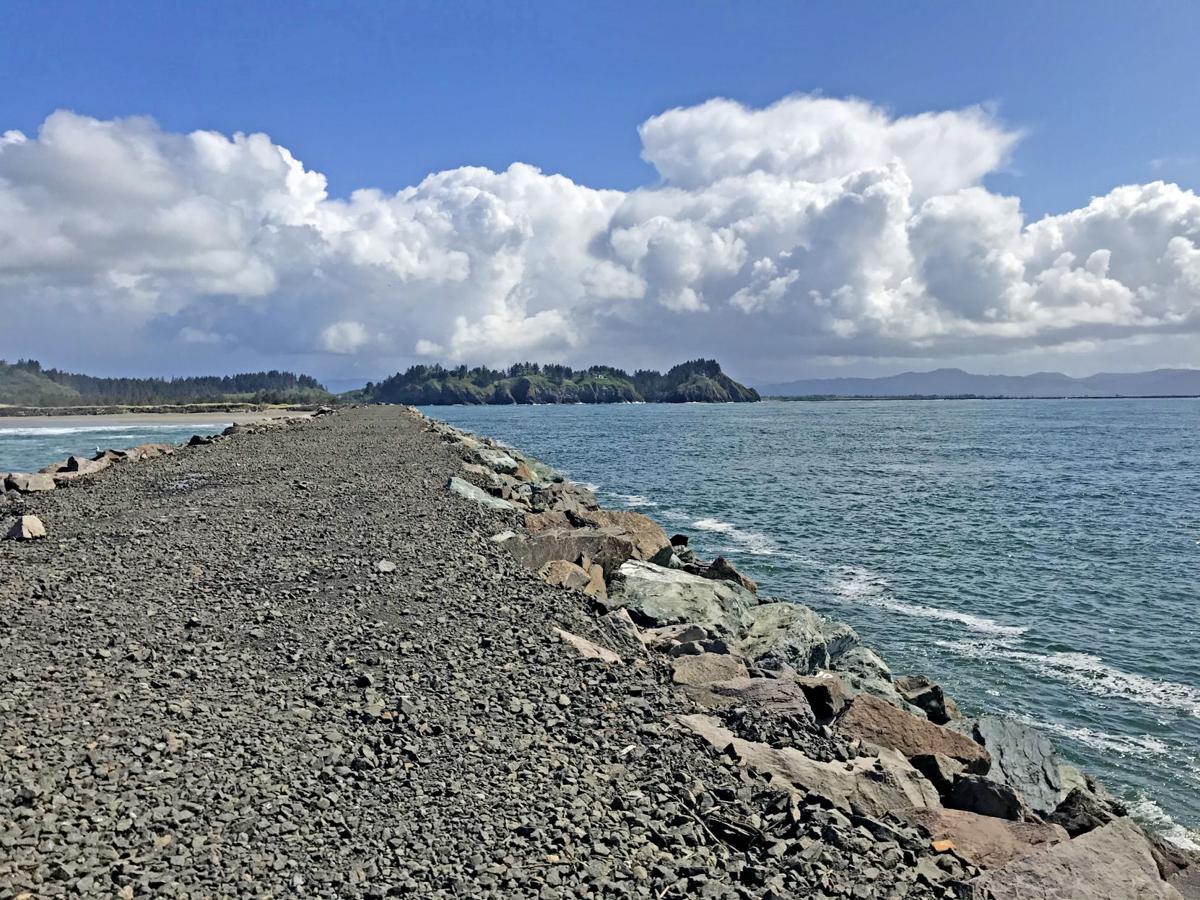 Cape Disappointment and its lighthouse remain closed in an effort to limit the spread of coronavirus from urban areas to Pacific County.

Cape Disappointment and its lighthouse remain closed in an effort to limit the spread of coronavirus from urban areas to Pacific County.

PACIFIC COUNTY — Beach approaches and all but one state park in Pacific County remain closed after Washington State Parks reopened some outdoor recreation on Tuesday, May 5.

On April 27, Gov. Jay Inslee announced the partial reopening of some outdoor recreation, including some freshwater fishing, hunting and golfing. The order also allowed day use of some state-managed public lands, such as state parks, wildlife areas and Department of Natural Resources recreation land. State-managed boat launches and marinas were also reopened.

But with outer coast Marine Areas 1 through 4 still closed to fishing, almost no state parks reopened and recreational shellfishing still not allowed, Pacific County won’t see much of a change.

This was met with a mix of acceptance and resignation by local tourism industry leaders.

“Opening the beach approaches and parks might be perceived as an open invitation for visitors to return and residents to congregate in favorite spots such as North Head and Waikiki Beach. It would create risk with little economic gain,” said Andi Day, executive director of Pacific County Tourism, the county’s marketing group. “We need to test the waters slowly and carefully to keep both residents and visitors safe. If we move too fast and covid cases rise again, we may have to start the process all over again and that would be even more devastating.”

In general, the sector guidelines suggest a plan must be in place before reopening. The plan, for example, would spell out how safe social distancing measures will be maintained as well as enhanced cleaning, face mask requirements for staff and visitors, and more.

“We won’t be moving forward with business as usual,” said Tiffany Turner, co-owner of Long Beach-based Adrift Hospitality, said in a May 4 written statement. “We as a business and industry are developing safe and responsible guidelines to reopen including limiting occupancy to begin with so that our communities don’t get overwhelmed.”

After consulting with Pacific County’s Board of Commissioners, Washington State Parks did not reopen areas such as Cape Disappointment, Grayland Beach, Loomis Lake, Fort Columbia, Leadbetter Point and Pacific Pines. State parks did reopen the Willapa Hills Trail between Raymond and Lewis County. Information about what state parks are open can be found at: parks.state.wa.gov/COVID19.

Most Pacific County beaches are still open to people who wish to explore the area on foot. The beaches that are not directly associated with a state park are designated as state highways, said Jon Snyder, an outdoor policy advisor for Inslee. Inslee would have to order Washington State Patrol to enforce a beach closure in those areas.

Keeping Pacific County state parks closed translates into a major loss of tourism. In addition to the ocean beach — which State Parks includes in its visitor counts — Cape Disappointment typically ranks among the top tourist destinations in the state. More than 859,000 visits were made to Cape D in 2019, according to a parks database, including 73,650 last May alone. State Parks estimates 3.25 million visits to peninsula beaches in 2019 — the lion’s share of more than 4.3 million visits to south Pacific County’s state parks last year.

Local governments have taken steps to dissuade travel to the beaches during the covid-19 pandemic. The City of Long Beach and Pacific County closed vehicular beach approaches at the end of March, in part to block a razor clam dig that might have brought thousands of out-of-town participants. But complaints about the closures prompted the elected officials to revisit the topic during emergency management meetings on April 29, May 4 and May 5.

After Pacific County was alerted on May 4 to three new positive cases of covid-19 in the community, Pacific County Emergency Management Agency Director Scott McDougall said the dynamics of the situation had changed. If covid-19 spreads in the community, it will likely come through people traveling to the area, he said. Reopening the beach approaches may hasten the spread of the disease.

“I think a lot of it comes down to what all of your appetite for risk is. I can tell you that for as many angry phone calls as you’re getting about keeping the beach approaches closed, you will get an equal or larger number of people with angry phone calls if you chose to open them as well,” McDougall said. “This is something that has deeply divided the community and it kind of puts all of you as elected officials in a no-win situation.”

Pacific County Commissioner Chairman Frank Wolfe said reopening the beach approaches at this time would not be safe. Commissioners Lisa Olsen and Mike Runyon supported the idea of opening the beaches on a couple of weekdays, to allow locals to drive on the beaches without enticing people from outside the area to visit. Olsen and Runyon voiced this idea first on May 4, prior to the county being notified about the new covid-19 cases, but both said the new cases did not change their opinions.

“People are wanting to get out and drive on and explore the beach again,” Olsen said in a statement issued by Pacific County Tourism. “They want to regain some sense of normalcy.”

“We need to remember that tourism is a huge part of our local economy,” Olsen said. “I understand this means people from other areas coming to our communities and neighborhoods again but if we don’t start to find a balance toward that end fairly soon many people will find themselves more than temporarily unemployed or out of business and that is not a healthy situation either. It is my hope that we can all move forward together in this process of reclaiming our economy realizing and understanding the situations of others as we proceed.”

Opening and closing the beach approaches would cause confusion, Wolfe said during verbal discussions. The more people don’t understand the orders, the more the orders will be ignored, he said.

In the wake of these recent discussions, the beach approaches will remain closed for the time being.

All freshwater fisheries will reopen May 5, as will Puget Sound saltwater fisheries, except for halibut, shrimp and intertidal shellfish harvesting, which will all remain closed statewide, according to a news release from the Washington Department of Fish and Wildlife.

Coastal saltwater fishing and shellfish harvesting in marine areas one through four — which includes the Long Beach Peninsula — will remain closed. The state chose to leave closures in place after speaking with local health officials, who said they were concerned outside visitors might flock to the area.

Hunting for turkey and spring bear will open on May 5, and the spring bear season will be extended until June 30.

Golfing will be allowed, though people must golf in groups of two unless the group is from the same household, in which case groups of four may golf together.

“If we see a sharp uptake in the number of people who are getting sick or are not following appropriate steps, then we won’t hesitate to scale this back again,” Inslee said during the press conference announcing the partial reopening. “This is not a return to normal. This is only a beginning phase of relaxing outdoor recreation restrictions.”

Inslee emphasized people must still be cautious when participating in outdoor recreation. His office recommended people who wish to travel should:

• Check what is open

• Travel with immediate household members only

• Pack out what is packed in

Should ban driving on beach permanltly