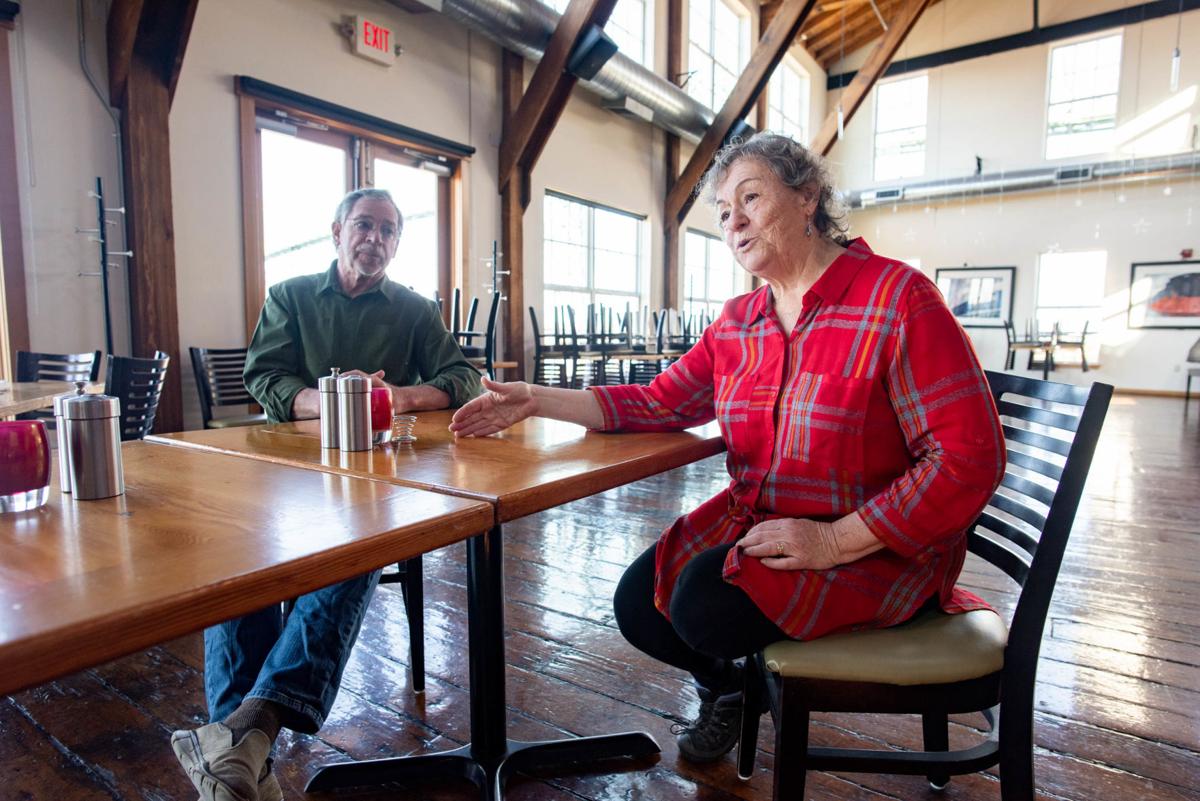 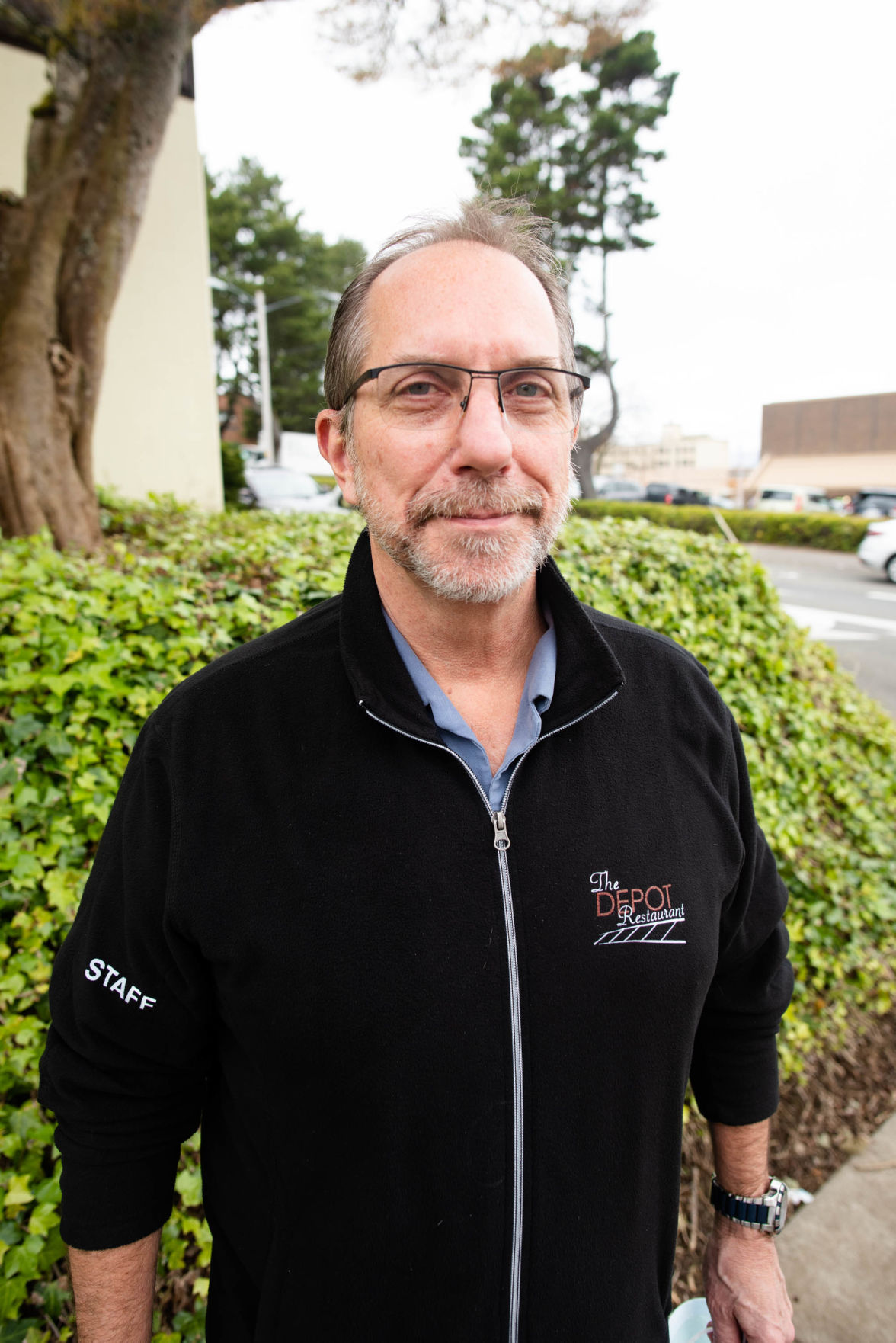 Michael Lalewicz of The Depot. 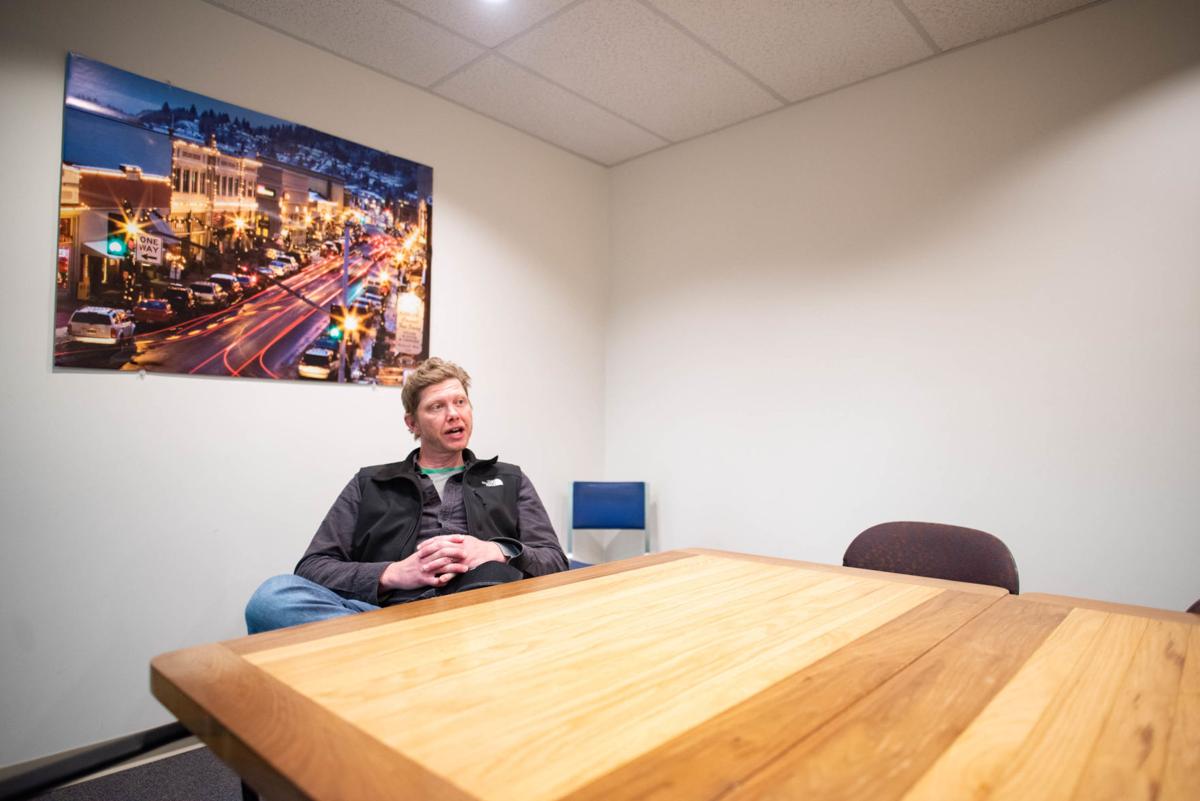 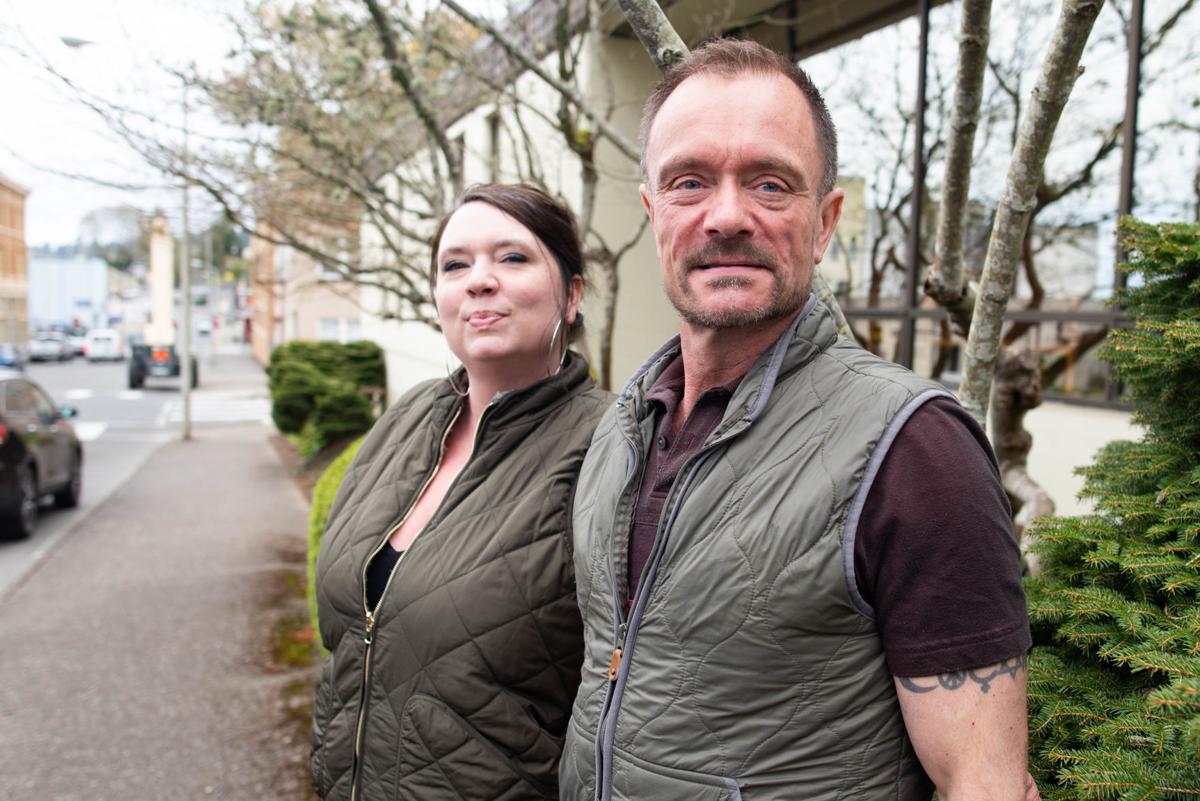 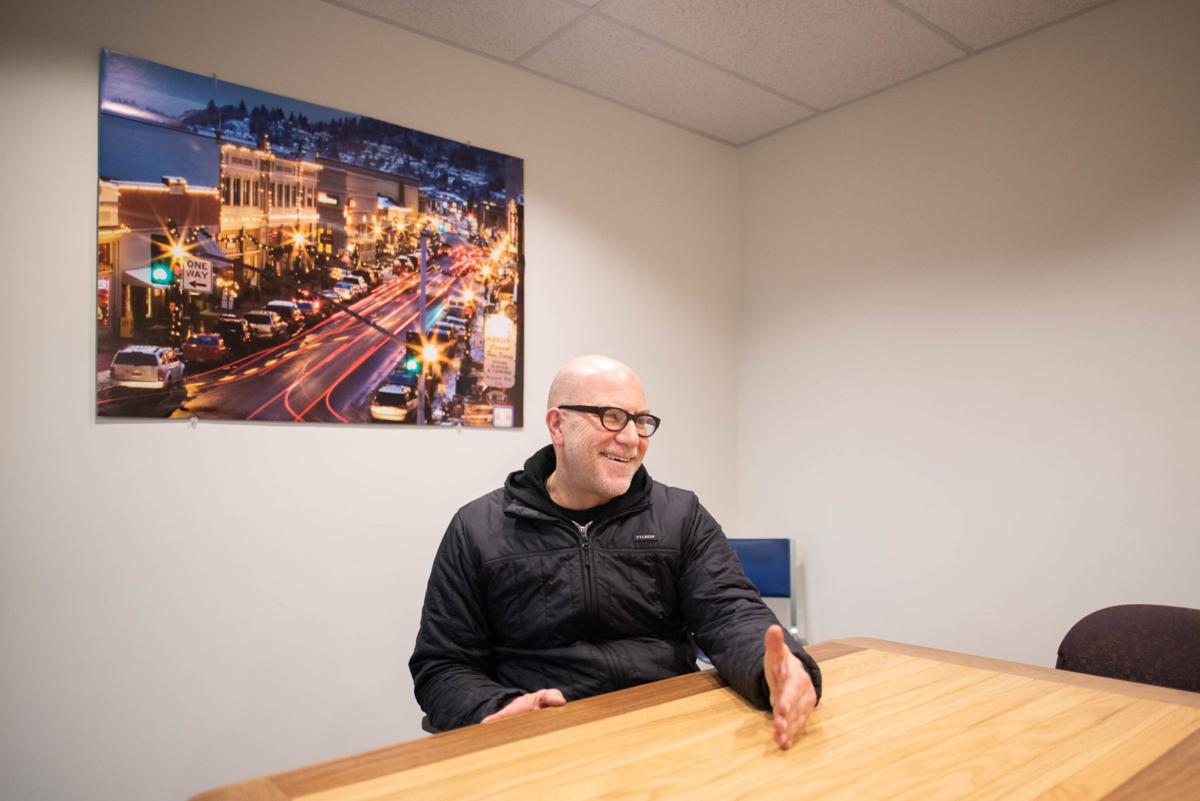 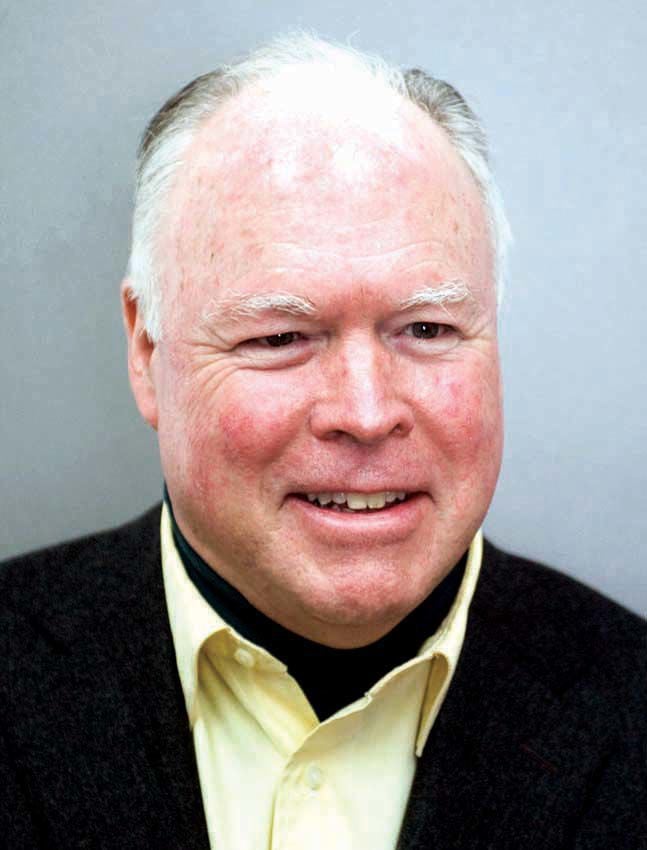 Michael Lalewicz of The Depot.

Restaurants are a major economic sector for the communities around the Columbia River estuary. The seven restaurants represented in this conversation employ collectively 186 — a workforce the size of a midsize business.

This discussion among chef-proprietors is not about dry numbers and strategy. It became emotional. Before answering a question about the loyalty of his customers, Michael Lalewicz cleared his throat and choked up. Teona Dawson described an experience in which she and a customer shared a tearful moment.

The participants in our conversation about local restaurants and their future are:

• Michael Lalewicz, chef-proprietor of The Depot in Seaview, Washington.

• Tony and Ann Kischner, Ilwaco residents and proprietors of Bridgewater Bistro on the Astoria waterfront.

Q: How are you and your restaurant getting by?

Flues: We’re doing better than I thought. We are doing to-go order and deliveries at lunch.

Dawson: We are doing daily specials, just to get people in. We have deals on burgers, quesadillas and cookies. It is a limited menu.

Flues: We’re past the four-week mark (of unemployment). Other people haven’t been working, too. So they may not have as much money. So we have special offers.

Lalewicz: At the Depot, Nancy (Gorshe) and I are doing everything. She’s front of the house, handling phone calls and all of the finance. I take care of the property and order the beer and food. I have one part-time dishwasher, two to three days a week. He’s sanitizing the entire restaurant daily. Nancy keeps the front door handles wiped down when people come in to pick up orders.

I do all the food prep and cooking.

We reduced the menu and reduced prices quite a bit. We’re keeping the theme alive, of fine dining in a box. We still have steaks and Southern Comfort pork. It’s hard to get fish right now.

Holen: We decided from the very beginning to completely shut down. We recognized our menu and offerings aren’t super conducive to competing in a takeout, to-go market.

I sent a letter to our staff, that we’ll be closed to further notice. I gave advice on how to apply for unemployment. I’m keeping in touch with a handful of people, to see how they are doing.

Kischners: We’re completely closed for the safety of our employees and for our own safety. We didn’t think the takeout model would work for us. We’re far out of downtown. The staff were 100% behind that. They are on unemployment.

We’re just trying to keep ahead of the news and get the best information we can.

Defeo: We decided to completely close Carruthers because of the venue and didn’t pursue to-go orders there. The coffeehouse had already been like that, so we stayed open. It’s been working great. We’ve reduced the prices quite a bit. It’s a locals’ menu, to support the community. We’ll do $5 breakfast and $5 lunch and discounted dinner.

I do some of the cooking. There are two of us. That’s it. It’s almost like doing a food cart. We’ve been very busy.

Q: So how are you surviving?

Holen: I put all my finances in order. Everything is caught up. I scrutinized our bills. We canceled television and internet. I tightened all the screws. I communicated with our purveyors about outstanding debts. We went to a minimal outflow of cash, so we can reopen. I’m now putting 100% of my efforts into developing online content — cooking lessons.

Tony Kischner: It was the first time I’d been home for Easter brunch in 38 years.

Ann Kischner: And now it will be the same for me on Mother’s Day.

Q: What has been the response from customers?

Dawson: One woman customer told me how much we mattered to her. She cried. I cried.

Q: Have you applied for federal money?

Lalewicz: Nancy has applied for state and federal assistance and all aspects of that. To cover payroll and some other aspects.

Dawson: We did apply for the SBA (Small Business Administration) disaster relief thing. We’re waiting. Paul’s an optimist. I’m more of a realist. I’m hoping that both restaurants make it.

We have 10 employees working part time.

Defeo: We have pursued everything. We’re in line. I’m grateful all my staff is on unemployment and getting checks. I check in with them.

Kischners: We applied weeks ago, but haven’t seen anything yet. We are not on unemployment, but we get Social Security. We Facebook with our staff. Not all of our employees have seen unemployment checks.

Q: What is your strategy for reopening?

Kischners: We’ve started laying out the floor for social distancing between tables. During slower times we did not seat customers in the mezzanine. But now we will.

We’re adding another point-of-sales terminal. So servers won’t have to fight over them. We’re looking at a walkie-talkie system so our cooks can talk to each other on the line, where it’s noisy. We’re lucky because we have a big kitchen.

To limit crowding in the restaurant, we’ll put our reception desk in the lobby. We’ll encourage people to make reservations.

Servers will be wearing masks and gloves.

We’ll bring someone in early in the day, by themselves, to do all the prep.

Lalewicz: We’re just waiting to hear about the rules coming up. Our next plan would be to move tables 6 feet apart. So we’ll take out a few tables and remove the chef’s table. We’ll bring back two servers, a host, dishwasher and one of the kitchen people.

Flues: It depends on the government. It’s going to be a hard summer. People are out of money. We (might) open up June, sometime in May. People aren’t going to have a lot of discretionary spending. People will be doing catch-up. We’re thinking we’ll be a smaller staff.

I’m working on a leaner menu for the Supper Club. We’ll make it a more profitable menu.

Holen: We’d have two days of cleaning before bringing customers in. I will develop a new and fresh menu to offer the highest quality of food and service that we can.

Defeo: We’ve talked about that. If and when. We want to do it in degrees. Not all at once. I’m pretty sure the economy isn’t going to just pop up. It’s going to be a trickle.

Kischners: We put out a Facebook post before closing — asking for our customers’ favorite dishes. We’ll redo our menu and shrink it. It will be an all-day menu, instead of one for lunch and another for dinner. We’ll go to disposable menus.

The National Restaurant Association has been putting out information. Our anticipation is the association is working on this now.

We’ve even thought about the place where we do things. We’ll do rolls instead of bread, so there’s no slicing. Bring water to the table on request only. One person will bring the glasses, and we’ll stop doing decanters on tables.

Getting back to normal isn’t going to be normal.

Steve Forrester, the former editor and publisher of The Astorian, is president and CEO of EO Media Group.