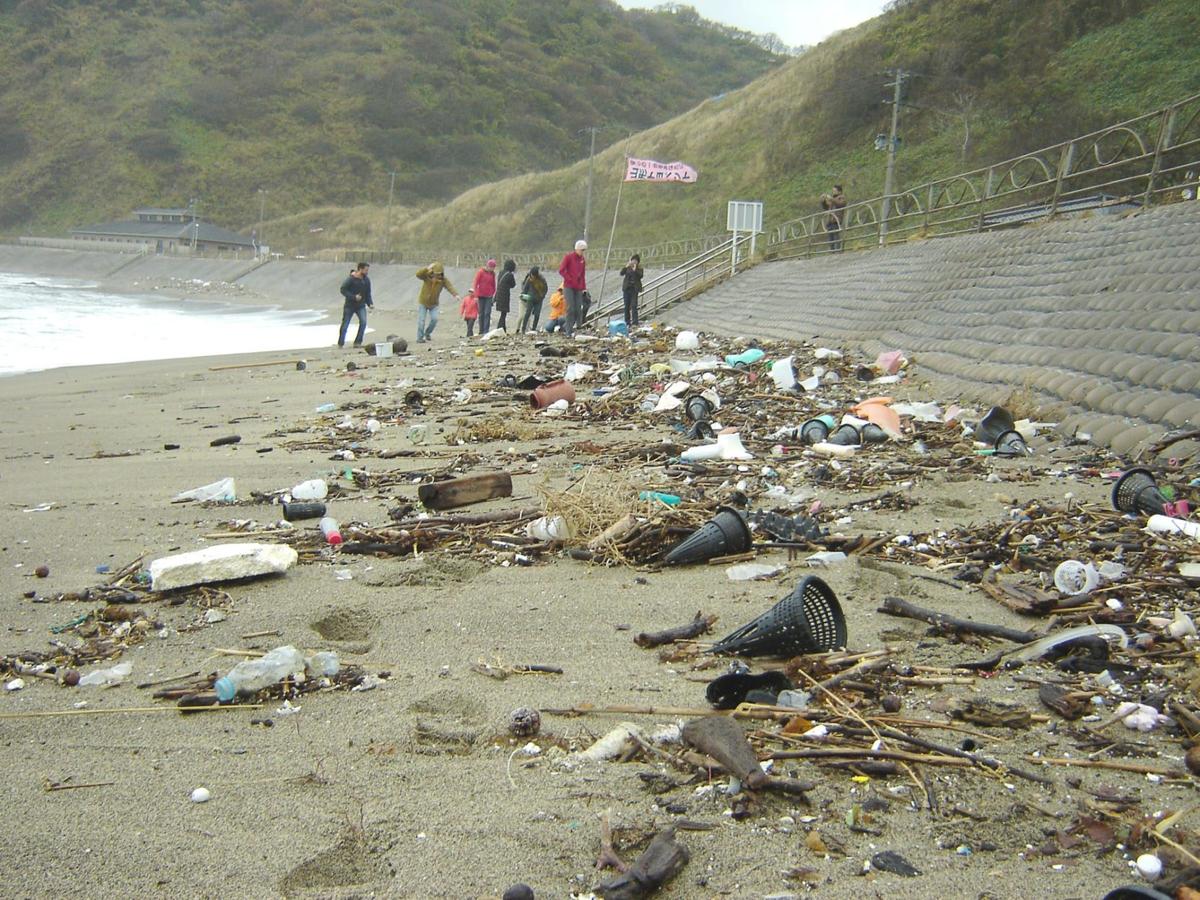 In this photo taken by Jon Schmidt of Sequim, participants are amazed at the mass of tsunami debris on Kozugahama Beach, facing the Sea of Japan, that had collected after only one month after the beach was cleaned. 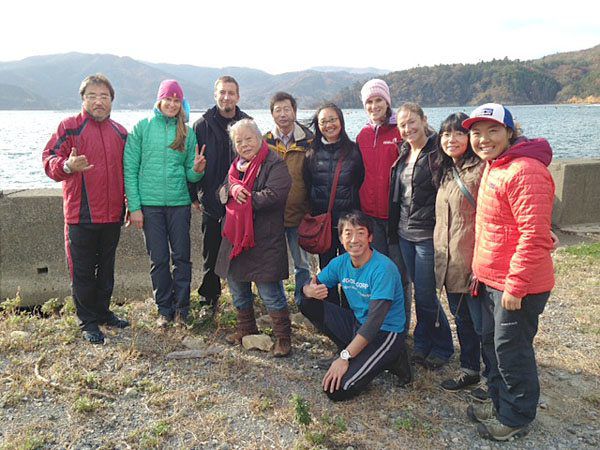 In this photo taken by Jon Schmidt of Sequim, participants are amazed at the mass of tsunami debris on Kozugahama Beach, facing the Sea of Japan, that had collected after only one month after the beach was cleaned.

SEQUIM — After spending 18 months organizing the cleanup of tsunami and marine debris from Clallam County beaches, a Washington Coast Savers coordinator recently returned from a visit to the devastated Japanese coastal communities where much of the rubble originated.

When Jon Schmidt of Sequim represented the group at a coastal cleanup symposium in Canada last month, he didn’t expect it to lead him 8,000 miles west to ground zero for the 2011 earthquake and tsunami disaster. From 2002 to 2013, Schmidt was an interpretative specialist at Cape Disappointment State Park.

“When visiting the tsunami affected areas on the east coast of Japan, I was often reminded of landscapes along the Washington coast, certain areas looked like the Naselle River estuary, others reminded me of the rocky outcrops of Cape Disappointment,” Schmidt said. “As I spent time at these beaches, finding personal belongings strewn up into trees and bushes I couldn’t help but to think of my friends living on the Long Beach Peninsula.”

Schmidt said preparing for such a disaster is an individual responsibility.

“Scientists may make their best guesses as to our chances of a major local earthquake and resulting tsunami but each of us needs to stop discussing the likelihood of a major disaster and prepare for it, now,” he said. “Don’t plan on driving away after a major earthquake, know where you will go and where your family members will be. Find the nearest and highest ground, practice accessing it when it’s not an emergency. Encourage your local governments to develop realistic evacuation areas.”

Schmidt said that when he went to the “Symposium on Floating Articles and Debris Resulting from the Great East Japan Earthquake,” at the Vancouver Aquarium in British Columbia, he was expecting to hear perspectives on what is happening with tsunami debris in Alaska and Hawaii.

Instead, the discussion — with representatives from Washington, Oregon, Hawaii, Alaska and Japan — turned to the impact of returning some of that debris to the Japanese people who lost it, he said.

It’s the story of people who have had something returned to them, even if it is a broken personal watercraft, he said.

Five of the representatives from the Vancouver symposium were invited to the Japan Ocean Network symposium, held Nov. 11 through 17 in Sendai, Japan, to present what they know of what had been found on North American beaches and see the disaster site for themselves.

The disaster, now known as the Great Tohoku Earthquake and Tsunami, devastated coastal towns and villages on the central western coast of Japan and washed millions of tons of debris out to sea.

Currents dropped much of that on beaches from Alaska to California and Hawaii.

The final estimate of deaths caused by the magnitude 9 earthquake and tsunami was 18,500.

The tsunami wave, estimated to be as high as 140 feet in some locations, traveled up river valleys as far as 6 miles — far beyond what was believed to be the possible reach, leaving death and destruction in its wake.

By the time Schmidt traveled to Japan, most of the evidence of destruction was gone.

“All of the debris has been cleaned up,” he said.

While driving through a wide valley in the Sendai area, Schmidt said he was struck by the beauty of the area, and its similarity to the views he was used to seeing on the North Olympic Peninsula.

“It was a beautiful valley. Japanese maples were turning red. It looked like a totally unsettled valley. But there was a whole town there,” he said.

He described a former site of another city the group drove through.

“You couldn’t see the ocean from there. It looked like a plains. Then I realized I was seeing was foundation after foundation. A plains of foundations,” he said.

The most devastating site was Okawa Elementary School in Ishinomaki, Miyagi Prefecture, he said.

He was told that all of the students and teachers followed the school’s evacuation plan by filing out to the playground, where they were to remain until they received instructions from authorities.

Despite a steep path leading up the side of the valley to higher ground being adjacent to the playground, the students and teachers remained and continued following the earthquake emergency plan.

“From the playground to the hill it was only 100 feet,” Schmidt said.

When the tsunami arrived it was too late to evacuate everyone up the path — 74 of 108 students and 10 of 13 teachers died when the two-story school was completely submerged by the wall of water.

While most of the wreckage in the area has been removed, the shell of the school remains as a memorial to those lost that day.

Schmidt said the lesson learned is that people who live in or near tsunami zones — even if they think they are not in the immediate danger zone — need to have a plan and follow it.

On May 21, a U.S. Fish and Wildlife Service employee conducting a bird survey in Hawaii discovered the remains of a personal watercraft, which was tracked back to Matsu­naga.

He had lost his home and most of his personal property in the tsunami.

The watercraft had been one of his prized possessions, and donors paid to ship it back to him.

It was returned to him Nov. 10, his birthday.

It was one of the few things he had to represent his previous life and is treasured despite its poor condition, Schmidt said.

Matsu­naga, who now lives in temporary housing in Iwaki City, said he was grateful to get it back despite it no longer working, Schmidt said.

Schmidt said it was unclear what he would do with the wreckage.

Many survivors live in large villages of temporary housing — 10-foot-by-12-foot boxes without plumbing, he said.

There are shared bathroom facilities, and the government is not allowing rebuilding at many sites at high risk for future tsunamis, so the residents have nowhere to go.

Farmers and fishermen whose work and property are within those zones have constructed small, temporary shacks to live in and be near their work, Schmidt said.