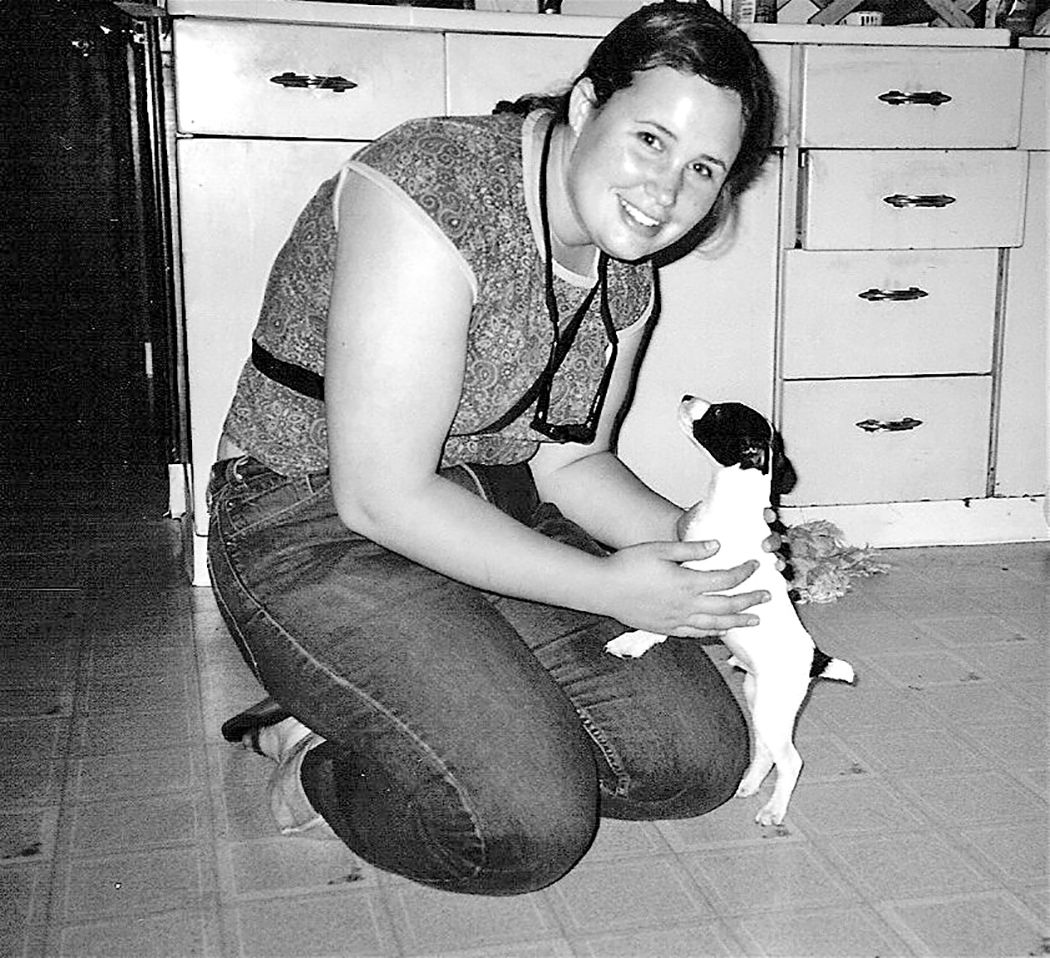 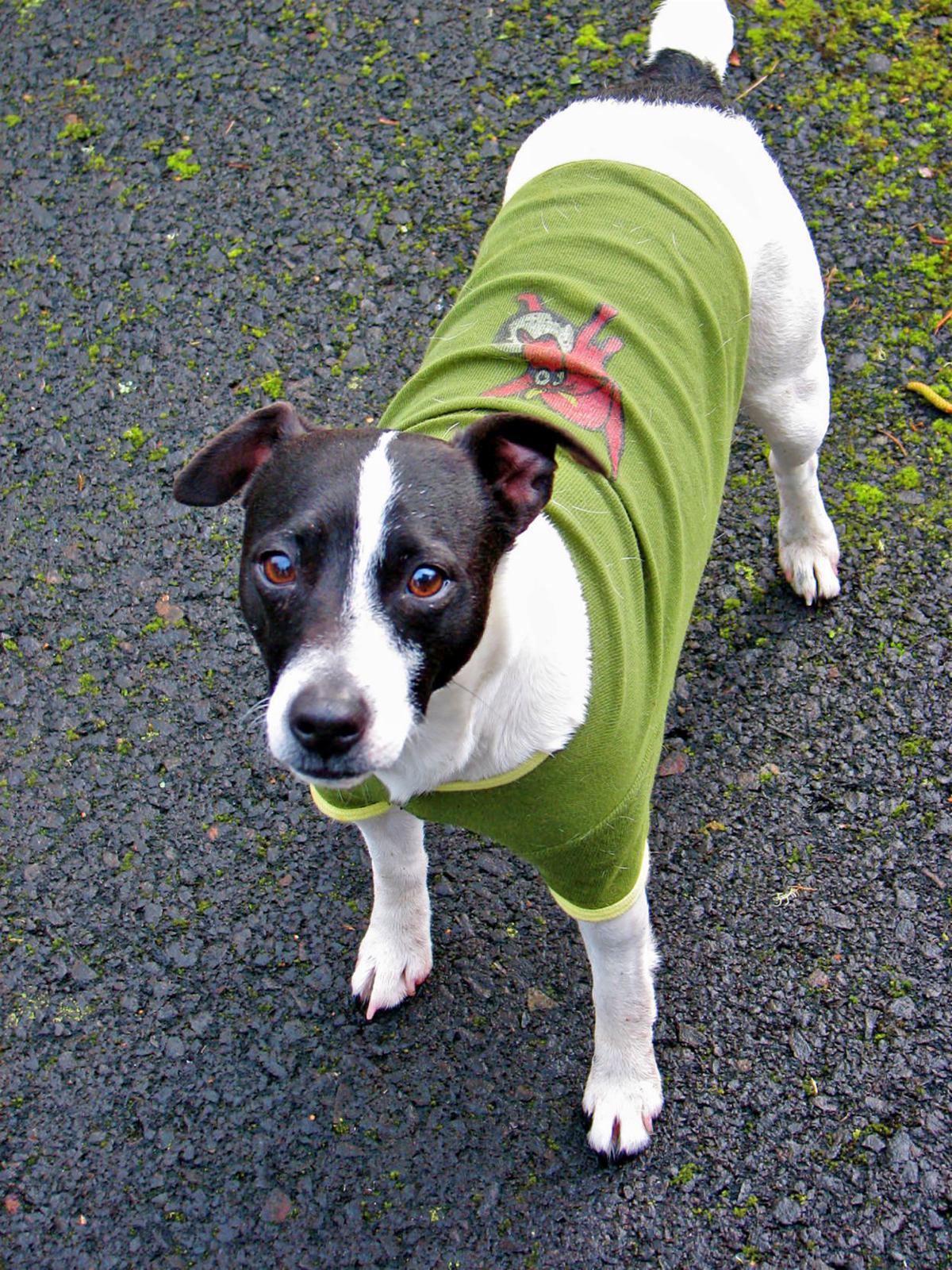 Oscar came to appreciate a warm sweater on cool days as he grew older. 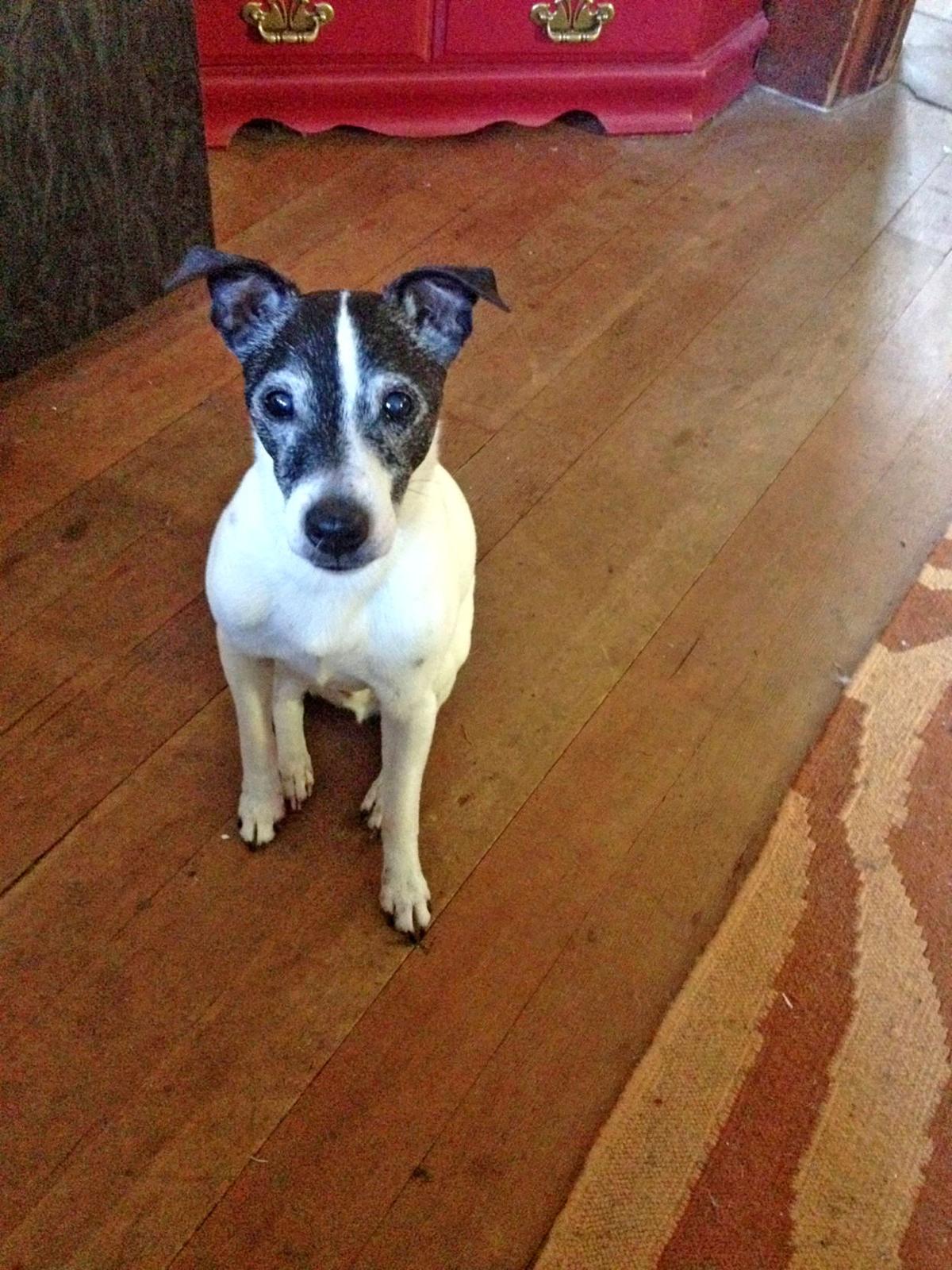 Oscar traveled to South Korea with his owner when he was 12. 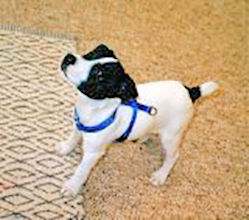 Oscar as a puppy was remarkably full of energy and boundless courage.

Oscar came to appreciate a warm sweater on cool days as he grew older.

Oscar traveled to South Korea with his owner when he was 12.

Oscar as a puppy was remarkably full of energy and boundless courage.

There was drama from the get-go. Little did I realize that I was just being initiated into my new life as the owner of a Jack Russell terrier.

My sister and I drove to meet the woman and puppy at a McDonald’s parking lot off of Interstate 5. As we walked up, we saw her sitting on her car’s tailgate, feeding him two hamburger patties. The puppy I had picked out over email weeks earlier was a stout brown and white female, but the one she brought me was a black and white runt, no bigger than a squirrel.

She called my bluff. There was no way I was going to go home without that puppy.

On the drive home, my sister held him on her lap and we ran through names. “Kafka” was on my list — an homage to my literary hero.

“I think he’s an Oscar,” my sister said.

She was right. My fate was sealed with no going back.

I lived in constant fear that Oscar would kill himself. At night, he loved to snuggle. By day, he was a powerhouse. Oscar even earned the moniker “Mitochondria Dog” from one of our scientist friends while on an ultimate frisbee field one day.

We quickly learned that Oscar had two switches: on or off. One time, he chased a frisbee until all four of his paws were bloody.

'When Oscar turned 19, I began to wonder if he would live forever.'

I also feared he would disappear and die mysteriously. He made three great escapes. The most daring one happened at my husband’s construction job site while I was out of town. Oscar slipped out a car window. We later learned he had been running down U.S. Highway 30. A kind woman picked him up, ran his microchip at Petco and found us days later. My husband camped in a tent all night at the job site awaiting his return, not knowing Oscar was cuddling up to his rescuers.

At 12 years old, Oscar became an international traveler when he moved with me to South Korea to teach English.

I feared he would die in the bottom of an airplane cringing in fear at all the loud noises. When we returned to the U.S. three years later, he was 14 years old. I worried he only had a few years left.

When Oscar turned 19, I began to wonder if he would live forever. I let down my guard even though he had lost his ability to leap five times his height, chase a stick or dart like a squirrel. His muzzle turned gray and he grew little rings of white hairs around his eyes.

When he was 20 years old, I came home from work one evening to the sound of wailing. I rushed to find Oscar on his dog bed, legs tensed out stiff in agony and his eyes glassy.

“How long had he been like this? How could this happen while I was at work?” I asked myself.

My body filled with fear over making the right decision.

As I carried Oscar into Columbia Veterinary Hospital wrapped in a blanket he was limp and his eyes were blank and cloudy.

My husband left work to join me and we stood next to the metal table. Our friend Dr. Hlavin gently told us that Oscar was dying and it was OK to let go.

At that moment, years of suspense around Oscar’s death dissipated. He would not die from getting hit by a car, in the bottom of an airplane or by running himself to death. For the first time in 20 years,

I knew that Oscar would die in a completely unexpected way: no fear, no drama; just surrounded by his tiny pack of humans petting his head as he gently drifted away.

Heather Douglas is a freelance writer, illustrator and educator.

Has Covid-19 been in humans for years?

Intensive care doctor with coronavirus made goodbye video for her kids

The answer to the mask debate may come from Asia