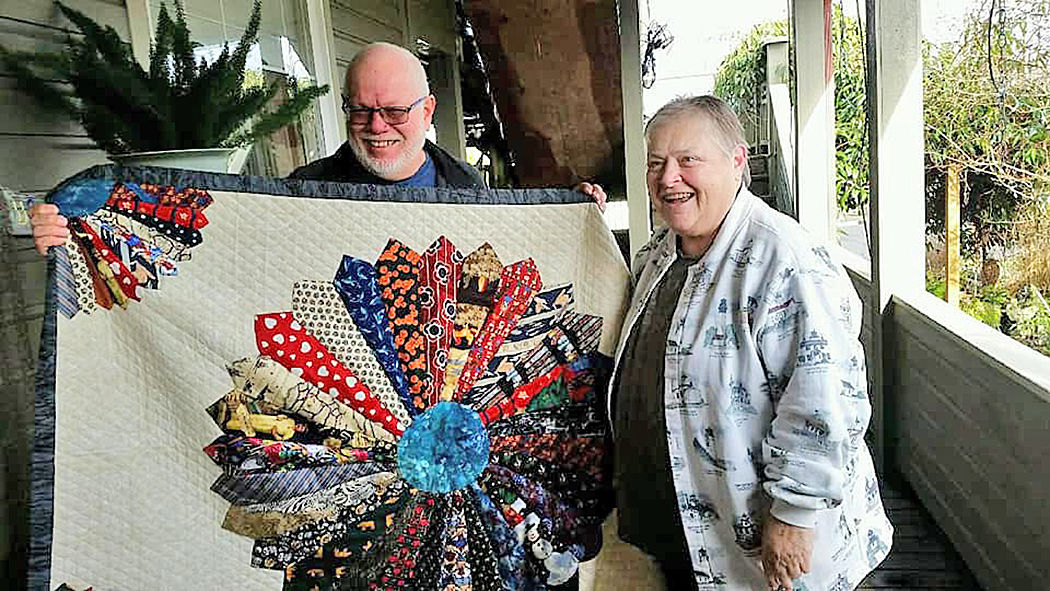 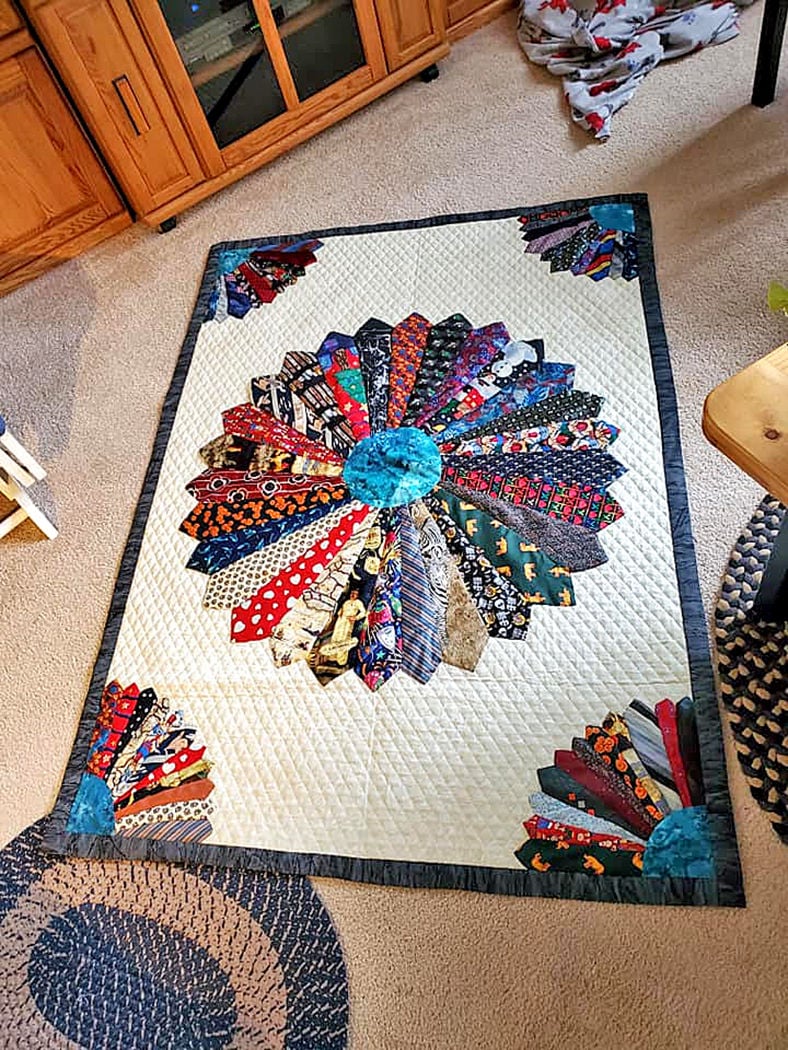 The quilt features a circular design, with the central wheel effect create by ties and the smaller ends used in the corners.

The quilt features a circular design, with the central wheel effect create by ties and the smaller ends used in the corners.

SEAVIEW — When it comes to 2020’s first random act of kindness, Carmie Wolff takes the cake.

A couple of years ago, the part-time Seaview resident was browsing for bargains during the Peninsula’s giant Memorial Day weekend garage sale. At a Long Beach area home, she picked up a box of colorful ties and considered making a quilt with them.

She put off the project until a couple of months ago, then set to work at her home in Fairview, Oregon, at the west end of the Columbia River Gorge. After some painstaking sewing, which involved considerable artistry to figure out the best color combinations, she completed it. It features a multi-colored circular design on a light quilted background with the smaller ends of the ties used to color the corners.

Once done, Wolff was faced with the question of what to do with the tie quilt, because almost all those featured were from that one owner. “My first thought was: I wish I knew who he was. It looks so cool.”

She decided to try to track him down. A photo posted on the Friends of the Peninsula Facebook page collected lots of “likes” and positive comments, but no solution. So she enlisted the help of friends Don and Jan Krueger of Seaview, who had trekked to the sales with them.

Their memory helped them retrace their steps — and they found Michael Diaz.

Wolff recalled his reaction when Jan Krueger and her husband, Richard, knocked on his door, quilt in hand. After the initial shock, Diaz invited them all in. “He said, ‘I hope you take good care of it,’ and I said, ‘No, you’re going to!’”

Diaz is a retired American Airlines flight attendant, so there were several ties with an aviation theme, as well as colorful Christmas and other holiday designs. “It’s not a work of art, but the ties are as he wore them,” Wolff said.

Diaz was delighted with the gift, not just its beauty but its unexpectedness. “It’s amazing,” he said. “I was totally surprised. We had absolutely no idea what was going on, at first.”

He noticed it was hand stitched. “It’s just too nice to use. We are trying to find a good place to hang it in our home.”

Their sale a couple of years ago was designed to clear space. “I just discovered I was collecting ties!” he laughed. “As I never wore them, we decided to declutter our home and have a garage sale. They had no sentimental value — but this, this is just cool!”

Surgical gown shortage delays surgeries across the US