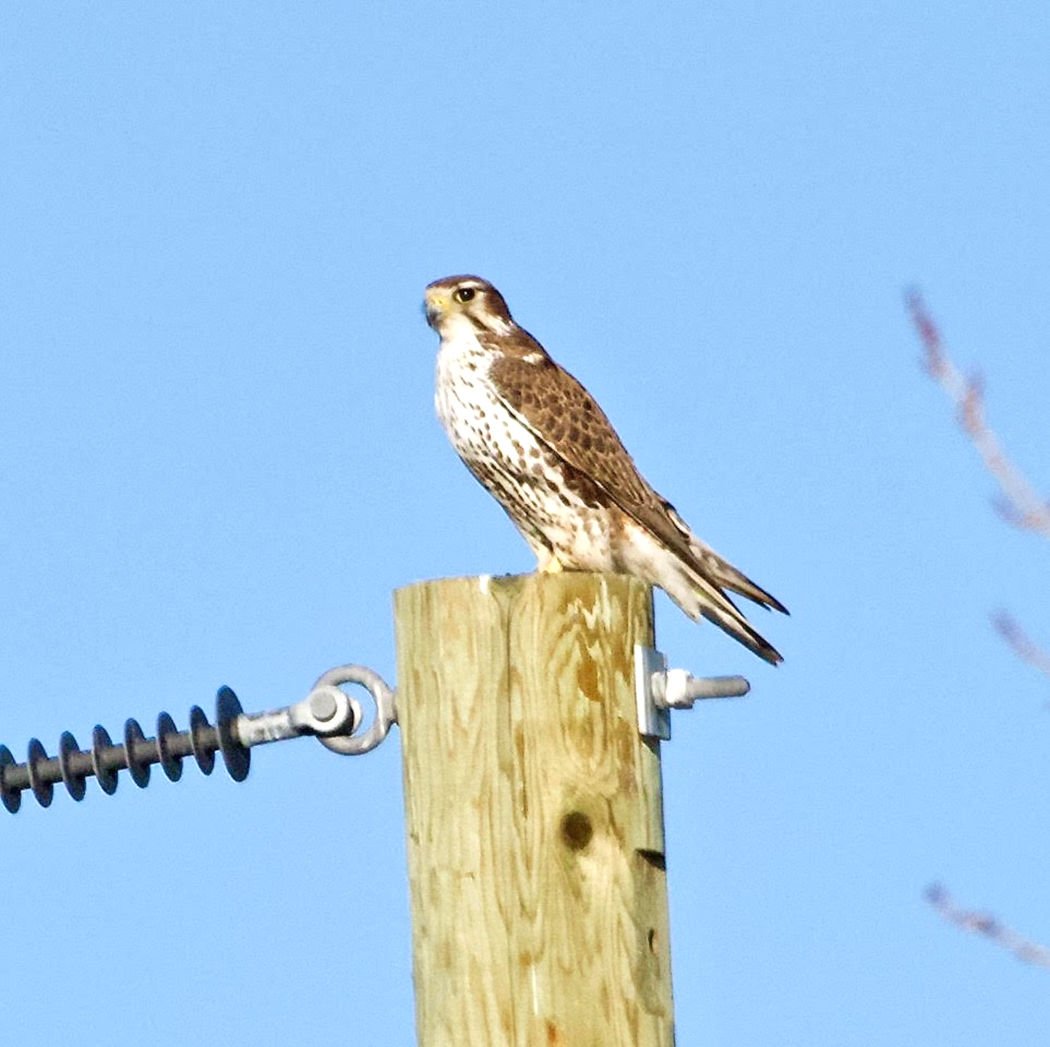 The prairie falcon has a white cheek framed by a brown mustache and a brown eye stripe. 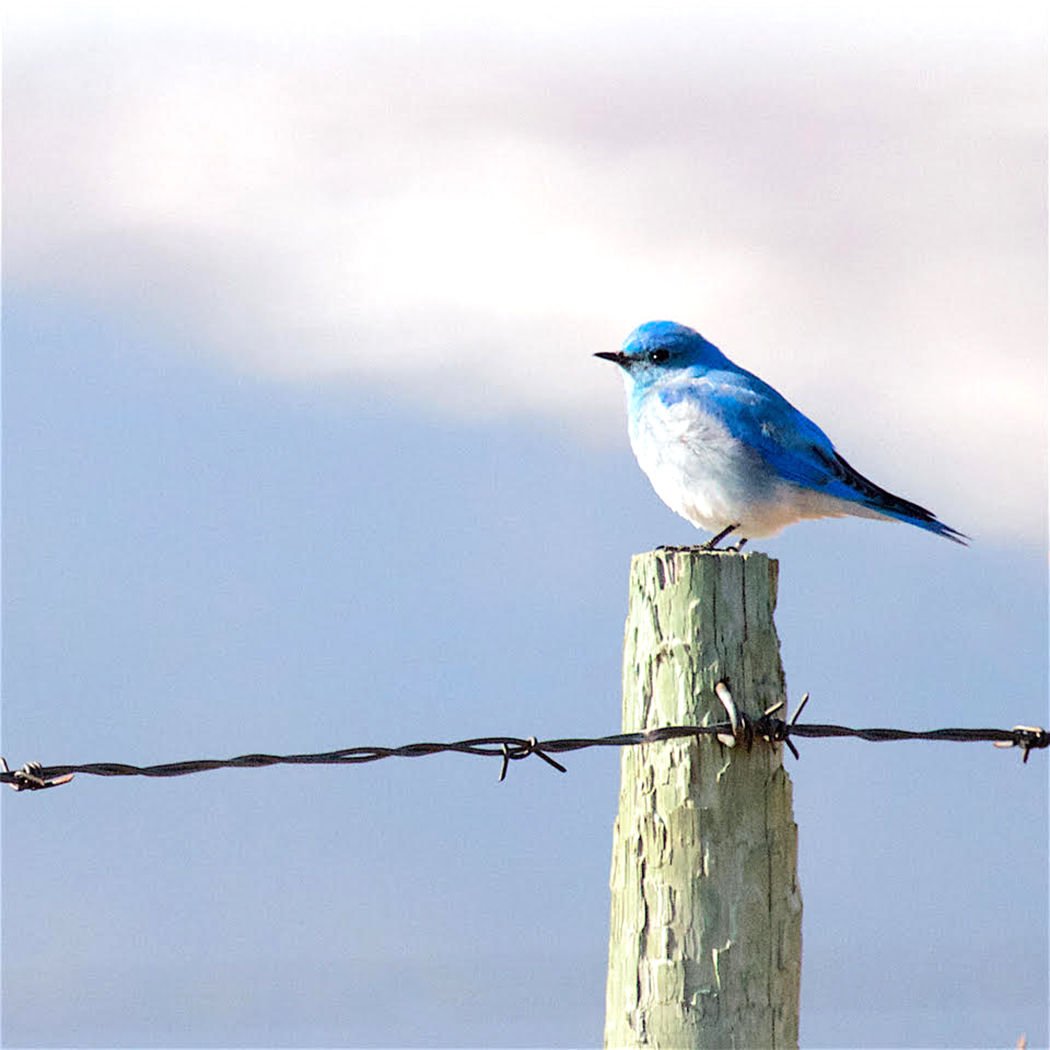 The male mountain bluebird is a brilliant azure-blue. Males and females like to sit on fence posts or power lines. 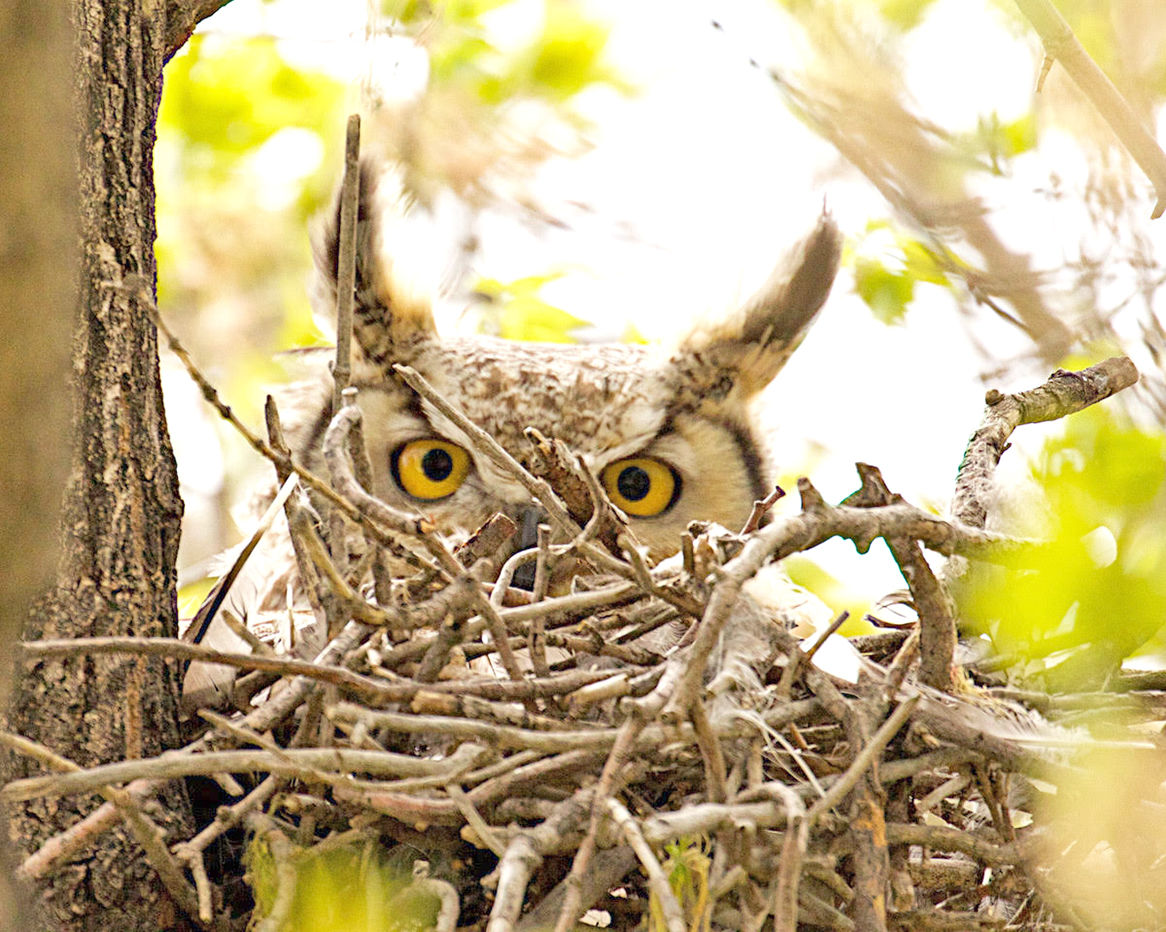 Great horned owl sitting in its nest. Great horned owls don’t build their own nests so this bird is probably on an old nest belonging to a red-tailed hawk or another raptor. 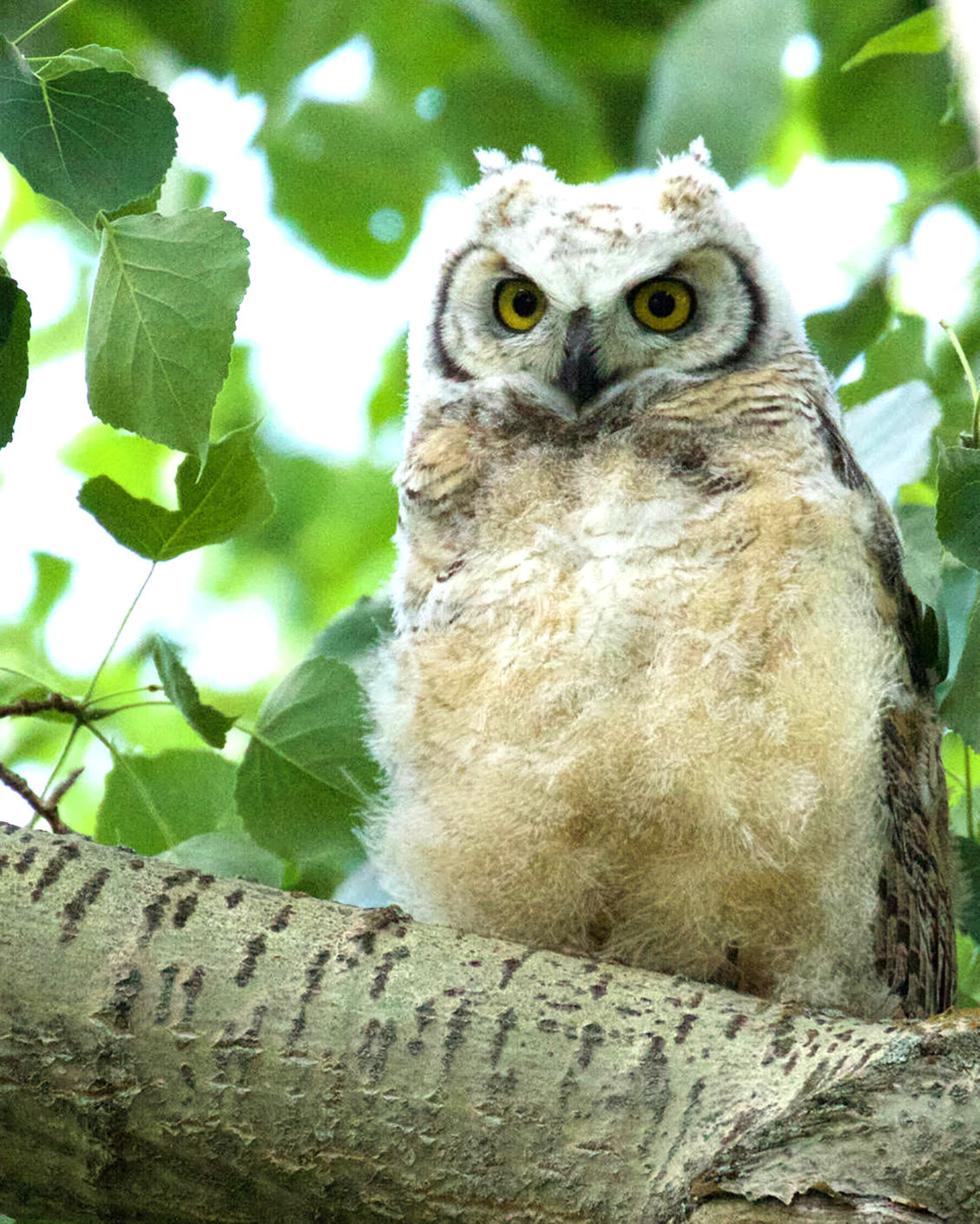 The prairie falcon has a white cheek framed by a brown mustache and a brown eye stripe.

The male mountain bluebird is a brilliant azure-blue. Males and females like to sit on fence posts or power lines.

Great horned owl sitting in its nest. Great horned owls don’t build their own nests so this bird is probably on an old nest belonging to a red-tailed hawk or another raptor.

The “new normal” is creating all kinds of interesting happenings. The other day I received an email from my car’s app indicating that the battery needed attention. The cure was to take it for a 30- to 60-minute drive or use a battery charger. I chose the 60-minute drive. Boosting the charge on automobile batteries these days is very complicated, at least according to my car’s app!

The one-hour drive turned into a three-hour drive. Why? Because I chose to go on a jaunt to the back roads in the foothills of the Rocky Mountains to look for birds! This would be my first outing in six weeks so I jumped at the chance to still stay self-isolated, power up the car battery as instructed by the app, and all the while expanding my horizon on the birds.

The “just passing through” birds were present as well as some that are already nesting. The bird I was most hoping to see was the mountain bluebird. They are one of the early spring arrivals in Alberta. I was not disappointed. Six pair were sighted. The brilliant azure-blue males were all sitting on the roof of their chosen nesting box. Unbeknownst to them, their homes are on one of the many Mountain bluebird survey routes in Alberta, Canada. The fact that nest boxes are provided in many places in the Rocky Mountain foothills to augment their nesting cavity choices almost ensures a sighting or two. The female Mountain bluebirds were sometimes sitting on the fence or power lines nearby or going in and out of the nest. At times the male bluebird would also sit on the power lines or fencing wire to sing his heart out to his chosen mate and to warn other males that this was his territory. The days are relatively warm now so insects abound. Thus, Mountain bluebirds are getting on with laying their eggs and raising their brood.

The winds can blow strong in the foothills of the Rockies. The updrafts and downdrafts created bring out the raptors. They soar above the hills conserving energy. They look down as they fly to check out the land below. It is not unusual to see bald eagles, common ravens, red-tailed hawks or even a prairie falcon in the area. The wind came up as I drove through the foothills and with it came a spectacular sighting. A prairie falcon came soaring over the vast open spaces close enough for us to identify it. It is a swift powerful predator with a penchant for ground squirrels, and other small mammals, ground birds such as the western meadowlark and reptiles.

The prairie falcon is pale below, a “soft mottled brown” above. It is head is light in color. Its white cheeks are framed by a brown moustache. Another field mark is its black armpits which are visible when the falcon is in flight. This was a rather special sighting for me because I have only seen two or three of them in all the years I have been birding. The prairie falcon is designated as a “may see” or a “lucky to find” bird in the Calgary region. It is no wonder that I have only a few sightings of it.

The land in the foothills of the Rockies where I often go has the valleys that go with foothills. Ranchers homestead there so large herds of cattle wander the area, white-tailed deer are often seen grazing and in some cases large herds of elk. The large expanses of ranch land are often dotted here and there with small groves of trees or even a single tree standing alone as if on guard. Large stick nests had been added to some of the trees when I drove the area. Close examination indicated that they were occupied by red-tailed hawks or ravens. The red-tails are well into their nesting season.

Birders often talk about their “go home bird” which is the last species they see before heading home from a day of birding. My go home bird was a great horned owl and its two fluffy white youngsters sitting together in a very bulky, stick nest. A few thoughts crossed my mind. Were they were staying in? Were they self-isolating! Do they know about covid-19? It was getting late. The car’s battery was charged. It was time for me to return to self-isolation in my Calgary nest!

States doing the most and least COVID-19 testing