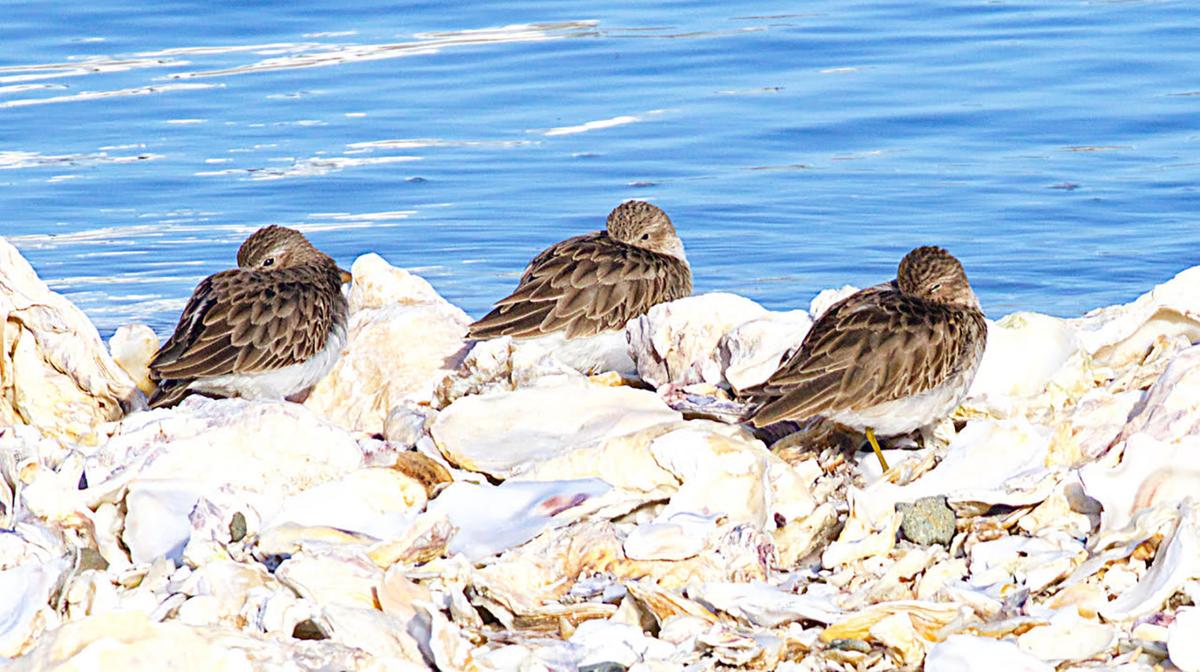 Dunlin were among the most numerous birds seen.

Black-bellied plover were present in larger numbers than expected.

This northern harrier is on the hunt. 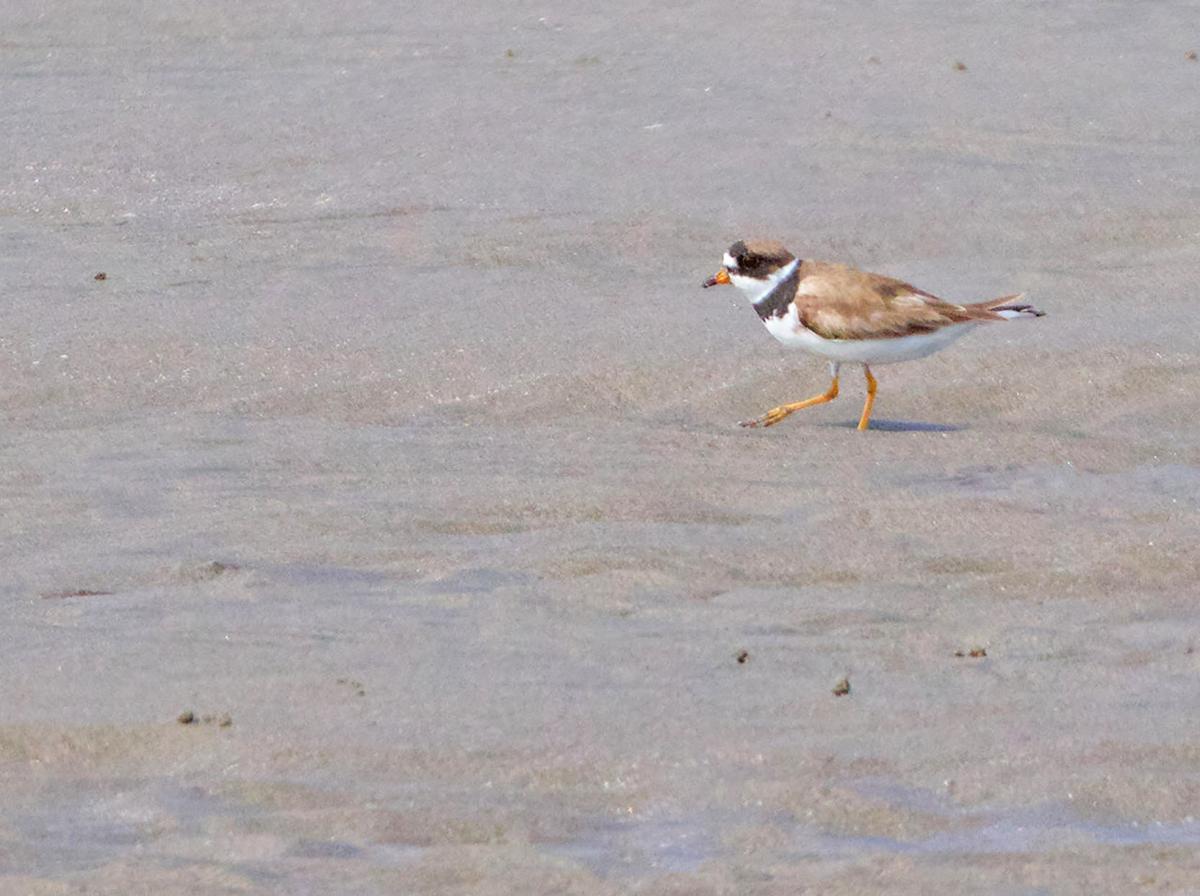 Semipalmated plover were few in number, but present on the flyway count. 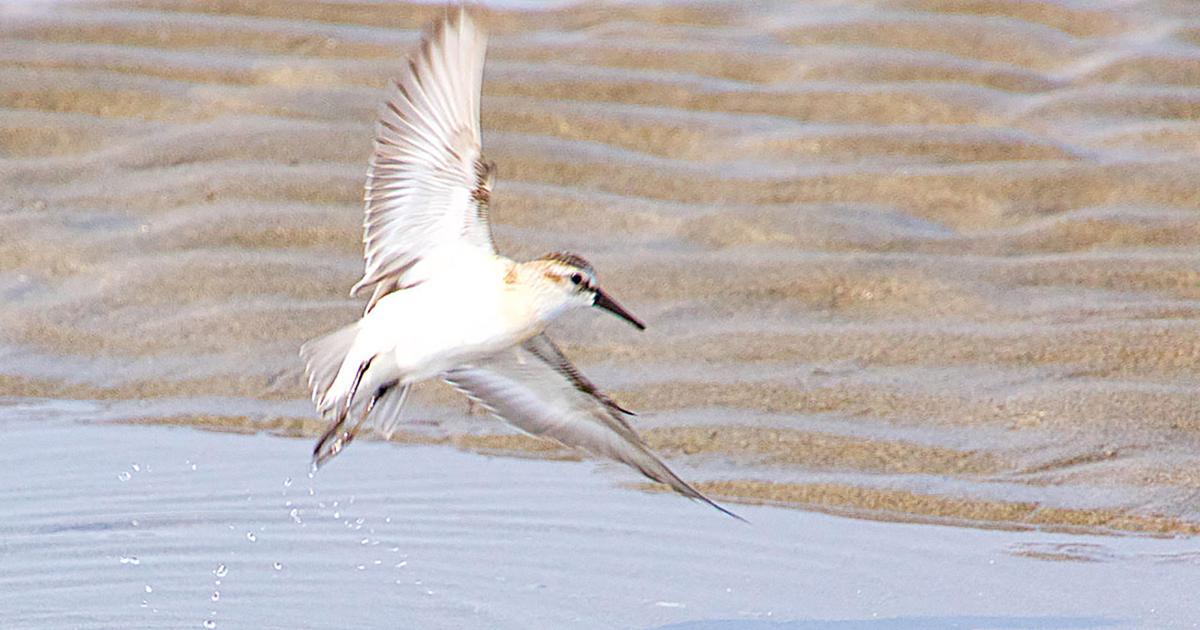 Dunlin were among the most numerous birds seen.

Black-bellied plover were present in larger numbers than expected.

This northern harrier is on the hunt.

Semipalmated plover were few in number, but present on the flyway count.

The last two days have a been a whirlwind for viewing and counting shorebirds along with any diurnal raptors in the area that might influence the presence and numbers of shorebirds in the area being surveyed. It was citizen scientists in action doing a good thing for the shorebirds of the Pacific Flyway. My friend Susan and I were participants in the Pacific Flyway Shorebird Survey (PFSS) on both days and found it to be an exhilarating and educational experience. It was a “feel good” activity from start to finish.

It all began with a good read on the project, watching a 15-minute video on how to go about the survey along with definitions of habitat type, weather conditions and tidal information. We also reviewed shorebirds in winter plumage. Vanessa Loverti, regional shorebird biologist with the U.S. Fish and Wildlife Service Division of Migratory Birds, spearheaded and organized the survey. She gave us direction and answered our questions. It was a pleasure to work with her.

“PFSS is a coordinated multi-partner monitoring program led by Point Blue Conservation Science designed to guide the management and conservation of wintering shorebirds in the Pacific Flyway.” (eBird.org; dataprbo.org) The data collected is, contributed to the Migratory Shorebird Project, the largest coordinated survey of wintering shorebirds on the Pacific Coast. This larger coordinated survey includes the countries from Canada to Chile. (eBird.org; dataprbo.org)

The PFSS is an important and worthwhile survey for the mouth of the Columbia River area and the Peninsula. More specifically, Leadbetter, Willapa Bay, Chinook, Stringtown Road, our beaches and Cape Disappointment in our area were surveyed for shorebirds. The information collected provides data on species distribution, population trends, and on regional localized habitat along the coast, estuaries and wetlands of the Pacific Northwest. Previous surveys conducted in the 1990s were snapshots of the time. They did not address the effects of large-scale environmental changes on wetland habitats throughout the Pacific Flyway which are actually more recent occurrences. Those of specific interest include climate change, urbanization, wetland restoration and management and the flooding of agricultural lands. (dataprbo.org). Thus, the current PFSS survey will provide assistance for those engaged in managing our resources for the conservation of shorebird habitats in view of these more recent environmental changes.

Susan and I visited four sites, two on Willapa Bay and two in the Cape Disappointment area where we counted shorebirds, noted habitat composition, weather conditions, tidal conditions and visibility. Dunlin and western sandpipers were the most numerous on Willapa Bay. A few Black-bellied plover in winter plumage were seen along with two semipalmated plovers and two yellowlegs spp. quietly probing in the mud for their lunch.

It was thrilling to see flocks of hundreds of shorebirds, and in some cases, thousands flying in tandem as they wheeled over the mudflats of Willapa Bay. Bald eagles perched in the treetops or on posts in the bay just waiting to pounce on an unlucky shorebird or duck. Northern harriers and red-tailed hawks were also on the hunt for lunch.

Of course we couldn’t help notice the many thousands of ducks that have taken refuge on Willapa Bay and Bakers Bay. American wigeon and mallards were the most numerous. A few northern pintails were still around and bufflehead have begun to show up. Surf scoters were seen at Cape D.

All in all, it was a great two days of birding. Concentrating on surveying shorebirds and survey area conditions was an uplifting experience especially because we knew how valuable our contributions would be. Thank you, Vanessa, for inviting us to participate in this most important survey.