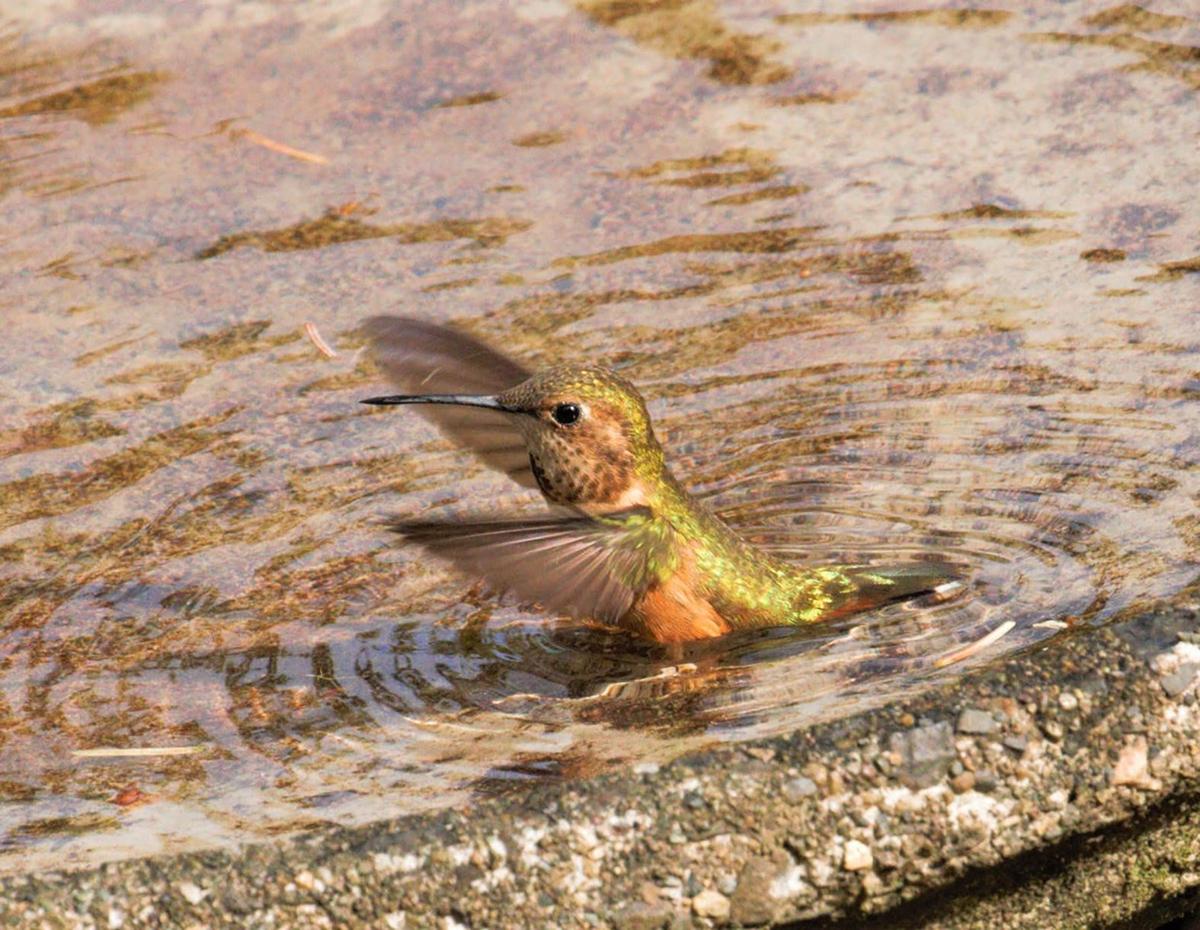 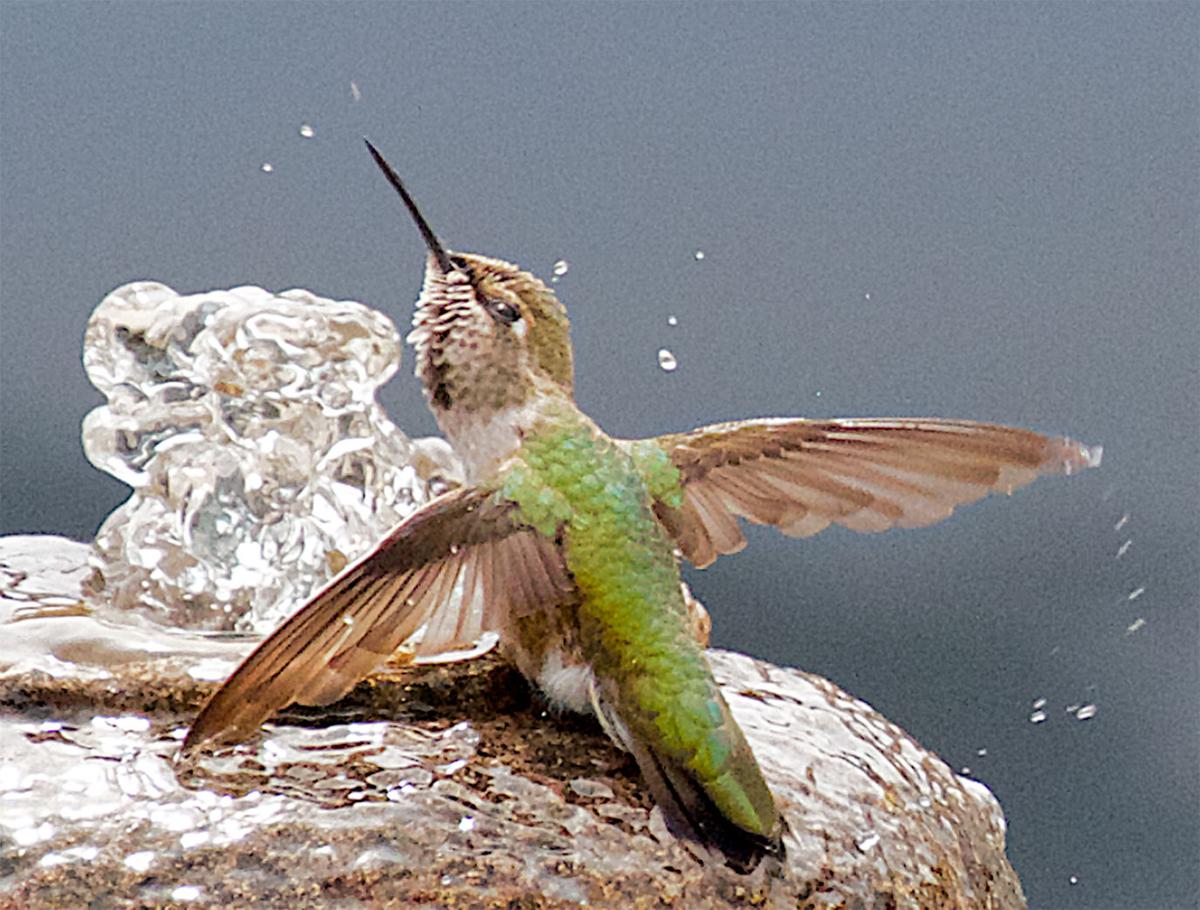 The Anna’s hummingbird is a permanent resident on the Peninsula. 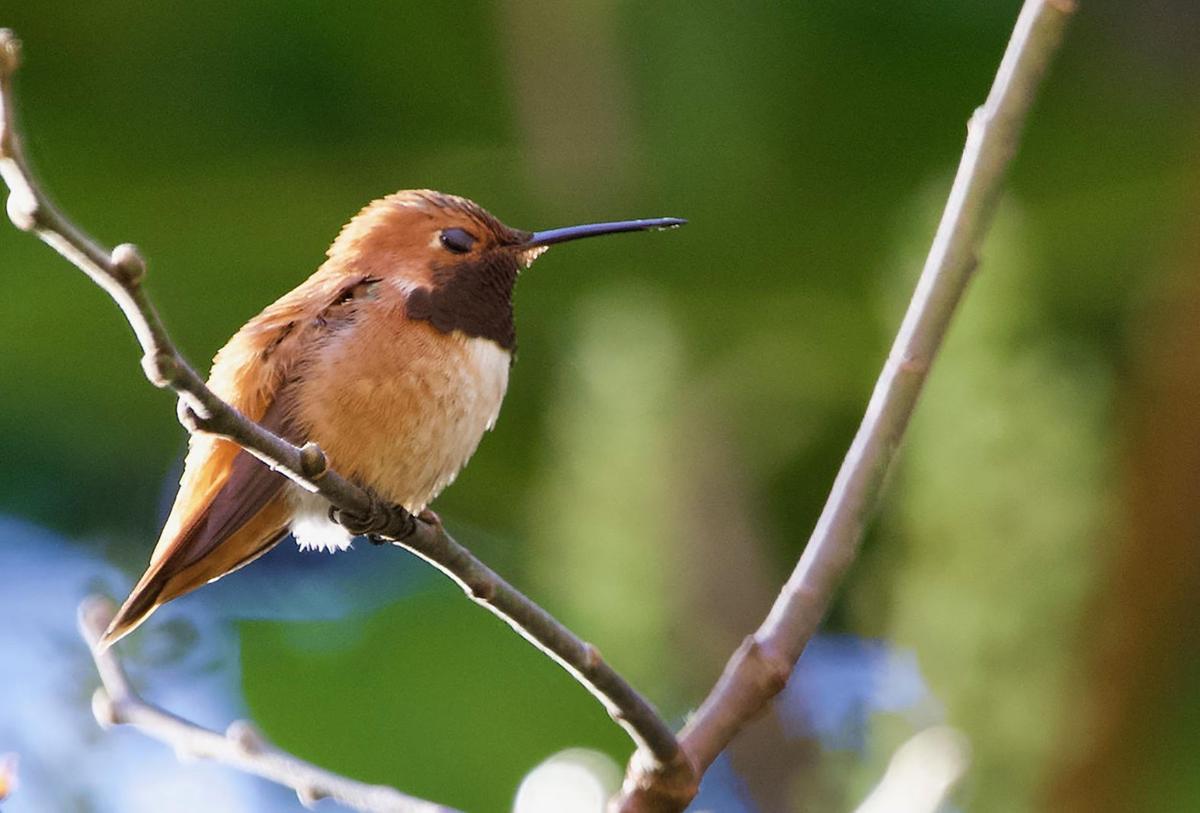 The Anna’s hummingbird is a permanent resident on the Peninsula.

Two species of these glittering jewels who wear iridescent feathers are residents of the Peninsula. The Anna’s is with us all year, but the rufous hummingbird only comes here in the spring to breed and raise its family.

Hummingbirds are among our tiniest songbirds, and are noted for their acrobatic flight. The Anna’s is about 4 inches in length, while the rufous hummingbird is slightly smaller at 3-3/4 inches. eBird is already indicating the presence of rufous hummingbirds in Pacific County in its bird reports. They usually begin coming to feeders on the Peninsula around March 6. So it looks as though they are right on schedule. The male is easily recognized by its overall rusty coloring and its flaming red gorget.

Anna’s hummingbirds are not migratory in that they do not make long distance flights to spend their winters in tropical habitats. However, they do move around their breeding range when the chores of nesting have been completed. Scientists have found that male Anna’s may begin singing and displaying as early as November, and breeding continues until late spring. Our milder weather makes this behavior possible. Males tend to sing from high exposed perches. It is thought that this behavior allows them an excellent view of their nectar sources. It is also thought, that sitting atop the tallest tree is a part of announcing their territory and securing it, and furthermore, that it is an attraction to potential mates (Newfield, 2017).

During our winter months Anna’s hummingbirds cope quite well, at least for a few hours or even a few days as long as there is sufficient food available. This is a very good reason to keep our feeders clean and full during these cooler days. While hummingbirds cannot survive ice cold conditions, most North American humming-birds can adapt to cooler temperatures by lowering their body temperatures and metabolic functions. At this time, they are experiencing what is known as torpor which can be described as a trancelike state. Coming out of this trance takes about a half hour before the bird’s body returns to normal.

We can supplement a hummingbird’s diet by making a nectar solution. The recipe is simple: four parts water to one-part granulated sugar. Bring this solution to a boil while stirring to help the sugar dissolve. Remove from the heat and let it cool. Now it is ready to fill our clean feeders. This supplement is good all year round. Hummingbirds are opportunistic. They will visit feeders whenever they are available and in between their meals of tiny insects and flower nectar.

Hummingbirds are amazing birds to watch. We can give them a boost by providing them with the nectar solution described above. They in turn give us an emotional boost when we observe these glamorous birds. I think they can become an important part of daily lives, if we let them!