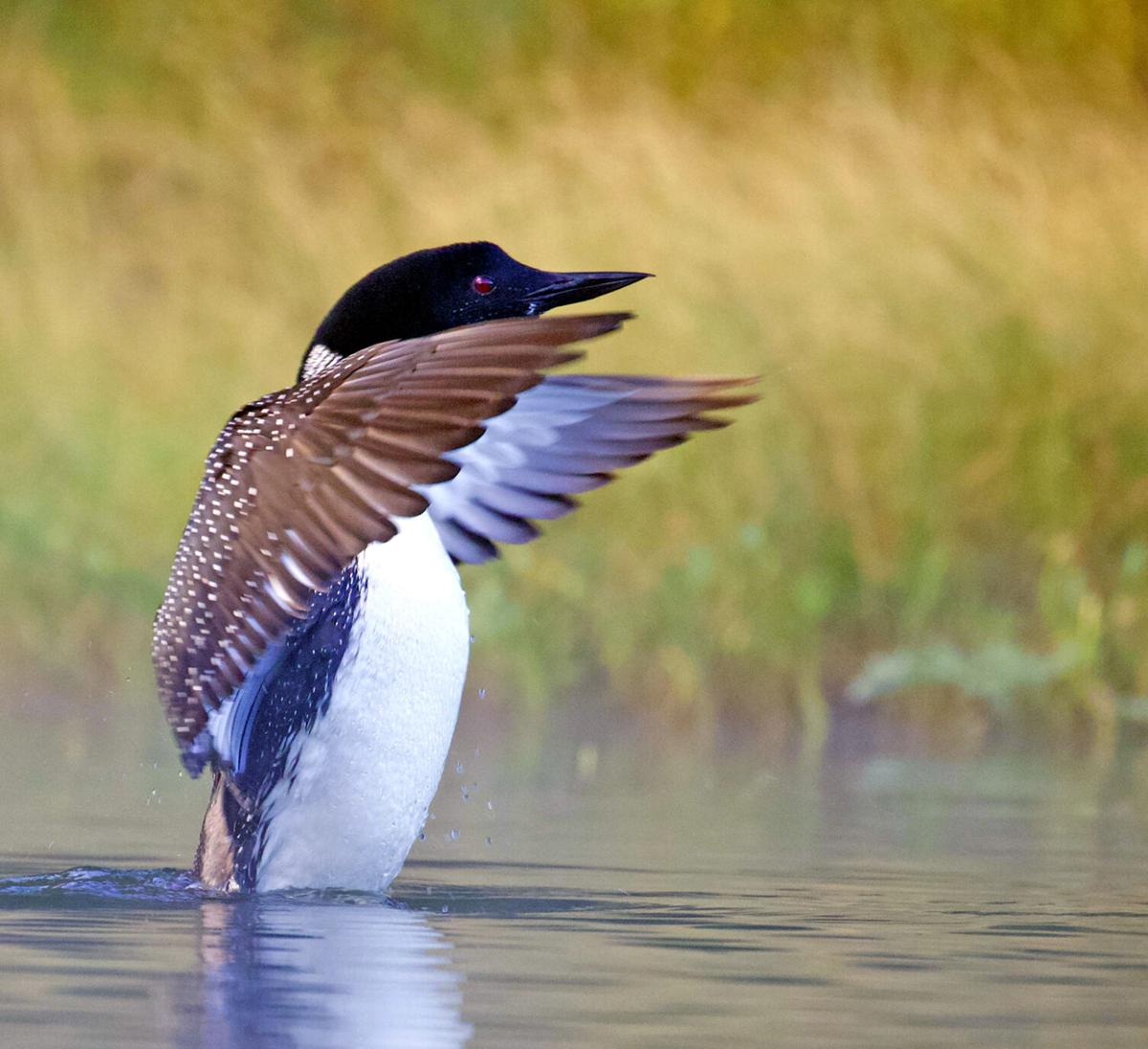 A common loon endulges in a penguin pose. 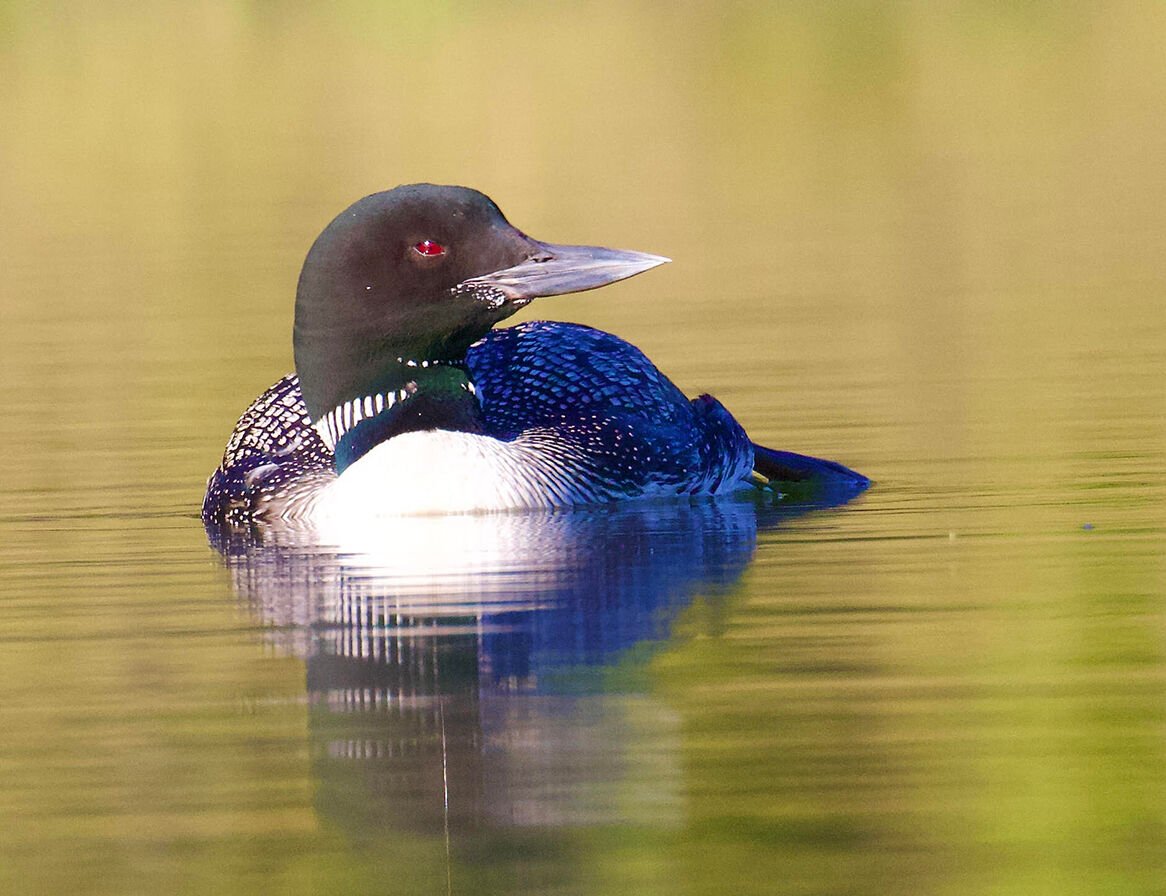 Common loon in breeding plumage: It is boldly patterned with a white necklace, greenish neck and its broad black head.

An adult loon does some leg waggling before it tucks it under its wing. 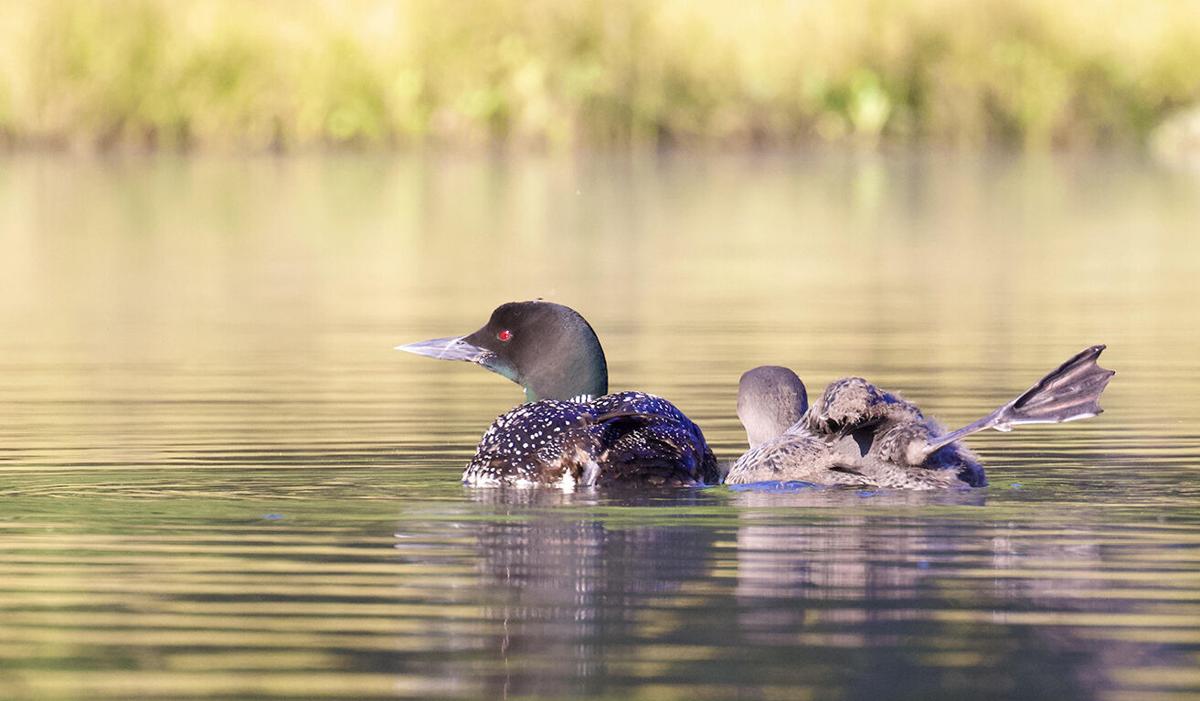 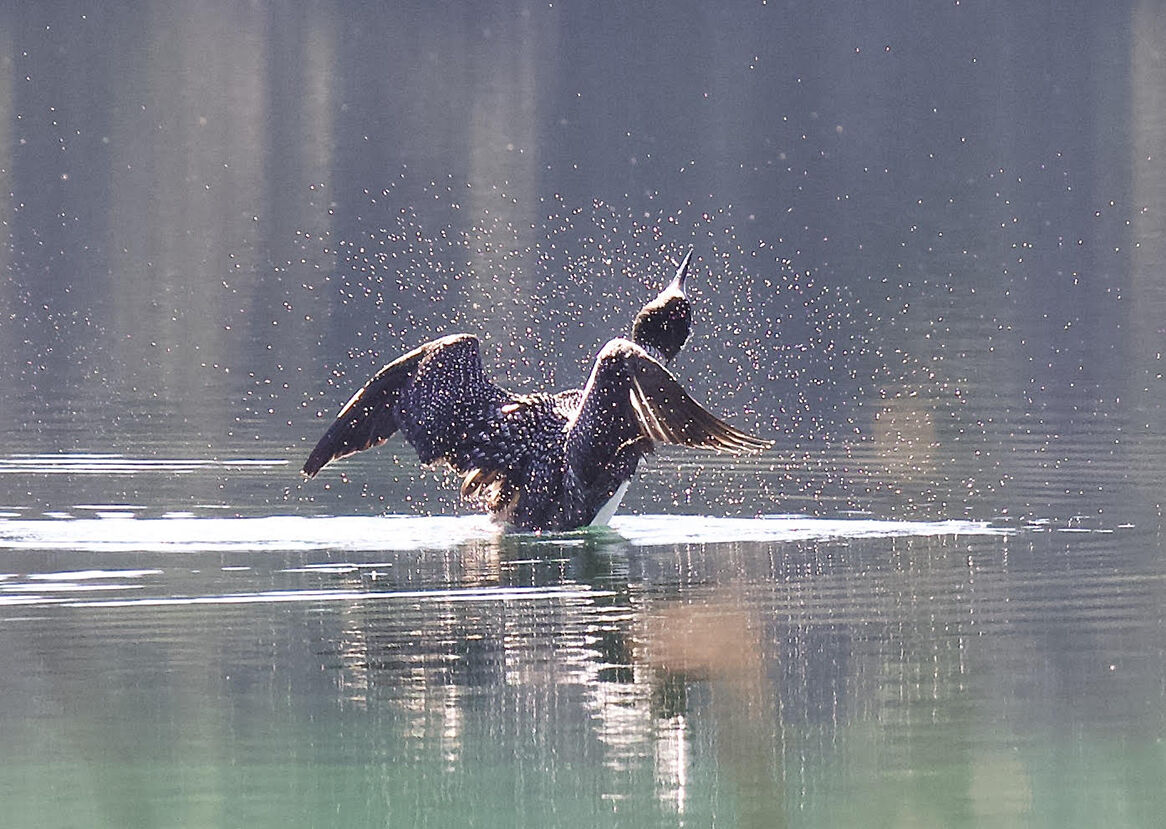 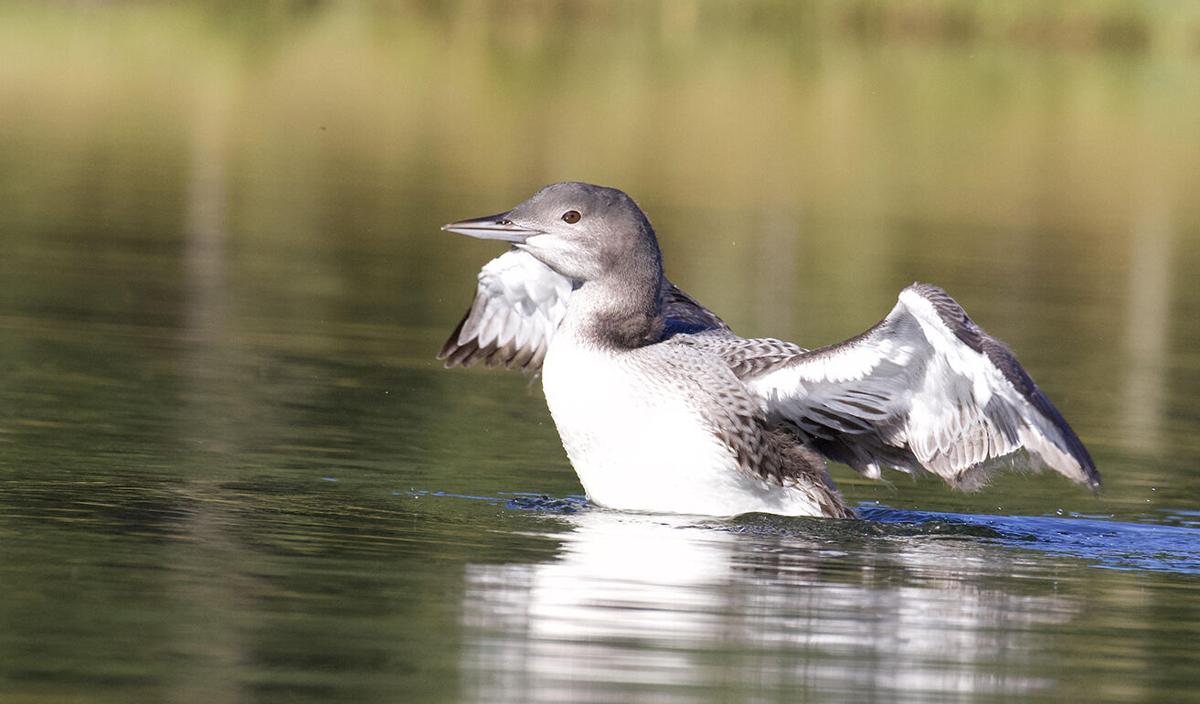 This chick is imitating its parent’s wing flapping routine.

A loon chick peers into the water looking for prey.

A common loon endulges in a penguin pose.

Common loon in breeding plumage: It is boldly patterned with a white necklace, greenish neck and its broad black head.

An adult loon does some leg waggling before it tucks it under its wing.

This chick is imitating its parent’s wing flapping routine.

A loon chick peers into the water looking for prey.

It has been a few weeks now since my “loon-atic” adventure, but the experience is still with me, and I think it will always be a memory that I won’t forget. Arriving at the lake where the mist was hanging low and rising slowly into the air was exhilarating, especially knowing that this early morning mist, and the one dark cloud overhead would ultimately give way to the warm and brilliant, golden sun. The light was just right. Armed with my camera and telephoto lens I was prepared to enjoy the day. And enjoy, I did!

I learned much about loon behavior that early morning. The common loon adults spent a long time at it when they preened. Their chick not so much. After preening the parent loon engaged in wing flapping, wing stretching and even a “penguin pose.” The chick followed suit. It had learned. Then there was leg waggling. The chick had learned this too. All of this behavior was indicative of territorial display. This was its family’s lake!

Even though the chick was able to feed itself much of the time, it was still begging to be fed. It was relentless at times, but the parent ignored the young bird’s pleas most of the time. The chick would then make an effort to get a protein snack on its own. I knew it was on the hunt for goodies as soon as it put its head underwater. It was on the lookout for a tasty morsel. I knew it was successful when it quietly slipped down into the water with hardly a ripple. Common loons are agile swimmers but are not so on land. Their feet are positioned far back on their bodies which allows for excellence and power in swimming but only awkwardness on land.

I had occasion to visit a northern Alberta Lake in Jasper National Park for few days last week. An adult common loon flew in one day. I am sure it is one of the birds destined for Washington and our Long Beach Peninsula’s coast where it will stay for two years before it flies north and back to Alberta. It was alone. It was feeding, resting and preening. It didn’t allow me to get as close as the first family did, but it did swim close to shore at times. I was lucky enough to capture a few interesting shots of furious wing flapping and the “penguin pose.”

The adult common loon is still in its breeding plumage. Its flight feathers will not begin to molt until it reaches our coastal waters. It takes longer for a common loon to raise a chick than other water birds, so they molt much later, usually in midwinter.

The boldly patterned common loon, with its white necklace decorating its greenish neck and its broad black head, is a sight to behold. You can still observe them in their breeding plumage, but when fall begins to turn into winter the common loon will wear plain grey above and white below. This majestic bird will fill your heart with happiness!