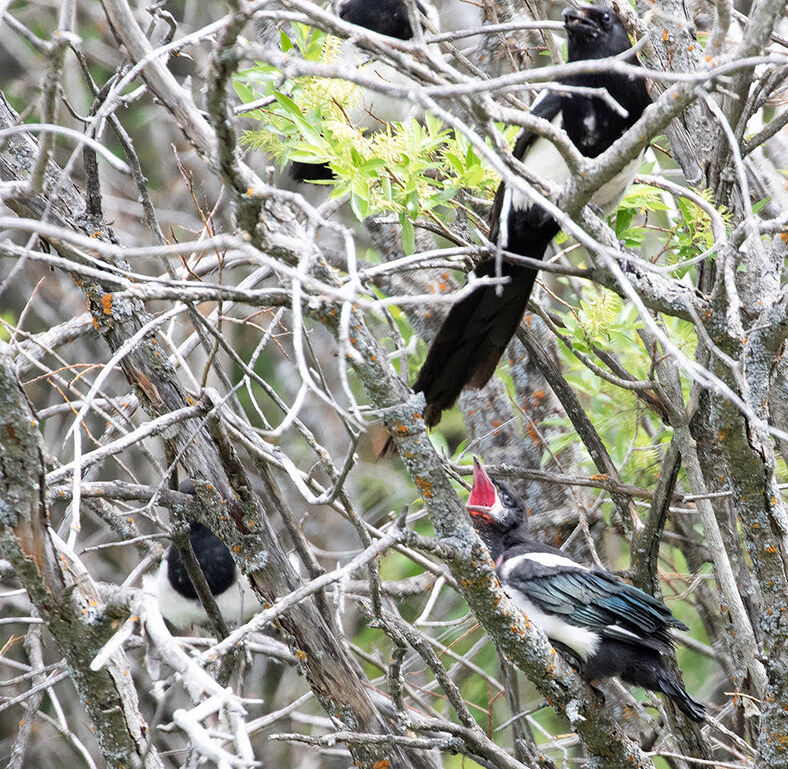 A black-billed magpie fledgling with its mouth wide open waiting for the goody that its parent (above) has in its bill. This species is a common permanent resident in the West. They live in the meadows, grasslands and sagebrush plains areas of western North America. 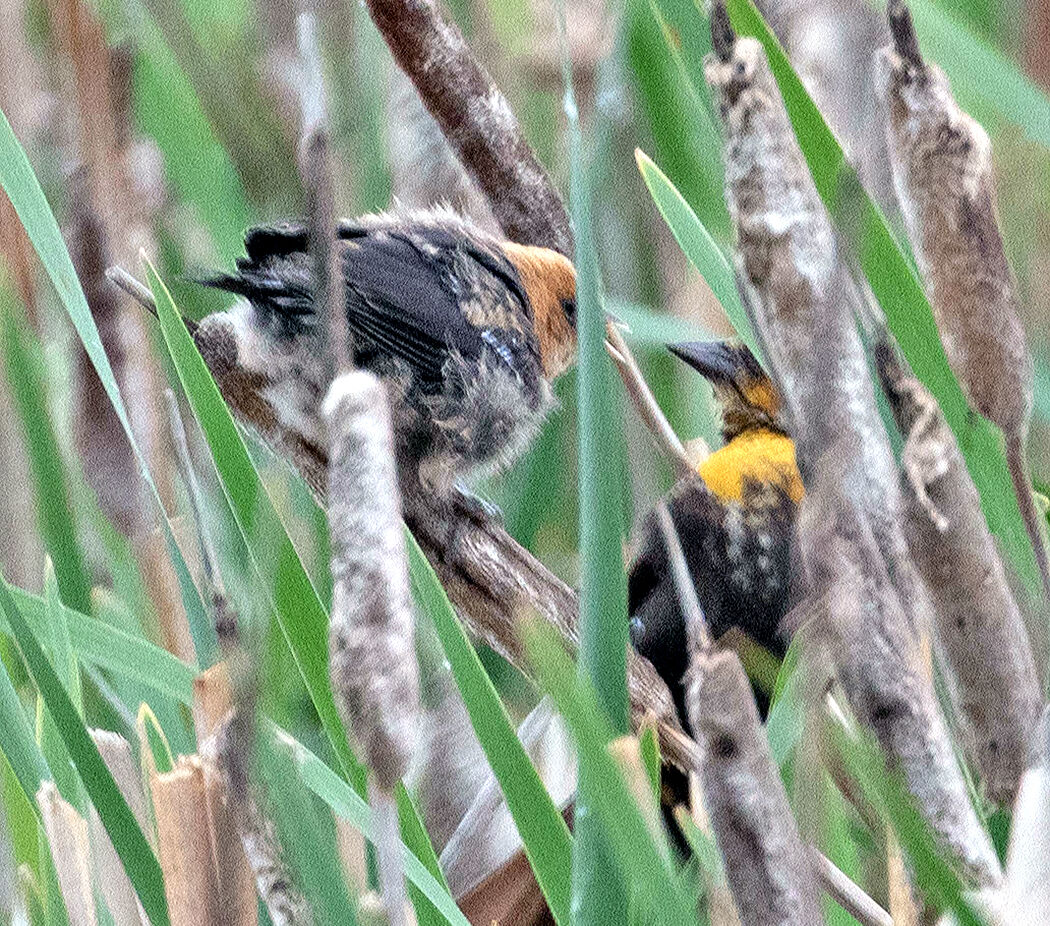 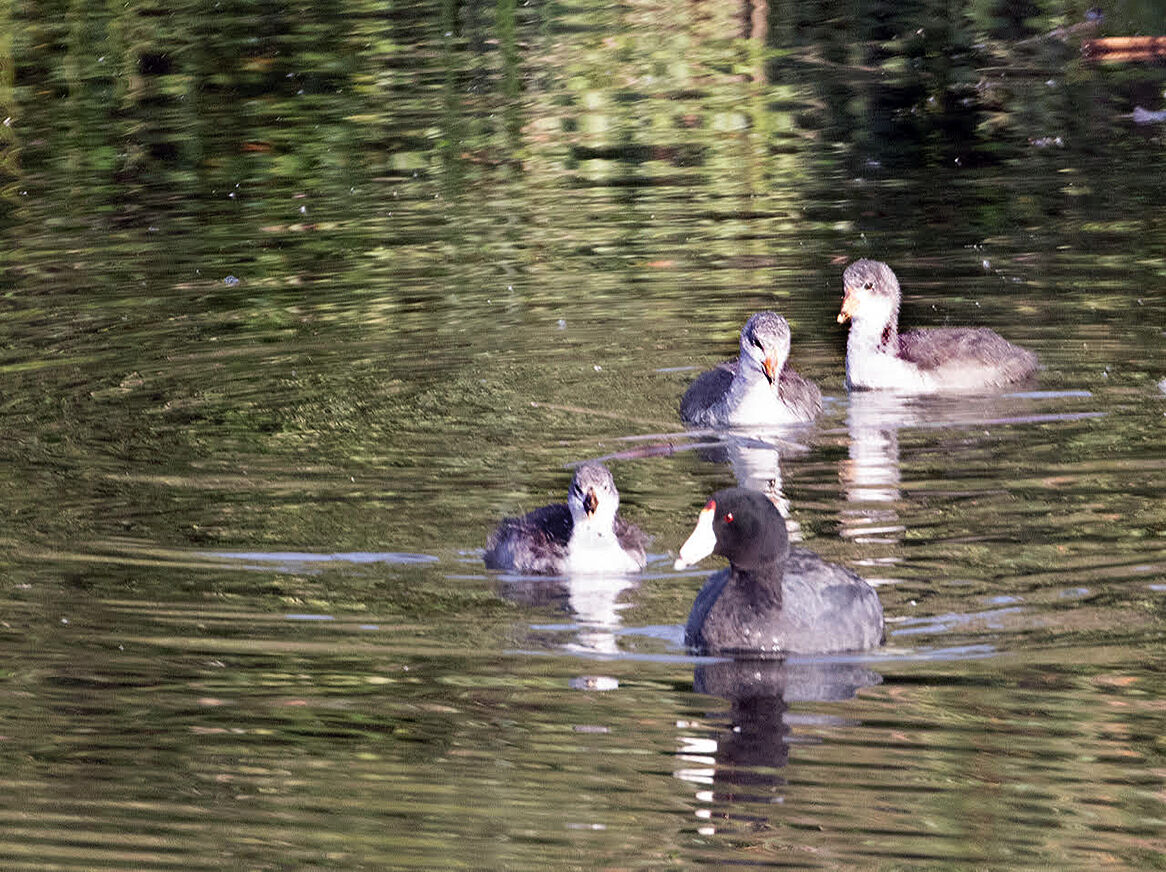 An American coot family paddles through a wetland. 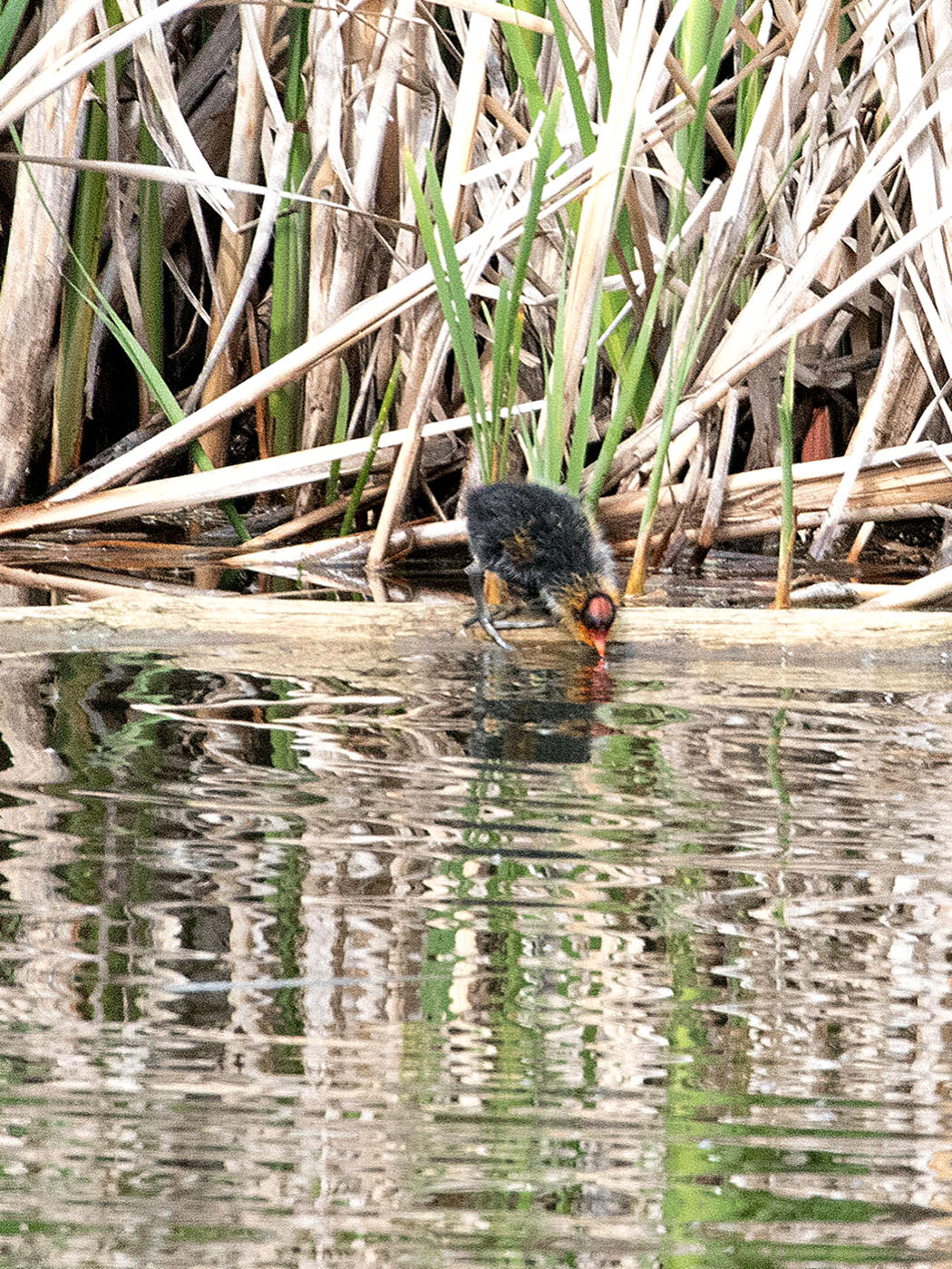 American coot chick showing off the orange-tipped feathers on its head. 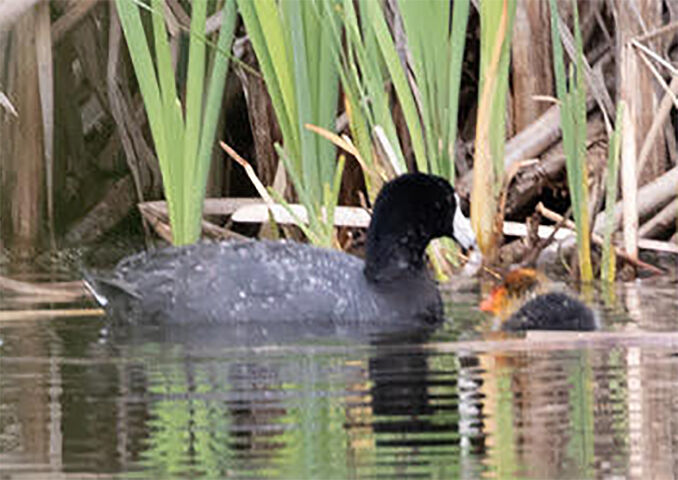 An American coot feeds her chick.

A black-billed magpie fledgling with its mouth wide open waiting for the goody that its parent (above) has in its bill. This species is a common permanent resident in the West. They live in the meadows, grasslands and sagebrush plains areas of western North America.

An American coot family paddles through a wetland.

American coot chick showing off the orange-tipped feathers on its head.

An American coot feeds her chick.

Little did I know that I would be able to write another article on fledglings that have just hatched or have been out of the nest for a few days or a little longer.

The mother red-winged blackbird that was feeding her fake baby, aka a brown-headed cowbird is no longer on the job. The baby cowbird raised by red-wing parents shown in the last article on bird babies has now left to join her own species. Momma dark-eyed junco is still parading her babies around my friend Shelley Ward’s yard as if she is teaching them how to feast on seeds and insects. Shelley awaits a second nesting by the dark-eyed junco parents. They usually check back in to the Hosta Hotel to raise a second family after the first fledglings become self-sufficient.

Young house sparrows are still begging for food. They seem to depend on their parents forever. They feed on their own, but the minute a parent comes anywhere close their wings begin to flutter faster and faster, the beak opens wide and the begging begins. From my observations, the parent usually complies by popping a tiny morsel into the gaping mouth.

Until this week, suet laced with insects was the hottest commodity in the yard. It was quite a job to keep up with the demand. Downy woodpeckers, red-breasted nuthatches and black-capped chickadees were constantly filling their beaks and flying off to their nest to feed their babies. As of the first of the week, these species vanished from the yard. The suet now remains untouched. This behavior is probably due to the fact that the young have now fledged and left the nest. They will not be ready to fly the distance to the yard for some time, but soon insect laden suet will become a hot commodity once again.

American coots, nicknamed “mudhens” are chicken-like birds, mostly dark slate-gray in color with a dark black head and neck. Its broad, white bill has a dark band at the end. A red frontal plate which is visible from close up is located just above the bill. It nests in freshwater swamps, marshes, on ponds, and shallow lakes, where it forages at the water’s edge for vegetation. However, they will also eat crustaceans, insects and invertebrates such as salamanders and tadpoles when they are available. The coot’s voice is not melodious. At best, it is a series of grunts or clucking noises. It is easy to recognize once you learn to associate it with the bird. Listen for it the next time you visit a marsh or swamp.

An American coot’s chick looks like it has a bad hair day. Wisps of orange tipped feathers or plumes decorate its head. The color lasts for about 6 days. Scientific research indicates that chicks with the best and most colorful head feathers are favored over other chicks by their parents. Some people think the chicks are ugly looking, but I think they are among the cutest of fledglings. I am still seeing coot chicks in the wetlands. It is likely that they could belong to a second brood.

Most of the fledglings, chicks, goslings, etc. belonging to our nesting birds have left the comfort of their nests and ventured out into the real world. Many of those who survive the experience will be mature enough to come back to us next year to do their part to ensure the survival of their species. I am already looking forward to seeing next year’s babies. It is one of the best experiences ever. I hope you think so too.