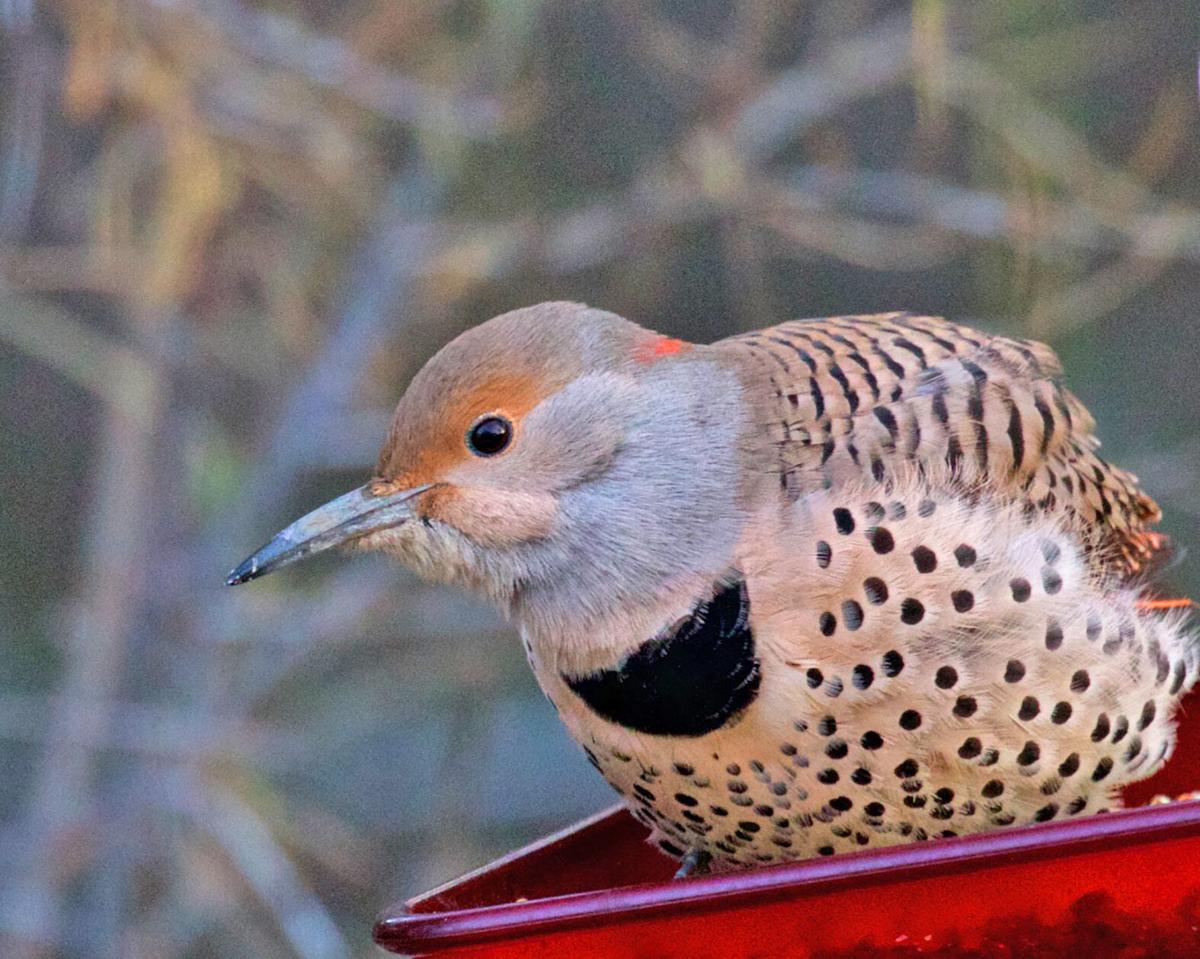 Red-shafted female northern flicker sits still for a moment for a photo at a birdfeeder. Common in Pacific County, this woodpecker goes flickering away when humans approach. 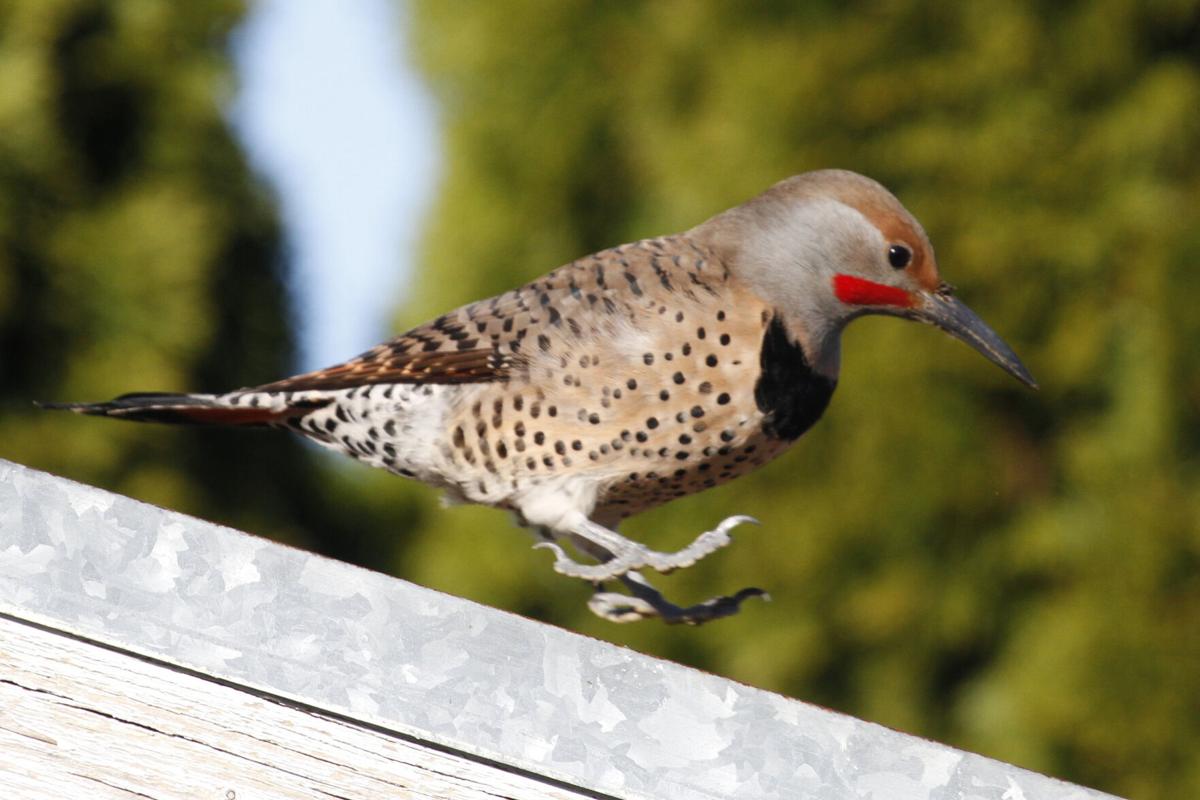 Flickers are our most frequently observed woodpeckers. 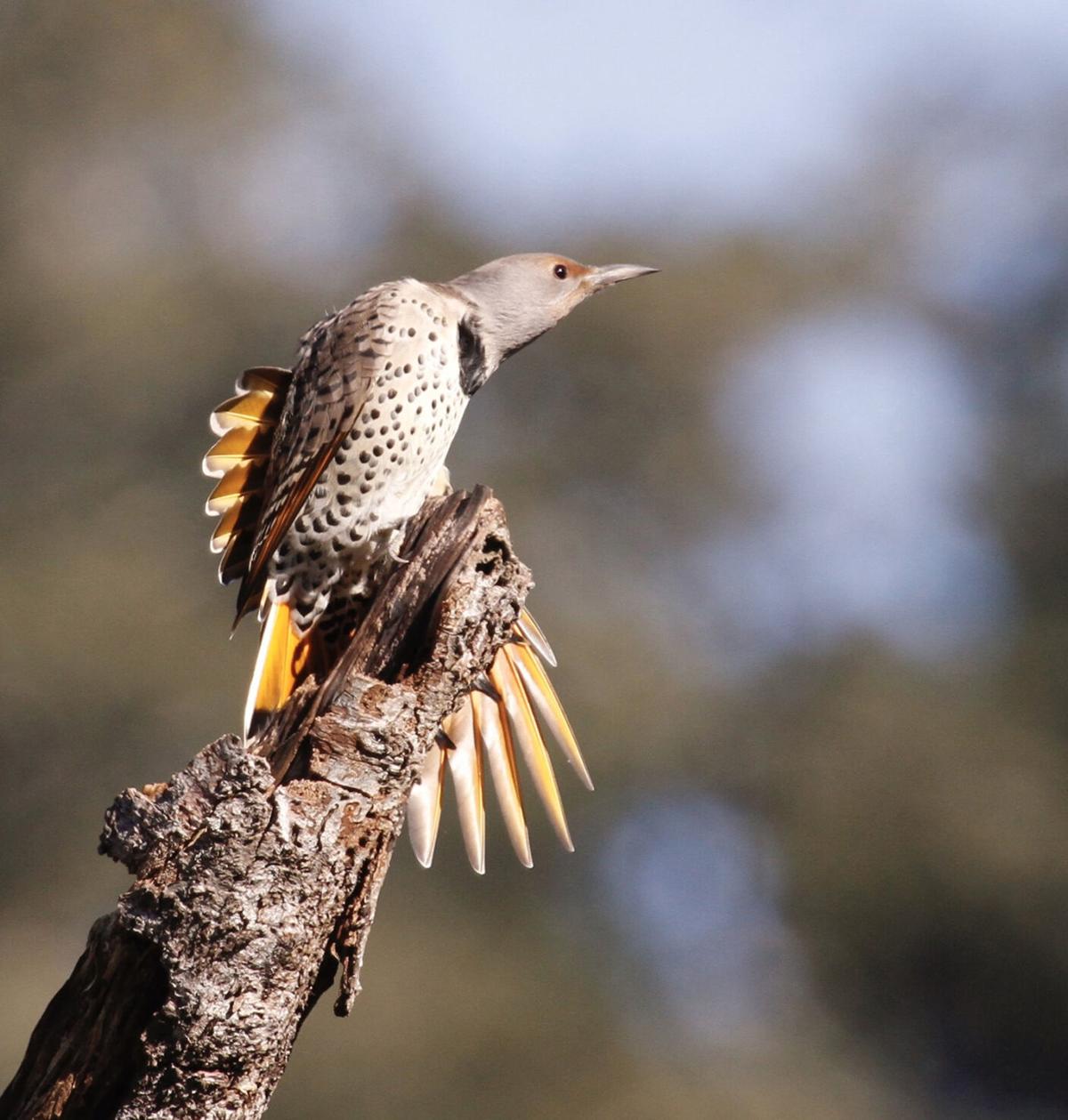 A northern flicker fans its feathers while perched on a snag. 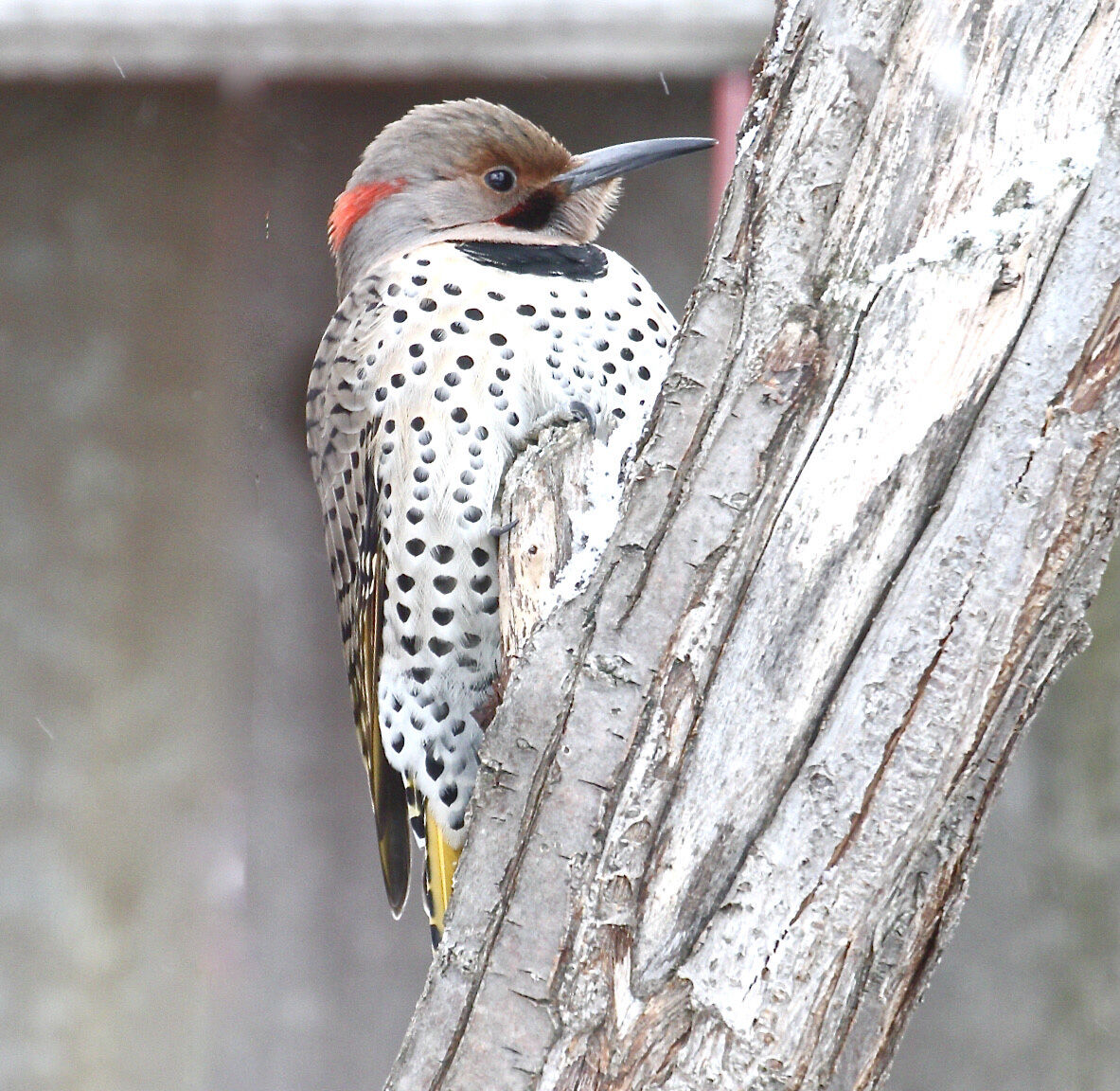 A yellow-shafted male flicker rests in between looking for its favorite meal of insects.

Red-shafted female northern flicker sits still for a moment for a photo at a birdfeeder. Common in Pacific County, this woodpecker goes flickering away when humans approach.

Flickers are our most frequently observed woodpeckers.

A northern flicker fans its feathers while perched on a snag.

A yellow-shafted male flicker rests in between looking for its favorite meal of insects.

Birds of the same species but who vary in their plumage will often interbreed in areas where their ranges meet. A case in point is the northern flicker. There are two subspecies, namely the yellow-shafted flicker in the east and the red-shafted in the west. This means we often see flickers with coats of different colors just as we would expect when two slightly different subspecies interbreed. These hybrids or intergrades wear a combination of the characteristics or colors of the yellow-shafted and the red-shafted flickers.

In the east the northern flicker subspecies is known as the yellow-shafted because of the bright saffron color on its underwings and tail. It has a gray crown and a tan-brown face and throat. Both males and females wear a red crescent on their nape. The adult male also sports a black malar stripe or “mustache” and both have a black breastband on their black spotted belly. The female lacks the black malar stripe.

The western subspecies is known as the red-shafted flicker because it has rose-salmon tints on its underwings and tail. It has a brown crown and gray face. The adult male wears a red malar stripe or “mustache” but does not have a red crescent on its nape. The adult female does not have either a red malar or the red crescent on the back of its head. One important ID marker, though, for all flickers is a flashing white rump which is highly visible in flight.

The northern flicker (red-shafted) is common on the peninsula and in Pacific County. It is generally seen in wooded or treed areas with some openness. More specifically, they can be seen on golf courses, in parks, yards, and woodland edges. Flickers mainly forage on the ground using their long tongue to capture their favorite food: ants. However, they readily come to feeders to dine on suet and seeds, especially in cold weather. It is one of our largest woodpeckers and its drumming can often be heard from a mile away, according to the Cornell Ornithological Lab. A question that is often asked is whether a flicker can walk? The answer: No, it hops. Watch for this behavior on the ground when the bird is foraging. You will also see it hop on branches and tree limbs!

Having to stay in Calgary due to the border closure and travel ban during covid-19 has given me the opportunity to observe, photograph and study the intergrades. As far as I can determine I am seeing at least four to six different flickers each wearing coats of different colors. The photos below illustrate this. How many do you see? I have seen one intergrade on the peninsula, at Cape Disappointment in 2014. I will be paying closer attention to every flicker I see on the peninsula from now on in order to determine whether the bird I am observing is the real McCoy or an intergrade? I hope you will too!

Arizona county giving vaccines to everyone over 18