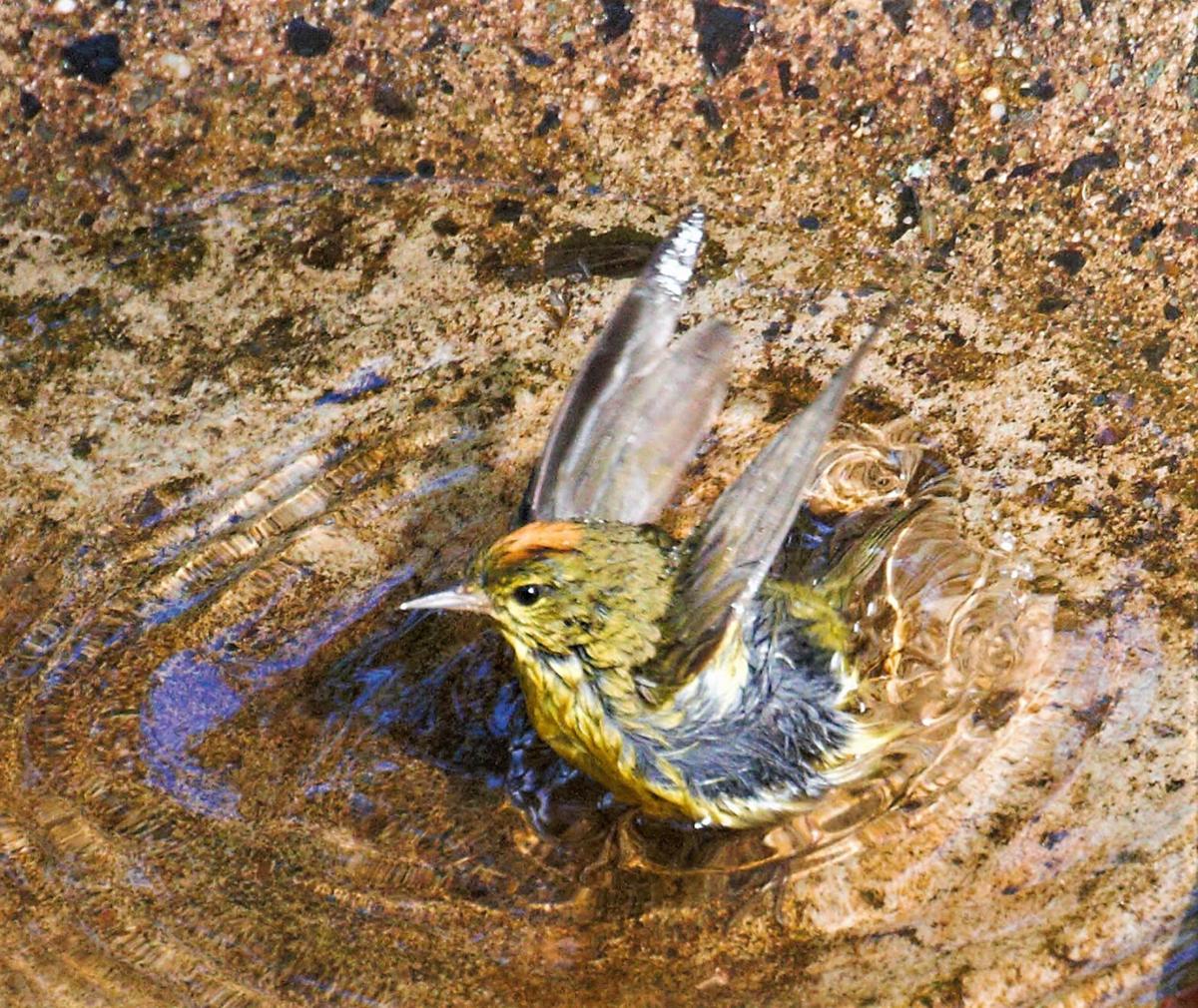 An orange-crowned warbler excited to be in the bird bath. Its head feathers give its excitement away. 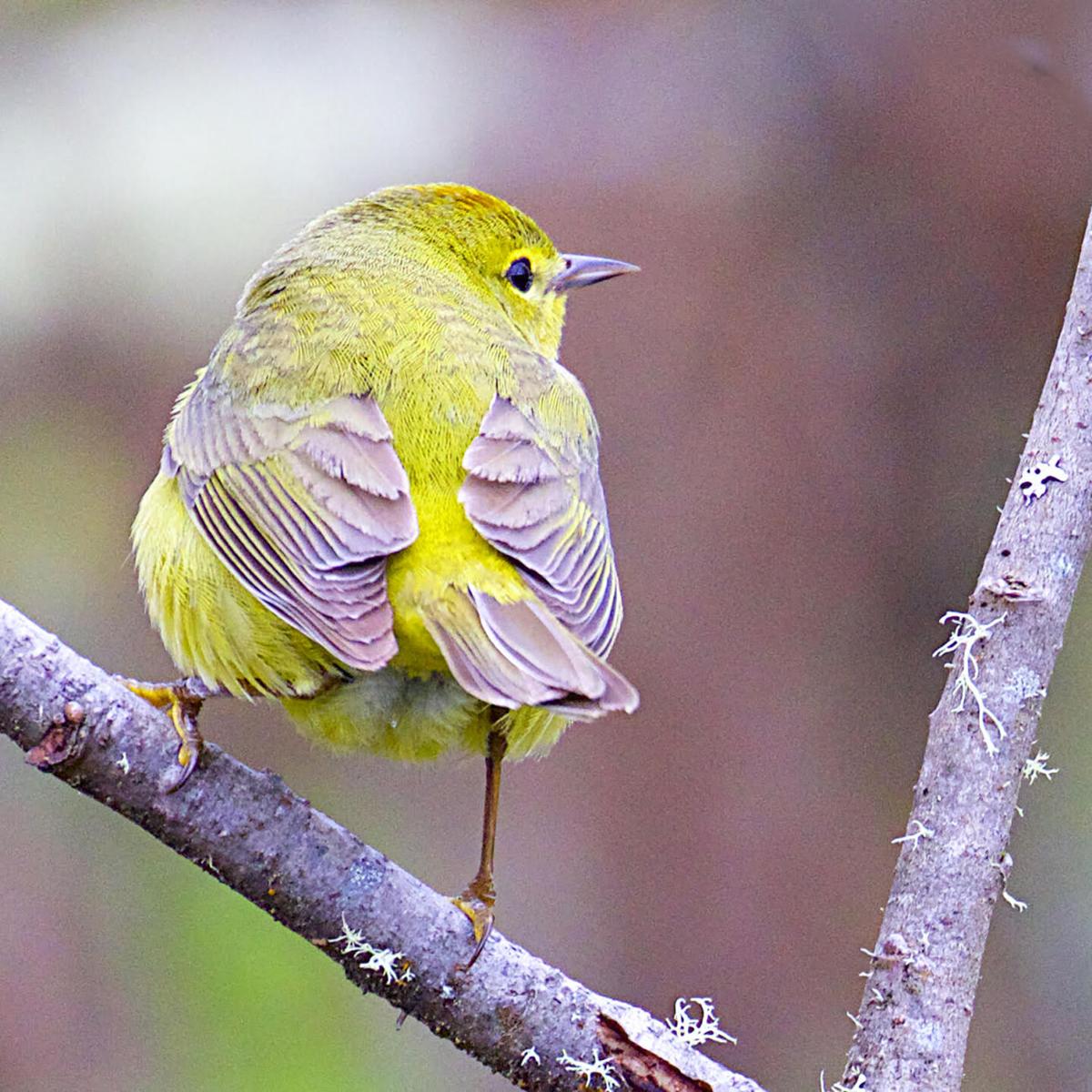 The orange crown is rarely seen. It is barely visible here but when the warblers is excited the feathers of the crown lift and the glorious bit of orange is quite visible. 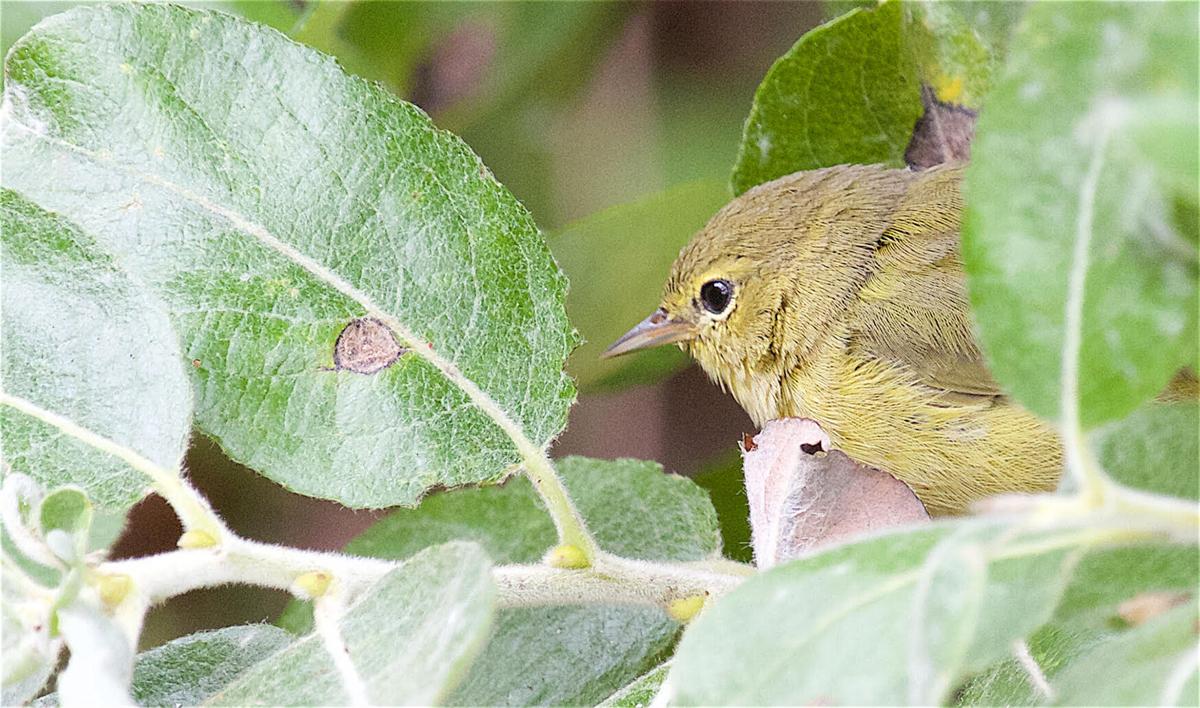 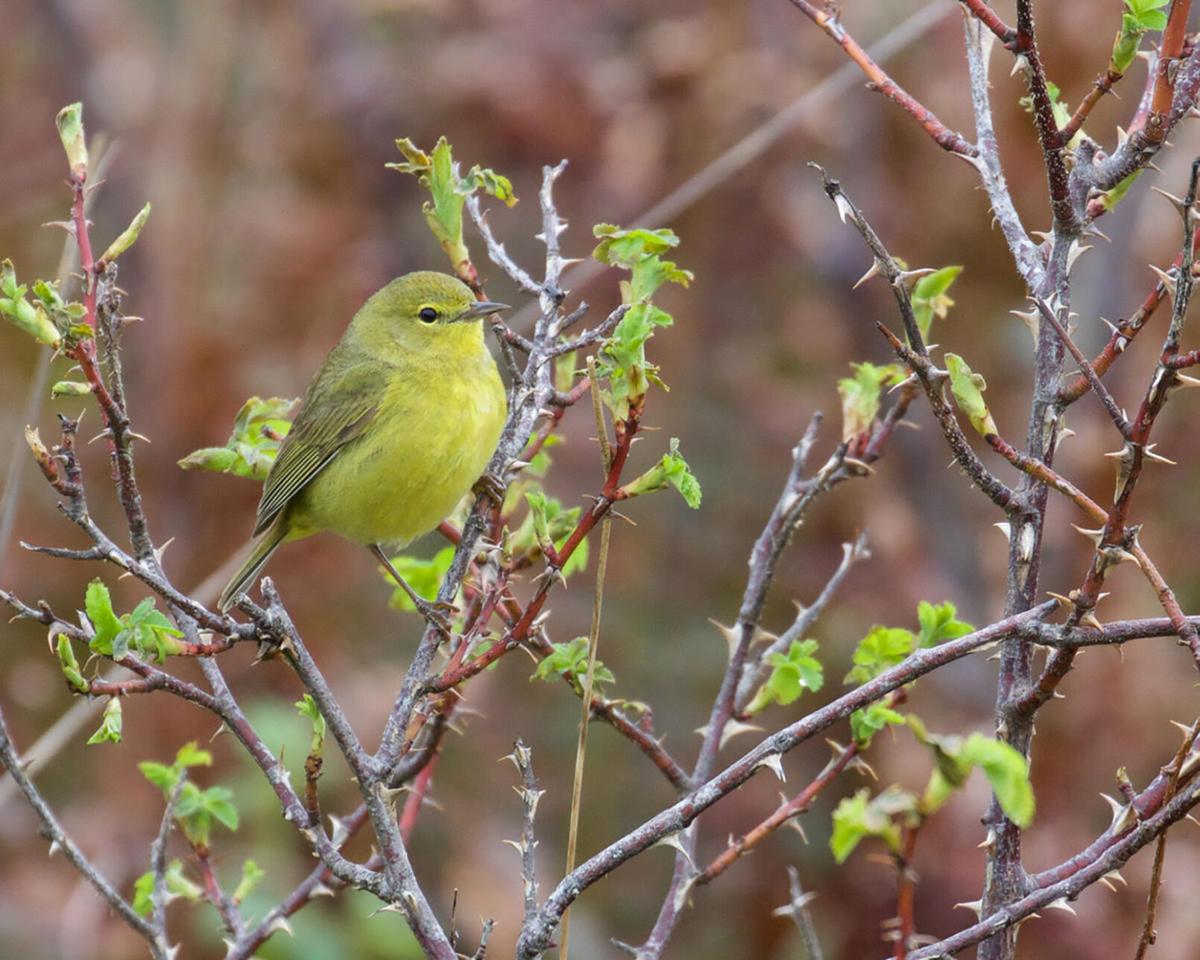 An orange-crowned warbler perches on a thorny bush.

An orange-crowned warbler excited to be in the bird bath. Its head feathers give its excitement away.

The orange crown is rarely seen. It is barely visible here but when the warblers is excited the feathers of the crown lift and the glorious bit of orange is quite visible.

An orange-crowned warbler perches on a thorny bush.

Some birds have names that are often hard to fathom. They don’t seem quite right. The ring-necked duck, for example, has an obvious ring on its bill, but not on its neck. The orange-crowned warbler has orange on its head, but it is rarely seen. The bird keeps it hidden until it wishes to display it which is usually when it is excited. It seems as though we, as birders, should not necessarily rely on a bird’s name as a good ID marker.

There is much variation in the coloring of the orange-crowned. On average, the orange-crowned is plain grayish to olive green but our West coast birds are the yellowest. They tend to wear a plain bright yellowish hue, while eastern birds tend to be more grayish. It is one of the few warblers that is more common in the West than in the East, according to Cornell Ornithological Lab.

Another interesting fact about the orange-crowned warbler is that it is one of two warblers that stays with us on the Peninsula all year round. Thus, it is a permanent resident and a breeding bird on the Peninsula. The other permanent resident is the yellow-rumped warbler. The orange-crowned forages in low shrubs, will visit bird baths frequently and will even come to suet or peanut butter feeders during the winter. In addition, it will also feed at a hummingbird feeder. It is known that its location is influenced by the availability of food, so the orange-crowns may move about in our area if food becomes scarce, but come what may, they stay with us in every season. Their preferred food consists of invertebrates, but they will also eat berries, seeds, and fruits.

Scientists have discovered that during the breeding season in our state they will build their nests in dense brushy willow, alder and maple thickets. The preferred location is on or near the ground. If the bird chooses to nest on the ground it will build its nest beneath woody plants, in a fern, in a rock crevice or in a soil depression. In winter it is more likely to inhabit weedy habitats, hedgerows, open forests or gardens. Winter behavior also includes mixing with other species such as chickadees, other warbler species, kinglets and juncos.

As I write, I am wondering whether any of you have observed an orange-crowned warbler’s behavior. My observations suggest it is a bossy bird when it comes to the bird bath. It does not like to share if it can get away with it. As for the orange, this is the situation in which I have seen it as it often raises its head feathers when another bird tries to encroach on its bath time! This sign of apparent aggression sometimes carries over as it searches for insects in the yard’s shrubs if it is competing with another species after the same. I haven’t seen it at the hummingbird feeder or the suet yet, but I will be keeping a close eye out for this behavior in the coming winter. I hope you can keep an eye out for this beautiful bird of winter, and that you get to see its orange crown. Now that you know when and where to look!

She wasn't infected. Why she almost lost her life because of Covid-19