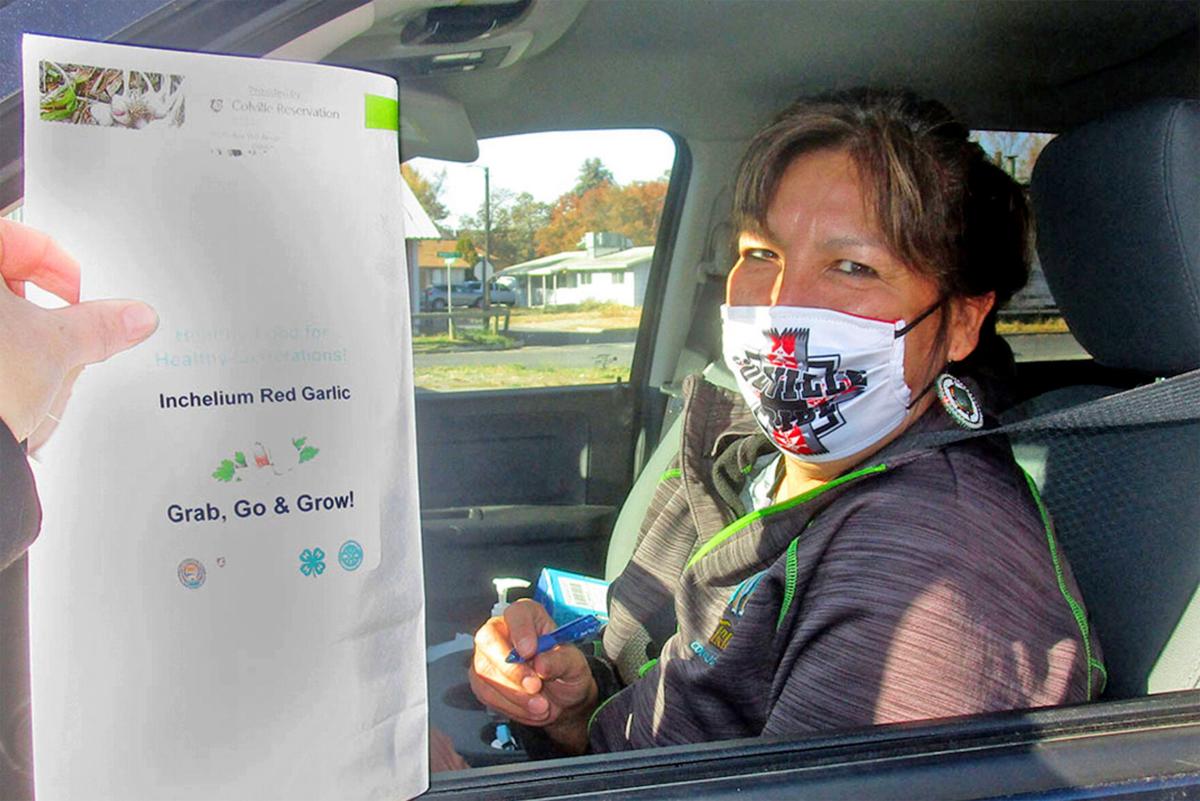 An attendee receives her Inchelium Red garlic bulb and information at the drive-through event in Nespelem in Eastern Washington. 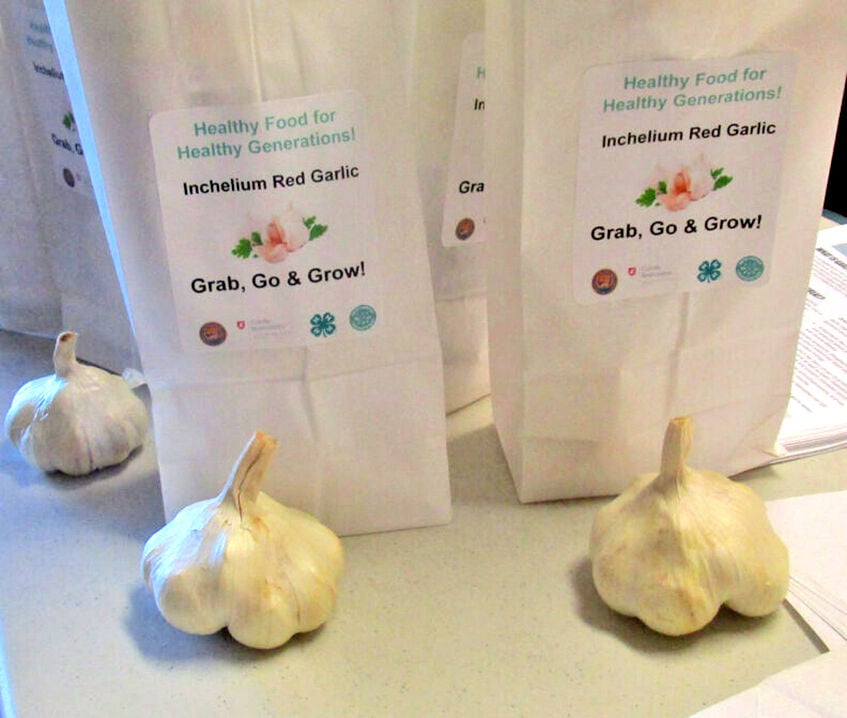 Inchelium Red garlic is available from several online sources — searchable on Google — including tinyurl.com/Native-Garlic-Source. Garlic does well in local gardens in Pacific County.

Inchelium Red garlic, which is native to the land around Inchelium, Washington, is the oldest strain of garlic grown in North America. WSU’s Colville Reservation Extension Office, the first Tribal Extension office in Washington, hosted two socially distanced workshops about the native garlic this fall.

“There’s something to be said for growing your own food that’s originally from where you live,” said Linda McLean, director of the Colville Reservation Extension office. “We want to teach people how simple it is to plant, grow, and harvest and see more people grow it for their own personal use.”

The idea to feature Inchelium Red garlic came about while brainstorming ways to host Food Sovereignty/Food Security workshops during the COVID-19 pandemic. Giving out garlic, and information about garlic, seemed a feasible project, McLean said.

The workshops, both held on the Colville Indian Reservation, consisted of one drive-through event in Nespelem and another “walk-thru” event in Inchelium, in the lobby of the Lake Roosevelt Community Health Center, due to weather. Participants filled out a survey, then were given a bag that included an Inchelium Red garlic bulb, printed instructions for how to plant and grow it, cook it, and the health benefits of garlic.

This variety of garlic is not widely grown commercially, but is delicious: it was the top-rated variety in a garlic taste test done by Rodale Test Kitchen in 1990. The taste is mild and good for roasting, McLean said. The garlic isn’t actually red, but rather it develops red streaks that become more prominent as the bulb cures.

McLean and her team handed out more than 100 bulbs during the two events, and also mailed dozens to area residents who couldn’t attend in person.

“We got a much bigger response than I anticipated,” said McLean, a member of the Colville Confederated Tribes and a WSU Extension educator for more than 10 years. “I had to order extra garlic after the incredible response we got from advertising the event. We heard from people in Arizona, Kansas, Canada, and all over Washington.

“We’re here to teach food sovereignty and food security,” she said. “Teaching people to grow a native crop that grows very well here certainly does that. Now, we want to expand its use by people on the reservation.”

McLean is using funds from a Native American Agriculture Fund grant to pay for the workshops. She hopes to expand the program in the future, if participants have successful growing seasons.

“Every clove in the bulbs we gave out can grow and produce their own bulb to be harvested next year,” she said. “Within a few years, there may be a surplus. Then we can look into marketing it as a native crop grown on native soil by Native Americans.”

McLean gave a talk available on YouTube for Garlic Week. She plans to host more Inchelium Red garlic events next year, in the late spring or early summer, though the exact kind of event will depend on the status of pandemic restrictions at that time.