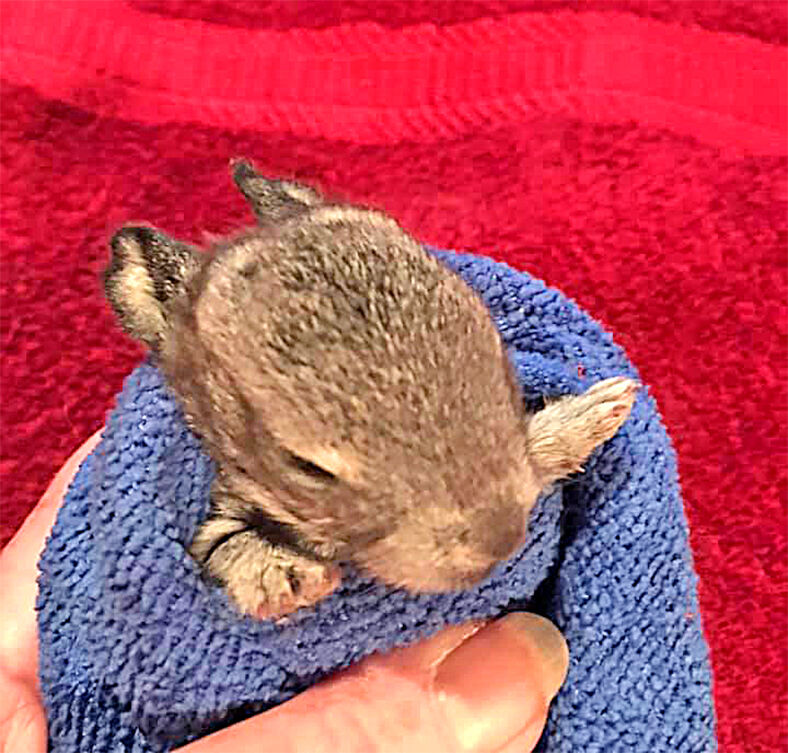 Such cuteness was the talk of Facebook on the Long Beach Peninsula Friends page as Annie Allenback kept her online audience up to date with details of the rescued bunnies. 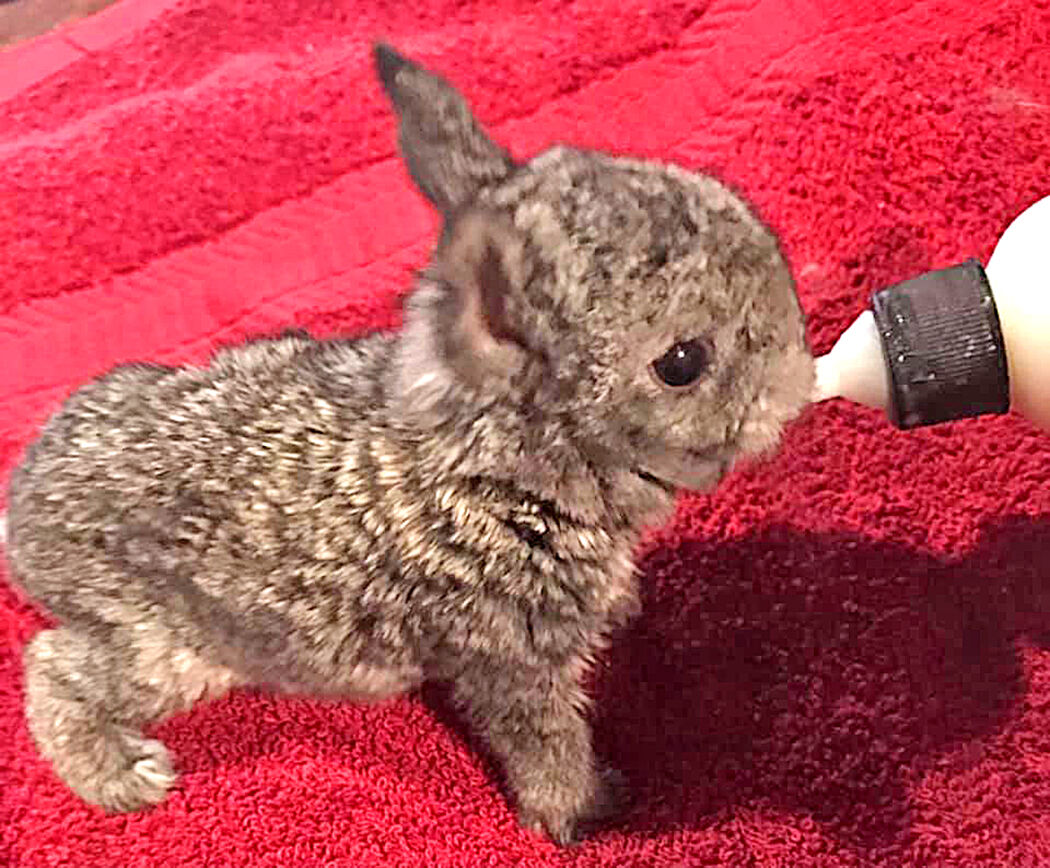 In the early days of the rescue, the rabbits’ fur stood up and did not have that silky, healthy feel. Some kitten replacement milk helped them gain body weight.

Sometimes the world’s most vulnerable critters need a helping hand from a guardian angel.

The Long Beach woman leaped into action when she learned of a family of baby bunnies that had lost their mother in a dog attack.

The U.S. Coast Guard veteran, who has worked in myriad fields since leaving the service years ago, drew on her experience running goat and cow dairies to bottle-feed them and nurture them back to health.

At a time when the world continues to be turned upside down by the pandemic, and the nation divided by the election, the positive news brought the community together as the rescue and its aftermath played out on the Friends of the Long Beach Peninsula Friends of Facebook group’s web page.

People reading the posts the past couple of weeks had some fun. Sandi George labeled Allenback a “bunny angel.” Cortne Stricker added that the rabbits were, “adorable. You are such a good person with a very big heart.”

“What a fine bunny momma you are!” posted Kathy Lueker Pearson as she thanked Allenback for posting regular online updates. “They’re so cute.”

‘It is a way to be of service back to nature.’

Allenback prefers to stay out of the limelight, although she was an emotional guest speaker describing her PTSD experiences exactly a year ago when the Long Beach community marked Veterans Day at an event hosted by the American Legion and the Elks Lodge.

But for this occasion, she was happy to recount her role.

With initial help from a Naselle resident, Allenback took charge after learning the domesticated bunnies were wandering free after the apparent loss of their mother. She rescued seven, although two died as she drove them home in her truck. The other five were close to succumbing when she fed them kitten replacement milk and sugar-free organic whipping cream. The diet moved to wild dandelion leaves, Timothy grass hay and a little alfalfa. Later, she added dehydrated fruits and vegetables.

Bonus help came from Allenback’s 5-year-old miniature schnauzer Molly-bella, which allowed the rabbits to curl up against its warm flank.

“It is a way to be of service back to nature,” Allenback said. “It’s been fun watching the Peninsula react to this. It’s lifted their spirits. This whole year being what it has been, it lifted my spirits, too.

Allenback noted that after some TLC, the rabbits’ fur started to feel more healthy and silky to the touch.

As the saga unfolded, people reading the Facebook posts stepped forward to offer permanent homes once the five surviving rabbits are nursed back to good health. “I’m glad they all have ‘forever homes’ to go to,” noted Alison Wathey. “I would want to keep all of them!”

A Facebook post from Rita Dirks pretty much summed things up. “Thanks to everyone who had a part in this rescue and in rehoming. You are all angels on Earth.”

Contract tracer explains how people react when he calls