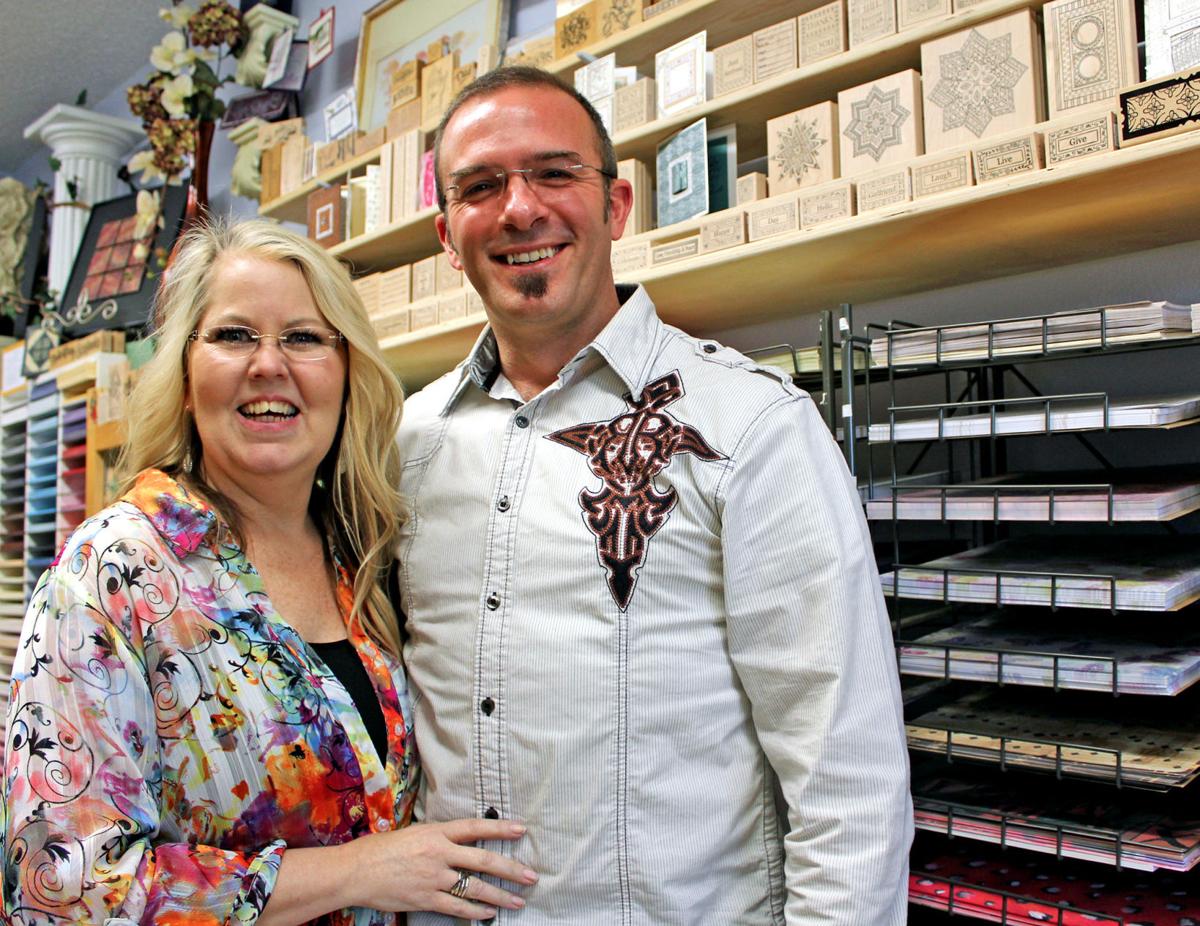 Cindi and Robert Leamy operate a crafts store called Impressing Ideas at 31605 I St. in Surfside. In addition to a range of supplies, they teach crafts classes, plus offer video, photo and digital business services. 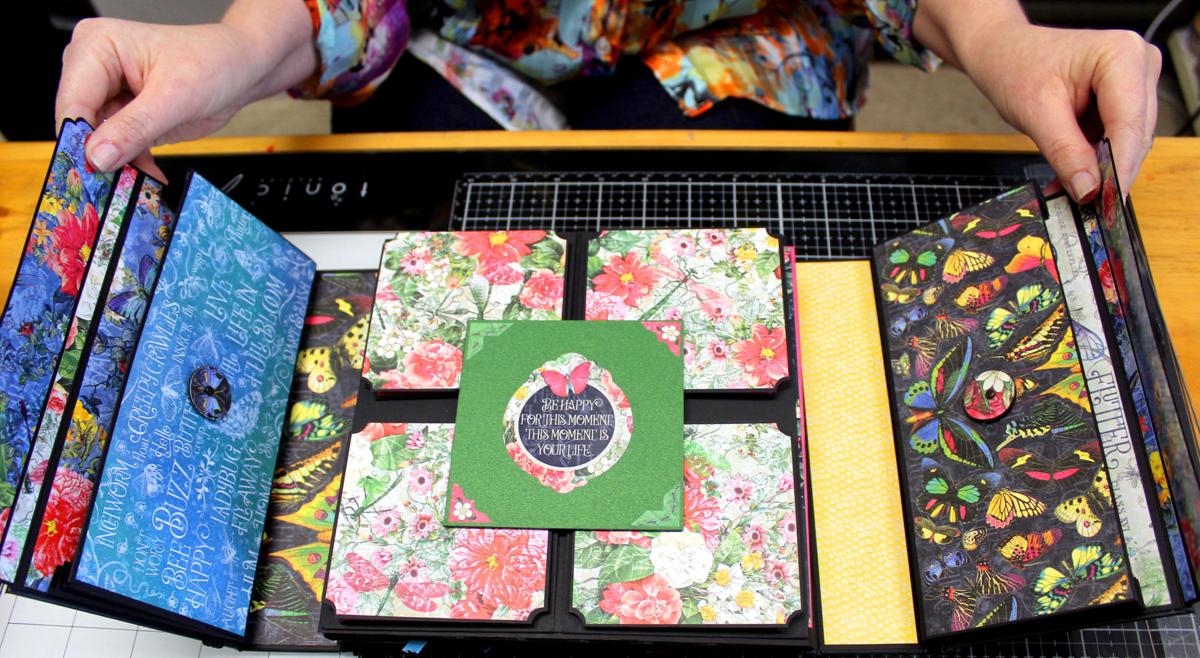 Crafts, paper products, scrapbook supplies and other techniques are illustrated in this butterfly gate-fold creation, with accordion fold-out side pockets which can be used for mementos or to preserve photos. 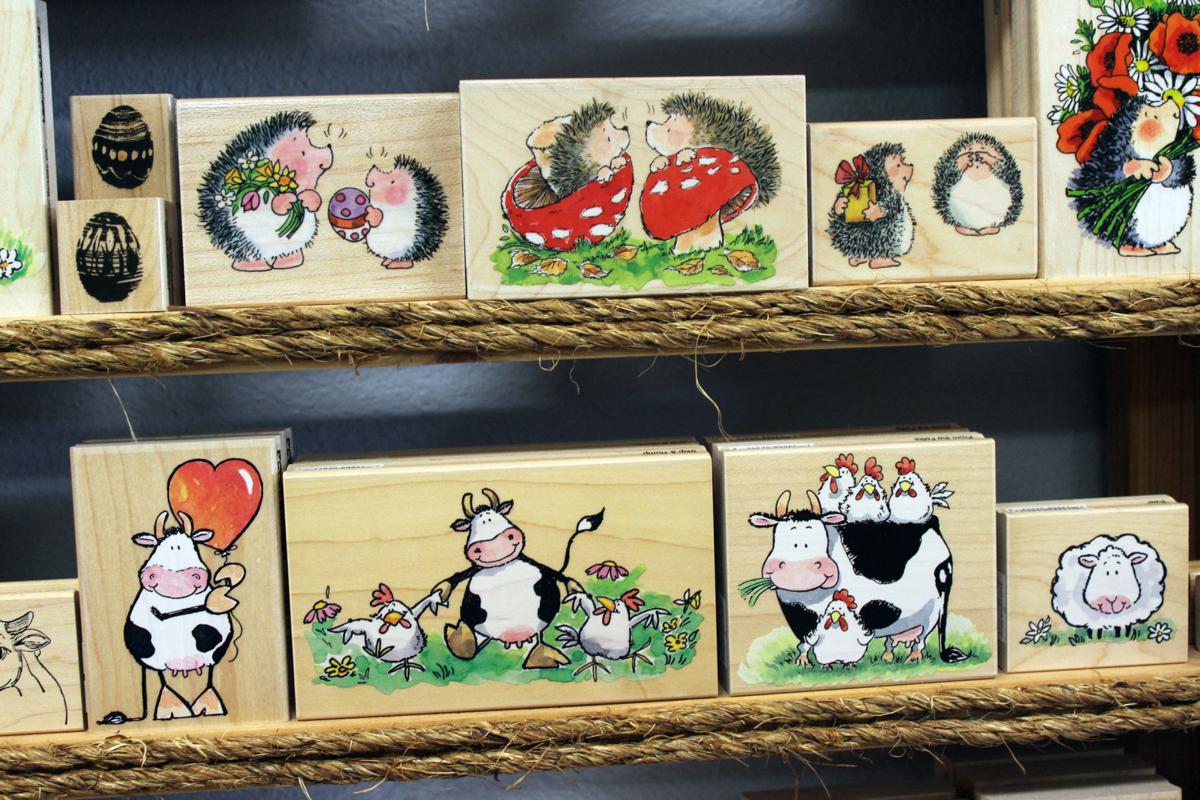 An array of whimsical designs are a feature of the Impressing Ideas crafts store at the north end of the Long Beach Peninsula.

Cindi and Robert Leamy operate a crafts store called Impressing Ideas at 31605 I St. in Surfside. In addition to a range of supplies, they teach crafts classes, plus offer video, photo and digital business services.

Crafts, paper products, scrapbook supplies and other techniques are illustrated in this butterfly gate-fold creation, with accordion fold-out side pockets which can be used for mementos or to preserve photos.

An array of whimsical designs are a feature of the Impressing Ideas crafts store at the north end of the Long Beach Peninsula.

The couple is celebrating the first anniversary of opening their crafts store at 31605 I St. in Surfside.

Impressing Ideas is located in the Surfside Mall opposite the WorldMark Surfside Inn entrance. And they are old hands at answering people who wonder why they picked a location that nonresidents might view as “at the end of the world.”

Simple. Being closer to family drew them to move to the Long Beach Peninsula. They decided the available store location could become their new professional base. It’s proved accurate, as regional customers and people from Idaho, Southern Oregon and Nevada are drawn to their wares.

The store, which they market as a “rubber stamp, scrapbook and paper arts boutique,” is tidily packed with a colorful array of craft supplies. These include materials for paper crafting, art supplies in mixed media for people who paint watercolors or acrylic, plus many kinds of inks.

“We have thousands of rubber stamps and dies, ribbons, rub-ons, and art stamps for businesses or custom,’ said Cindi Leamy. “We can custom-make cards or make tiles, too.”

A key part of their business is encouraging people to discover latent creative talents. The Leamys teach people that making crafts for personal enjoyment and gifts is something anyone can accomplish.

Regular classes are designed to do this, although walk-in customers often are sat in what the couple calls “the fun chair” at the front counter and tutored on the spot about simple creative techniques.

“We make things ourselves to give people inspiration for what they can do,” Cindi Leamy added. “I want to speak to the child inside of them — sometimes they are not aware of it. It’s trying to capture the joy of creating something and seeing the expression on their face.”

The admiration for his wife’s teaching skills is evident as Robert Leamy hears her summarize her approach.

“It’s both men and women. They see crafting kits and many people say, ‘I could never do that,’” he said. “She lives to hear people say they ‘can’t’ do it and she sits them in a chair and shows them. Five minutes later, they are holding a completed thing. You can do it. The voice of ‘you can’t’ becomes ‘yes, I can.’”

The couple chuckle about how they met.

Cindi Leamy began operating a crafts store in downtown Vancouver in 1997. A while later, a traveling businessman entered her store without an appointment, she recalled.

“He walked into the store and said, ‘Do you have a minute?’ I said, ‘I have three minutes. Make the most of it!’ I didn’t want to deal with a salesman.”

Robert Leamy beamed as he recalled the encounter. “She said, ‘Make the most of the three minutes,’ and now we are married!”

The crafts business isn’t the only creative activity that consumes them. Another business, Impressing Ideas Productions, draws on Robert multi-media maven

Barbara Bate, one of the Peninsula’s foremost advocates for mental health awareness, has benefited from his video skills. Thanks to Leamy, a September panel of community experts gathered by Peace of Mind of Pacific County to speak on “Understanding Autism” which he recorded is gaining a wider audience.

Additionally, Leamy plays the guitar, and under the name Atmos writes, records and performs live music.

But the crafts are the core. Robert Leamy has absorbed his wife’s enthusiasm. “She teaches me everything and I go crazy with it!” he said, highlighting his pleasure when customers learn that they, too, can make crafts.

“They get to have that moment of joy — of creating something they have never done before.”

Can you solve these real 'Jeopardy!' clues about the '70s?