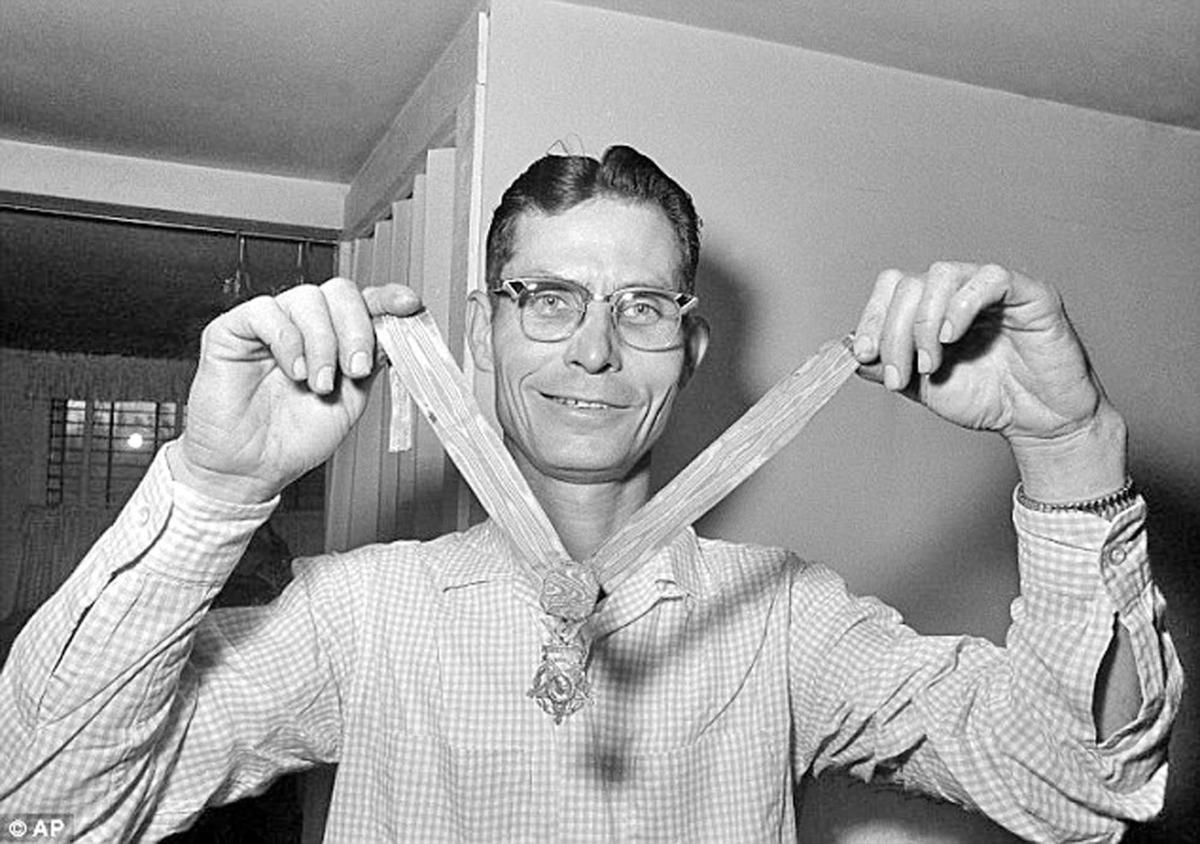 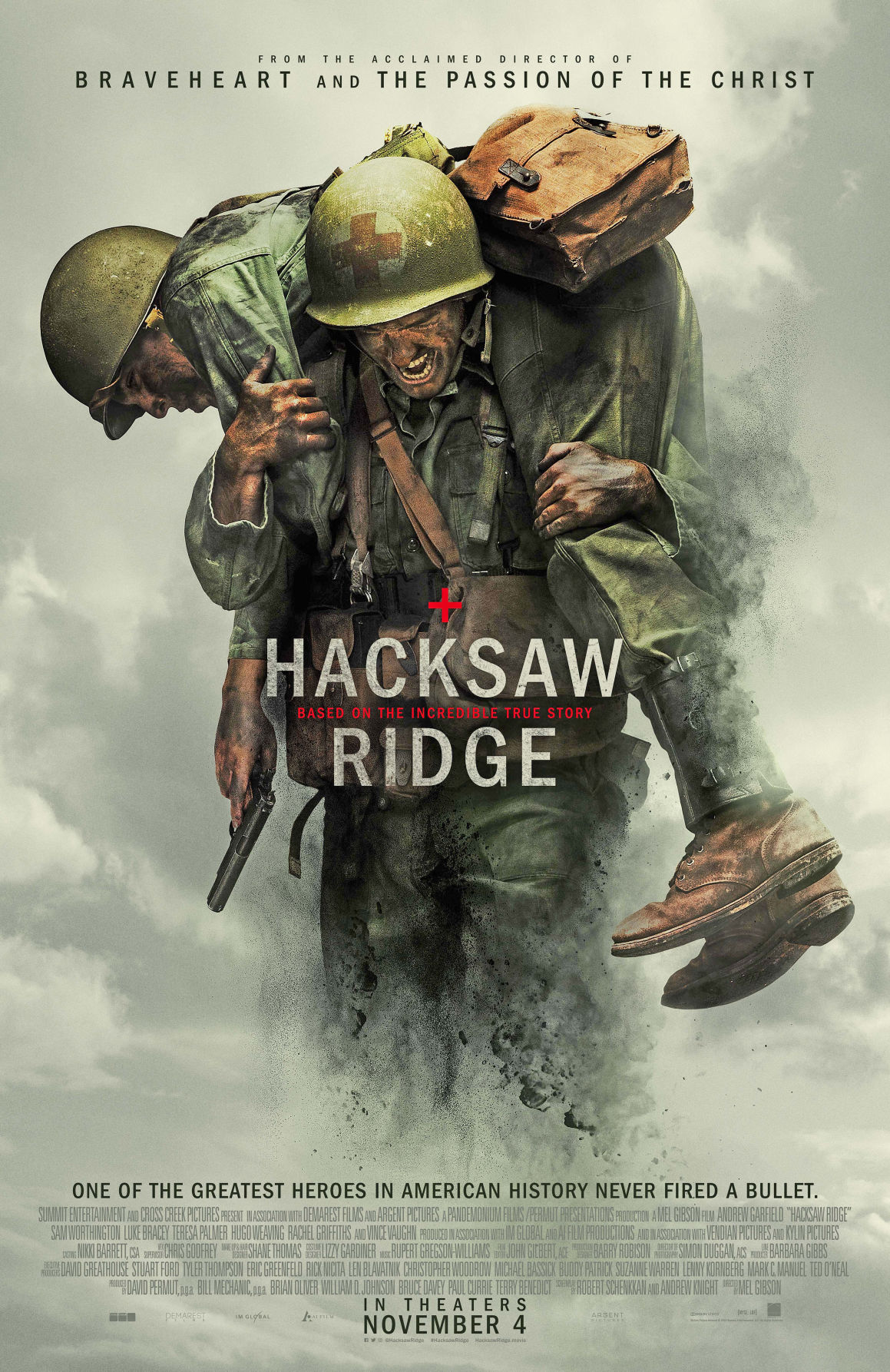 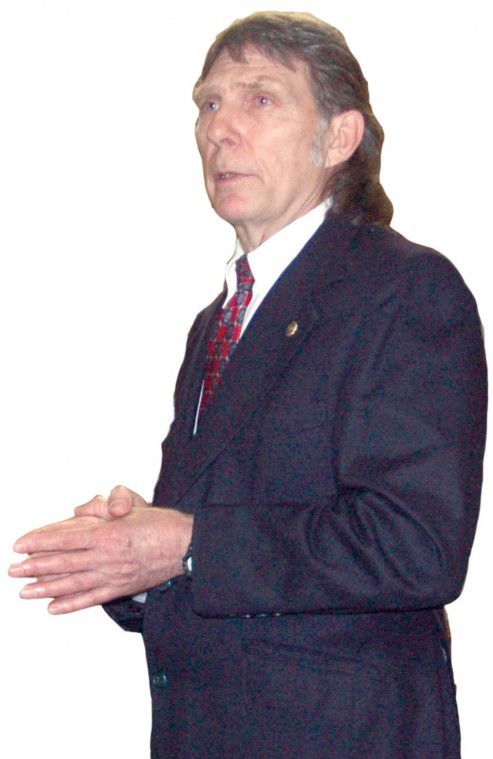 Desmond Doss, Jr. spoke in 2011 of how the war was never over for his father, Desmond Doss, Sr. He was awarded the Congressional Medal of Honor during World War II "while never touching a weapon" and then Doss, Sr. spoke at countless functions and "was in every parade."

Desmond Thomas Doss was a U.S. Army corporal who served as a combat medic with an infantry company during the Second World War [1, 2]. Doss was twice awarded the Bronze Star Medal for his service in Guam and Philippines in 1944. He further distinguished himself in the Battle of Okinawa by saving the lives of at least 75 wounded infantrymen, becoming the only conscientious objector to receive the Congressional Medal of Honor for his actions during World War II.

Doss did not kill a single enemy soldier during the war. In fact, he refused to carry a gun. His only weapons were his Bible and his faith in God. In Doss’ mind, God said, “If you love me, you won’t kill.”

During the war, while others were taking lives, Doss was busy saving lives. When the cry “medic” rang out on the battlefield, he never considered his own safety. He repeatedly ran into the heat of battle to treat a fallen comrade and carry him back to safety. All this took place while enemy bullets whizzed past him and mortar shells exploded around him.

Doss was seriously wounded four times in Okinawa and was evacuated on May 21, 1945, aboard the USS Mercy. He suffered a left arm fracture from a sniper’s bullet and at one point had seventeen pieces of shrapnel embedded in his body.

Before being discharged from the U.S. Army in 1946, Doss developed tuberculosis. He would spend most of the next six years in hospitals. Cold, wet, sleepless nights, shivering in a muddy foxhole on the islands of the Pacific had taken their toll. As his illness progressed, his left lung had to be surgically removed along with five ribs. He survived the rest of his life on a single lung until that too failed. Doss died at the age of 87 on March 23, 2006 in Piedmont, Alabama, after being hospitalized with difficulty breathing.

Doss’ life has been the subject of books, the documentary "The Conscientious Objector," and the 2016 movie "Hacksaw Ridge."

This week, February 7, 2019 marks Doss’ centennial birthday and as a tribute to this honorable man, I prepared the following number curiosities:

Aziz Inan is chair and professor teaching in the electrical engineering program of the Donald P. Shiley School of Engineering at University of Portland. He can be reached at ainan@up.edu.