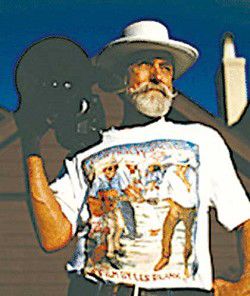 Les Blank's film "Garlic is as Good as Ten Mothers" was deemed "culturally significant" by the U.S. Library of Congress and selected for preservation in the National Film Registry. 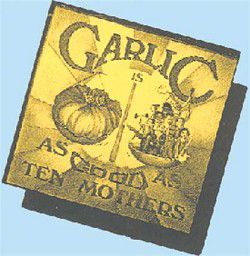 Les Blank's film "Garlic is as Good as Ten Mothers" was deemed "culturally significant" by the U.S. Library of Congress and selected for preservation in the National Film Registry.

NAHCOTTA - Les Blank, known for creating many eclectic, poignant and fun films over the past two decades, will be hosting a booth along with Moby Dick Oyster Farm at the Northwest Garlic Festival in Ocean Park this June 17 and 18. You don't want to miss him!

Featuring two of his films: "Garlic is as Good as Ten Mothers," and "Yum, Yum, Yum," a treatise on cajun cooking, Les will be at the Garlic Festival to sign books and posters and promote his two films.

The Moby Dick Hotel & Oyster Farm will host Les Blank Saturday and Sunday nights at dinner where both films will be shown throughout the evening. Special menus are being created to celebrate garlic and our special guest. Reservations are required and can be made by calling 665-4543.

"Garlic is as Good as Ten Mothers" is a zesty celebration of the glories of garlic. This lip-smacking foray into the history, consumption, cultivation and culinary/curative powers of the stinking rose features chef Alice Waters of Chez Panisse and a flavorful musical soundtrack. The San Francisco Chronicle called this film "a joyous, nose-tweaking, ear-tingling, mouth-watering tribute to a Life Force." In 2004, the film was deemed "culturally significant" by the United States Library of Congress and selected for preservation in the National Film Registry.

The second featured film, "Yum, Yum, Yum," combines Les Blank's passion for spicy, down home food and his love for Cajuns and Creoles in another mouth-watering exploration of the cooking and other enthusiasms of French-speaking Louisiana.

For more information about Les Blank, please check out his website at www.lesblank.com.

The Moby Dick Hotel & Oyster Farm, located in Nahcotta (with its annual garlic crop central to the garden) is a perfect accompaniment to Les Blank himself - The Moby Dick has a long history of serving the public as a hostelry and restaurant. Originally built in 1929-30, buildings and furnishings have been restored in the spirit of the 1930s with an eclectic, bohemian charm offering a unique and comfortable atmosphere. Nine rooms, all with their own stylishly funky personality, come packaged with a three-course breakfast featuring home-grown oysters. Spacious public rooms include two living rooms and a small lounge upstairs, complemented by a classic fireplace - the perfect spot to curl up with a good book selected from their fine collection of literature. Find out more about the hotel at (www.mobydickhotel.com).

Why it's important to get a flu vaccine this year