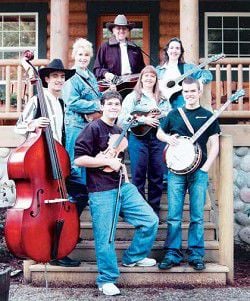 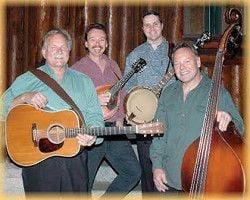 LONG BEACH - The Long Beach Bluegrass Festival returns for its third go-'round this Friday through Sunday. The festival will open with a performance by the Black River Bluegrass Band at the Chautauqua Lodge in Long Beach. Cedar Hills, the Ohop Valley Boys and Rural Delivery are among the nine-band lineup.

The festival will include the ever-popular open mic sessions, opportunities for amateur musicians to jam with the professionals, two sites allowing for 30 different sessions and a free Gospel music performance on Sunday, April 1.

Tickets are $15 for Friday and $20 for Saturday. Admission to Sunday's performances is free.

Band Bio'sBLACK RIVER BLUEGRASS BAND are a combination of Oregon and Washington with two sisters, Libby and Joan who have been singing for years and have a true bluegrass sound. The guitar player, Marv is a guitar teacher with many students who appreciate his talent. Ron Stanley the dobra player comes with many years of experience and many records to his credit. Jim Bolden delights the crowd with his banjo playing.

CEDAR HILL is from the state of Missouri and is an all-acoustic, traditional bluegrass band made up of five accomplished musicians and singers who have stayed close to their Ozark Mountain roots. Originally formed in 1967 by Frank Ray and his uncle Richard Orchard, they play genuine, soulful, emotion-packed music that could only be classified as "the real thing."

THE DILL FAMILY is from the Aberdeen area, with mother, father and son plus a couple of other musicians. They will do the first set of the gospel program on Sunday morning. The mother has one of the purest sounding voices that chills your bones when singing the gospel songs.

LEE HIGHWAY is a five-piece bluegrass classic band out of Oregon, with accomplished and respected musicians. The band's sound recalls the excitement, smoothness and precision of the golden era of bluegrass. The music is a mix of tight, tuneful harmony singing, supported by sparkling and powerful instrumentals.

THE OHOP VALLEY BOYS are an ensemble of seasoned, professional musicians organized in 1996 in Washington State. They feature both original and traditional Bluegrass music, with well-crafted three-part harmony vocals and hard-driving instrumentals in the Bill Monroe tradition. The "Boys" blend their unique talents and experience from across the nation to form an energetic, yet precise bluegrass sound with a distinct Southern flavor.

RURAL DELIVERY, one of the oldest bluegrass bands in Washington, has five members, with one of the members being in the Bluegrass Hall of Fame. They have played all over the country and still delight the crowd. Rural Delivery is a contemporary bluegrass band based in Port Orchard and Seattle.

THE JANGLES. This band usually performs as a four piece band or it can expand to six-piece. Members hail from the Seattle area, with each of musicians having many years of experience. They do a lot of the Sons of Pioneers songs that you can sit back and relax and just enjoy.

THREE GENERATIONS is a Washington band that features grandpa, who has been playing music since he was 13 years old and plays a dobra, two daughters who sing and play guitars, a 16-year-old grandson who plays a bluegrass fiddle and has an incredible natural talent that the crowd loves and even a son-in-law who plays music.

OMG! You will not believe the bad habits of these stars

'Nobody has better respect for intelligence than Donald Trump." Can you believe the former President said THAT?