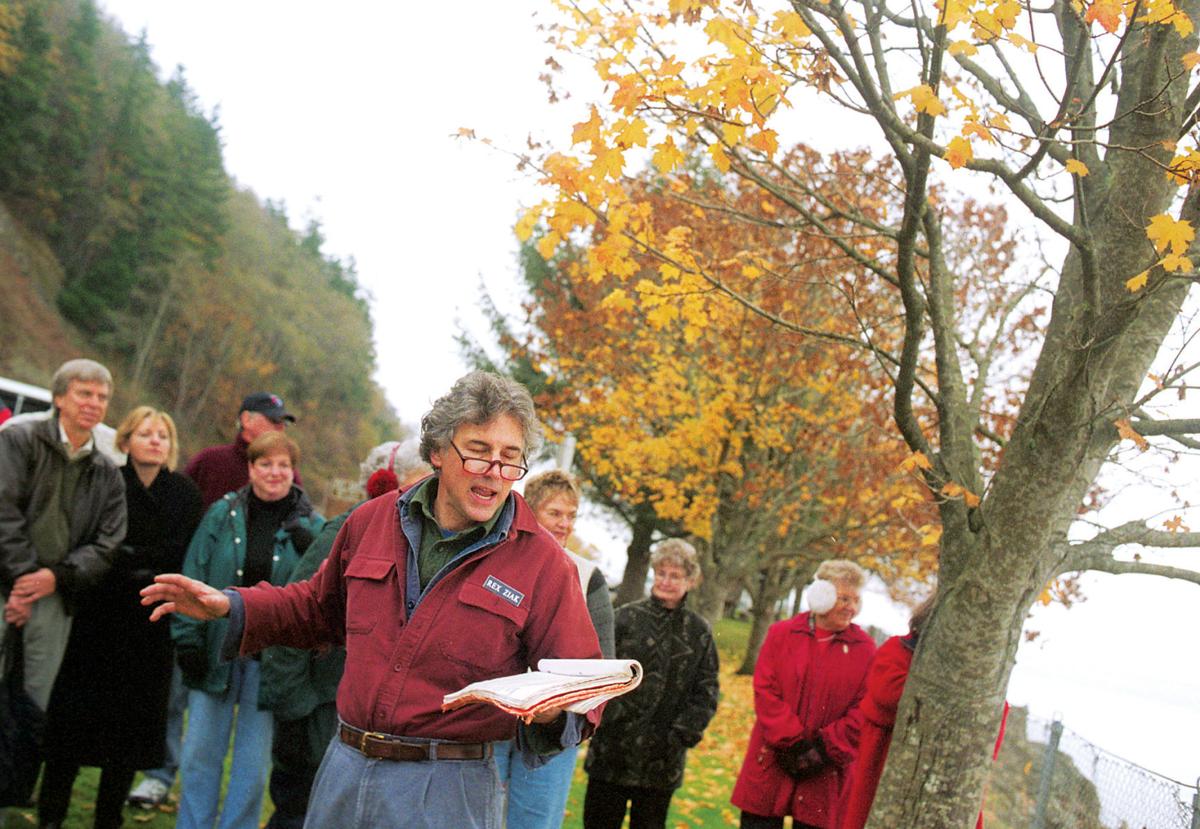 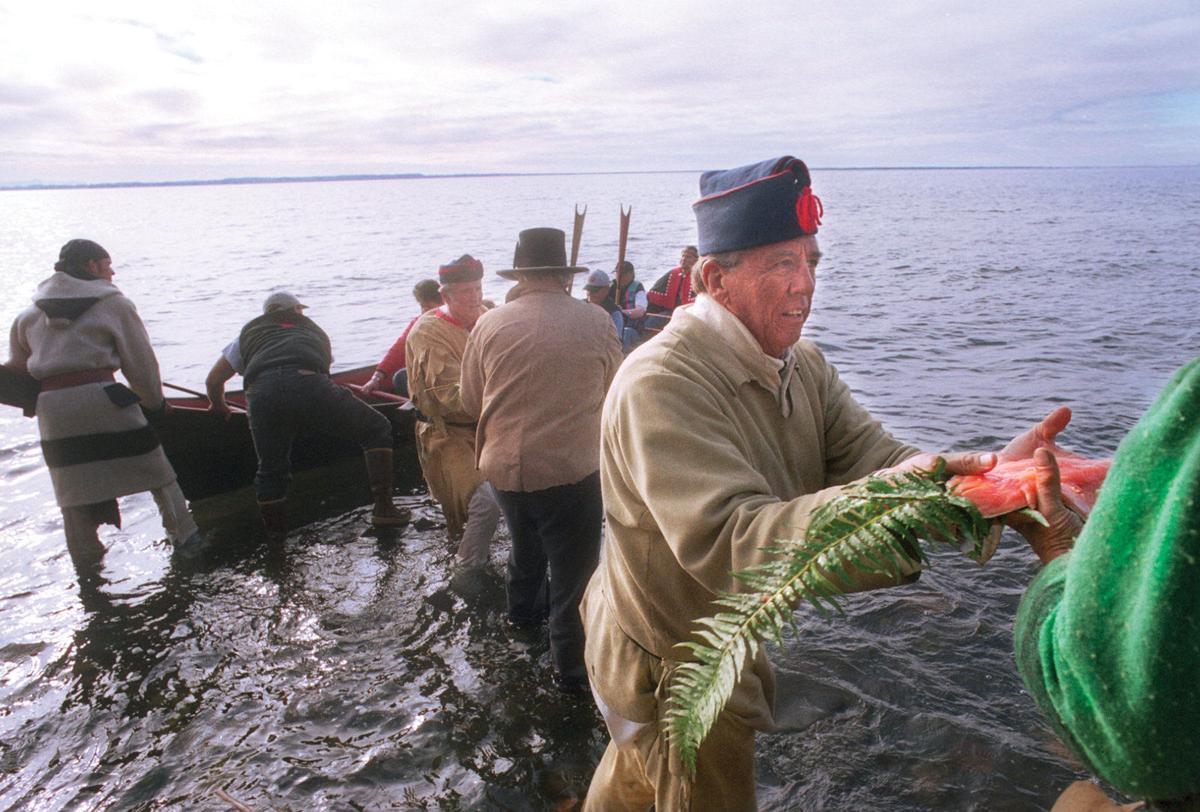 CHINOOK OBSERVER FILE PHOTO The Lewis and Clark Expedition spent most of November 1805 in what is now Pacific County. They reached their destination, the Pacific Ocean, and traded with Chinook Indians for supplies. Reenactors relived some of these experiences for the expedition's 2005 bicentennial. 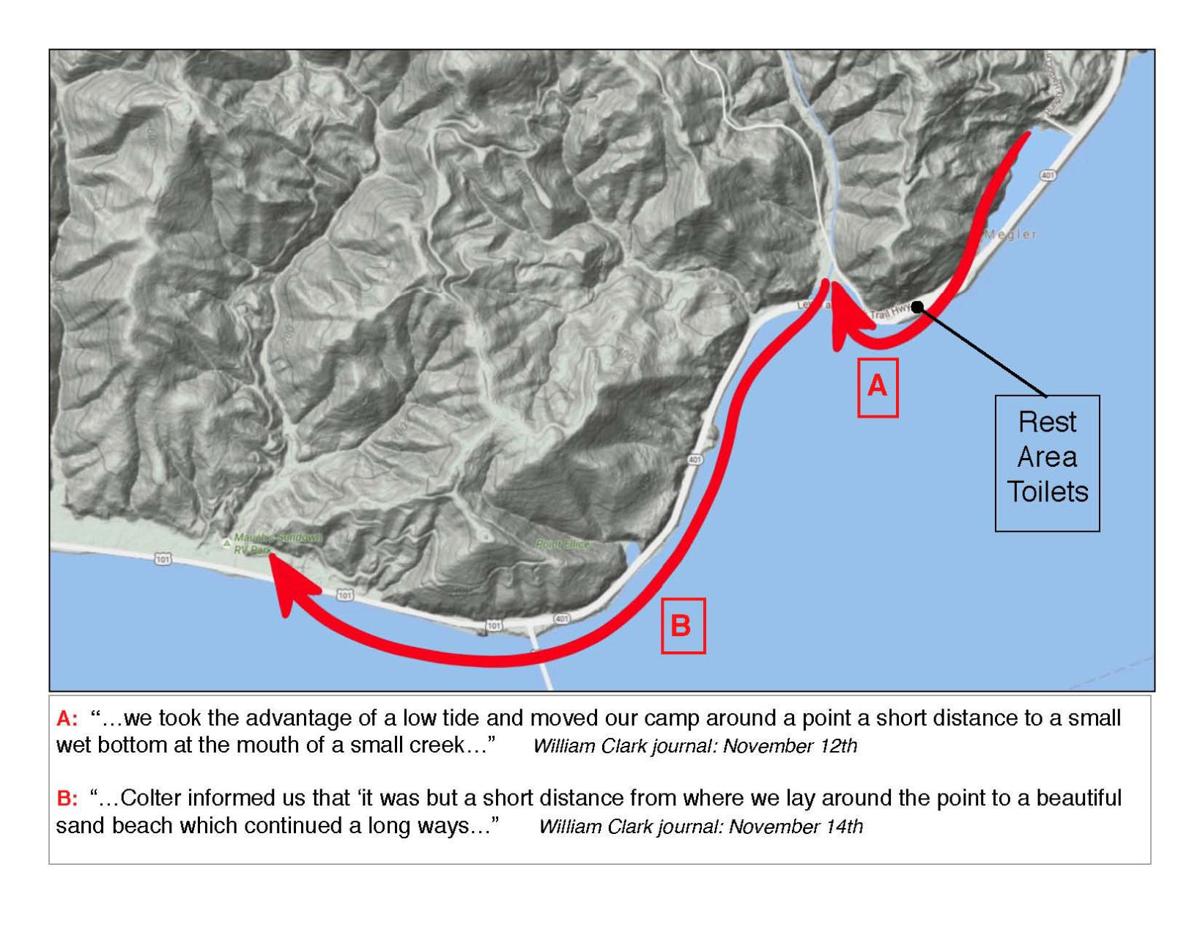 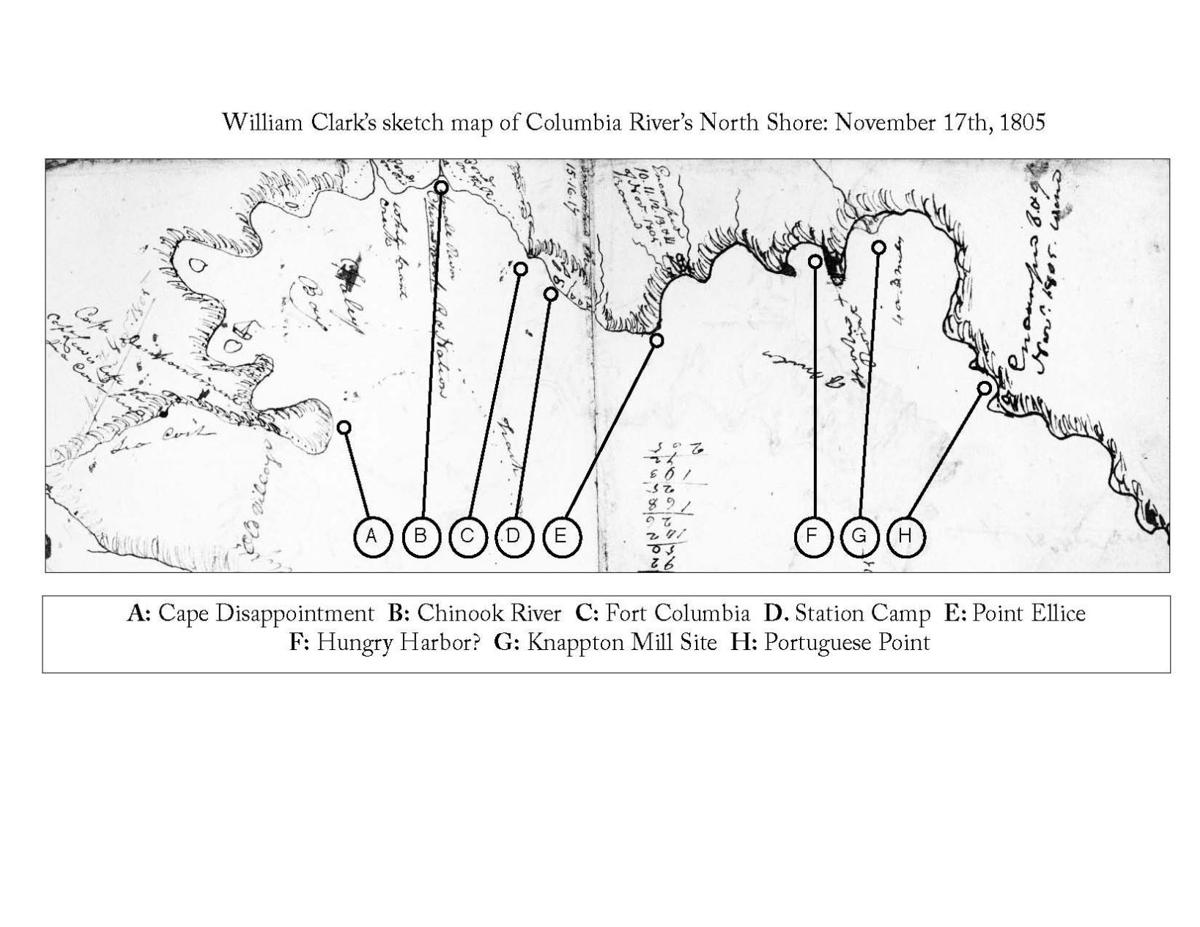 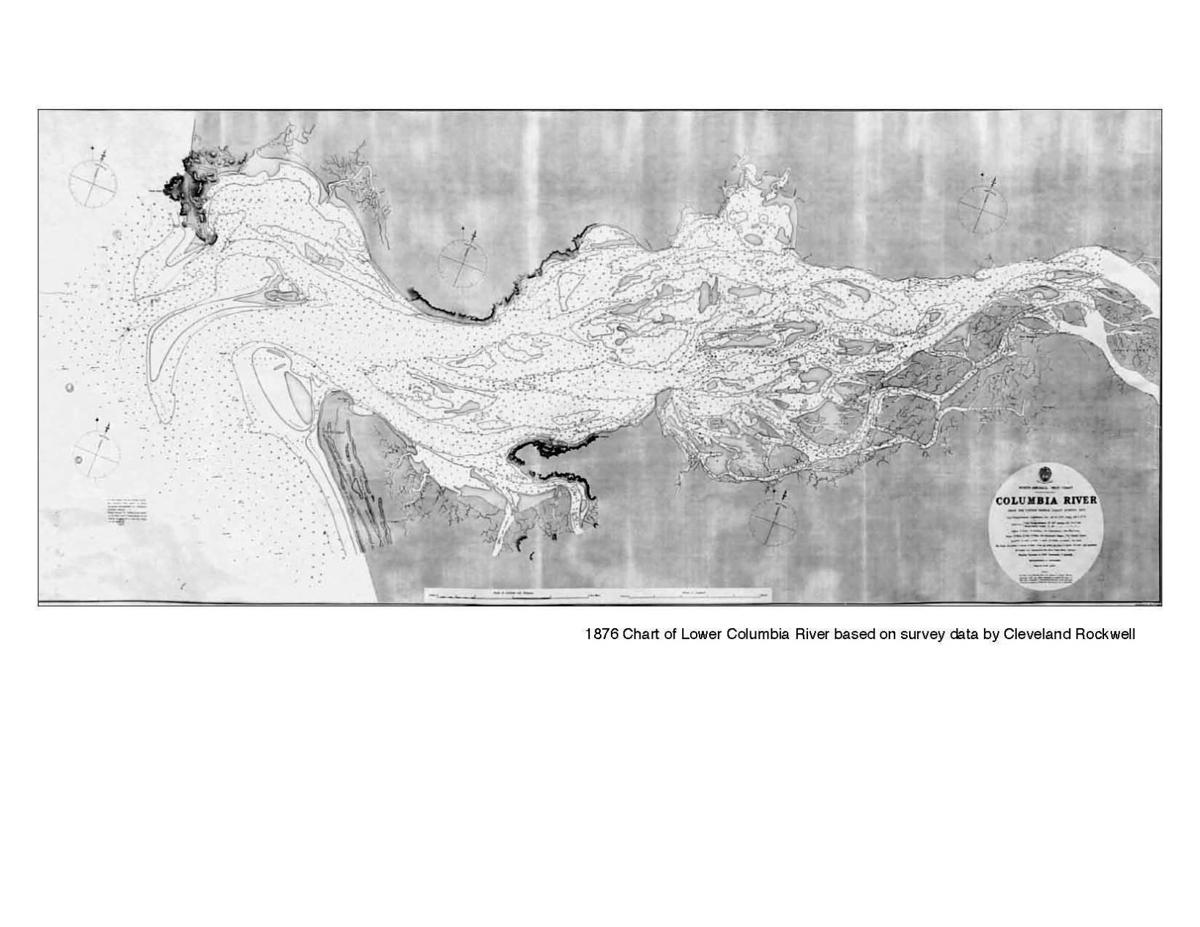 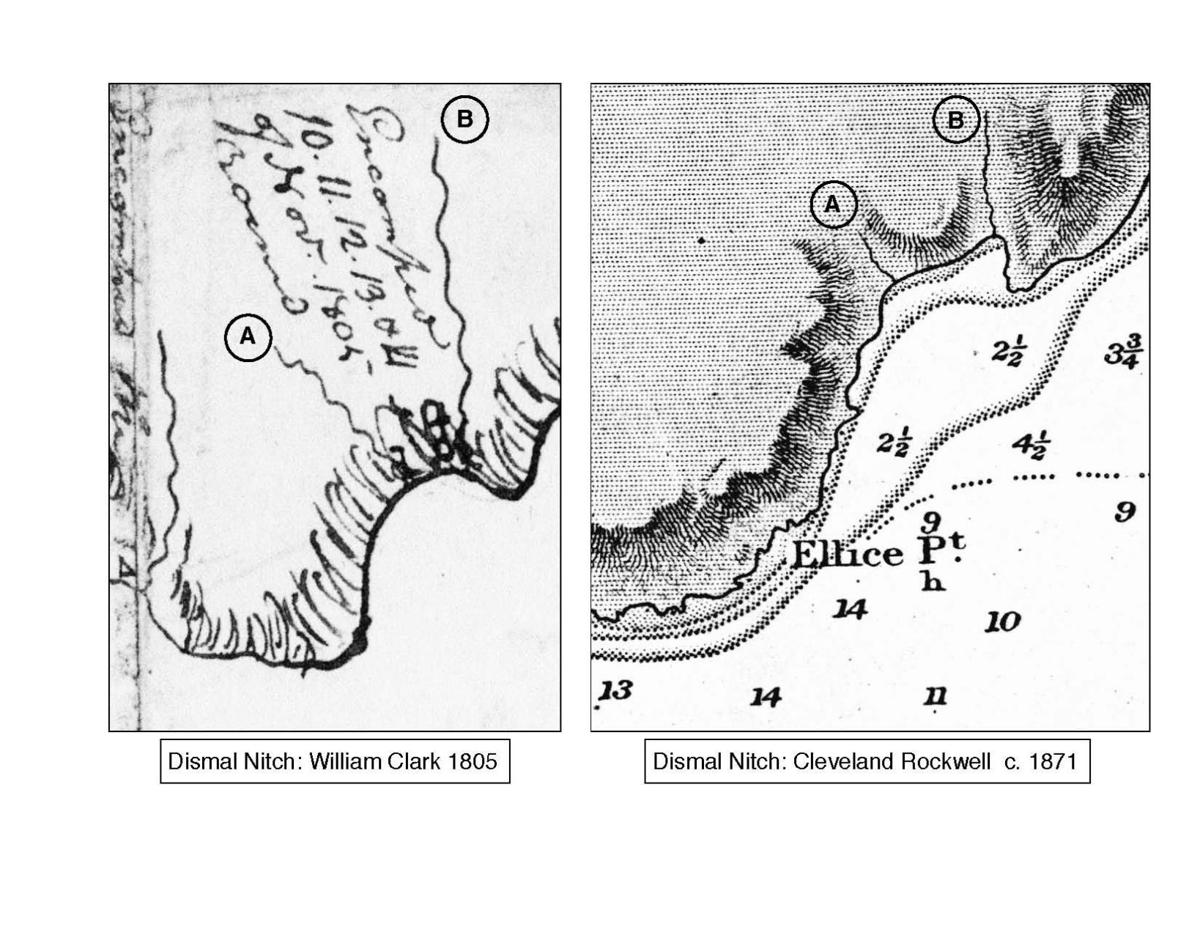 CHINOOK OBSERVER FILE PHOTO The Lewis and Clark Expedition spent most of November 1805 in what is now Pacific County. They reached their destination, the Pacific Ocean, and traded with Chinook Indians for supplies. Reenactors relived some of these experiences for the expedition's 2005 bicentennial.

EDITOR’S NOTE: Naselle-based historian and Emmy Award-winning documentary-maker Rex Ziak lays out his interpretation of some of the Lewis and Clark Expedition’s most dramatic days, spent in Pacific County 211 years ago this autumn. This is part 2 of 2.

Finding the location of Lewis and Clark camps can be frustrating and elusive. In some places the landscape has been altered beyond recognition, like upriver from Bonneville Dam where all their campsites are submerged beneath reservoirs.

Here in the lower Columbia we do not have that problem. In fact, the shoreline near Point Ellice is virtually unchanged since the time of Lewis and Clark, (except for a highway, logging roads, two rock pits and a few houses.) We know this shoreline is unaltered because the Federal Government made a survey of the Lower Columbia River in the early 1870s which precisely measured every cove and creek in stunning detail. This survey, carried out by the impeccable Mr. Cleveland Rockwell, shows virtually no change in any of the major features we see today.

The real reason the local Lewis and Clark campsites were unknown for the past centuries was mainly due to the fact that this history was overlooked and ignored. Scholars were more interested in pinpointing the location of Fort Clatsop and had little interest in what happened on the northern side of the river.

From time to time history buffs have tried to discover these two campsites near Point Ellice, but they either had no access to Lewis and Clark’s journals or they became bogged down in Clark’s style of writing which is filled with contradictory, redundant and ambiguous descriptions.

Others have tried to find Lewis and Clark campsites by following the mileages the explorers noted in their journals. They drive along the highway, closely watching their car’s odometer, unaware that Clark’s wild distance estimates are totally unreliable and inaccurate.

However, if a person is able to look past the clutter of Clark’s writing and focus with clear eyes on key, unimpeachable statements, they will see a couple precise sentences that describe exactly the location of their two campsites.

On November 14th Clark quoted a scouting report from one of their men who had passed around Point Ellice and returned back to camp. Clark wrote, “Colter informed us that it was but a short distance from where we lay, around the point to a beautiful sand beach...”

This concise statement describes perfectly the location of their campsite. The words “short distance” “around the point” and ”sand beach” is all you need. There is only one possible place along the shoreline that fits this pure description and that is the first cove upriver from Point Ellice.

Finding the location of their other campsite, or what Clark described as their “Seriously Dangerous” camp, can be done the same way. Clark wrote this beautiful descriptive sentence; “we took the advantage of a low tide and moved our camp around a point a short distance...”

The key words “short distance” and “around a point” sums up this move perfectly. There is only one place along this shoreline that fits this simple, elegant description.

There is no physical evidence that can show us where Lewis and Clark camped. Any items they accidentally dropped at their campsites would have decayed long ago and any trees where they might have carved their names disappeared last century.

However, on November 17th, while camped at Station Camp, William Clark drew a sketch of the Columbia’s north shoreline, entirely from memory. This exceptional map is filled with valuable information and the first thing to look for is the inaccuracies which can serve to tell us where they did not camp.

It is widely known that if Clark passed an area quickly or from a distance, his maps are not accurate. On the other hand, if he had direct contact with some area and enough time to observe it, he could draw details onto a map that leaves us amazed even today.

When we study this map the most stunning detail is Clark’s inaccurate depiction of the shoreline around Hungry Harbor and Knappton Mill. The shape of the shoreline, the scale of the coves and the absence of creeks shows us, beyond a shadow of a doubt, that Lewis and Clark had very little contact with that area. If they had camped in Hungry Harbor, as is sometimes speculated, Clark would have memorized the contour of the shore and his map would contain stunning and specific details that we would still see today.

On the other hand, when we zoom-in for a close look at this map we see precise information in the first cove above Point Ellice. Clark observed two creeks; one is large and the other is much smaller. They flow into the Columbia from different watersheds set at different angles. This is a tiny detail but with profound importance because 65 years after William Clark camped there Mr. Cleveland Rockwell surveyed and measured this same shoreline. He saw those same two creeks and drew them on his map.

The investigative researcher who is trying to pinpoint the location of old campsites must keep an open mind and study every available bit of information that might be used to better understand Lewis and Clark history. For us to have such compelling evidence is truly a treasure. These two creeks continue to flow down the same two watersheds. Everyday hundreds of people drive past completely unaware of the history that unfolded here. And we know this for a fact, in part, because these two creeks are as convincing as a pair of matching fingerprints.

For a complete account of Lewis and Clark history in the Lower Columbia look for “In Full View,” by Rex Ziak, which was the first book of original research that accurately revealed the details of their ordeal and campsite locations near the ocean. Available in local book stores and museums, or through Amazon.

King: Coronavirus numbers take a turn for the worse

Movies where it was all a dream (or was it?)

'This is pretty frightening': Gupta reacts to Covid-19 revelation