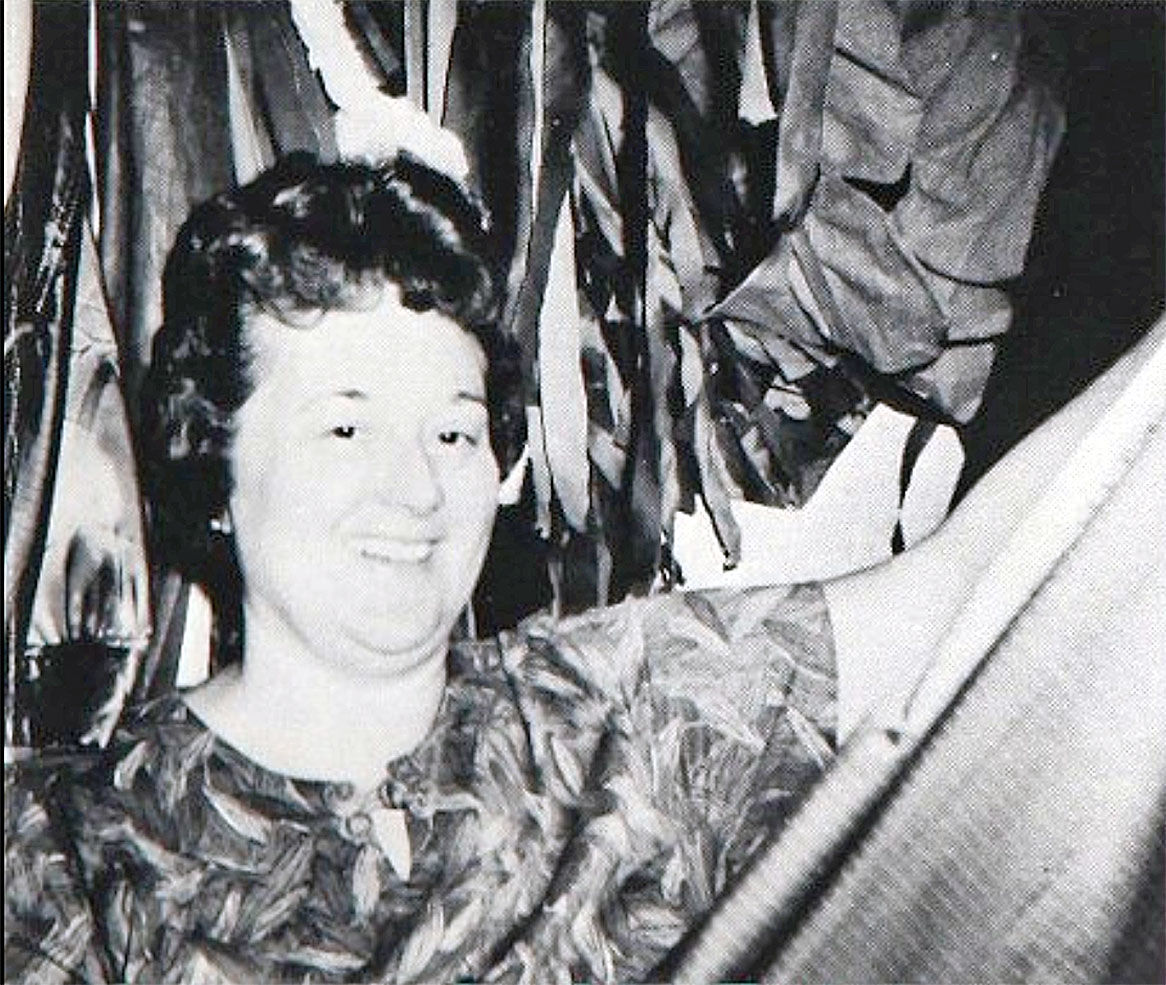 Demanding and dedicated, Gloria Hause improved many lives during her years teaching at Ilwaco High School. 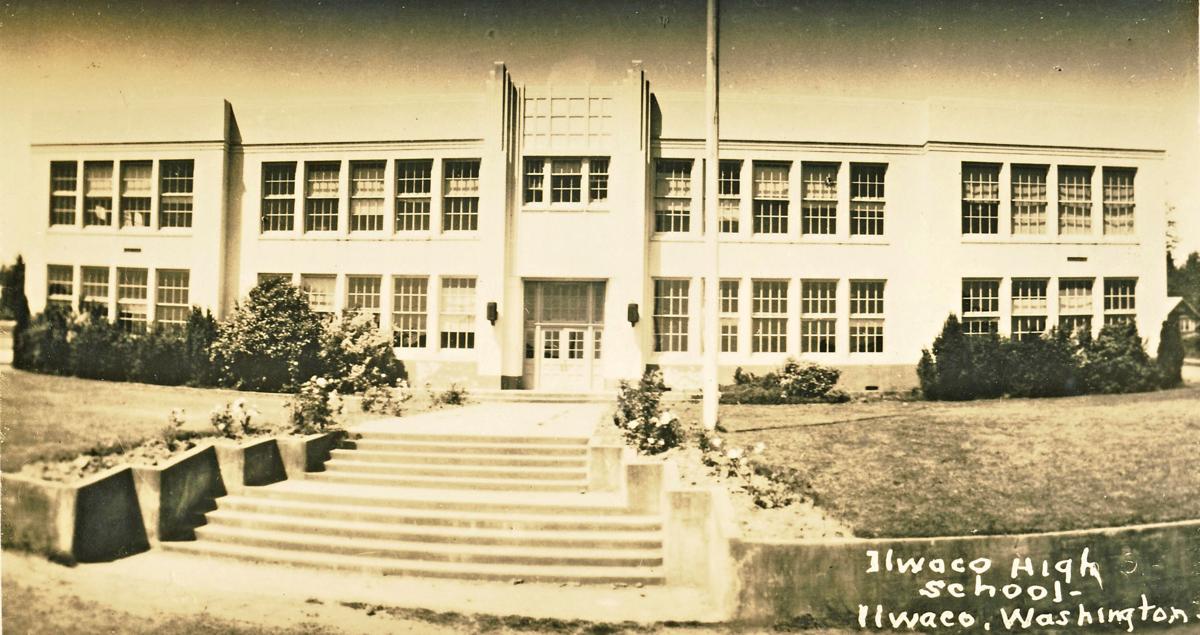 During much of the 20th century, Ilwaco High School was located in what is now Hilltop Middle School.

Perhaps the pandemic is causing personal introspection, or perhaps, an intermittent stroll down memory lane. Maybe at my age, this is a good thing: the old noggin is still tracking, still remembering, still rambling.

In 1963, I was a freshman at Ilwaco High School. There were bullies. There were demeaning initiations and covert threats. There was some physical contact. Thankfully, it was mostly jostling, the posturing of vindictive primates. Being neither big nor tall nor particularly athletic, I lived on the margin of this athletic society, at a kind of lower social strata. My father was the Doc. Everyone assumed I was pampered. Rich! None of that was true, but perceptions often become realities. Tell me, all you years, has much changed?

Gloria Hause was big and tall and formidable. I think of her as six-feet of indomitable power. Decades most likely have altered my perception. First day of class I returned her question, as “Mrs. Hause,” a near fatal mistake. “My status,” she replied, “is Miss.” I was off to a poor start but trudged on. Gloria twisted growth out of me, out of us, the students — not imploringly, not even kindly. These were lessons and you had better listen up! I remember her standing beside my desk and intruding on my daydreams. “Come back, David,” she said. I always did, tout suite!

Gloria didn’t allow resistance to the demands she placed on her students. She saw, just down the hall, how teachers with less backbone were constantly manipulated. How several classrooms became exercises in futility, a bit of a daily circus. Not on her watch. No Ma’am!

The lady never raised her voice, never threatened or ran to the office for administrative support. It was there, all right, in the form of Al Lord, a man of quiet resolve, of courage and kindness. Soft spoken, his brand of discipline had a way of sneaking up on you. He never cared who my father was. Who yours was! He called to my strengths, and to those of others. There is never enough of that in this fragile world. There may never be!

We were there to learn

Gloria showed little of that brand of soft intervention. We were there to learn. Her job was to teach, and learn we did. She was stern and she commanded respect.

She had us perform Shakespearian plays, “Macbeth” and “Hamlet.” And there were others like “Oklahoma” by Rogers and Hammerstein. Even the athletes were required to participate. I remember after football practice, the ballplayers singing in the showers, “There’s a bright golden haze on the meadow.”

Her mode of teaching employed discipline. We memorized 25 new words and their definitions every week. Several hundred a term. A big test at the end — she seemed to know each student’s strengths and weaknesses. You couldn’t hide from her, and it drove you to get it right. I remember miscreant, a word she playfully leveled at me. Her word picks were challenging.

She had us perform Shakespeare plays, “Macbeth” and “Hamlet.” And there were others like “Oklahoma” by Rogers and Hammerstein. Even the athletes were required to participate. I remember after football practice, the ballplayers singing in the showers, “There’s a bright golden haze on the meadow.” That was from “Oklahoma.” So much for machismo.

Outside it was winter. I swear, the rains were heavier in those days. We played football on a saturated field that resembled a swamp. As unpleasant as that was, practicing in that muck gave us a distinct advantage over visiting teams who were used to more manicured fields. It is rumored that on one particularly stormy Friday night, the other team surrendered.

We read books, and wrote poetry. That verse was my first attempt. She left me with a thirst for the written word. And something else; let’s call it fire in the belly, a questing.

Sometimes admiration tumbled out indiscriminately. They, the boys in the locker room, spoke respectfully of her contributions, though, truth be told, that begrudging respect was later replaced with full-on respect as boys grew into men, as the years galloped by.

A teacher named Stovener stumbled into the first art class ever offered at Ilwaco High School. I was a senior. Much earlier (in the fourth grade), I had forfeited pencil and paint after my report card threatened the temper of my Irish, street-fighter father with a score of six “F’s” and one “A.” The “A” came in art. In 1966, Stovener ignited a reunion in my soul. The whole class got engaged. They found the joy of creativity — something often missing in other classrooms. One of my dear high school friends who was mostly a hunter-gatherer at the time, began to enthusiastically build a large metal sculpture. “No limits,” said this educator. “Have fun. Be free.” We did and were, and in this football-basketball society, all that came as a revelation. The next year, he was let go. Gossip had it that he drank a bit much on the weekends. I’m still wounded by his departure. It’s always hard to measure the common good.

There was daily kindness and enthusiasm from the school librarian, Marjorie Beard. Marge was always a supporter of me and so many others. If the Dewey Decimal System didn’t survive into the Nuclear age, it did alert us to the power of books, investigation and research. And most important: critical thinking. She took her ribbings, all right. But Marge loved the power of the written word and never apologized for her scholarly affliction. Her affection for black print spilled onto the best of us. We never knew how lucky we were!

Back then, good teachers were not common. In the 1960s, perhaps the easiest degree to earn was a teacher’s degree. The pay wasn’t much, and many students turned to higher paying professions out of financial speculation. Some of the most vulnerable teachers were bullied by the student body. I’m sorry to admit this, but at times, I was one of those.

Gloria gave so much, effectively and consistently. Oh fleeting years — to have such a rich gift laid upon us; to have ultimately recognized a teacher of her stature. What more might motivate us to spiral into that rare cocoon of wisdom, if only by little bits and bytes, but then, what other purpose does this God-given evolution offer? Just what is our mission on this painful planet called Earth? Honestly, one can only speculate.

But there is little guesswork here: Gloria Hause, left an indelible mark on her many students.

What this national daycare center is doing to stay open safely