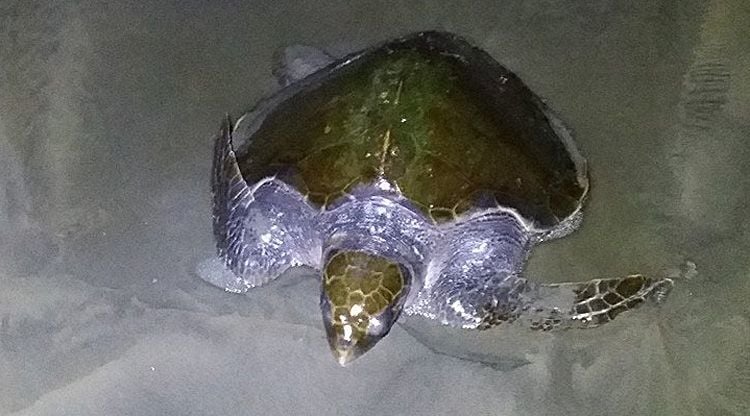 This 40- to 50-pound sea turtle was rescued from the beach near Leadbetter Point and taken to the Seaside Aquarium. If it seems likely to survive, it will be transported to the far warmer waters of San Diego's Seaworld for rehabilitation. 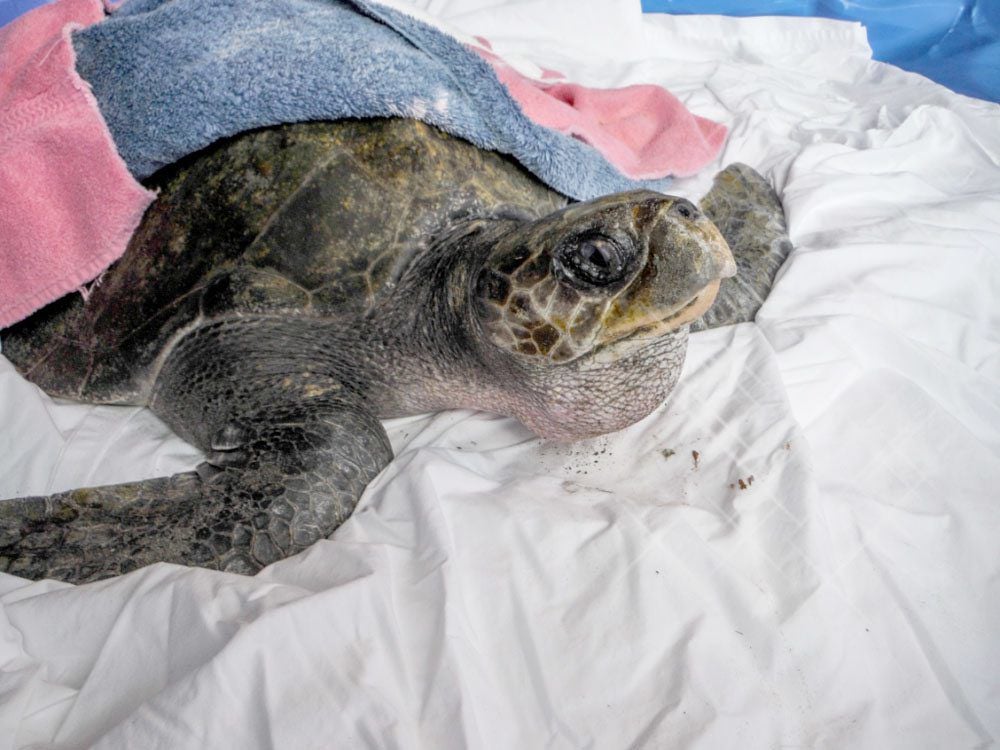 Seaside Aquarium personnel are keeping a sea turtle comfortable after it was rescued near Leadbetter Point. 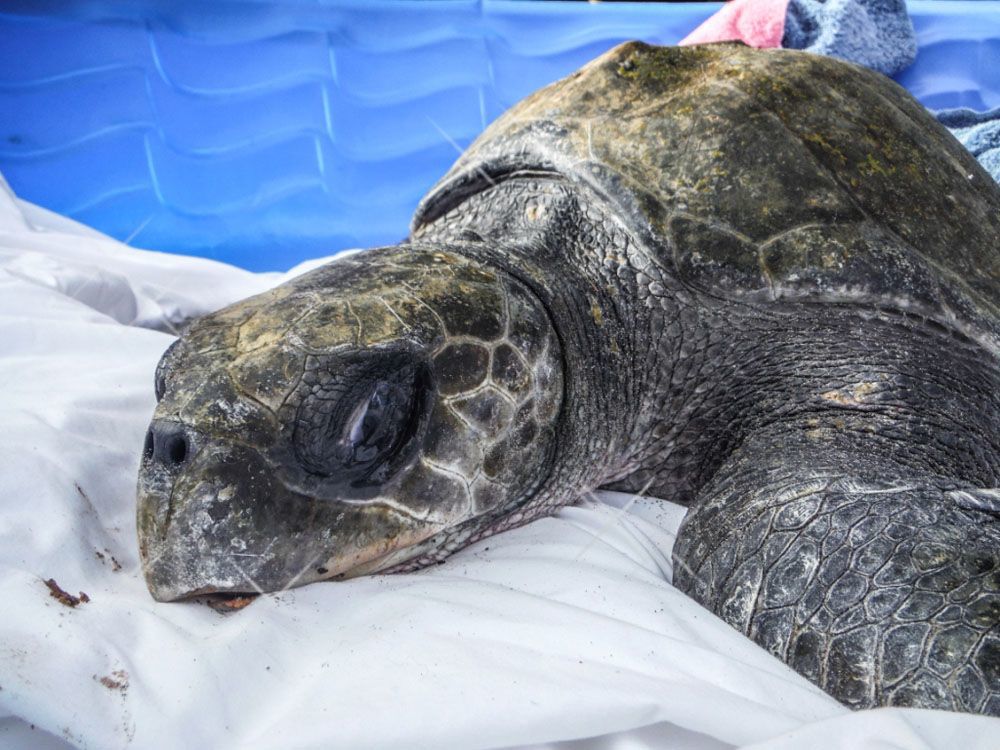 A sea turtle is convalescing at the Seaside Aquarium after being rescued on the Long Beach Peninsula.

This 40- to 50-pound sea turtle was rescued from the beach near Leadbetter Point and taken to the Seaside Aquarium. If it seems likely to survive, it will be transported to the far warmer waters of San Diego's Seaworld for rehabilitation.

Seaside Aquarium personnel are keeping a sea turtle comfortable after it was rescued near Leadbetter Point.

A sea turtle is convalescing at the Seaside Aquarium after being rescued on the Long Beach Peninsula.

LEADBETTER — Ocean Park resident Samantha Millner and her boyfriend were hoping to find something cool on the beach, maybe an old glass float.

The high Winter Solstice tides and recent storms had probably dredged up all sorts of interesting things, they reasoned as they drove along the northern tip of the Long Beach Peninsula before high tide Dec. 21. Their car’s headlights shone off the water and sand as they combed the beach.

Then the headlights picked up something else entirely.

“And we just didn’t believe what we saw,” said Millner.

They were looking at a young sea turtle, just over two feet long and weighing roughly 40 to 50 pounds.

“We just sat there for a little bit,” Millner said. Then they both took to their phones, trying to contact friends with the Washington Department of Fish and Wildlife. Eventually they were put in touch with the Seaside Aquarium, which said employees could track down the turtle and pick it up in the morning.

On Dec. 22, the aquarium employees found the turtle and loaded it into a truck. As they lifted it, the turtle moved its flippers as if it were trying to swim away.

Leatherback and green turtles (they aren’t sure yet what kind of sea turtle it is that Millner and her boyfriend found) are not something the Peninsula is used to seeing, but they do wash up on Oregon and Washington’s coasts occasionally after storms. And Chandler is preparing to get more phone calls and more sea turtles.

“Usually when we get one along the coast, we’ll get more than one,” he said. “The same weather event is what kicks them up on the shore.”

Green turtles are listed as an endangered species and are typically found in tropical and subtropical coastal waters. They are a common turtle species in Hawaiian waters. They can reach a size of 5 feet and weigh up to 700 pounds. Leatherbacks, also endangered, are even bigger. The largest turtles on the earth, they can reach 7 feet long and weigh up to 2,000 pounds. They range far and wide and can be found in both tropic and temperate waters, traveling as far north as Norway and as far south as New Zealand.

A tumble in stormy water is not ideal for either species, though. The sea turtles the Seaside Aquarium has seen over the years are usually alive, but their chances for survival are low.

“The success rate isn’t too good on them,” Chandler said. “They’ve been out in storms, in cold water. They’re hypothermic.”

“Actually this guy is one of the livelier ones we’ve seen,” he said about the sea turtle Millner found.

Employees with Newport’s Oregon Coast Aquarium were scheduled to pick up the young sea turtle in the afternoon Dec. 22. Generally, that aquarium will begin the initial rehabilitation work. If the turtle appears to be recovering and growing stronger, it will likely travel next to Seaworld where rehabilitation work will continue. If that goes well, the turtle will probably be released near San Diego, Chandler said.

“That’s the ‘perfect’ plan,” Chandler said. Depending on how much of a recovery the turtle needs to make, however, that plan could change.

The day after Millner found the turtle, another person reported finding an injured baby seal.

“Marine mammals dead or alive, give us a call,” Chandler said.