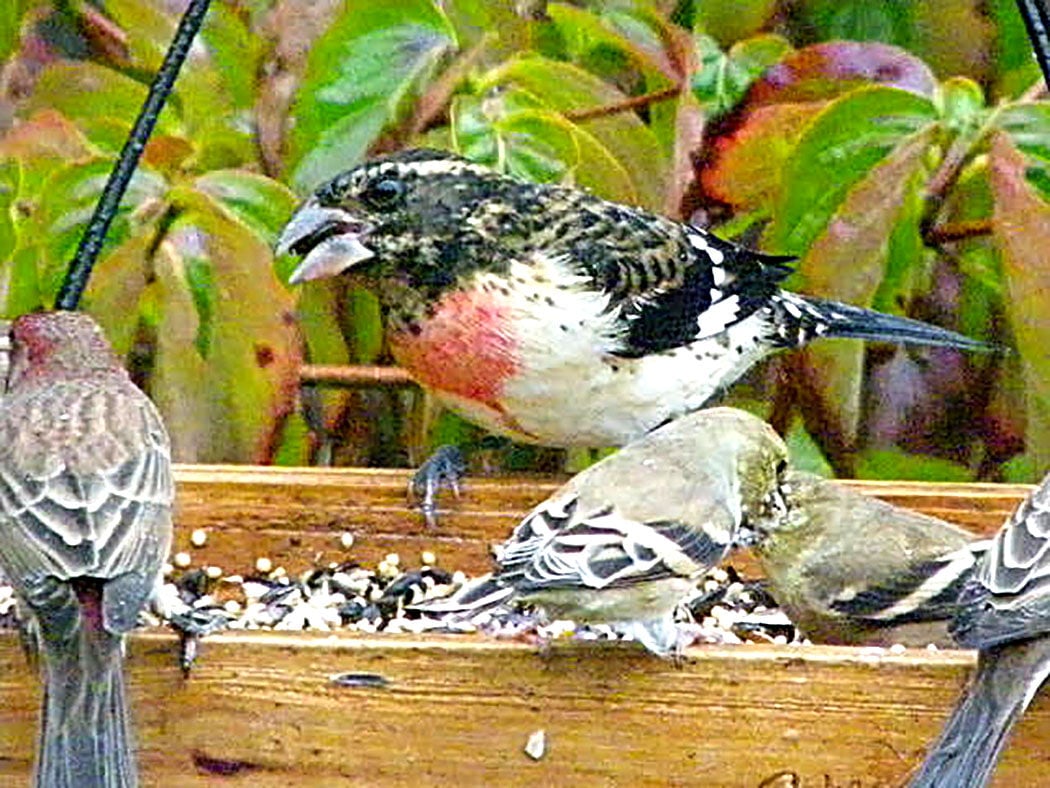 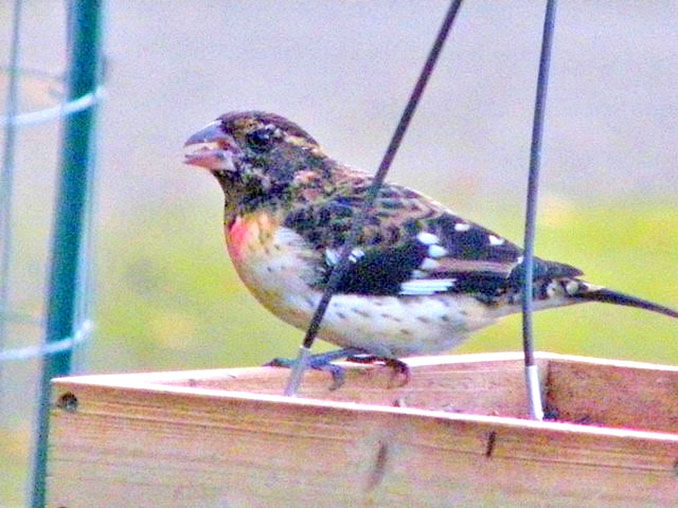 The immature male rose-breasted grosbeak is dressed in brown but has a hint of the rose triangle on its breast. 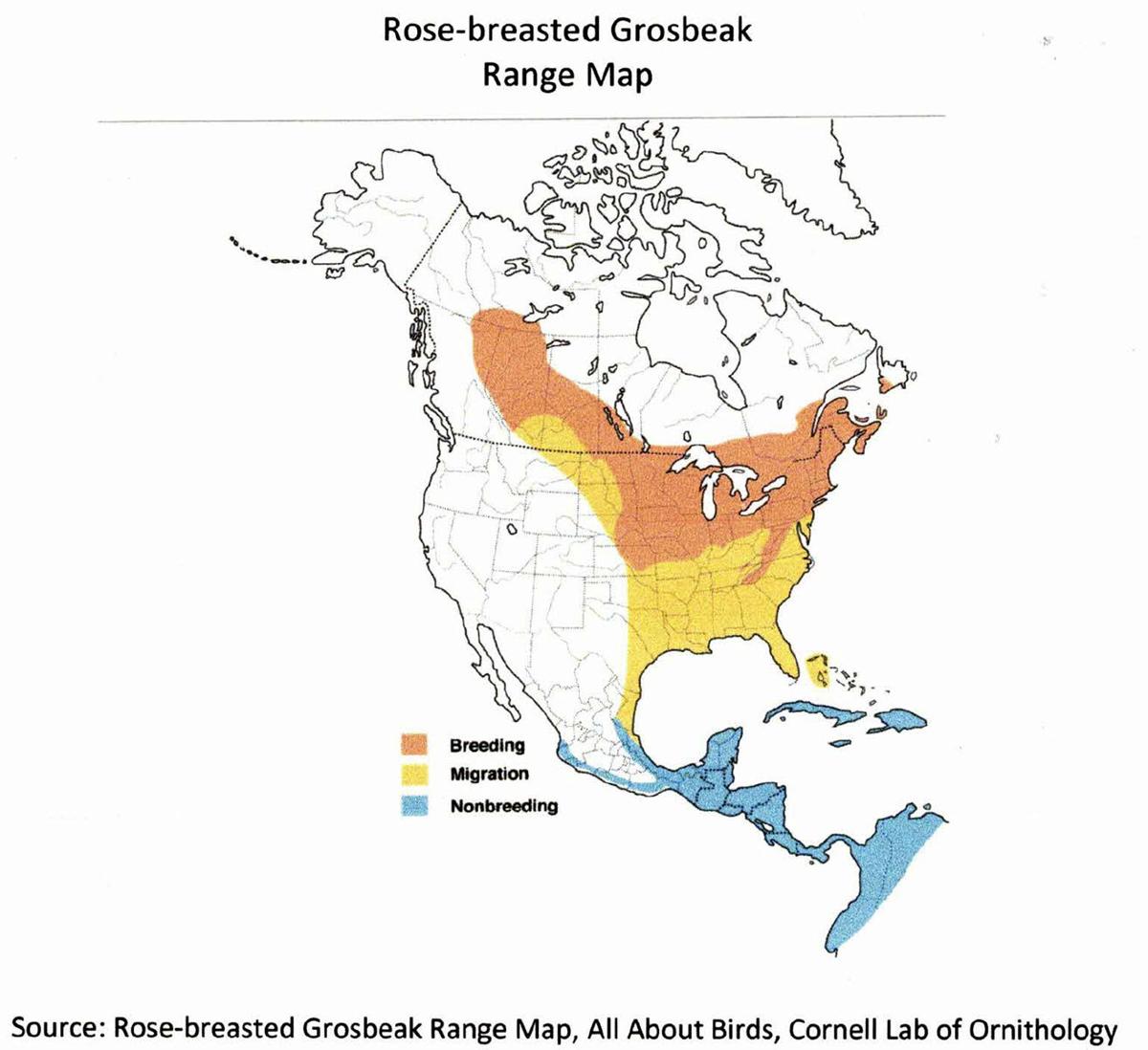 The immature male rose-breasted grosbeak is dressed in brown but has a hint of the rose triangle on its breast.

The range map indicates that the breeding grounds of the rose-breasted grosbeak include parts of British Columbia, Alberta, Saskatchewan, Montana, North and South Dakota (“the West”) and east from there to the Atlantic coast. The rose-breasted grosbeak migrates from these areas to central and the northern part of South America. According to the Cornell Lab of Ornithology, the birds that winter in Mexico and Central America tend to be from the more western areas mentioned above. This suggests that Dan and Sharron’s accidental tourist may have been blown off course or just accidentally flew off course into the Ocean Park area when it was on migration through the western states!

Rose-breasted grosbeaks are medium-sized songbirds and are about the size of a robin. Their bills are pale in color, large in size and specialized for crushing seeds such as sunflower seeds. The male is black and white with a beautiful rose-colored triangle on its chest. Noticeable in flight are its rosy pink wing linings. The female rose-breasted looks like a large sparrow wearing brown streaks above and below. Her large bill stands out as does her striped head with its large white eyebrow stripe. Her wing linings are yellowish. Immature male birds look like the grosbeak in the photos. The birds appear to be a bit fluffy and look as though they are in the process of coming into full adult male plumage. The birds are dressed in brown, more like the female but each has a hint of the rose triangle on its breast just like the male.

The song of the rose-breasted grosbeak is similar to that of our black-headed grosbeak. It is a melodious rambling sounds like the song of the robin but much slower. The rose-breasted grosbeak feasts on seeds, berries and insects. It is particularly attracted to bird feeders containing sunflower seeds. It has been argued by some scientists that grosbeaks are also smart birds. Many species remember where feeders in their territory are located. Grosbeaks and hummingbirds are two species that seem to have such smarts!

As I write this on Oct. 13, Dan and Sharron’s rose-breasted grosbeak is still feasting on sunflower seeds and even suet. Their accidental tourist is probably refueling for the long and often arduous trip to Mexico or Central America.