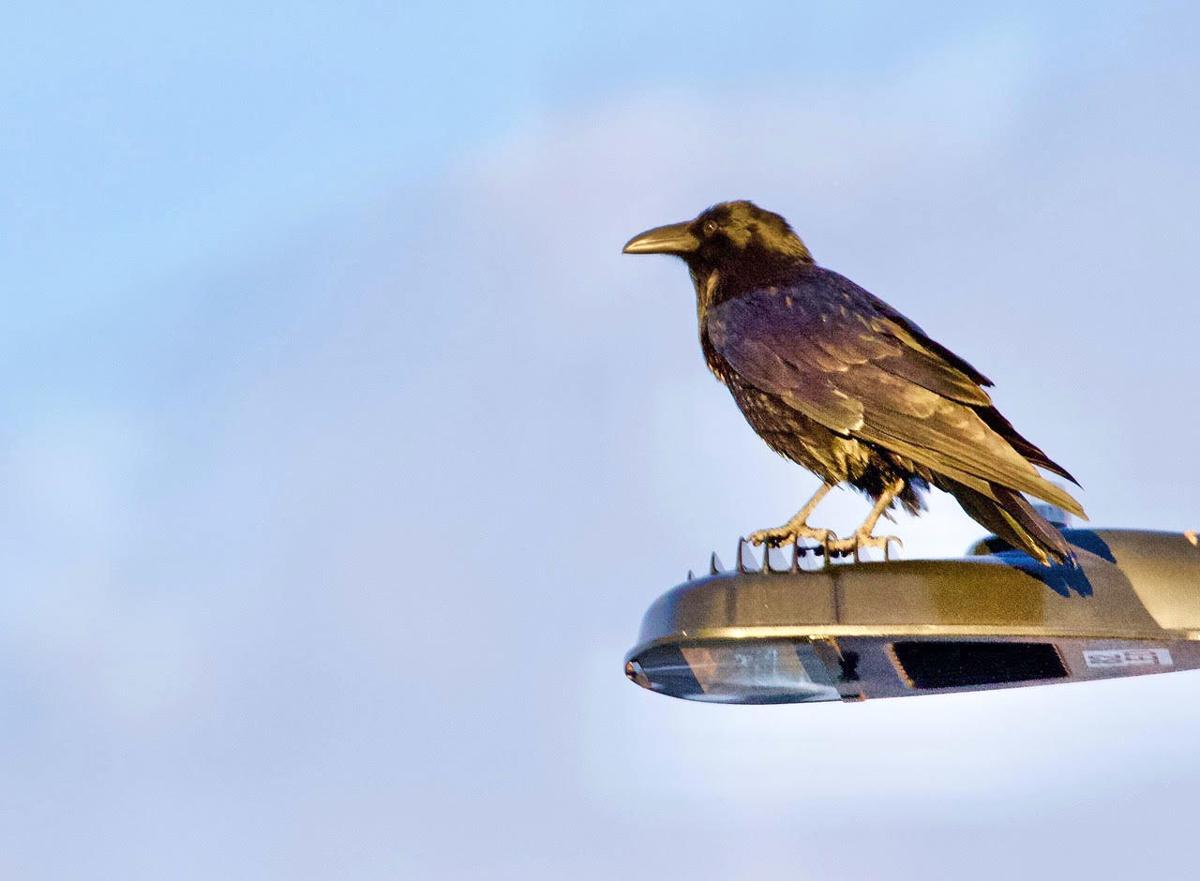 Crows caw, but ravens like this one emit a hoarse croaking that is deep and resonating. 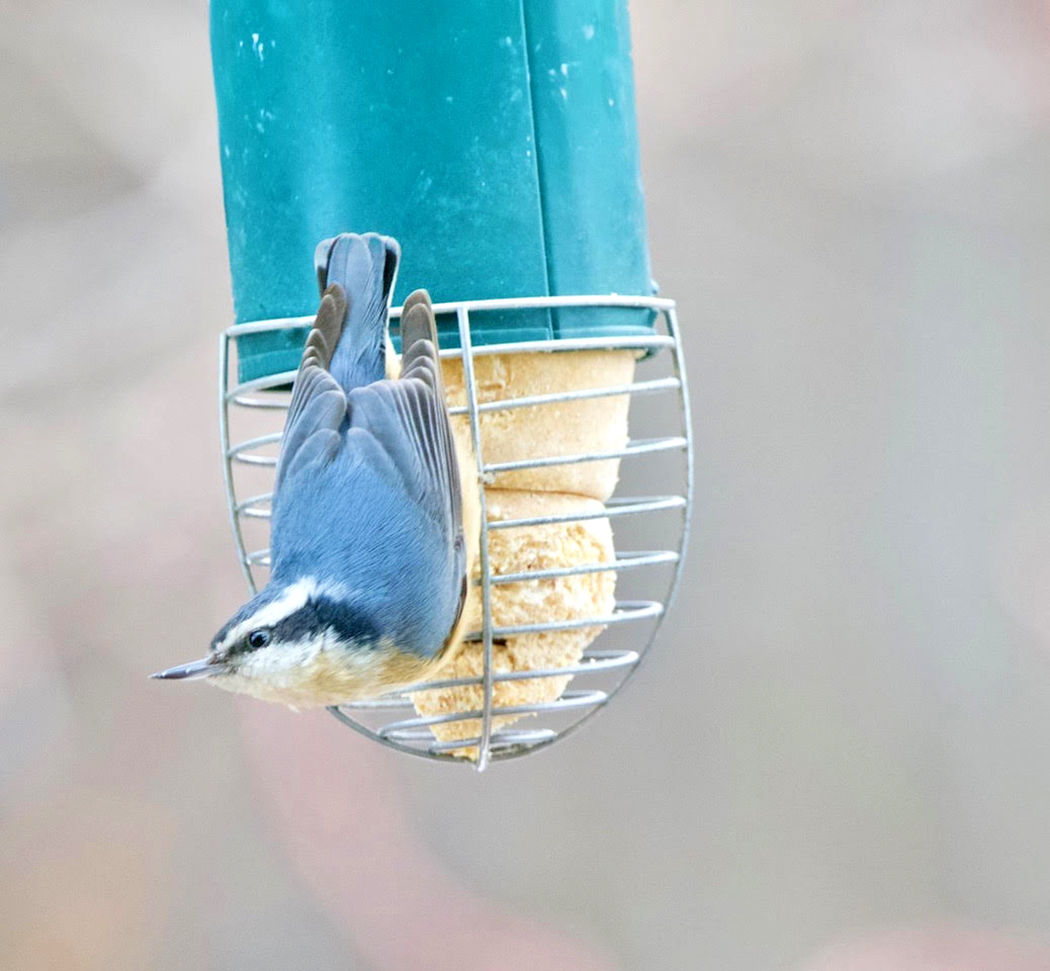 The red-breasted nuthatch has a nasal call that sounds to me like it is saying, “yank, yank, yank.”

A loud, wooden rattle or rolling bugle signifies the presence of Sandhill cranes. 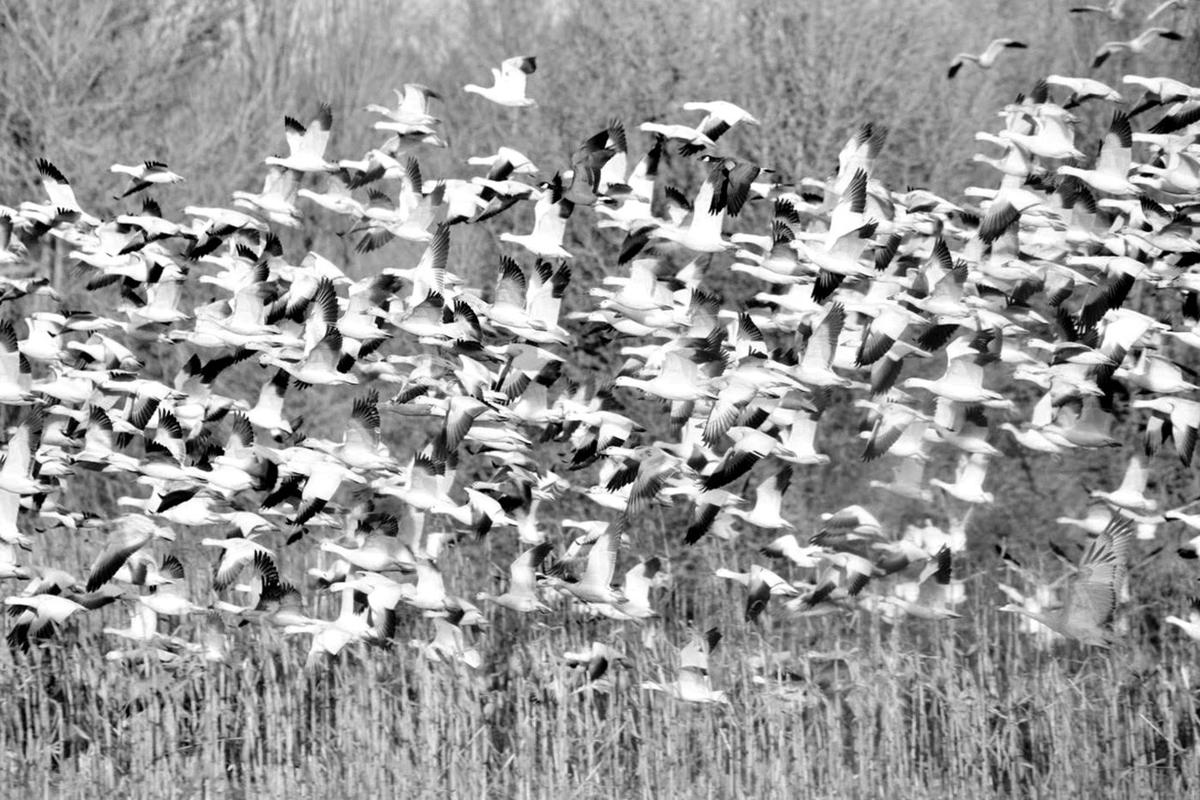 The snow geese on Lower River Road are loud when they fly up in unison.

Birding by ear is not an easy task because even though each species sings its own notes, many sound similar which makes them difficult to tell them apart. Lately, a few articles on the topic of learning bird song have been appearing in birding magazines and in online messages. So it seems like a good time to talk about this, and besides, spring is almost here and when it arrives the air will be filled with bird song!

Birding with one’s ears is an exciting addition to bird identification. The current articles provide pictures of bird song, called audio spectrograms along with a description of how to interpret them in terms of the number of notes or the characteristics such as being buzzy as opposed to being melodic. Those interested in this technique can make their own spectrogram of any species using a smart phone or a recorder. (See Bird Watcher’s Digest, March/April, P.61). As indicated in the article, spectrograms revolutionized the study of bird song in the 1950s. Just as we learn to identify species through pictures of birds, so too, do pictures of song help us identify a species call or song. Field guides such as the early versions of the “Golden Field Guide, Birds of North America,” by Chandler Robbins et.al., presented pictures or sonograms, as they were called, of the bird song for selected species. It was first published in 1966 and was my go to field guide when I first began to bird.

For me, learning bird song opened a new door to my birding experience and gave me a skill that made bird identification even more fun and exciting than it already was. I first learned who was singing by following the sound of the bird until I located it. I sat or stood in silence watching the bird sing for as long as it continued to belt out its song. This experience helped me to retain the song or calls that went with many species, not as sophisticated as making one’s own spectrogram, but it worked. Most of us aren’t likely to forget the bird and its song if time and activity is invested in learning this way. We can also buy CDs of bird song or call up a species on our smart phones. Thus, there are choices on how we choose to learn bird song. No matter how we learn, it adds skill and excitement to bird identification.

For me, learning bird song opened a new door to my birding experience and gave me a skill that made bird identification even more fun and exciting than it already was.

There are little tricks that one can apply to learning songs of some species. For example, the American robin has a melodious call with liquid notes typical of thrushes. Tanagers have a similar song, but they sound like a robin with a sore throat when they sing. The black-headed grosbeak’s song is also robin-like, but it sounds like a very lazy robin. Some birds call their name. Black-capped chickadees say, “chick-a-dee-dee-dee” and killdeer call, “killdeer, killdeer, killdeer.”

Listening to the notes and making up a phrase that describes the song or call can also help you to remember a species. The barred owl’s song sounds like it is saying, “Who cooks for you,” the yellow warbler seems to sing, “Sweet, sweet, shredded wheat,” and the olive-sided flycatcher seems to say, “Hic, three beers.” These are just a few examples of phrases that some birders use, but there are many more and you can make up your own phrases if it will help you to remember a bird’s song.

Our summer residents will be singing up a storm come May and June. Knowing a few songs can add to your enjoyment of these birds. Early morning is a good time to listen, especially if you enjoy bird symphonies. The dawn chorus begins early. As the dawn breaks more and more species will add their voices to the chorus. It is a hearing experience like no other.

The recent articles about bird song all say that learning the songs of some of our “spring migrants will take [our] birding to a whole new level.” I agree! Give it a try!