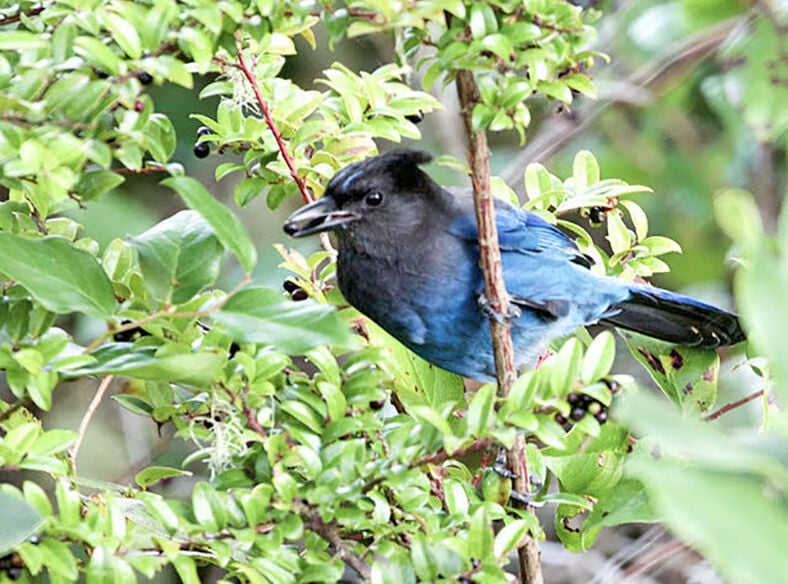 Steller’s jays feed on fruit as well as seeds, frogs, snakes and insects. 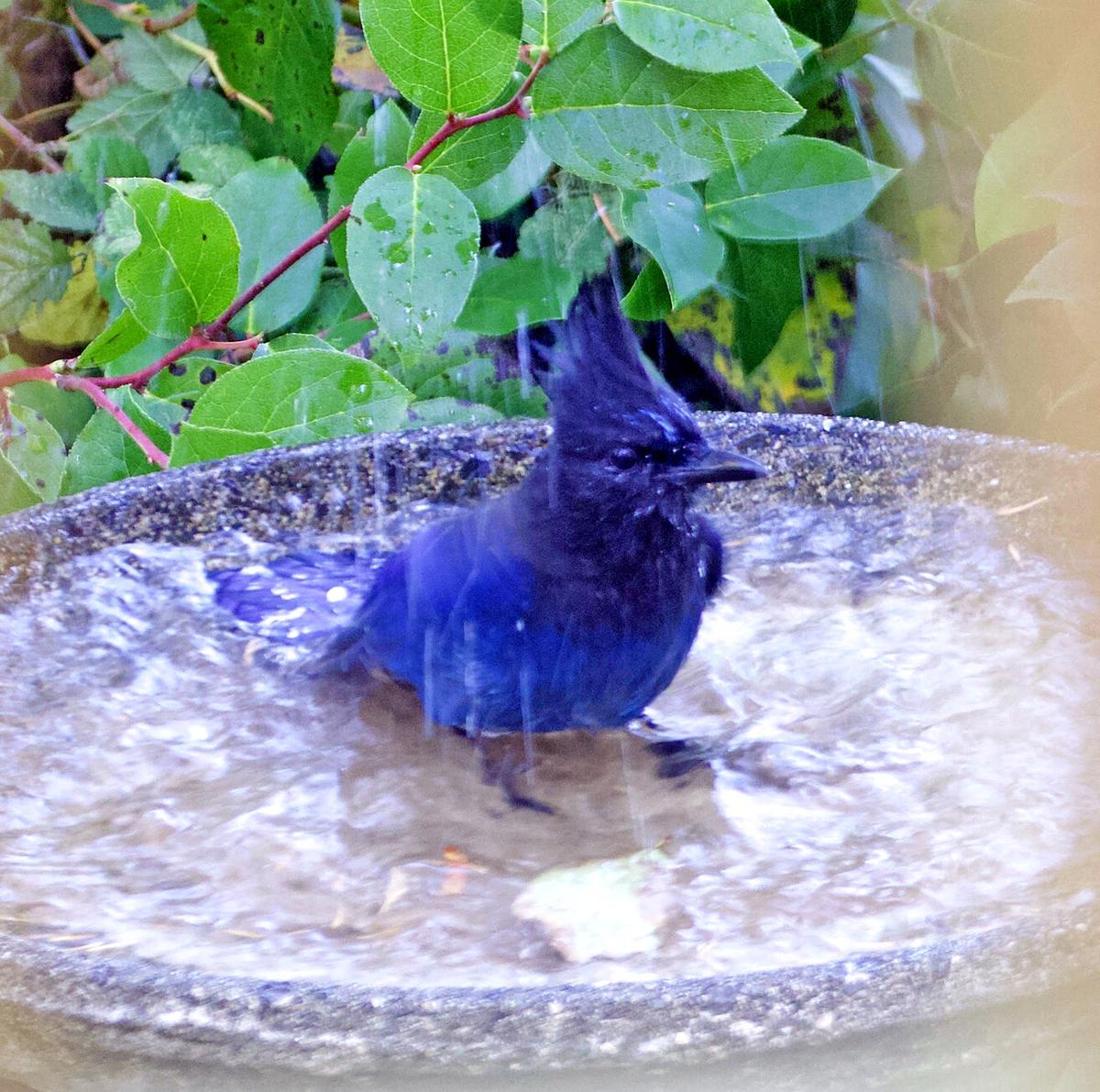 Steller’s jays visit birdbaths often, even on this rainy day at Willapa Bay. 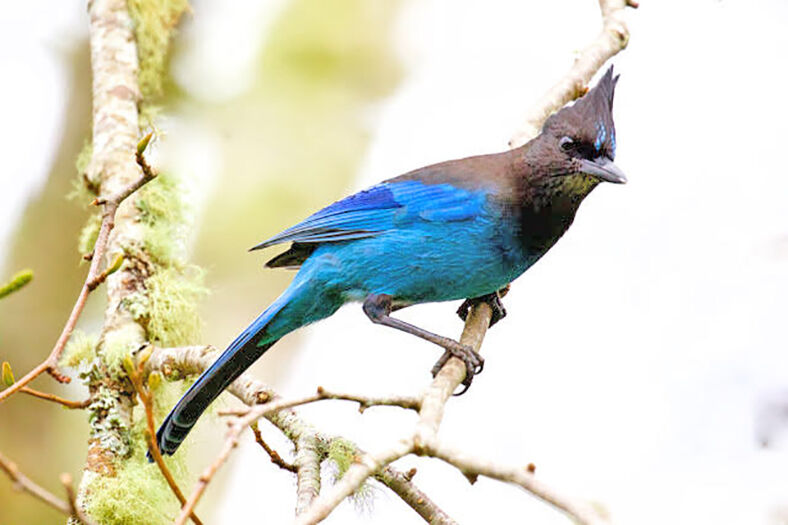 The Steller’s jay is a relatively large jay with a black head, crest, upper back and chest. Its lower body, wings and tail are blue. It sports a thin bit of turquoise on its forehead.

Steller’s jays feed on fruit as well as seeds, frogs, snakes and insects.

Steller’s jays visit birdbaths often, even on this rainy day at Willapa Bay.

The Steller’s jay is a relatively large jay with a black head, crest, upper back and chest. Its lower body, wings and tail are blue. It sports a thin bit of turquoise on its forehead.

The Steller’s jay, one of the corvids, is also considered to intelligent and can no doubt think about what they know just like the common raven. It is native to western North America and is the only crested jay west of the Rockies. It is closely related to the blue jay, which is found in the rest of the North American continent. Just like its relatives, the crows and ravens, the Steller’s jay is one of the smartest birds you may see at your feeder.

The Steller’s is a relatively large jay with a black head, crest, upper back and chest. Its lower body, wings and tail are blue. In addition, it sports a thin bit of turquoise on its forehead. It is bold and aggressive when it scavenges at picnic areas, campgrounds and feeders. It is an excellent mimic and is one of those birds that warn other wildlife when it thinks danger may lurk. When walking or hiking peninsula trails you may have heard its harsh, raspy call as you passed by, as it alerts the rest of the forest to your presence.

The Steller’s jay feeds on seeds, fruit, frogs, snakes and insects. On occasion it will also eat the eggs and young of other birds. It is also a feeder bird! It especially loves unsalted peanuts in the shell. If you put a number of peanuts on a railing, table or ground feeder watch the Steller’s jay smartness in action. Scientists note that a Steller’s jay will often pick up a peanut in its bill, put it down and pick up another. It is thought to be weighing the nuts. It ultimately chooses the heaviest one because it seems to know that it is likely to have the largest amount of tasty food inside. I, too, have witnessed this behavior on many occasions. I have laid a series of peanuts from the smallest to the largest all in a row on the deck railing. In every case, the largest were snapped up first. I have also mixed up the sizes, but still the Steller’s chose the heaviest largest first and then the next and so on until they were gone. Clever birds, don’t you think?

Making the Steller’s favorite food available will ensure that you assist it with the need to cache nuts (stores in the ground) for the winter. When it comes to feasting on peanuts, it will stuff one or two in its crop before it flies off to either eat them or cache them. Sibley indicates that jays are experts at hiding food for later use, and that if the jay caching the nut thinks that the activity was witnessed by other wildlife it will quickly come back “to move the cached food to a new and better hiding place” (Sibley: 2020). Sibley further states that this demonstrates a high level of intelligence. It seems that the Steller’s Jay can think about what it knows just like its cousins the common raven, California scrub-jay, and American crow.