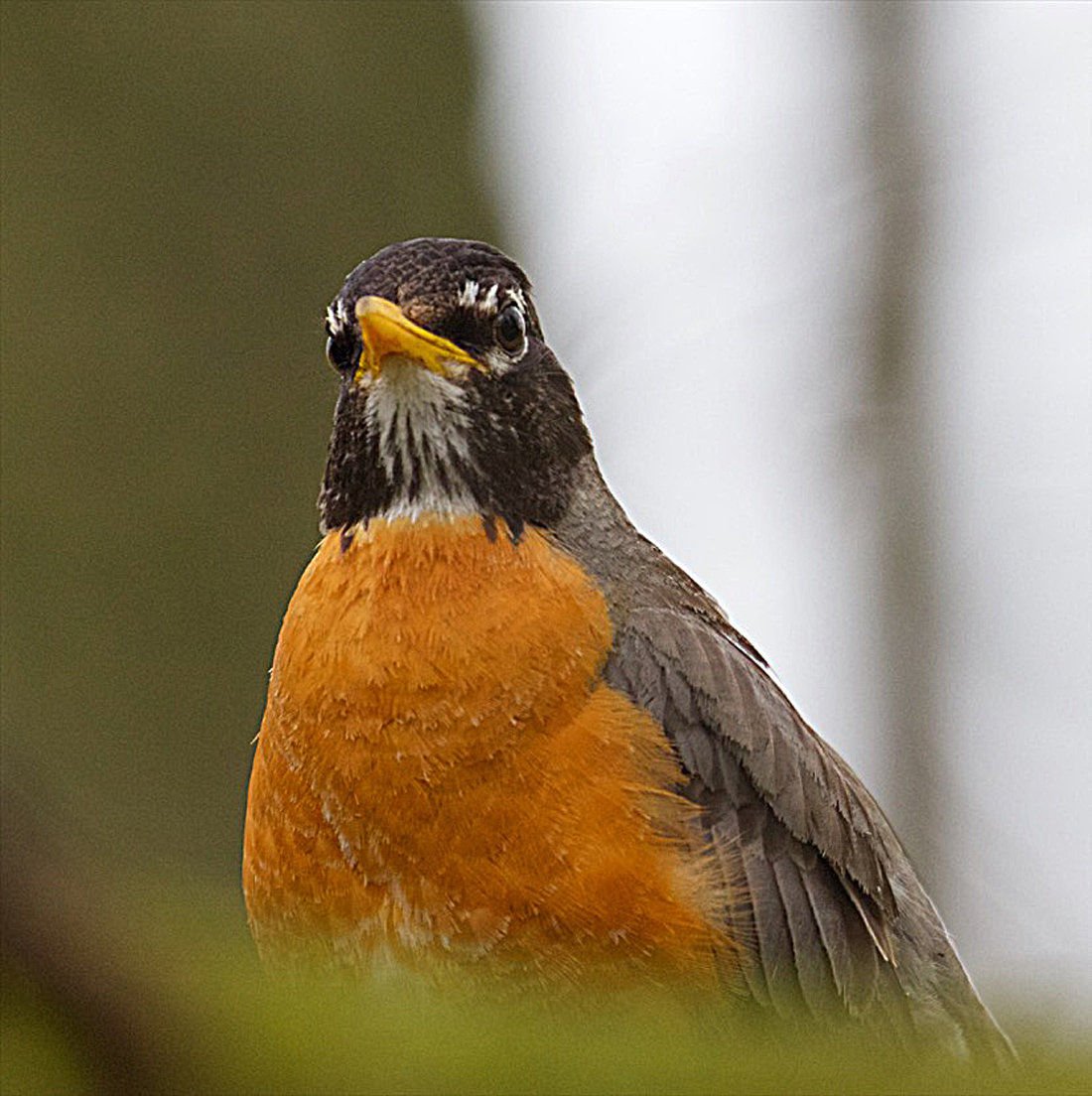 American robins are a familiar, and yet extraordinary, local bird species. 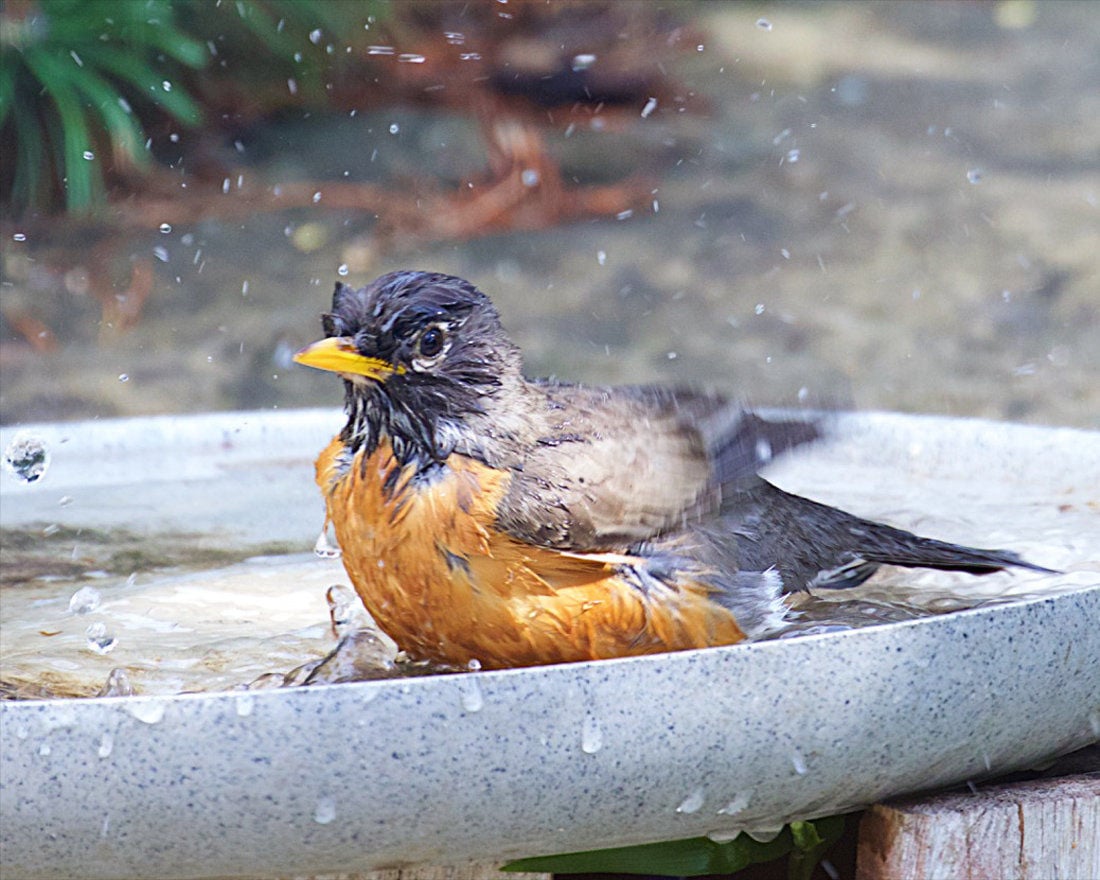 A robin enjoys a bath.

American robins are a familiar, and yet extraordinary, local bird species.

A robin enjoys a bath.

Thrushes are small to medium in size and have short, broad-based bills suitable for feeding on insects and berries. The American robin is perhaps our most common thrush and the most adaptable. It is an extraordinary bird because it nests in our big cities as well as in the wilderness. It is often thought of as a harbinger of spring.

The male robin is dark gray above and bright orange below. It has white-eye arcs and some streaking on the throat. The female robin is similar but is usually paler in color in every respect. Juvenile robins are similar in color to their parents, but also, are extensively spotted. The black spotting fades as the young birds mature. The robin has good posture, as it tends to stand upright.

The American robin is also extraordinary in that its nesting and feeding behavior is easily seen. Birds on the nest are easily observed and they are usually seen hunting for earthworms on lawns during the spring and summer. In addition, robins gather in large communal roosts and foraging flocks in the fall and winter, at which time they may decorate berry-laden trees to eat the berries, which have become their main diet.

This most familiar bird is abundant from spring until fall in the Willapa National Wildlife Refuge, and on the Long Beach peninsula. They are plentiful in winter, but are less abundant than in the other three seasons. The Pacific County field checklist records them as common in all seasons.

The American robin can be seen just about everywhere on the Long Beach Peninsula and the Willapa National Wildlife Refuge. Check out the berry bearing trees for this most extraordinary bird!