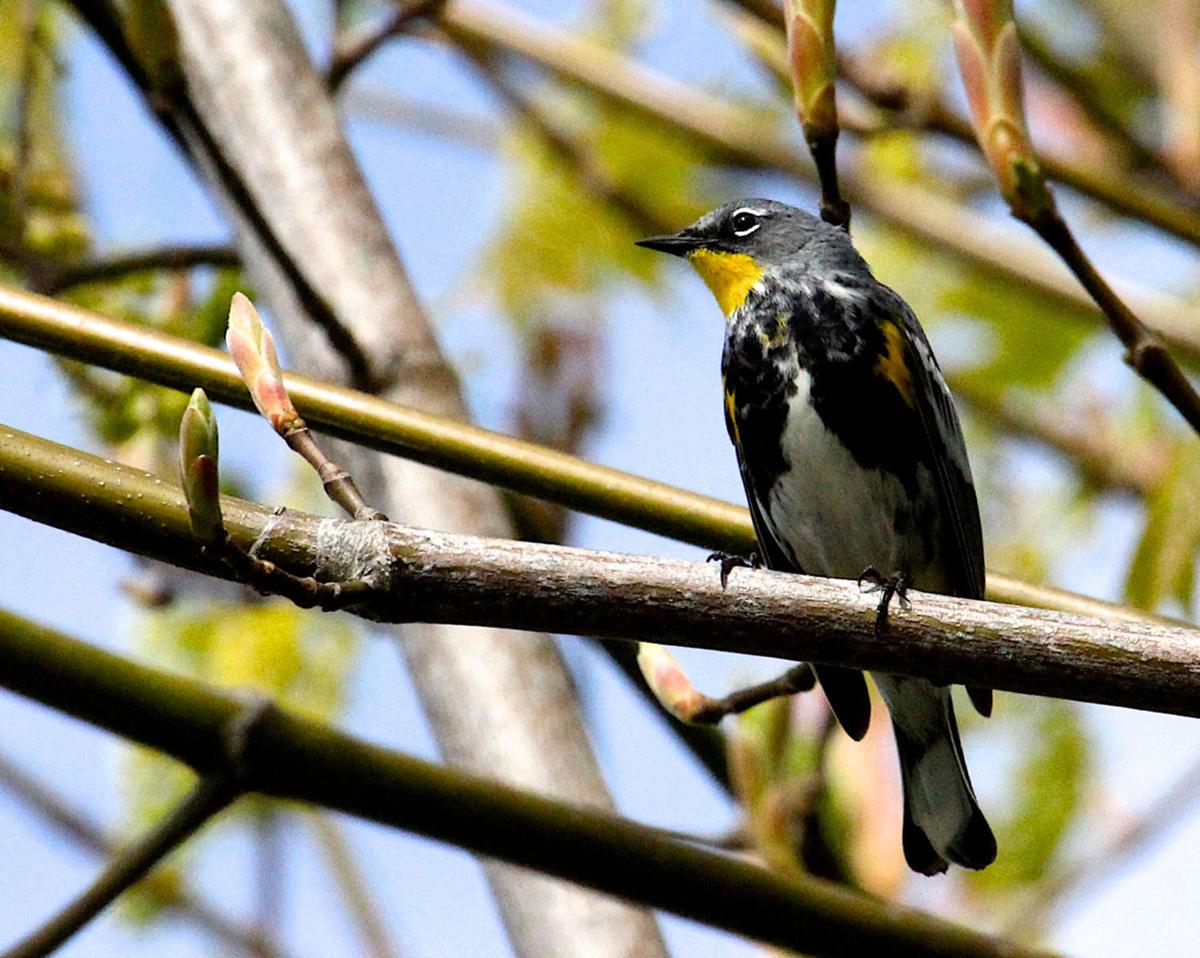 MADELINE KALBACH PHOTO This is the Audubon's form of yellow-rumped warbler. 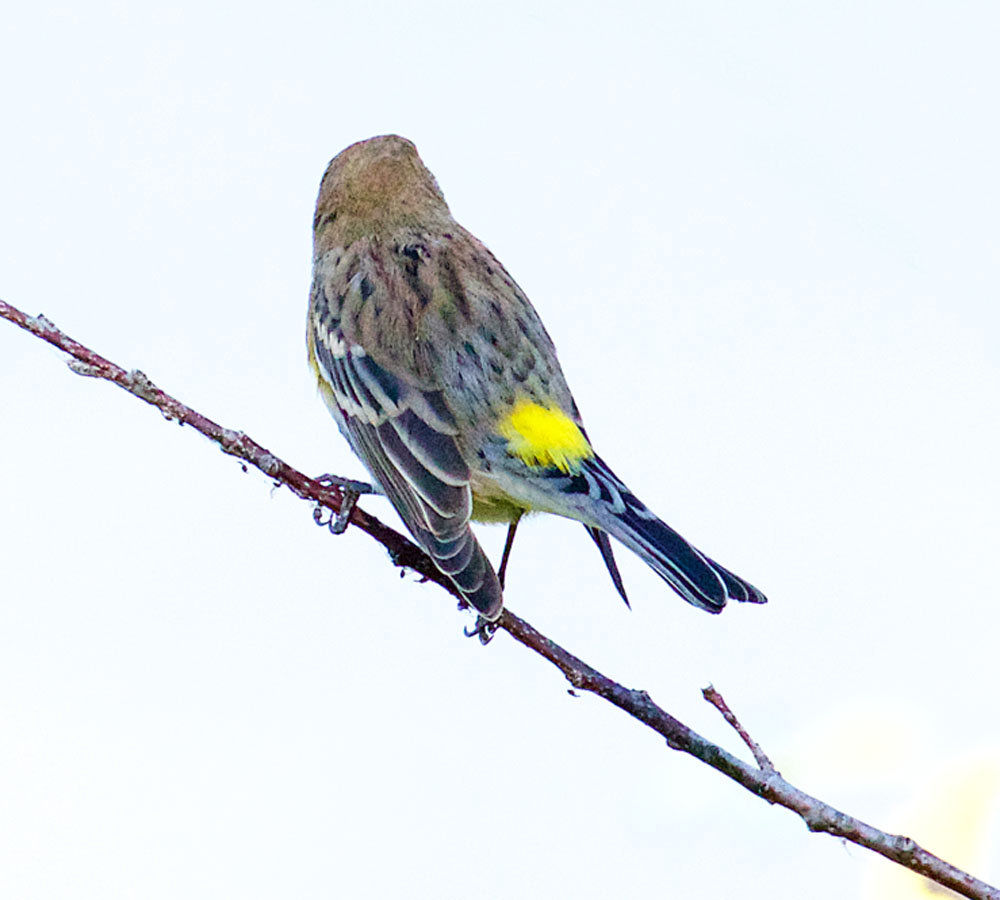 MADELINE KALBACH PHOTO It's easy to see in this photo where the species' popular name “butterbutt” comes from. 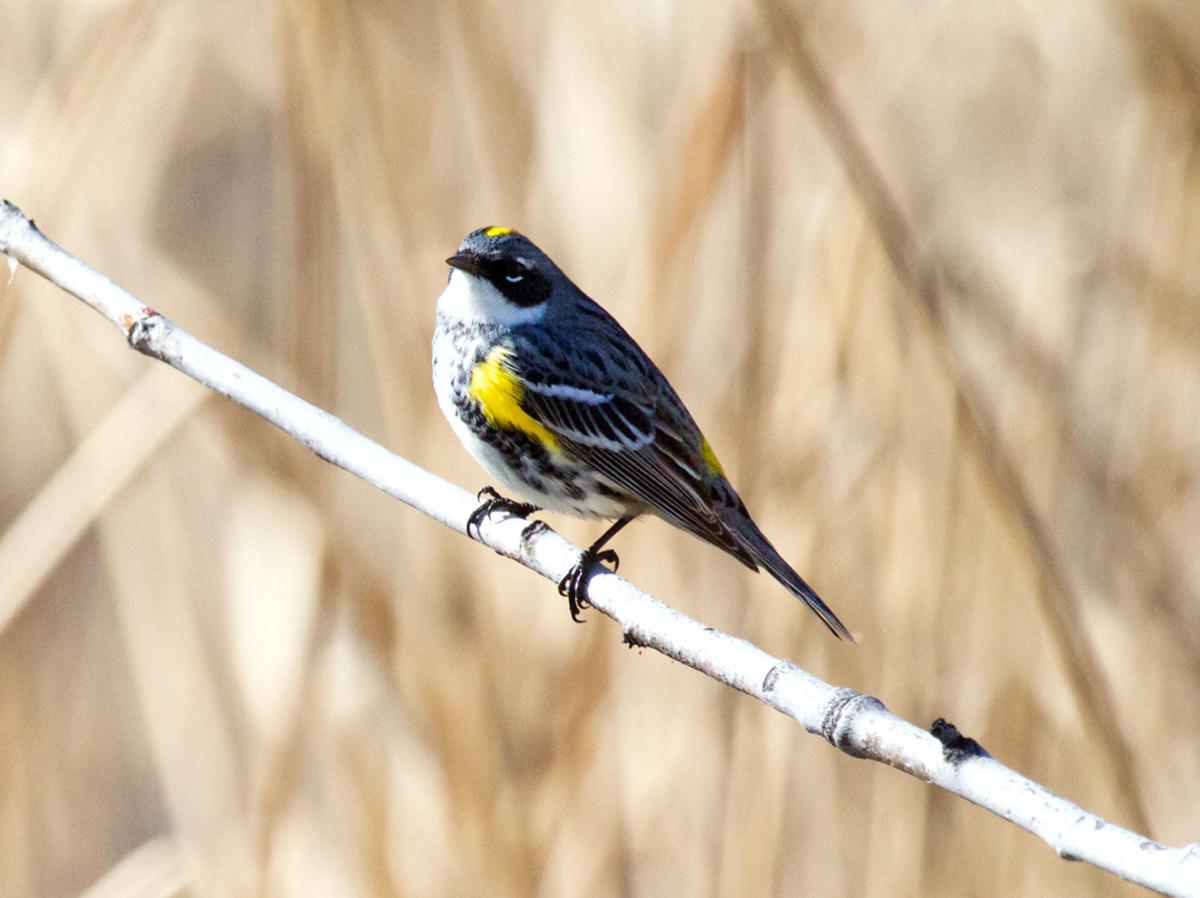 MADELINE KALBACH PHOTO This is the Audubon's form of yellow-rumped warbler.

MADELINE KALBACH PHOTO It's easy to see in this photo where the species' popular name “butterbutt” comes from.

I wrote about the yellow-rumped warbler a few months ago, but this update on the bird seems too important not to tell you about it. According to a Cornell Ornithological lab report, another of our most familiar songbirds found on the Willapa National Wildlife Refuge and the Peninsula, the yellow-rumped warbler or “butterbutts,” as it is often called by birdwatchers, is the center of an ongoing discussion about what is a species! The lab reports that The Auk, a major scientific journal, published a study by David Toews, et al. that indicates the yellow-rumped warbler may be at least three species and possibly four.

The Myrtle warbler of the east and far north and the Audubon’s warbler of the west were separate species until 1973 when they were lumped together as one species and renamed the yellow-rumped warbler. Scientists based this on breeding evidence that indicated that the two species routinely interbreed where they overlap in the Canadian west. Five decades later it appears as though another change is in the making. DNA evidence seems to suggest that scientists may have been right in the first place.

The DNA evidence collected by the scientists was extensive and suggests that the Myrtle and the Audubon’s “really are separate” species. Two other possible forms of the yellow-rumped are found in Guatemala and the mountains of northern Mexico. The bird found in Guatemala is almost entirely restricted to that location. It is known as Goldman’s warbler, while the black-fronted warbler of northern Mexico is still debatable at this point in time.

The Myrtle form of the yellow-rumped breeds in eastern and northern North America. The major difference between this bird and the other three forms is that it has a white throat. It is the bird that birdwatchers in the eastern United States and Canada usually see. It migrates longer distances and its range spreads further north than the other forms. Audubon’s form of the yellow-rumped breeds in western North America. Its distinguishing feature is its yellow throat, and gray head and chest. Bird watchers living in parts of Alberta and British Columbia and in the western United States usually see this form. The other two forms of the Yellow-rumped are non-migratory and are permanent residents in their range in Mexico and Guatemala.

Our current field checklists will not change just yet. When the American Ornithologist’s Union deliberates in July of next year it will make a decision based on the DNA evidence presented in Toews et al. If there is agreement then there will be a change to our field checklists. It is only then that the Willapa National Wildlife Refuge fieldcheck list will include both of the “butterbutts” and the yellow-rumped warbler as a species will be no longer. In the meantime, look for yellow-rumps or “butterbutts” with their yellow rumps in the forests of the Refuge and the Peninsula. Tarlatt, Reikkola, Leadbetter, Cape D and Beards Hollow should yield excellent opportunities for sightings.