A female, left, and male redhead ducks made their across an open area in Chinook Valley. The species is rarely observed in Pacific County. 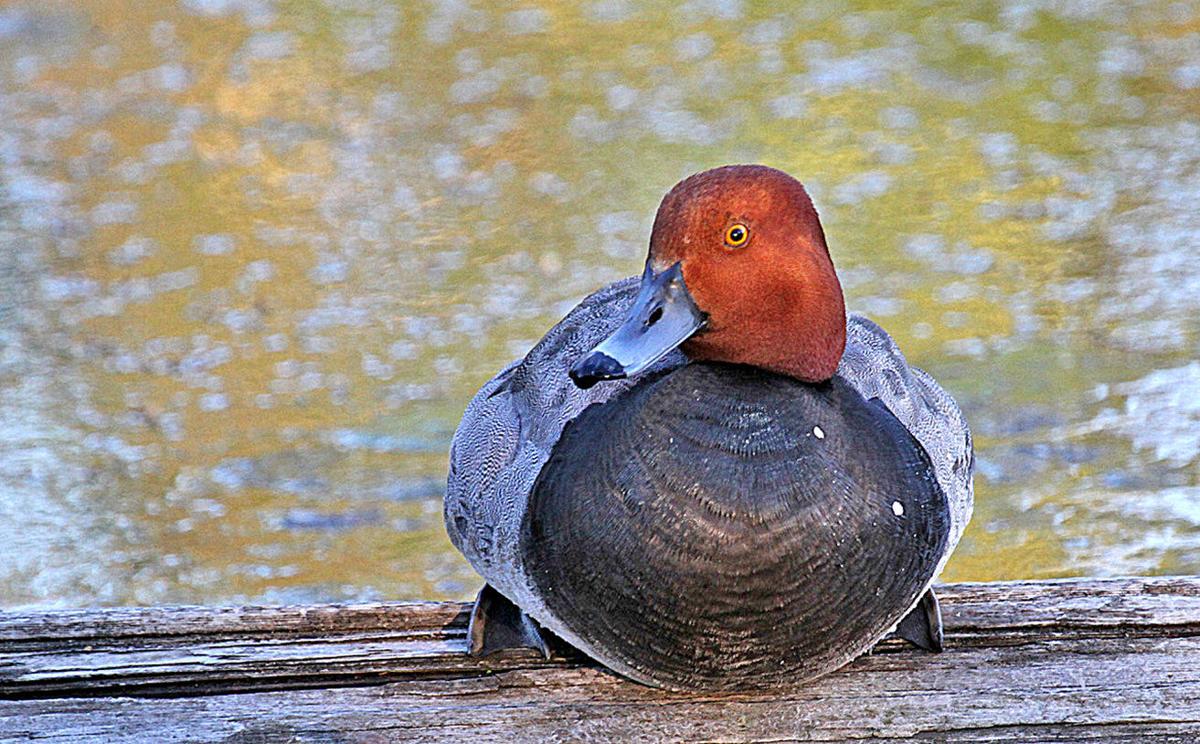 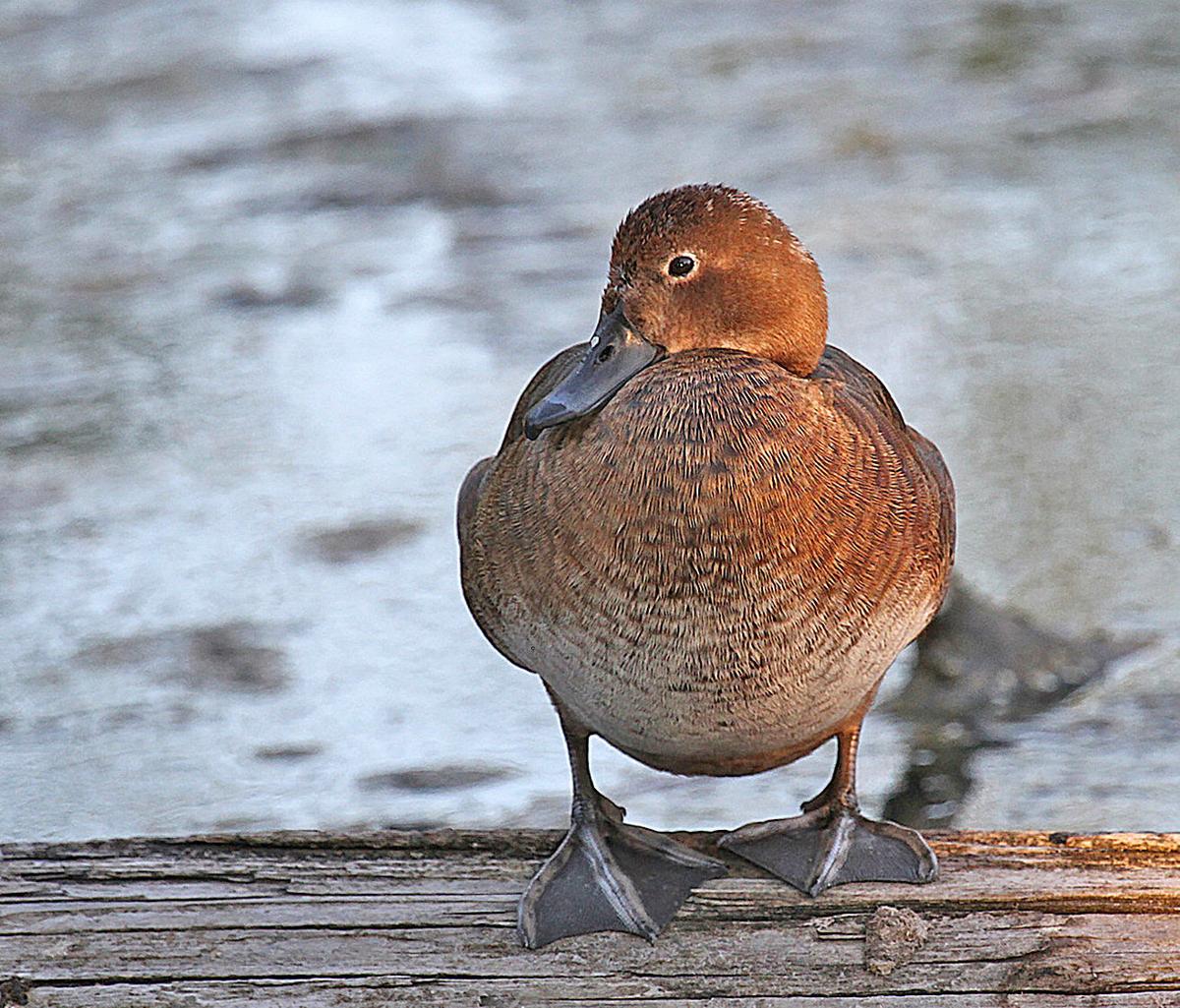 A female, left, and male redhead ducks made their across an open area in Chinook Valley. The species is rarely observed in Pacific County.

A few weeks ago while birding the Chinook Valley Road, one of the ponds along the way produced a surprise species of duck. A male redhead and two females were swimming and socializing with one another. This is a surprise species because it is a rare visitor to the Willapa National Wildlife Refuge. It has only been recorded less than five times. More broadly, it is also rare in Pacific County with just over five records.

They breed in the “prairie pothole region of the Midwest” and winter in groups along the coastlines of the southern U.S., the Great Lakes and on the Gulf Coast.

The male redhead is dressed in a black and gray body with a bright cinnamon colored, round head. Its bill is blue with a black tip. Scientists tend to describe the male as “dapper” in appearance. Overall, the female is a pale, warm, brown. She is much paler than female scaup. Juvenile redheads are similar in plumage to the female.

A redhead’s nesting site is chosen by both the male and the female, but the female alone does the final site inspection and builds the nest. The site is usually located in dense vegetation that have stands of cattails and bulrushes located in such a way as to provide protection from predators. However, being opportunistic in its choice of nesting sites means that a redhead will also nest close to the water on an island or on a reservoir, for example, or in any other place close to water that is deemed to be safe.

The nest itself is situated on a mass of underwater vegetation to give it stability. The circular nest is constructed from nearby plants as well as feathers from the female’s breast. When completed, it ranges in size from 9 inches to about 2 feet across and is generally raised so that it is 7-10 inches above the water, according to Cornell Ornithological Laboratory.

An interesting fact about redheads and their egg-laying behavior according to Cornell, is that “many ducks lay some of their eggs in other birds’ nests (a strategy known as ‘brood parasitism’), but female redheads are perhaps tops in this department. Their targets include other redheads as well as mallard, canvasback, northern pintail, gadwall, northern shoveler, ruddy duck, American wigeon, and even the northern harrier.” Their favorite target is the canvasback.

Look for redheads in the coming weeks. They generally hang out with other ducks. They are primarily a diving duck but may be seen tipping up or dabbling when feeding. They are a sight to see. The Dapper Dans are impressive!