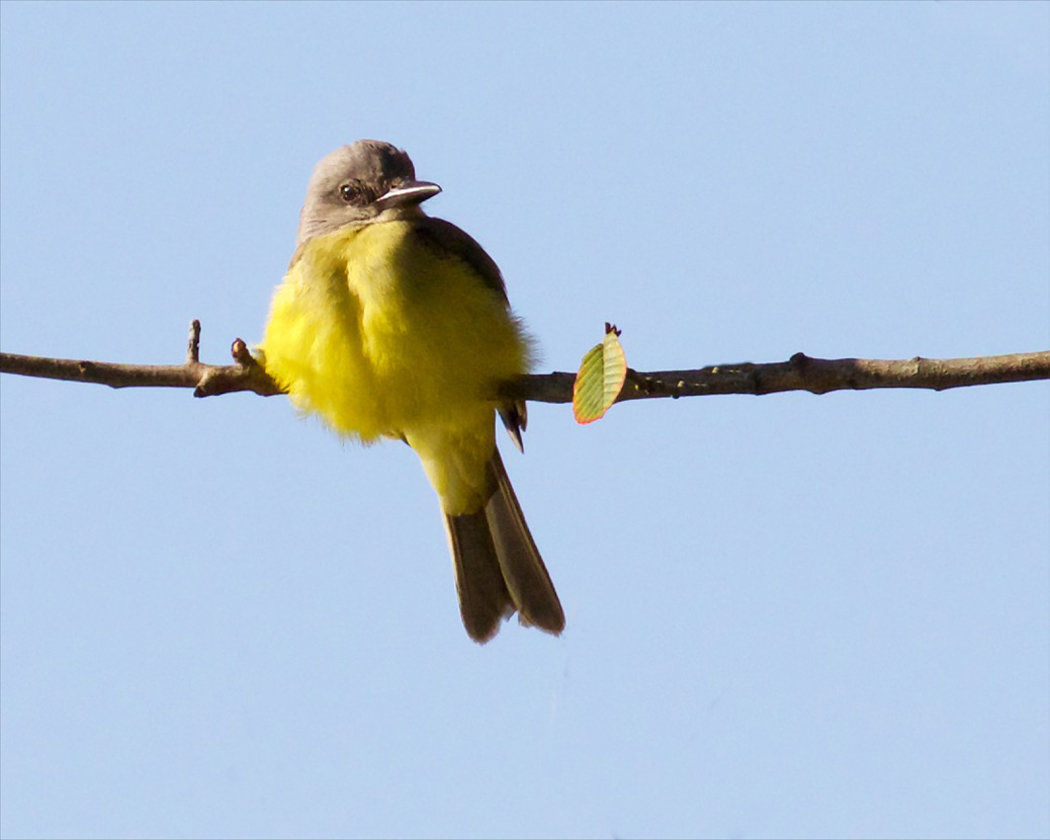 MADELINE KALBACH PHOTOTropical kingbirds are rare in Pacific County, but have been sighted here in recent days. They are more common to norther Mexico and the U.S. Southwest border states. 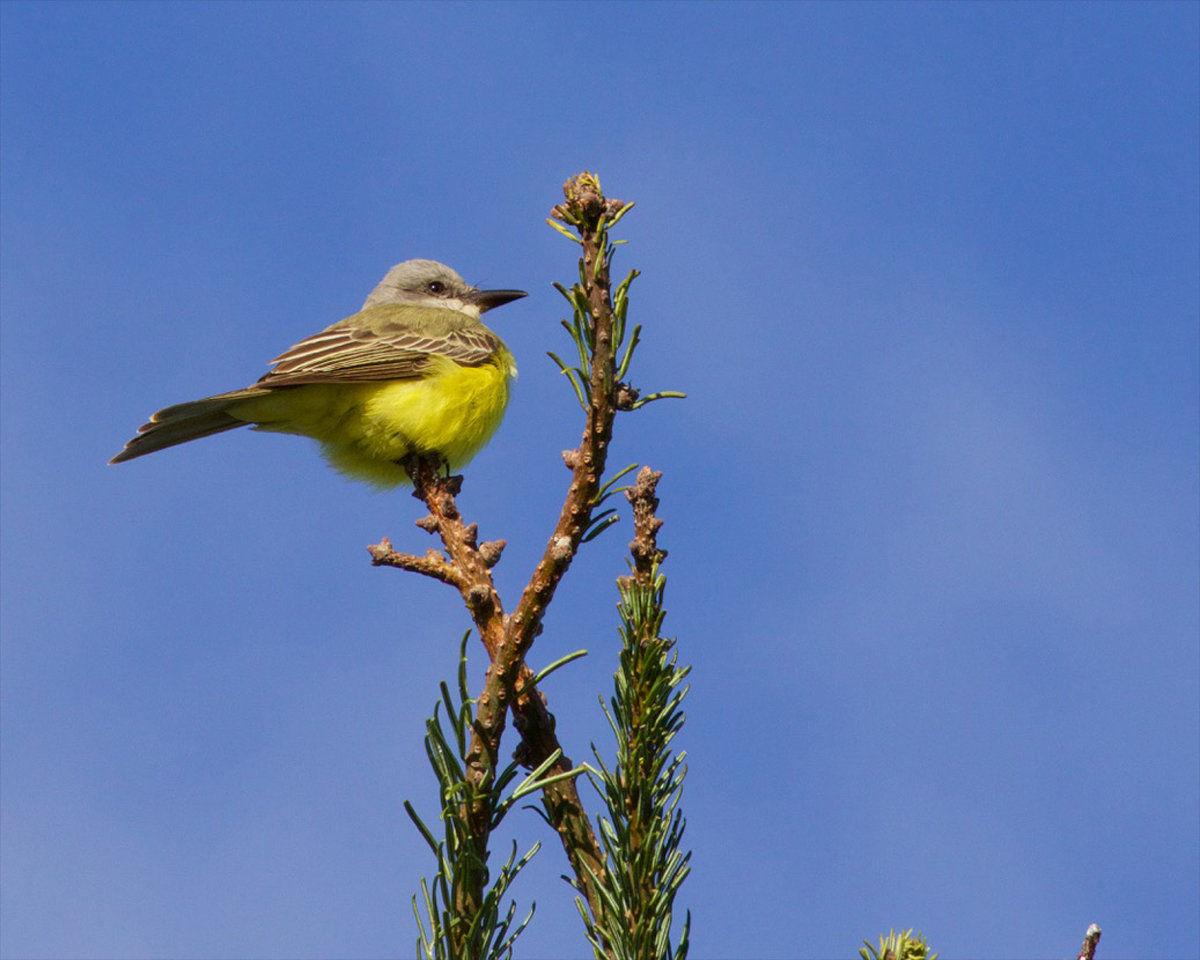 MADELINE KALBACH PHOTOTropical kingbirds are rare in Pacific County, but have been sighted here in recent days. They are more common to norther Mexico and the U.S. Southwest border states.

Mike Patterson first reported the tropical kingbird. The exciting thing about the sighting is, that as far as I know, it is a first for the Willapa National Wildlife Refuge itself. It was sighted on the Peninsula a few years back, and is considered an accidental. It is also considered rare in Pacific County.

The day after the report was posted, three excited birders went searching for the tropical kingbird. This fall vagrant found its way to Tarlatt where we saw it perched on the fence and on treetops. It is a flycatcher and as such often flew off its perch to snag an insect on the wing. It then returned to its perch to down the tasty morsel.

In North America, the tropical kingbird breeds in southeastern Arizona, northern Mexico and the Rio Grande Valley of Texas. After the breeding season, it generally moves to warmer climes. According to iBird Canada, the tropical kingbird tends to wander widely, but “very rarely” wanders to the Pacific Coast. Isn’t it interesting then that yet another tropical kingbird was sighted and photographed by the three birders on the Chinook Valley Road later in the day.

The tropical kingbird is similar in appearance to the western Kingbird, but is larger, longer-billed, has a brighter yellow breast and belly and a greener back. Its wings are short and rounded and its tail is notched.

Perhaps we can expect to see more of this bird in the future. The Smithsonian field guide indicates that the tropical kingbird is expanding its range in North America and is increasingly being detected as a vagrant far out of its range and is not as unexpected as one might think on the West coast during the fall months. So keep your eyes open for the tropical kingbird. Take a walk at Tarlatt to the photo blind off 85th street or take a leisurely drive on the Chinook Valley Road and you might just be lucky enough to see this beautiful flycatcher.