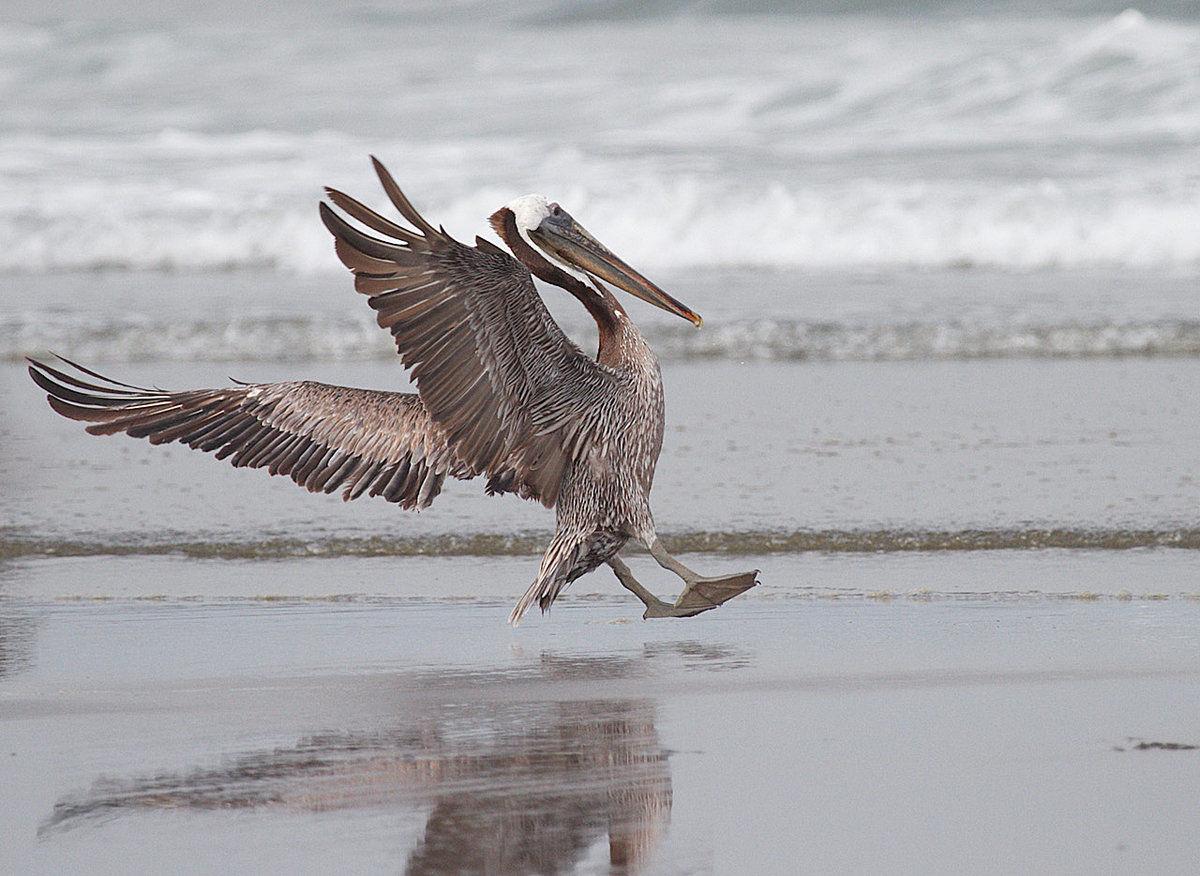 Brown pelicans have been scarce on the Long Beach Peninsula's ocean beaches so far this summer. This photo is from a prior year. 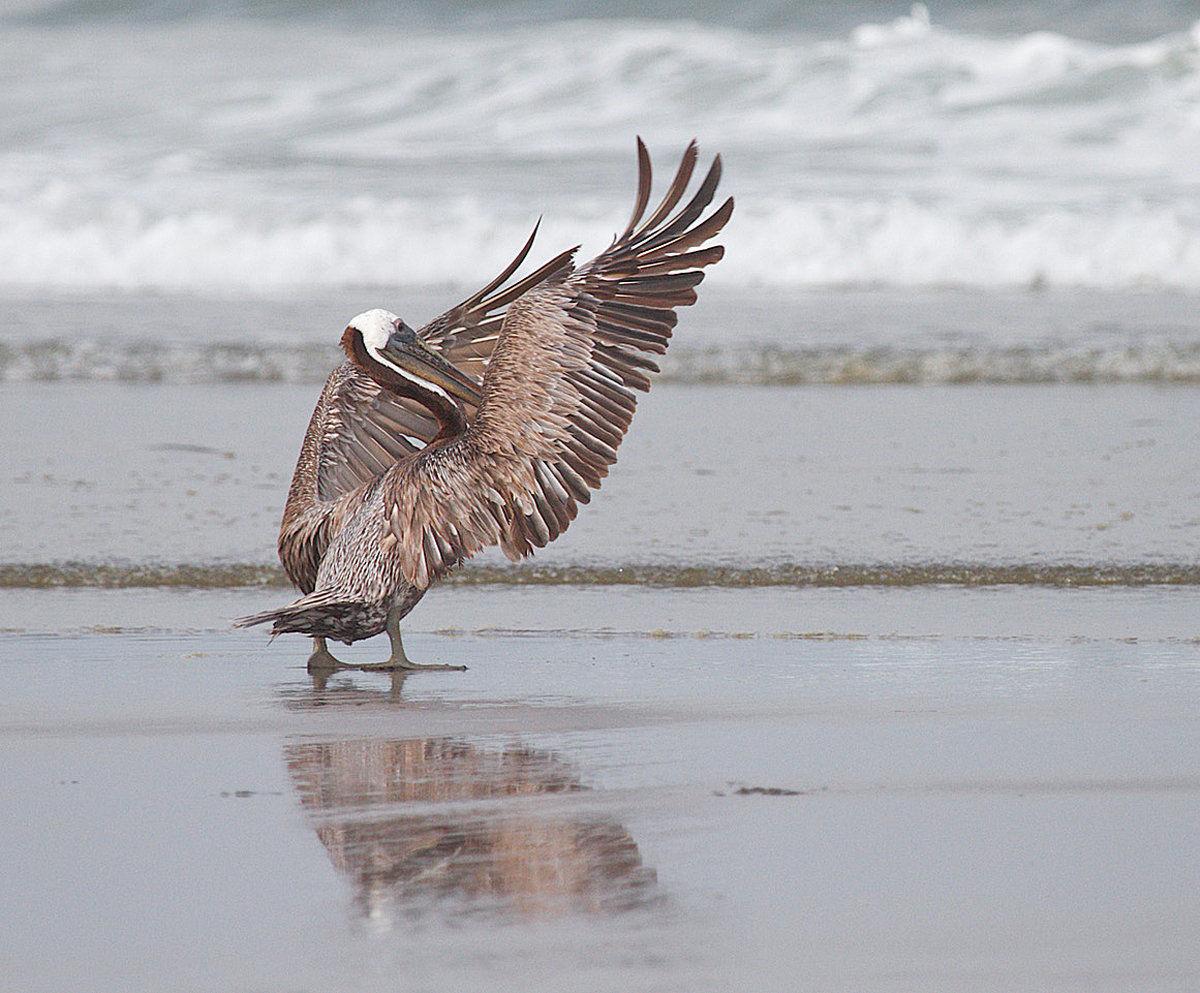 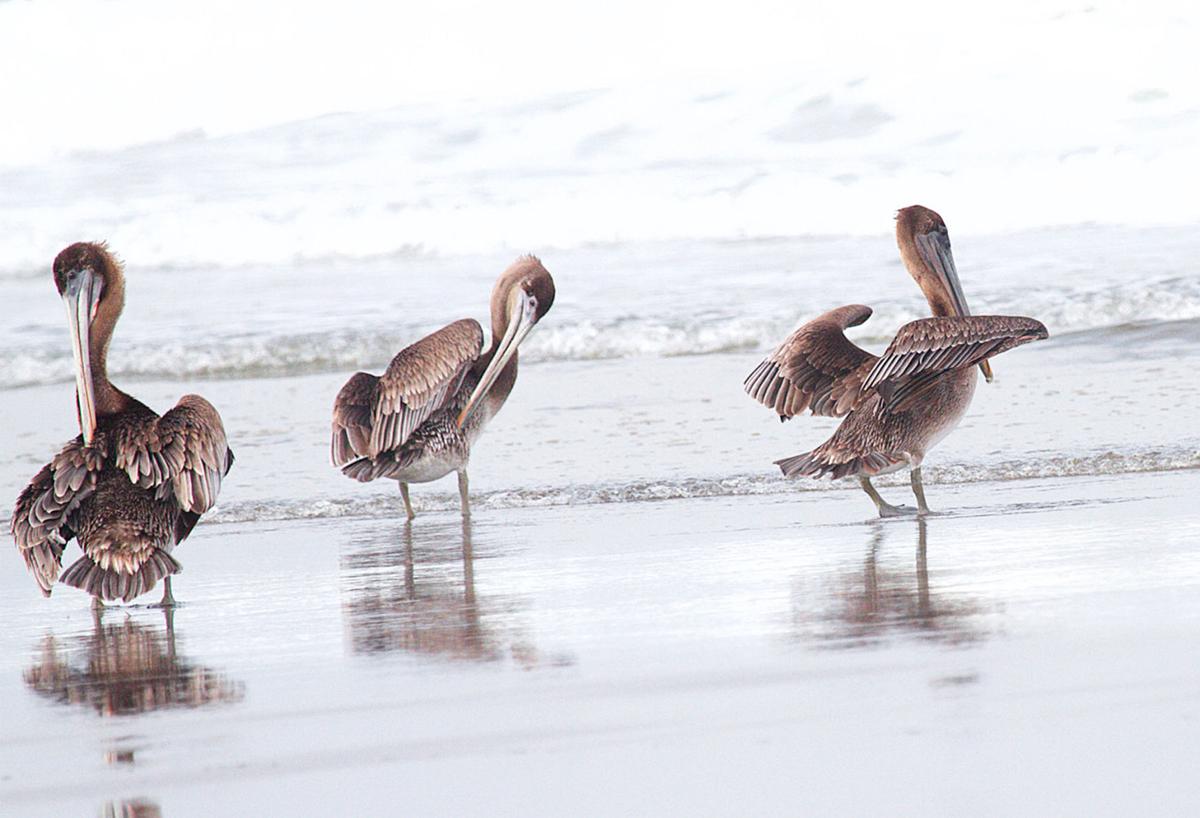 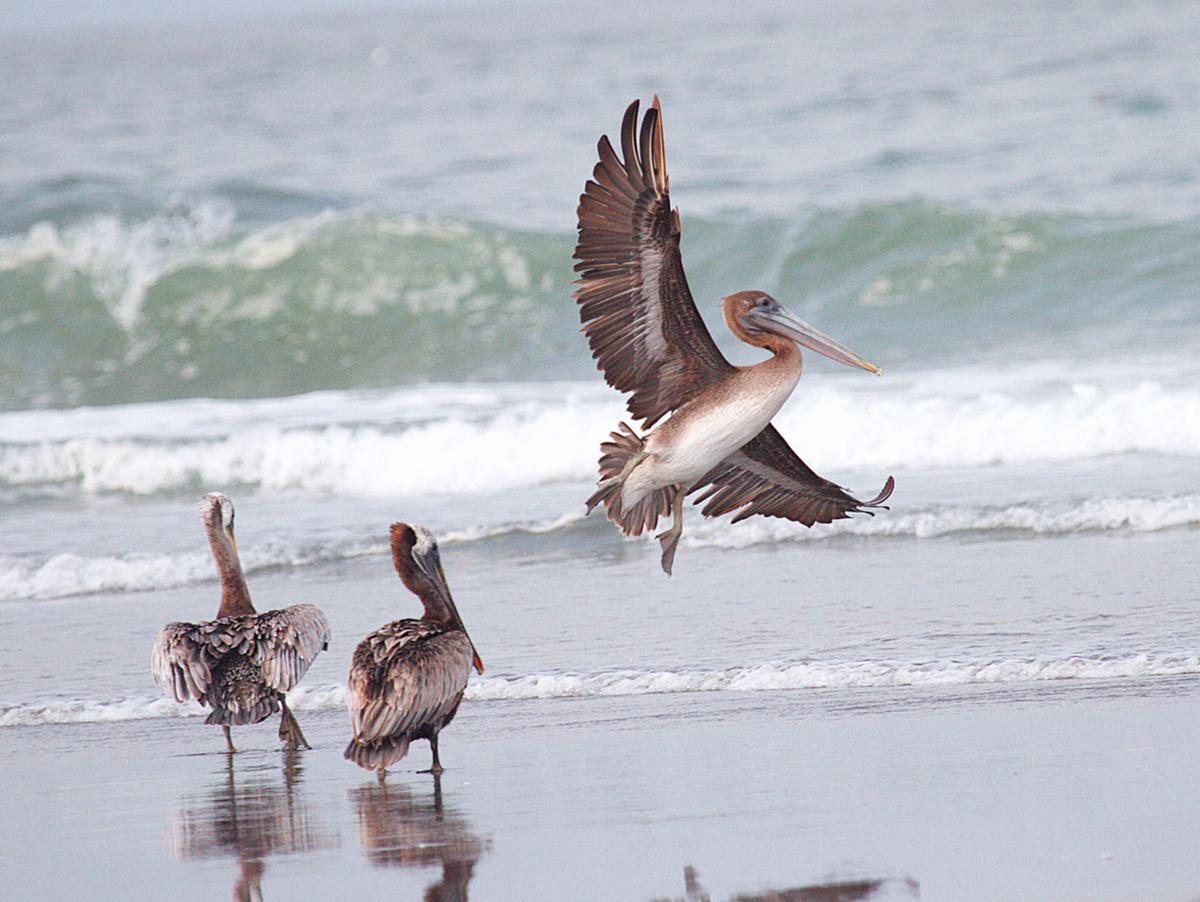 Brown pelicans have been scarce on the Long Beach Peninsula's ocean beaches so far this summer. This photo is from a prior year.

The brown pelican is a large bird that is common on our coastline in summer and fall. It can also be found resting and feeding on the Willapa National Wildlife Refuge in such places as Willapa Bay and Leadbetter, where the species is usually seen roosting in large numbers on the beach, or mudflats. It also likes to sit on pilings in our harbors.

The pelican is quite an entertainer, especially when it is feeding. It hunts fish from very high up in the air. Upon seeing its prey, it plunge-dives all the while twisting and turning its body as it plummets into the water to capture a small fish. It is the force of the impact that stuns the small fish so the bird can easily scoop up the tasty morsel.

The brown pelican was not always common along our coast. In bye-gone days it was one of the victims of pesticide use, and was almost brought to the brink of extinction by it. Luckily, the species recovered and can now usually be seen in fairly large numbers, but not this year. They are scarce on the Pacific beaches of the Long Beach Peninsula, out on the ocean in squadron formations and on the Willapa refuge. (Some still are present, especially in the Columbia estuary.)

Scientists tell us that the brown pelican has been expanding its range as far north as British Columbia, Canada as it feeds along the coasts of Washington and Oregon in summer. Nesting on East Sand Island, for example, has been well documented during the past few years. Normally, it nests in southern California and Mexico and then comes northward to feed after the breeding season is over.

The population of brown pelicans is still somewhat endangered even though it made a remarkable recovery after the banning of DDT in 1972. There are several issues that have plagued this species in recent times. Some brown pelicans stayed with us for too long and died in winter storms. In addition, according to scientific research, food sources and climate change appear to be impacting the full recovery of the brown pelican. However, scientists agree that the pelican’s situation is complicated due to the interaction of all of these factors.

As we know birds and animals, in general, tend to follow their food sources. It is speculated that the brown pelican is/was moving north because the food sources in its breeding areas declined. Does this mean that their food source here is beginning to wane or could it be that there has been a substantial increase in their favorite small fish such as menhaden, mullet, anchovies, herring and sailfin mollies in their breeding areas? Perhaps they are just behind schedule and will eventually turn up here in larger numbers. It is a mystery to be sure? No one knows the exactly why we are seeing so few brown pelicans this year. It is to be back to being on the endangered species list as it was prior to 2009. Its counterpart, the white pelican, on the other hand, is being seen more often in our area. This discussion is for another day. Next week perhaps?

In the meantime, look for this magnificent prehistoric looking bird as it glides with its squadron over the water. It has a large, dark body and a huge bill with a red or olive colored pouch. You can’t miss it!