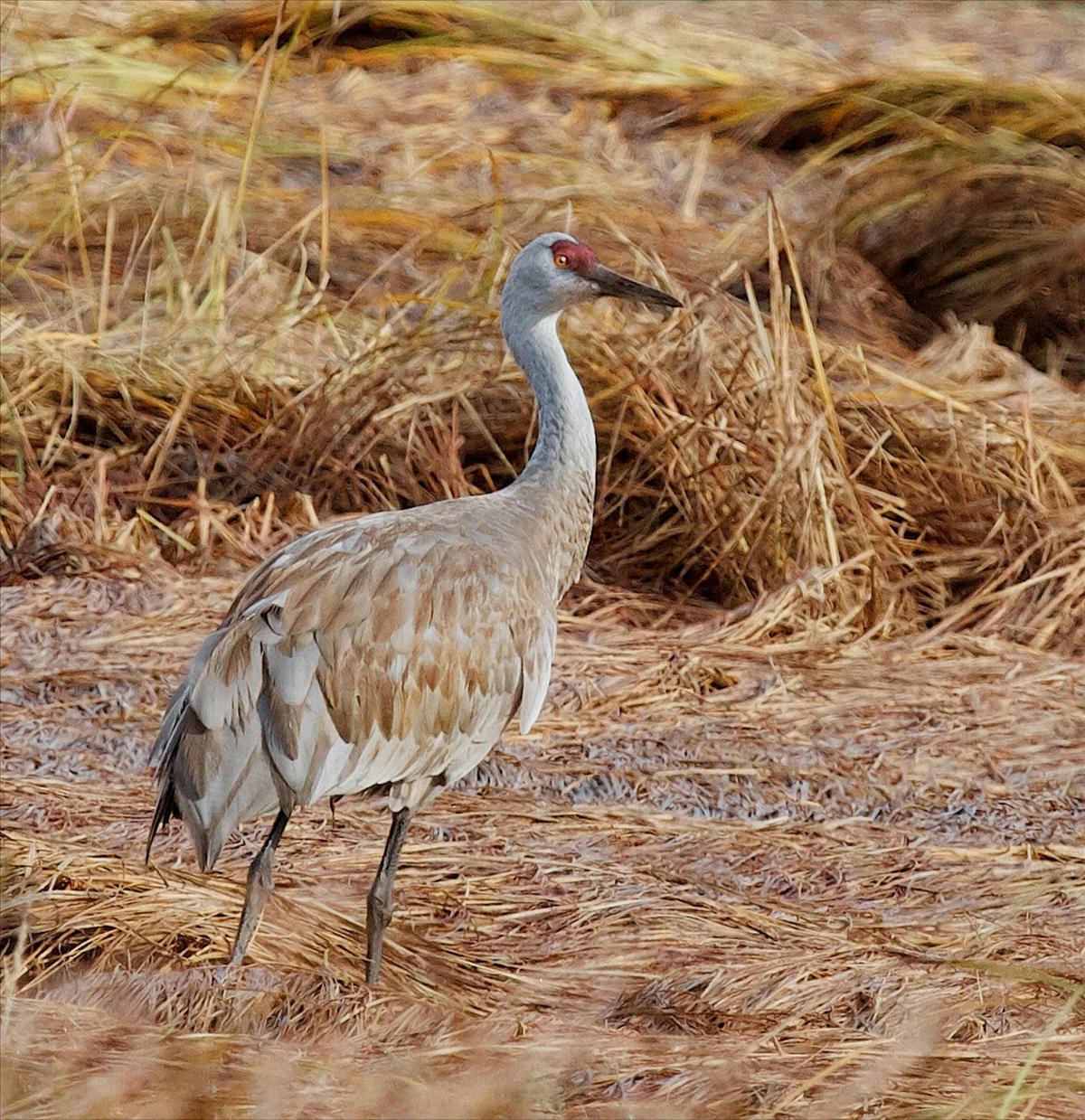 In summer Sandhill cranes acquire a rust color through staining in spring, but during the late summer molt the rust is replaced by fresh gray feathers. 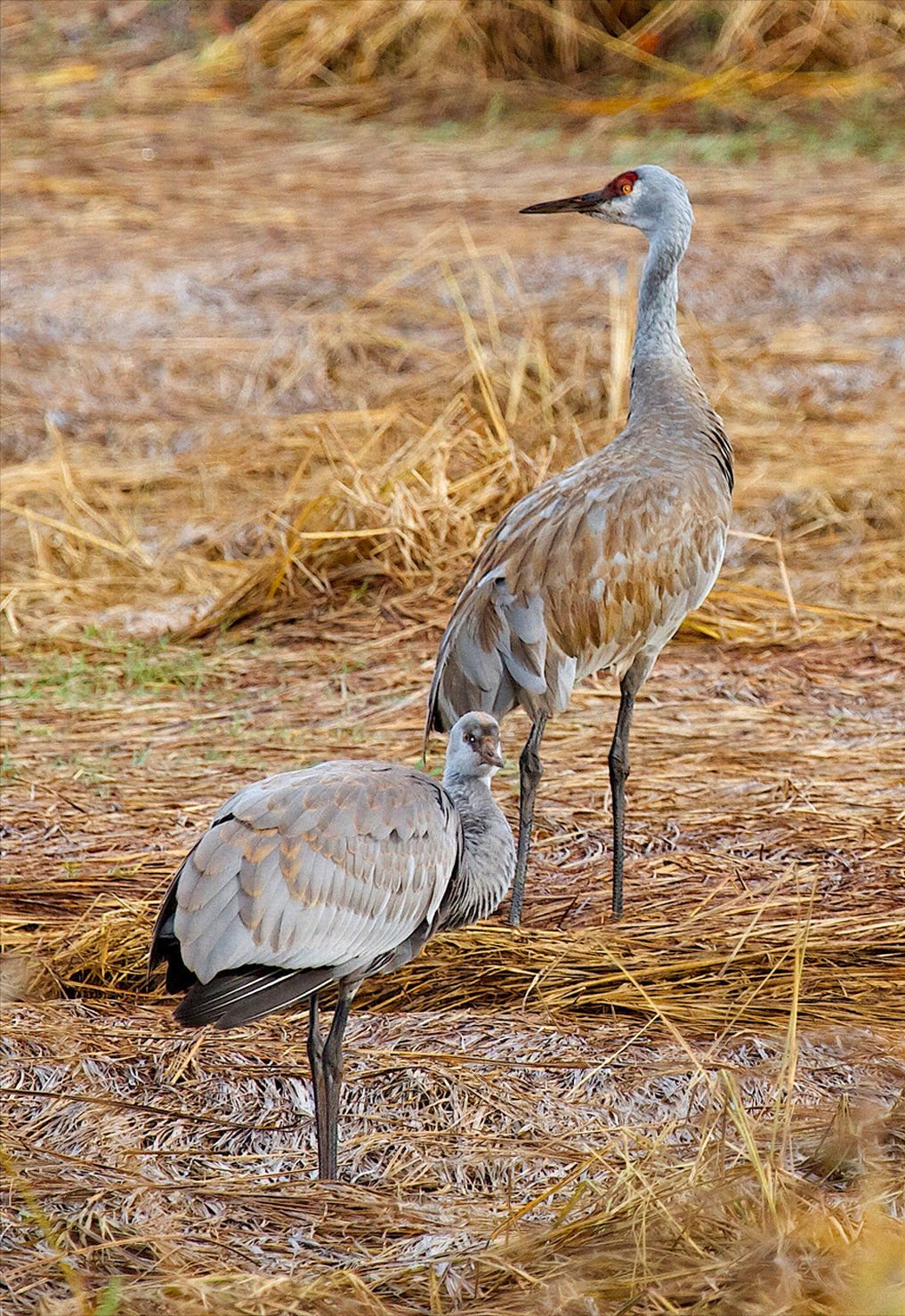 Adult and young Sandhill cranes forage in a local wetland. 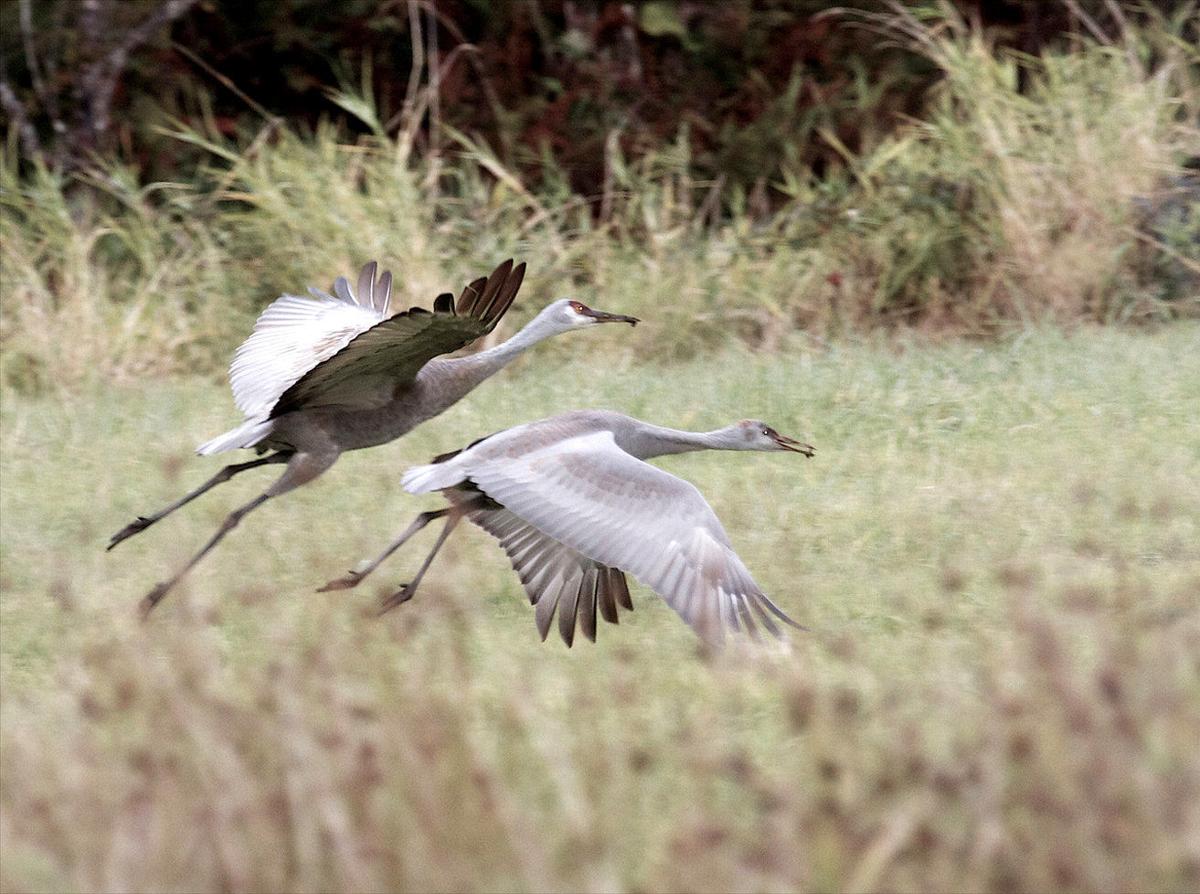 Two adult Sandhill cranes come in for a landing. Willapa National Wildlife Refuge offers opportunities to see these magnificent birds during their seasonal migrations along the Pacific coast.

In summer Sandhill cranes acquire a rust color through staining in spring, but during the late summer molt the rust is replaced by fresh gray feathers.

Adult and young Sandhill cranes forage in a local wetland.

Two adult Sandhill cranes come in for a landing. Willapa National Wildlife Refuge offers opportunities to see these magnificent birds during their seasonal migrations along the Pacific coast.

Bird migration is still underway here on the Pacific coast. A possible migrant is the Sandhill crane. It is also possible that the Willapa National Wildlife Refuge and surrounding area might provide attractive resting and feeding areas for these large, tall, stately looking birds. Their necks are long and their wings are broad. Their bodies are slate-gray and they wear a crimson cap. They have a short tail, which is covered by drooping feathers that form a “bustle,” according to the Cornell Ornithological Lab. They are about the same size as a great blue heron but appear to be bulkier. Their wingspan is six and a half feet.

Birding records indicate that the Sandhill crane is uncommon here, but usually seen annually on the Willapa refuge, in nearby areas and in Pacific County during both spring and fall migration. They forage in grasslands and wetlands, but may roost in the deeper water of lakes and ponds to protect themselves from predators.

Sandhills forage for tubers, grains, seeds, berries, small vertebrates and invertebrates. Foraging occurs on land or in the shallow water of marshes that have plants that grow up and out of the water. This habitat allows them to probe the leaves for their favorites.

Sandhill cranes are known for their graceful and energetic dancing during courtship. When courting they stretch their wings, bow, pump their heads and leap into the air. It is a sight to behold! Sandhill cranes mate for life, but generally don’t breed until the age of seven, although some breed as early as two years of age. According to some scientists, a pair can be together for 20 years or more. Once established, pairs are always together, and juveniles often stay with their parents for 9 or 10 months.

When Sandhill cranes call, their loud unique bugle can be heard from as far away as two and a half miles. The low, rich tone of their bugle is due to the fact that they have long windpipes that coil into their sternum. Their call is so loud that it gives it location away.

Migration will soon come to an end, but it isn’t too late to look for Sandhill cranes. They fly high with outstretched necks. The may be found in a grassland or wetland near you or in the refuge. You may hear their low resonant bugle! Be on the lookout for these graceful looking birds.