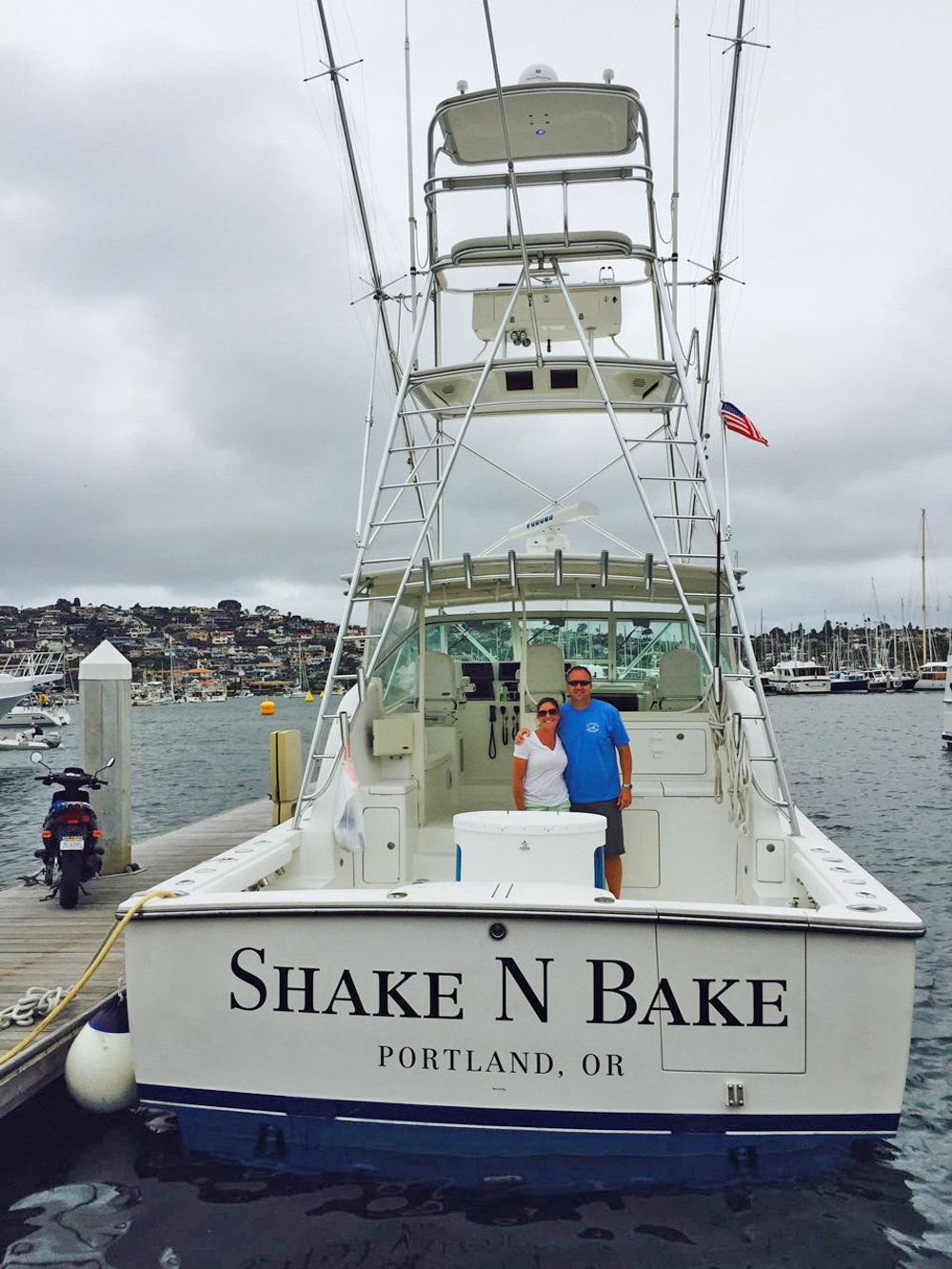 Mike and Jenn Colbach participated in bringing their new boat, the Shake N Bake, from New Jersey through the Panama Canal to Ilwaco. 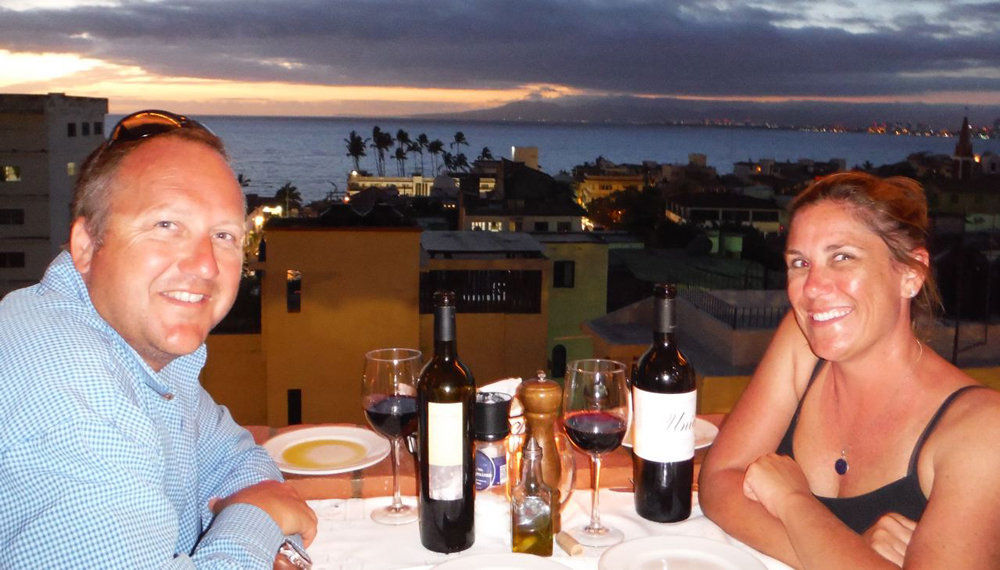 The Colbachs enjoy a tropical dinner en route to Ilwaco with their new tuna charter boat.

Mike and Jenn Colbach participated in bringing their new boat, the Shake N Bake, from New Jersey through the Panama Canal to Ilwaco.

The Colbachs enjoy a tropical dinner en route to Ilwaco with their new tuna charter boat.

In July I heard the Port of Ilwaco was hosting a relatively new addition to the tuna charter boat fleet and it was quite a vessel.

Mike and Jenn Colbach agreed to an interview and as I pulled into their driveway on the Peninsula, I was greeted by Mike, owner and captain of the 42-foot Shake N Bake. As we sat at their kitchen table, Jenn, Mike’s wife, joined us with a big smile and engaging personality; she exudes friendliness and warmth. After primarily living in Portland, they now spend most of their time at the beach.

“We wanted to find the best tuna boat we could,” Mike said. “We talked to many tuna boat captains on the East Coast and decided that we had to have a closer look at the Henriques 42 Express.”

They went to the factory in New Jersey and met the owner, who took them through the building process. The decision was made — it would be the Henriques boat. Now they had to get it to Ilwaco.

“It wasn’t convenient or cheap to have the boat shipped, so we came up with a plan,” Mike said.

They hired delivery skippers, who with Mike ran the boat down the East Coast to Cancun, Mexico, where Jenn and a couple of friends with extensive boating experience joined them for a couple of days’ layover.

They also prepared for the remainder of their journey home. From Cancun, this would total 5,000 miles and include Belize, Honduras, passage through the Panama Canal, Costa Rica, Cabo San Lucas and Cedros Island in Mexico, and on up the West Coast of the U.S. to Ilwaco.

“It was an amazing trip,” Jenn said. “We spent nights ashore and ate at some really fine restaurants with friends and crew. The lounges weren’t too bad either. I particularly enjoyed the trip through the Panama Canal with the diversity of the towns and the friendly people. It was certainly pleasant to return home, where I will handle the books and do the reservation bookings.”

Mike said Shake N Bake has a beam (or width) of 14 feet, 9 inches. It carries 660 gallons of fuel and is powered by twin CAT C-12 diesel engines that cruise at 27 knots. Mike commented, “The advantage of a fast boat is that we can leave the dock at 7 a.m. and be back by 6 p.m. and get in a full day’s fishing.”

It has seating for 10 fishermen and three helm chairs, a flying bridge, and a 100-gallon live well. The electronics are amazing: “We have a KVH satellite phone, AIS, EPIRB and XM radio,” Mike said. “The boat is also equipped with a boat camera so we can record all the fishing action. It has two giant refrigerated fish boxes, a large spacious modern head, and a large, refrigerated drink box.”

Shake N Bake is competitively priced with other tuna boat charters. Mike and Jenn already have 23 tuna charter trips booked for 2016. If you are interested, you can reach Jenn for bookings at 360-562-0333 or email jenn@shakenbakesportsportfishing.com.

Capt. Mike and one of his deckhands auditioned for a TV show: “Wicked Tuna-Graveyard of the Pacific.”