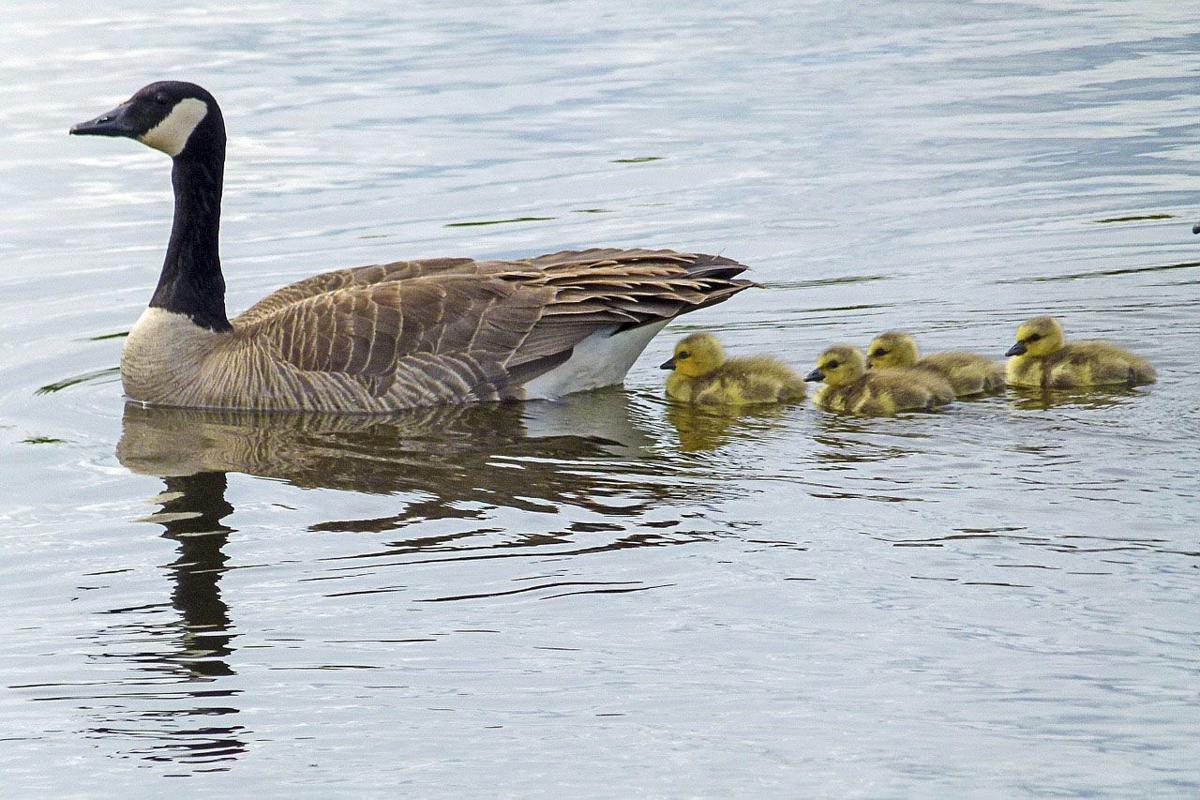 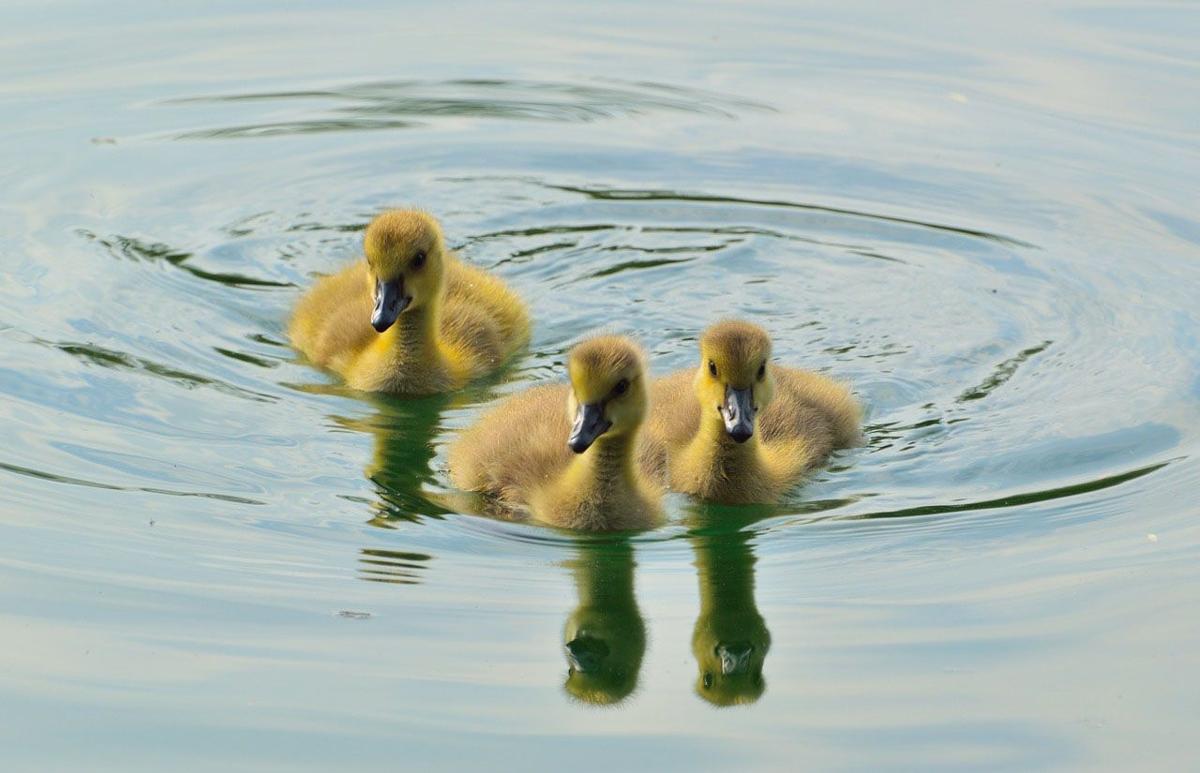 It’s easy to overlook the critters we share the neighborhood with. Sparrows, starlings, mallards, geese — we see them every day, so it’s easy to actually not see them.

Canada geese have done a great job of adapting to life among us humans. They spend the entire year here in Southwest Washington, not migrating to warmer or cooler climes. A smaller subspecies, the cackling goose, does actually migrate. We see them mostly as they pass through in the spring, heading for northern breeding grounds. We have a small resident population of these geese, too. Not all of them go north. When you hear geese passing over, notice the call. Cacklers have a higher, yelping call than the deeper voice of the Canadas.

There are two Canada families sharing lakefront property with me this year. One couple has five goslings, half grown; they look like furry, gray chickens, at this point. The other couple has one small, still-yellow baby. This must be the result of a second egg hatch, since he is considerably younger than his playmates. The males of the couples are very protective of their broods. As soon as the house door opens, the males go on alert, watching my every move. If I come too close for comfort, one or the other lowers his head, opens his bill and hisses softly. Fair warning.

Canadas demonstrate a characteristic called site tenacity. This means, if they nest successfully one year, the couple will return to the site in following years. So if you have families near you now, you can plan to see them next year, as well.

Canada geese mate for life. The bond is loose during nonbreeding months, but during late winter, they find their mate and pair off. A friend of mine, a committed and ethical hunter, told me a story about the lifelong pair bond. Dale was hunting geese in a vast marsh east of the mountains. It was early morning and a long vee of geese was coursing over. He took careful aim, fired and watched a Canada tumble from the sky.

He slogged through the deep grass until he came upon the shot goose. As he drew near, he saw another goose had landed nearby and was walking in slow circles around his dead mate. He made low, tremulous croaks and softly touched the feathers of the other. Dale said that was the last time he shot a goose. Of course, that goose surely found a new mate for the following year. The urge to reproduce is strong.

Knowing a bit more about the lives of those around us is important. It can provide a greater depth of understanding and tolerance. Who among us does not feel a thrill when we hear the sweet yodeling call and look up to see a wavering skein of geese floating above us?