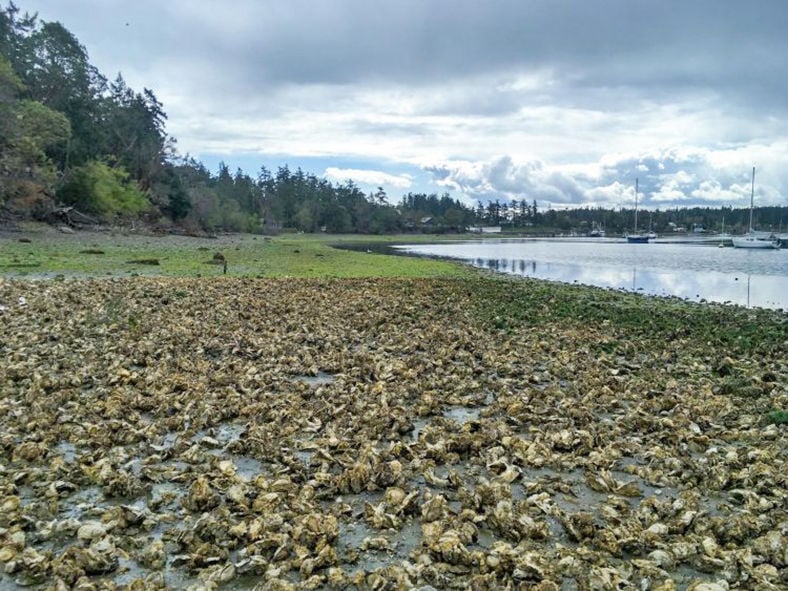 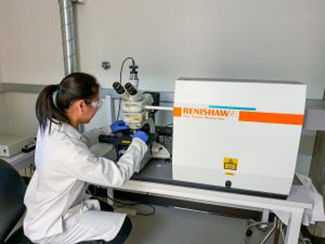 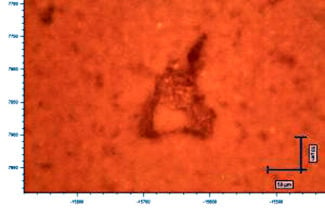 An image of polyethylene microplastic found in oysters. The researchers identified the microplastic using an advanced chemical identification technique. 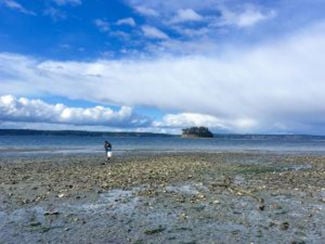 An image of polyethylene microplastic found in oysters. The researchers identified the microplastic using an advanced chemical identification technique.

Plastic pollution is an increasingly present threat to marine life and one which can potentially impact your dinner table.

Oysters, and other economically valuable shellfish, filter their food from the water where they may also inadvertently capture tiny microplastics. The ingestion and accumulation of these microplastics can have detrimental effects on their health and may be passed to other animals, including humans, through the food chain.

In a recent interdisciplinary study, University of Washington researchers at the School of Aquatic and Fishery Sciences, Department of Chemistry and Department of Materials Science and Engineering used advanced methodologies to accurately identify and catalog microplastics in Pacific oysters from the Salish Sea — which includes Puget Sound and associated Canadian waters.

Previous research that appeared to find a discomforting quantity of plastics in oysters stirred concerns throughout the state’s large shellfish industry and among some consumers.

They have discovered that the abundance of tiny microplastic contaminants in these oysters is much lower than previously thought. The findings were published in January in the journal Science of the Total Environment.

“Until now, not a lot of chemical analysis has been done on microplastics in oysters,” said co-author Samantha Phan, a UW doctoral student in chemistry. “The microplastics that chemists have looked at in previous studies are slightly bigger and easy to visually recognize, but with oysters, the microplastics are much smaller and harder to identify.”

In their study, the team sampled wild Pacific oysters harvested from Washington’s state parks throughout the Salish Sea. Using standard processing methods, the oysters’ tissue is dissolved and the remaining solution is passed through a filter. The filter collects all of the possible microplastic particles.

“Observation of filters is the method researchers have typically used, so if we had stopped there, we would have thought all the oysters had microplastics because small particles were present in most of the filters,” said lead author Julieta Martinelli, a UW postdoctoral researcher at the School of Aquatic and Fishery Sciences.

Martinelli’s initial observations under a dissecting microscope revealed what were thought to be high numbers of microplastics left behind in the testing filters, but when Phan further analyzed those filters with three advanced chemical identification techniques, they realized that most of what was left in the filters was not actually plastic.

“When we’re characterizing plastics, or any polymers in chemistry in general, we have to use multiple techniques, and not every technique will give you a full picture. It’s half a picture or just part of the picture,” said Phan. “When you put all those pictures and characterizations together, you can have a more complete understanding of what the composition or identities of these particles are.”

During their analyses, the team realized that many of the particles were, in fact, shell fragments, minerals, salts and even fibers from the testing filters themselves. In the end, they found that only about 2% of the particles distilled from the oysters could be confirmed as plastics.

“Most people so far have not used the combination of techniques or instruments that we used,” said Martinelli. “It’s really easy to stop at the first part and say, ‘Oh, there’s a lot of particles here. They look like plastic. They must be plastic.’ But when you actually go deeper into the chemical composition, they might not be.”

The number of plastic particles that the team found was relatively low compared to the total number of particles analyzed; however, they stress that while it appears Pacific oysters are not accumulating large amounts of plastic, they could not identify 40% of the particles observed due to technical limitations. The researchers also acknowledge that while using a combination of instruments is the most complete way to analyze these particles, access to the equipment, elevated costs and the extremely time-consuming nature of the work are limiting factors for widespread use.

As suspension feeders, oysters pull in water and the particles present in it when they inhale. Particles are then sorted in and out of the animal through their gills. Previous experiments have shown that when oysters are given microfibers or microbeads, they expel the majority of them either immediately or after a few hours. The hypothesis is that oysters’ gill anatomy and physiology might be the reason why the team did not see large amounts of plastic accumulation in their samples.

“A lot of this has to do with how the oysters process water through their gills and how they get rid of particles,” said Martinelli. “It doesn’t mean microplastics are not in the water, it means that the animals are better at expelling them.”

In agreement with this, it has been suggested that suspension-feeding bivalves like oysters might not be good indicators of pollution in estuaries because they naturally expel microplastics instead of ingesting them, which is good news for consumers that like eating oysters.

Other co-authors are Christine Luscombe, a UW professor of materials science and engineering, and Jacqueline Padilla-Gamiño, a UW assistant professor of aquatic and fishery sciences.