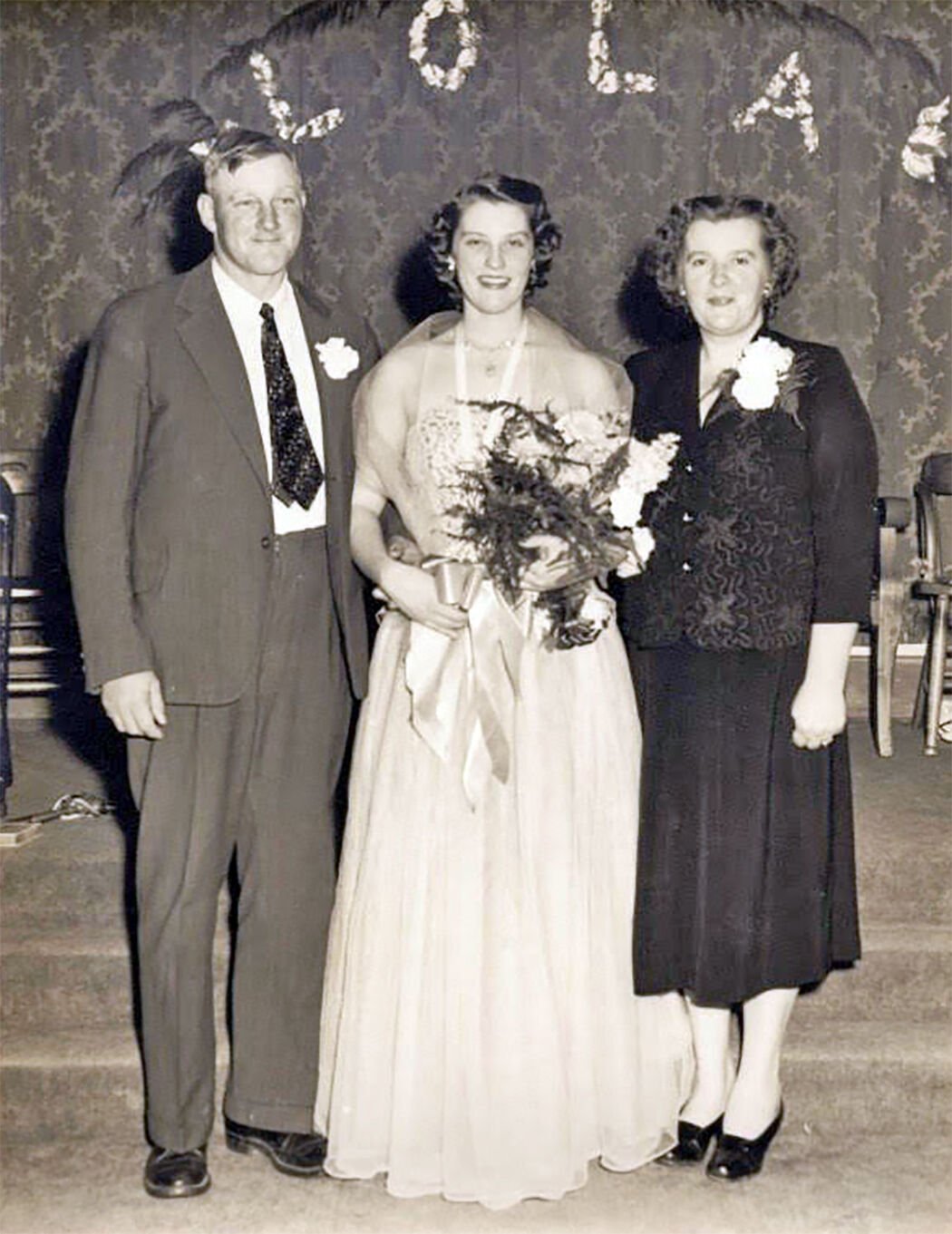 Otto and Margaret Hill with their daughter Lola in about 1951. 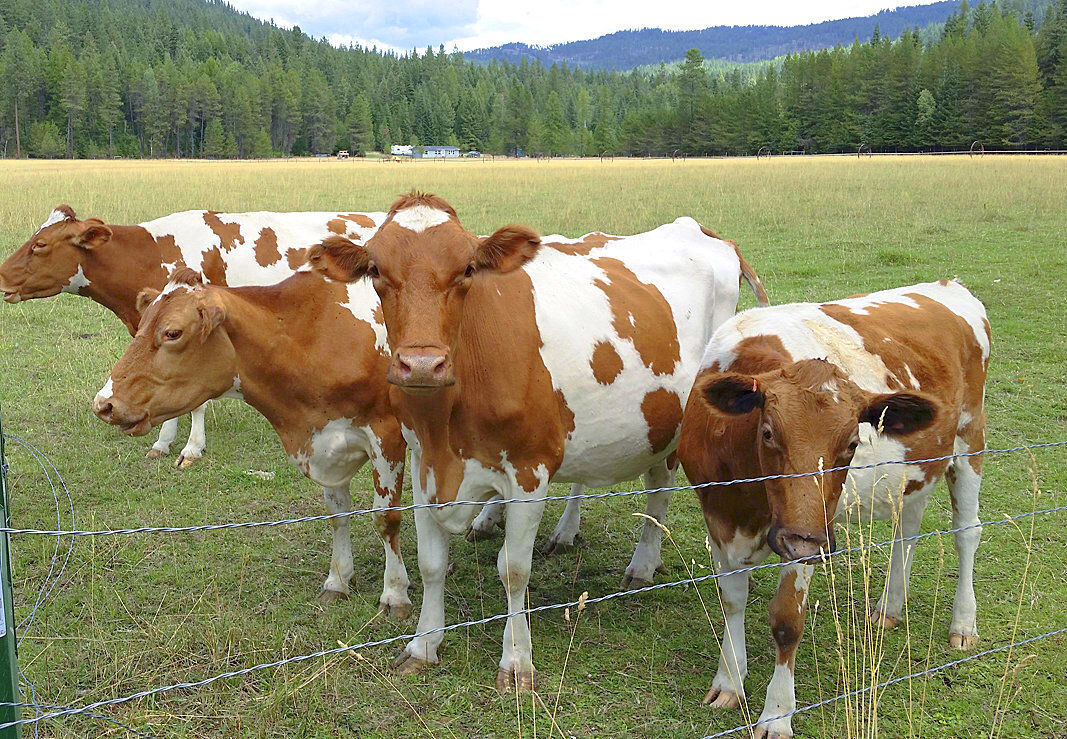 Some years ago, Deep River resident and part-time Chinook Observer correspondent, Richard (Nick) Nikkila, began to write down his memories of growing up in Deep River during the 1950s and early 60s. Eventually, it became a booklet entitled, “A Collection of Recollections.” Nikkila donated the booklet to the Naselle Appelo Archives Center to print and sell in hopes of raising funds to support the center. Since then, it has been well received and copies can still be purchased from the center. This is another in a series of these recollections being reprinted in the Observer.

After my grandmother died, I was pretty much homeless and in quite a quandary. My uncle, Ben Bellefeuille, from Chico, California, stayed after the funeral and drove me around to farms in the area to see if I could find work so I could stay in high school.

One evening, after dark, I remember he drove me to a farm on the South Valley Road. When I knocked on the door, an older fellow who seemed as big as a house opened the door and, in a gruff voice, said, ”Whatta ya want?” I told him I was looking for a job as a farm hand for room and board. He responded, “We don’t need help around here,” and closed the door.

As I understand it, Margaret found out that I had come by looking for work and Otto had turned me down. She gave him a little talk and he suddenly had the urge to hire me for room and board so I could finish school.

After a few days, Uncle Ben had to return to California and I still hadn’t located a job. Gordon and Pauline Anderson were kind enough to let me stay at their house in Deep River along with their kids while I continued to look. It turned out that the gruff old dairy farmer was Otto Hill. His wife, Margaret, had been a schoolteacher and they were both well thought of in the Naselle community.

As I understand it, Margaret found out that I had come by looking for work and Otto had turned me down. She gave him a little talk and he suddenly had the urge to hire me for room and board so I could finish school. The high school principal, N.L. Cowan, had gotten the word Otto wanted me to work for him. He drove out to Deep River and gave me the news and then helped me get situated at the Hill farm. Margaret and Otto turned out to be the greatest couple in the world.

Otto had tangled with a Guernsey bull and came out on the bad end of the deal. As a result, he was more comfortable on the seat of a tractor than walking around. Margaret had a proud upright carriage and always had a nice neat appearance. She decided my appearance needed to improve and insisted I iron my clothes for school. To my surprise, she even required me to iron my undershorts.

We settled into a routine where I milked the cows on one side of the barn and Otto milked those on the other side. That gave us around 15 to 20 cows apiece. He smoked and chewed Cowboy cigars as he milked. Between the smoking and the chewing, he pretty much ended up in the middle of a cigar about every cow or two.

One afternoon in late spring, I was leaning on one of the cows while the milker was on her. Without thinking, I started to pull off some of her winter hair. As I stood back, I realized that it was much lighter where I had pulled the hair out.

Now, each cow has its own quirks or personality. We had developed names for each of them based on their quirks, only one or two of which were fit for mixed company. One of the cows I milked, had the habit of producing fertilizer just as the milker was being put on her. I’ll leave it your imagination what name I gave her. Over the next couple of milkings, I wrote the name of each cow on its side by pulling out its winter hair. Otto never mentioned anything, and I never thought much of it, other than it was kind of funny.

Apparently, while I was in school one day, the aforementioned cow wandered up close enough to the road that a passerby noticed her name written on her side. He passed the information on to Otto who then discovered 20 of his cows had been “hair branded” with their names.

Deep down, I think he actually thought it was pretty funny, however, when you are upstanding in the community you can’t have cows like that running around. So, while the milkers were on that evening, I spent my time pulling out the rest of the winter hair in order to obliterate the brands.

I lived with Otto and Margaret until I graduated from high school and came to love them dearly. That’s how “No child left behind” worked in our community back then.

Dr. Fauci to Sen. Paul: You are not listening to what the CDC director said

Can you answer these real 'Jeopardy!' clues about celebrities?

50 of the best posthumous albums