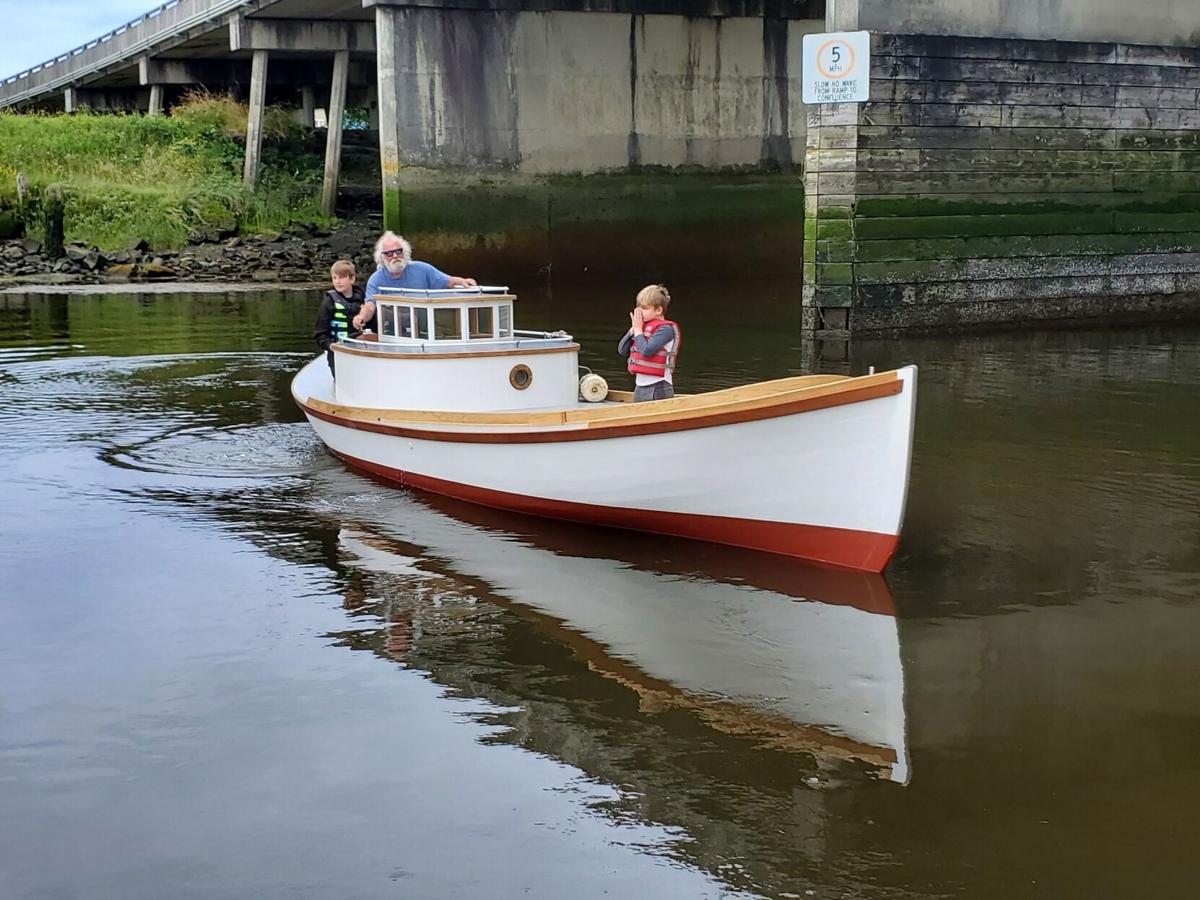 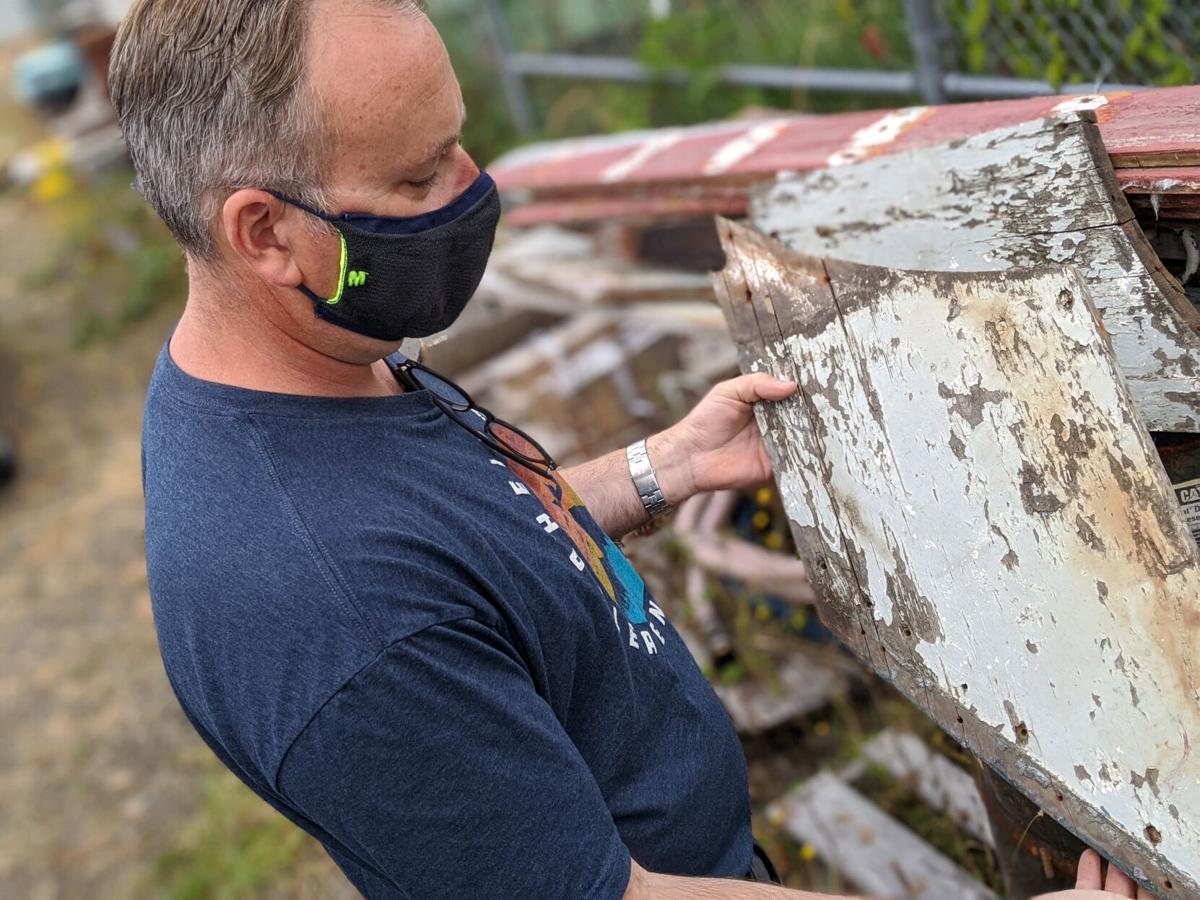 Kent Craford examines original pieces of the John M that did not make it back into the rebuild. 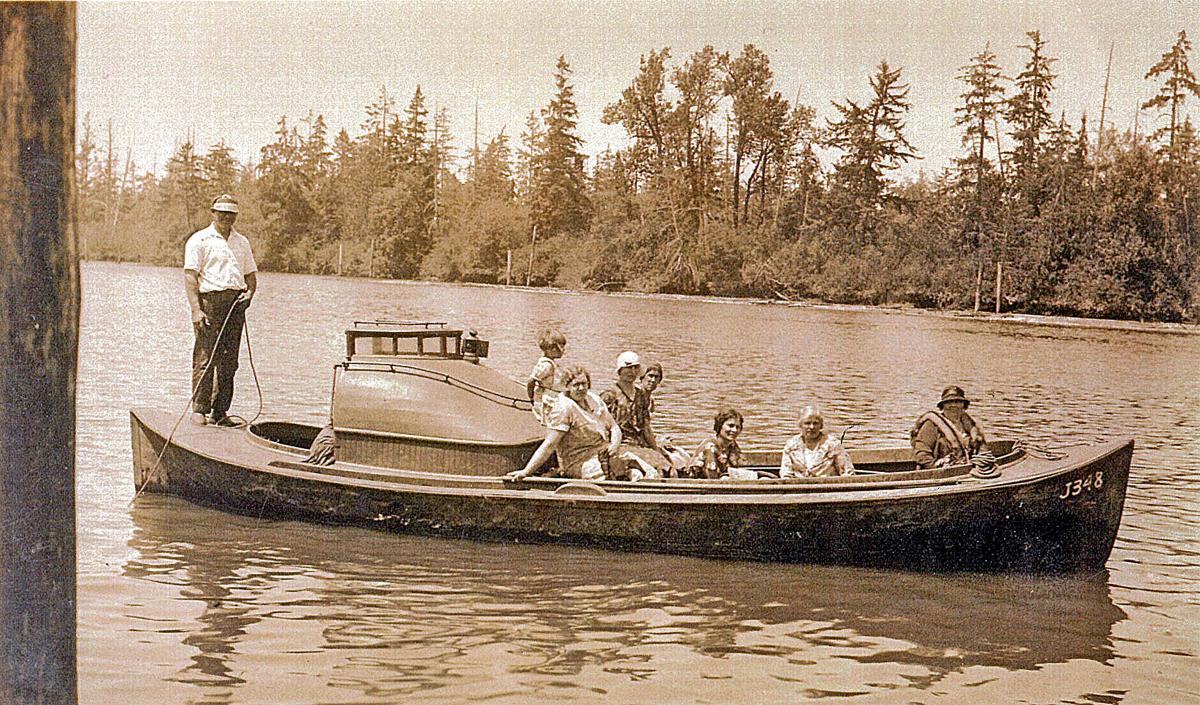 Previous owners of the John M take the boat out for a ride.

Kent Craford examines original pieces of the John M that did not make it back into the rebuild.

Previous owners of the John M take the boat out for a ride.

COLUMBIA RIVER — Kent Craford’s wife used to joke that she’d probably have to bury him in the old gillnet boat he bought on a whim when they were young and broke and that for years his children called “the rusty boat.”

Many people’s boat dreams have sunk at the dock — to the despair of marina managers everywhere. But not the John M, Craford’s 113-year-old wooden fishing boat. Yes, it nearly sank one day in 2010 when the pump failed and rainwater filled it. That was a turning point.

Craford, who spent summers in Forest Grove and sailed with his grandfather on the Columbia River and around Puget Island, is the co-owner of Alaska Seaplanes. He remembers looking at the John M and thinking, “I need to sell this boat or really do something about it.”

Nearly 10 years later, the John M is ready to launch again. Rebuilt by local shipwrights Ric Lahti and Steve Petersen, the John M preserves a shape that regional historians and boatbuilders say is almost impossible to find anymore, even though such boats once formed the backbone of Columbia River salmon fishing.

“I think it’s an incredible piece of our region’s maritime history,” Craford said. “It’s one of a kind. It’s among the oldest of its kind and it’s just a delight to be able to use it and to have another generation of kids — my kids and others — have some connection to it and to the river history.”

He knows how quickly that history is fading, how easy it is for old boats to melt away into the landscape.

His grandfather, a “boat nut” who particularly loved old wooden boats, used to take him to the docks in Astoria and Ilwaco and Nahcotta. Craford knew what he was looking at, and exactly how rare it was to see.

'I do hope that it might inspire some others to restore some of the last few artifacts that are still seaworthy around the region.'

Owner of the John M

On impulse he wrote a note asking the owners if they had ever considered selling. He stuck the note in a plastic bag and left it on the boat. A few days later, the owners called and he bought the boat over the phone for $600.

Built around 1907 or 1910, the John M came into being at a time when the iconic Columbia River gillnet fleet was converting from sail to power.

With sails, boats had to be rowed or sailed out and then towed, rowed or sailed back in — a time-consuming, tiring operation. When engines arrived in the early 1900s, the whole nature of the river fishery changed.

“You could easily get from point A to point B, quickly,” said Sam Johnson, executive director of the Columbia River Maritime Museum. “You could extend your fishing grounds immensely. You were able to draw and use bigger nets because you were under power.”

Boats could catch and deliver far more fish than before, an efficiency that contributed to the overfishing of salmon in the region, Johnson said.

A federal survey from Puget Sound to the mouth of the Columbia River in the late 1800s recorded over 2,000 sail-equipped gillnet boats. Just 100 years later, when the Columbia River Maritime Museum tried to find an example for its collection, the wooden gillnet boats that curved to points at both ends seemed to have disappeared entirely.

If the John M itself is an important piece of regional history, so too are the skills evident in the work done to rebuild it — craftsmanship that, like wooden double-ended gillnet boats, is vanishing from the North Coast.

Chuck Bollong, a kayak building instructor who teaches classes through the Columbia River Maritime Museum, compares the kayaks he makes to building a model out of a box. What Lahti and Petersen do is very different.

“These guys start with raw wood and make every piece themselves,” he said. “There’s nothing precut, no parts you took of the shelf. It all comes out of their hands and heads.”

He points to the John M’s coaming, a ridge of wood that curves around the top forward section of the boat and keeps water from splashing in on the deck and helps guide the net. The combing is made of 12-foot sections of Oregon white oak that Lahti and Petersen steamed and shaped into a horseshoe.

“Let me tell you, that in itself, the steaming and bending with those complex angles and curves is an incredible skill,” Bollong said. “You don’t just go to anybody with a boatbuilding business and say, ‘Hey, do you do this?’”

Craford thinks of the John M’s ribs and planks. The ribs, which start at the bottom, the keel, and come up vertically to the boat’s deck, are fairly straightforward in the middle section of the boat. But at the ends of the boat, the frames have a lot of shape to them. They come to a point but they also flare, skinny at the water line and wider at the deck. Multiple curves must be created.

“If you just took a straight stick, you would have to take your top and bottom hand, twist in opposite directions and then bend it,” Craford said. “So imagine shaping that out of a piece of wood. It’s incredibly difficult and yet Ric does it in his sleep at this point.”

That kind of skill requires an apprenticeship-type setting and years of time working on a variety of boats, Bollong said. It also requires a stash.

“The hardest part of all is getting the materials,” Lahti said.

Lahti’s storeroom is full of wood and components he has collected and set aside, pieces and odds and ends it can be difficult to find now, or are very expensive. Lahti is also well aware just how rare his skills and experience have become in the region.

“I have clients who dread the day I retire,” he said. Despite boat building schools like the Northwest School of Wooden Boat Building in Port Townsend, he doesn’t see a new generation rising quickly behind him.

“It’s erroneous to say these crafts will go extinct,” he said. “They could but we’re talking wood and that’s a very versatile tool … people can learn that again, and they do.”

When you take a boat apart and rebuild it; when only 20 some pieces of the original boat remain; when the discarded remnants of water- and sun-faded wood that still hold a ghost shape of the vessel sink into the long grass and clover and something sleek and streamlined emerges in a shipwright’s shop — is it the same boat?

“And yet still that is considered a complete restoration.”

The John M is not a true restoration. While Lahti and Petersen salvaged original pieces and drew on traditional techniques and knowledge, they used modern tools and technology. They incorporated materials that may not have been available or widely used in the region in the early 1900s.

Absolute purists would say that the boat could not be called a replica unless it is exact.

“So what?” Johnson said. “That doesn’t matter.”

In many ways, the John M’s rebirth is true to the history of fishing vessels. Gillnet boats were work boats, Johnson said. They were built quickly and roughly. They were built to be repaired — Lahti has repaired his share over the years. The patches relay a unique story.

What also remains true is the boat’s lines: The measurements unique to each vessel that, if recorded, allow a shipwright to build an exact copy. The form of the John M holds.

And — crucially — the John M is a boat that is returning to the water. It will be out for people to see and appreciate. People are drawn to these types of old wooden boats, Johnson has noticed. There is an inherent beauty and elegance to them.

The museum maintains a collection of boats representing the evolution of fishing in the region. Few people ever get to see them. But they will see the John M.

“I do hope that it might inspire some others to restore some of the last few artifacts that are still seaworthy around the region,” Craford said.