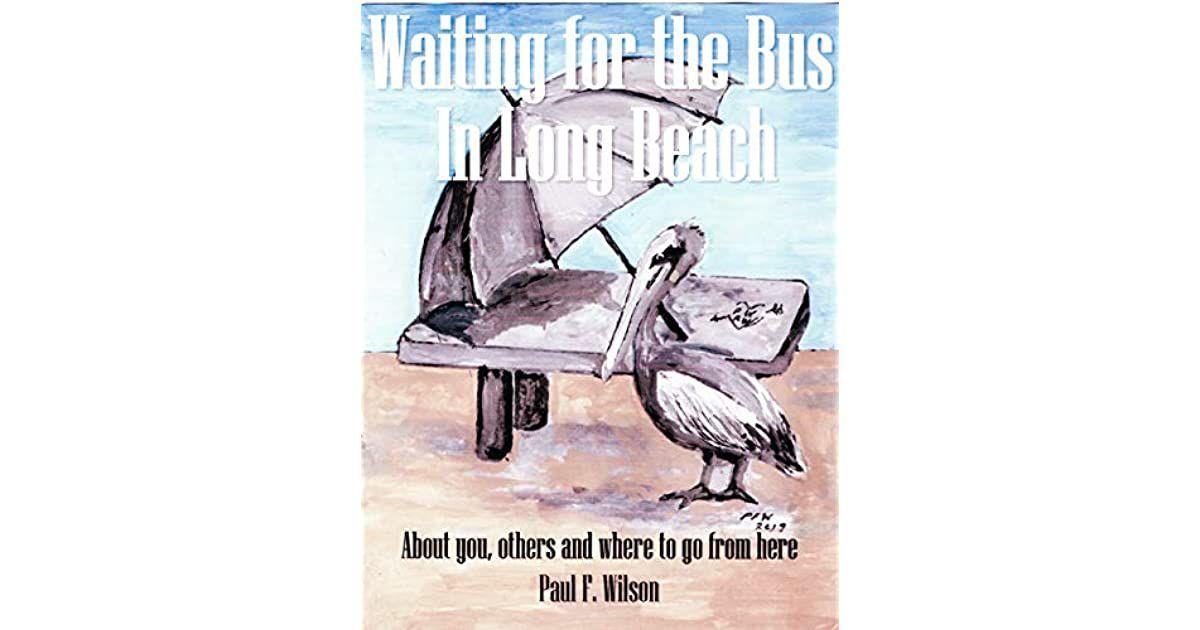 Paul Wilson’s debut e-book, ‘Waiting for the Bus in Long Beach: About you, others and where to go from here.’ 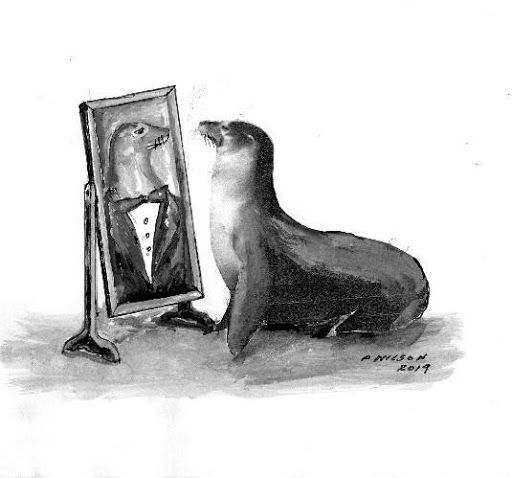 An image from one of the book’s chapters, ‘Recognizing Ourselves.’ 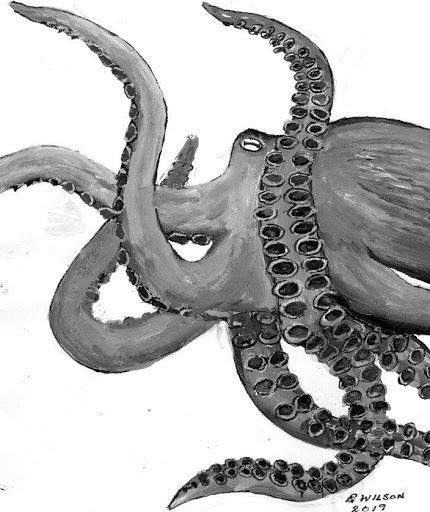 An octopus is featured in the book’s chapter, ‘How Many Legs Does a Dog Have?’ 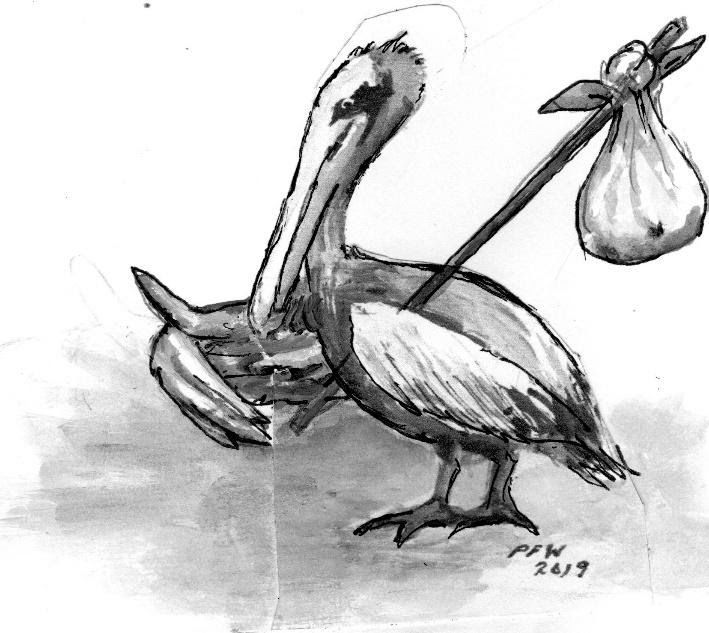 The book’s chapter ‘Journey to Renewal’ features a pelican. 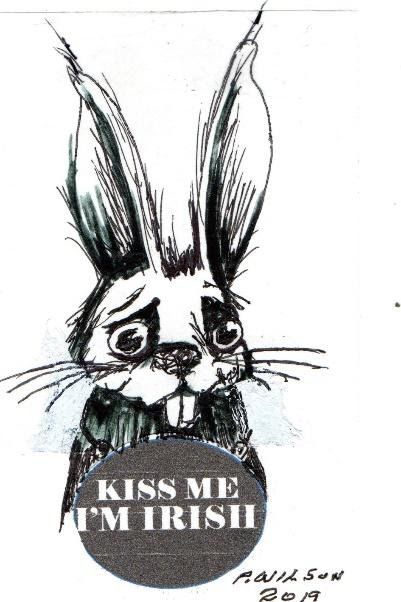 This rabbit is featured in the book’s chapter ‘Mad as a March Hare.’ 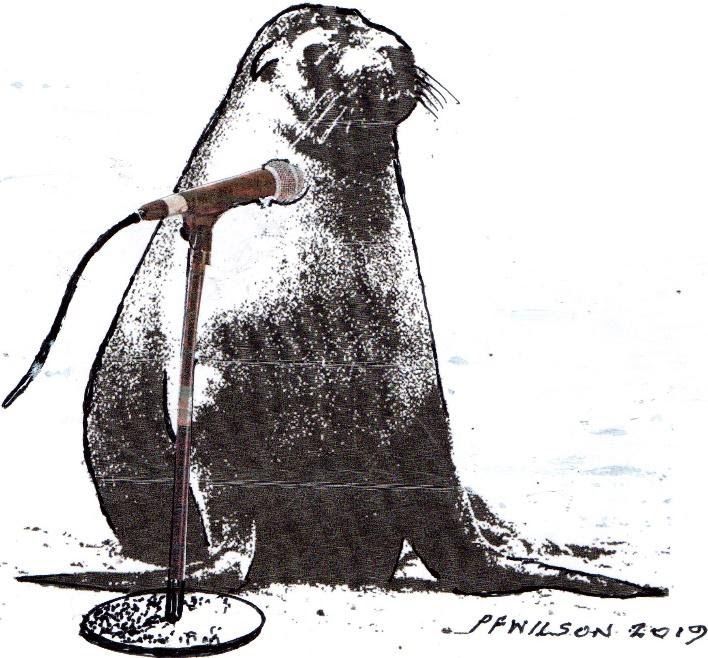 Here, a sea lion attempts to sing in the book’s chapter ‘Singing out of Tune.’

Paul Wilson’s debut e-book, ‘Waiting for the Bus in Long Beach: About you, others and where to go from here.’

An image from one of the book’s chapters, ‘Recognizing Ourselves.’

An octopus is featured in the book’s chapter, ‘How Many Legs Does a Dog Have?’

The book’s chapter ‘Journey to Renewal’ features a pelican.

This rabbit is featured in the book’s chapter ‘Mad as a March Hare.’

Here, a sea lion attempts to sing in the book’s chapter ‘Singing out of Tune.’

Long Beach resident Paul Wilson can finally check off an item from his bucket list: he’s a published e-book author.

Wilson, 80, recently released his first book, “Waiting for the Bus in Long Beach: About you, others, and where to go from here.”

“When I was a kid, all I did was wait for a bus. Nowadays kids don’t do that since they have iPads and whatever else,” Wilson said. “Waiting for the bus means something to me. We used to just sit and wait a lot. Life was waiting for something to happen.”

The book features dozens of short essays on topics like patience or anger. Each essay is followed by a set of reflection questions for the reader to relate the essay’s topics to themselves.

Wilson started writing the essays for the Peninsula Senior Activity Center’s monthly newsletter. About 12 essays originally published in the newsletter are included in the book.

“I was taken aback by how many people said they enjoyed them. It was a short collection at first but I decided to put it all out in a book, with 40 topics on different things,” Wilson said. “I go from one place to another in it, usually from one thought to another.”

The book’s topics are based on a variety of Wilson’s life experiences.

In one essay, he takes the concept of an eclipse and relates it to how people sometimes talk over one another, without listening to what is being said. In another essay, Wilson discusses how he learned the virtue of patience as a young boy waiting for the bus.

“They sort of accumulated. One seed suggested another. I could’ve probably put 80 topics in there,” Wilson said. “Toward the end I said, ‘That’s enough.’”

The book is sectioned into four themes: “Discovering Myself,” “About Others,” “Working With Others” and “Making Changes.”

“It’s never been my intention to preach to anyone. I really want people to start thinking about things,” Wilson said. “It’s meant for readers to think about something that’s the topic and relate it to their own lives. Hopefully they’ll read it and find an interesting point.”

Wilson wrote, created the artwork and edited the book himself.

“I enjoyed doing it, writing the book and learning about the experience of publishing an e-book,” Wilson said. “I’ve had books published normally through a publisher but this is totally different. It’s all on you. You don’t have editors and publisher heads, which might be good or might not.”

Wilson spent about a year working on the book in segments.

“I’d put it aside then work on it. I didn’t have a deadline since I’m retired,” Wilson said. “If I had sat down I could’ve probably done it in a month but sometimes these things come to you and you can’t force it. A lot of these topics came to me because of something, like an ad.”

“I’m quite amazed with the process,” Wilson said. “The cost is so inexpensive compared to the old days. That’s not the case anymore. You can print however many you want. I guess I’m getting to the age that these things are really amazing me … Who knows what the next 60 years will bring.”

The book’s cover features a watercolor painting created by Wilson. Throughout the book, there are about a dozen other pieces he created, many of which are of animals.

“I wanted to do something that spoke (to the Long Beach) Peninsula in some way so I picked the fauna,” Wilson said.

Wilson included different meaningful symbols to his life on the book’s cover. It features one of his favorite animals, a pelican, which is sitting on a bus bench, similar to the book’s theme. The pelican has an umbrella, which is reminiscent of living on the East Coast, where he is originally from. The bench also has a set of initials and a heart. The initials are for Wilson and his wife.

“They’re all watercolor paintings,” Wilson said. “I just drew them.”

Each of the paintings is another way to reflect on the essay’s topic. The images are lighthearted, with paintings of scenes like a rabbit with a ‘Kiss me I’m Irish’ sign and another of a sea lion singing out of tune.

Wilson hopes readers enjoy the images and how they relate to their selected chapters.

“Maybe not all 40 things will catch the reader’s eye. Even if it’s just one thing, that’s what I hope to accomplish; not to change your mind but for you to reflect on it,” Wilson said.

Change is up to the reader

Wilson’s book is best read one chapter at a time, allowing readers time to reflect on each chapter’s messages and questions.

“I happen to believe that people have considerable intelligence and are quite capable of figuring out who they are and who they want to be,” Wilson said. “Most people just need to think about who they are. People make mostly conscious decisions. Your life becomes the sum of those decisions.”

The book’s main takeaway is that change is up to the reader.

“You’re just fine, whoever you are. What you’ve become has mostly been your choice. You can change that if you want to and if you don’t, that’s fine too,” Wilson said. “You have to lead your own future.”

What this national daycare center is doing to stay open safely