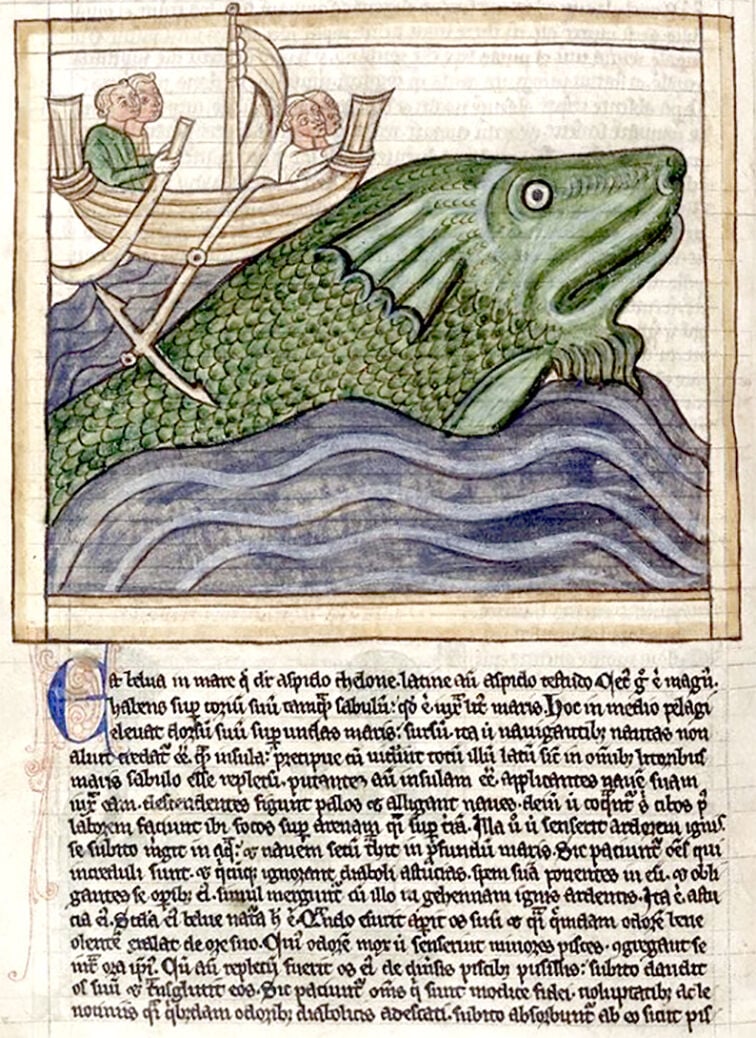 An English illustration from the mid-13th century depicts a whale with four men in a boat on its back. 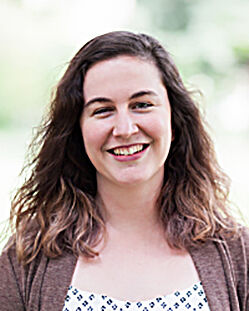 Lauren Poyer is an assistant teaching professor in Scandinavian studies. She teaches courses in Scandinavian mythology and Vikings in contemporary culture, among other topics, and she is well steeped in all kinds of Nordic and Icelandic lore.

After word that the new Seattle hockey team would be named Seattle Kraken, UW News caught up with Poyer to learn more about some of the mythology behind Seattle’s newest cryptid creature.

The idea of mythical sea creatures in Nordic mythology dates back centuries. Why were sea creatures such a big part of ancient lore?

Stories about sea monsters are not unique to Scandinavia, but Scandinavian folklore certainly has a lot of them! People in medieval Scandinavia spent a lot of time by and on the sea. Oftentimes we think of the stories they tell about creatures like sea monsters as evidence that people in the past were less knowledgeable about their environment than we are today, but I would argue that the opposite is true. The average person in medieval Scandinavia would have known a lot about their local environment; they would have been familiar with using birds to navigate, for example, with using fish to estimate ocean depth, with reading the skies to predict weather, the list goes on. Stories about sea monsters, I think, reflect more than just a sense of mystery or fear of the open ocean: They reflect an understanding that living creatures in the sea, and even the sea itself, have their own knowledge and their own agendas, only some of which we humans will ever understand.

In Scandinavian folklore, the kraken wasn’t always an octopus-like creature. In medieval times, people believed the kraken was a giant whale. Can you tell us more?

The word kraken is a Scandinavian loanword into English, but it does not actually appear in the medieval written record in Scandinavia. Two different 13th-century Scandinavian texts use the name hafgufa (“sea-mist”) for a particular sea monster that lives at the bottom of the sea, which modern readers identify as the kraken. It’s important to note, though, that the earlier of these two texts, the Konungs skuggsjá, or King’s Mirror, which is a bit like a medieval encyclopedia, does not describe the kraken destroying ships. Instead, the kraken is just a very large sea creature that has a peculiar way of hunting: It opens its mouth very wide and regurgitates food to attract fish. Once the fish have gathered around its mouth, it slams its jaw shut and captures all of the surrounding fish in its mouth, which sounds a lot like whales and schools of fish all gathering to feast on krill. The later text, the legendary Örvar-Odds saga, describes a hafgufa that has been sent by an evil sorcerer to sink the hero’s ship. Medieval people loved high fantasy tales of adventure as much as we do.

The Örvar-Odds saga actually describes two different sea monsters: both the hafgufa and a lyngbakr (“heather-back,” or, more loosely, “field-back”). The lyngbakr is a whale that is so large that sailors mistake it for an island, but it provides no refuge. As soon as sailors set foot on its back, it sinks down beneath the waves and pulls them under to drown. This story was popular throughout Europe, and versions of the creature also appear in The Voyages of St. Brendan and an Old Norse version of the Physiologus, an early Christian text that taught different moral lessons through descriptions of various animals. The Physiologus tells this story as a moral warning: Sometimes the Christian devil appears safe and inviting, but it’s a trap!

Over time, the kraken has come to be known as a fierce, multi-limbed sea monster. Where did that contemporary concept come from?

The answer lies in its etymology. How does the kraken drown sailors? It pulls them down. The Old Norse verb at kraka means “to drag downward,” and the noun kraki refers to boat hooks and anchors. It is also cognate with English “crook.”

The word itself conjures an image of something wrapping curved arms around a ship and dragging it down to the seafloor. When we finally see the word kraken appear in the 18th century, the sea monster is described as using its arms to pull ships down, rather than its mouth to swallow ships whole.

The image of the kraken as a multi-limbed, squid-y monster solidifies over the course of the 19th century, in part with the success of Jules Vernes’ 1869 serial novel “Twenty Thousand Leagues Under the Sea,” which was incredibly popular — especially the scene in which the crew is attacked by a shoal of giant squid. Verne himself was very interested in Scandinavia; “Twenty Thousand Leagues” ends in Norway, while another of his books, “Journey to the Center of the Earth,” begins in Iceland. Was Verne thinking of the kraken when he wrote that famous squid scene? Maybe not, but his readers sure made the connection!

You teach a course on Vikings in Popular Culture, SCAND 375. What do you think about the kraken in contemporary culture?

Stories about the kraken have endured for centuries because the kraken is a great monster, and we all love a good scary story. The kraken is undefeatable, and few who see the kraken live to tell the tale. Powerlessness and mystery are key ingredients to good horror. But there are two big changes from the kraken as it appears in the medieval record and the kraken as it appears in movies and video games today. First, the kraken today is more a monster to be slain by the hero than a lurking danger to be feared — and that change brings the kraken into the realm of action rather than horror. Second, the kraken is now associated with the pirate-fantasy genre, so it summons images of fun-loving, rum-drinking freedom and rebelliousness, which I’m pretty sure are fantasies and feelings that Seattle Kraken fans will enjoy indulging in. Today’s kraken is still scary, but it’s also just familiar enough to feel fun rather than frightening.

When you heard that the new Seattle hockey team was going to the Kraken, what did you think?

I thought, “I can’t wait to go to a hockey game!” Can you imagine how much fun it will be to be in the crowd when the announcers yell, “Release the Kraken!” and the fans flails their arms like squid tentacles while the players skate out into the ice? I’m hoping for some tentacle-y homemade costumes, too.

I also think that the Kraken is right on brand for the Pacific Northwest. We love cryptids here; the idea that there are goings-on in the natural world that we are not always privy to is a compelling idea and a story worth retelling. Hopefully the Seattle Kraken will be able to tap into some of that magic.

Monsters! Our ocean abounds in sea serpents (or legends about them anyway)

Legends emerge in a variety of ways. While they often tell the origin stories of a particular group or place, it can be hard to pinpoint their…

How much every state spends on public health

CDC warns new Covid-19 variants could accelerate spread in US