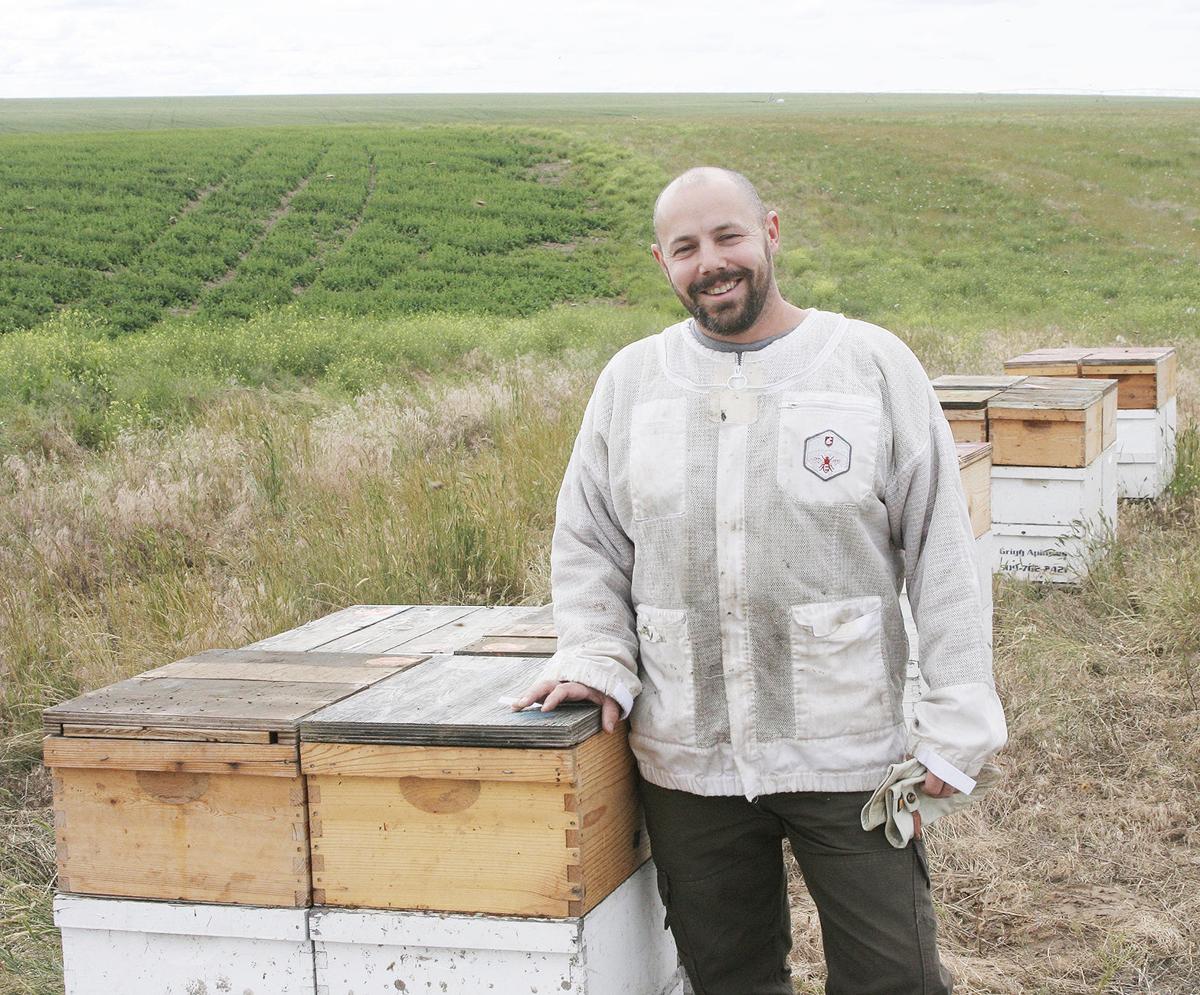 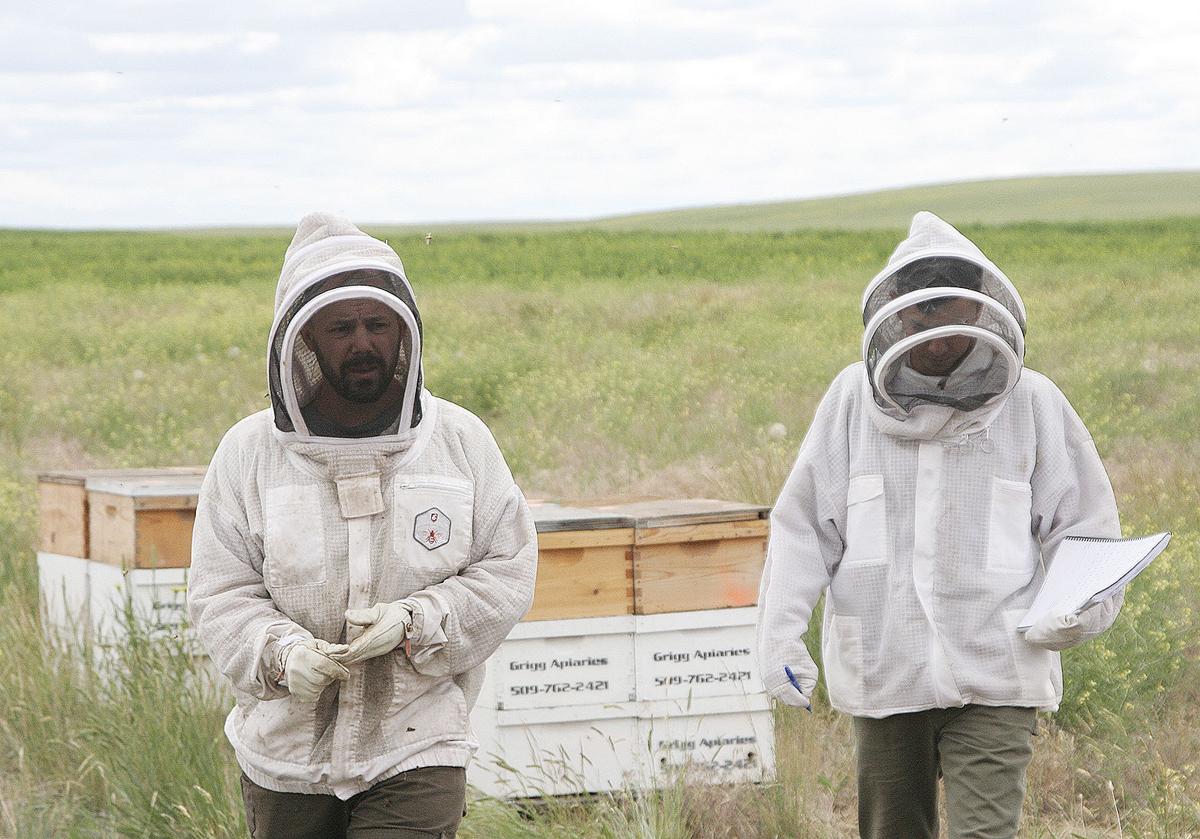 ODESSA, Wash. — Brandon Hopkins isn’t exactly sure how many times he’s been stung by a bee.

You never get used to it, he said.

“It hurts the same every time,” he said. “But you don’t swell up, it doesn’t itch so bad, which are problems early on when you first start.”

He’s based in Pullman, and works at the new Honey Bee and Pollinator Research, Extension and Education facility in Othello.

Hopkins focuses on indoor storage of honey bees for the fall, spring and winter. This will reduce the risk of varroa mites, a pest for bees, as well as labor and chemical input costs, he said.

“It provides beekeepers a tool that they didn’t really have,” he said.

Beekeepers may apply chemicals to fight the mites, but they’re not necessarily harmless to the bees, he said.

“There’s not enough space to hold every single hive in the U.S. but as the demand grows, they seem to be able to build facilities to meet that demand,” he said.

Commercial beekeepers and private companies are building storage facilities each year, he said.

Hopkins began working with bees because he was interested in conservation of species through cryopreservation — freezing — of semen.

His interview with the Capital Press was slightly delayed because he was artifically inseminating queen bees, the daughters of queens from the Republic of Georgia. Hopkins estimates he artificially inseminates more than 100 bees each year.

As a graduate student at Eastern Washington University, he worked on frogs, and then got the opportunity to work with honey bees at WSU.

At the time, WSU entomologists had a “unique” permit to import honey bee semen into the U.S. but had no way to preserve it, and had to return to Europe each year.

“The main interest to me was that there was a great need for it,” Hopkins said.

‘Boots on the ground’

WSU also sends some of its colonies to California for almond pollination.

That gives Hopkins a closer look at commercial beekeepers’ needs and pressures through the season, he said.

“There is a demand for freezing honey bee semen and for conservation, but it’s not a short-term demand and it’s not something that’s going to help a commercial beekeeper save his operation for next year,” he said.

“That’s a step above the stereotypical Ivy Tower academic,” he said.

Hopkins’ work will improve hive survival, Hiatt said. Honey bee hives continue to be lost “at an alarming rate” each year, he said.

“I think he’s the finest young scientist I’ve ever seen come into the bee world,” said Eric Olson, a major supporter of WSU’s bee research. “Once the bees are dead, nobody can tell you what’s going on. You’ve got to be there when the event that’s causing it is happening.”

Olson kept bees for 40 years and had the largest bee operation in the Inland Northwest. He keeps a cherry orchard north of Selah, Wash.

“I absolutely, unquestionably believe that the answers to (saving) the bees are right there at WSU,” Olson said.

“Beekeepers really appreciate that he’s young and enthusiastic,” Hiatt said of Hopkins. “He’s going to be looking at honey bee problems for years to come. In his career, he stands to make a huge contribution.”