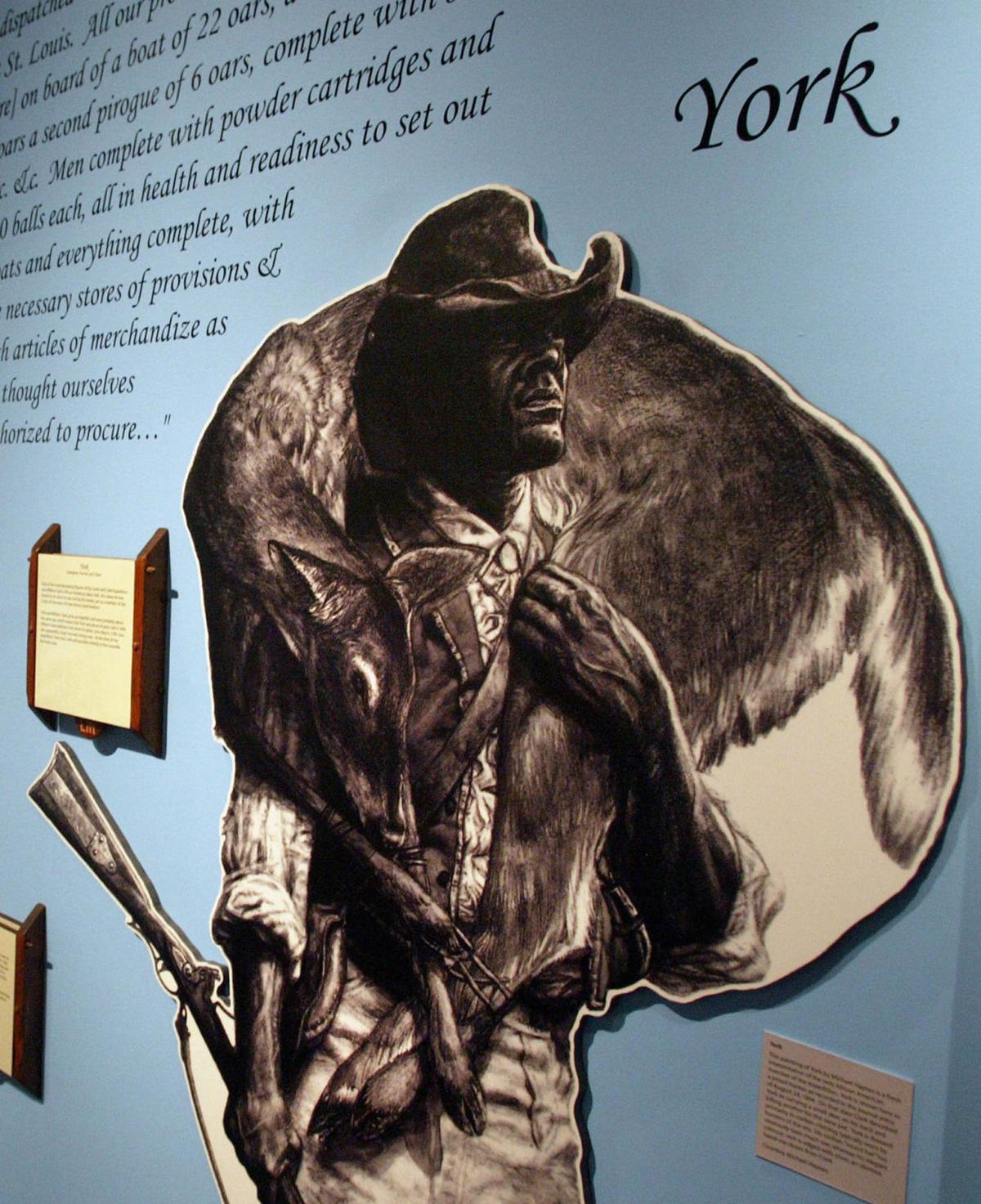 A painting of York, the only African-American member of the Lewis & Clark expedition, on display in 2003 at the Gateway Arch Museum of Westward Expansion in St. Louis. 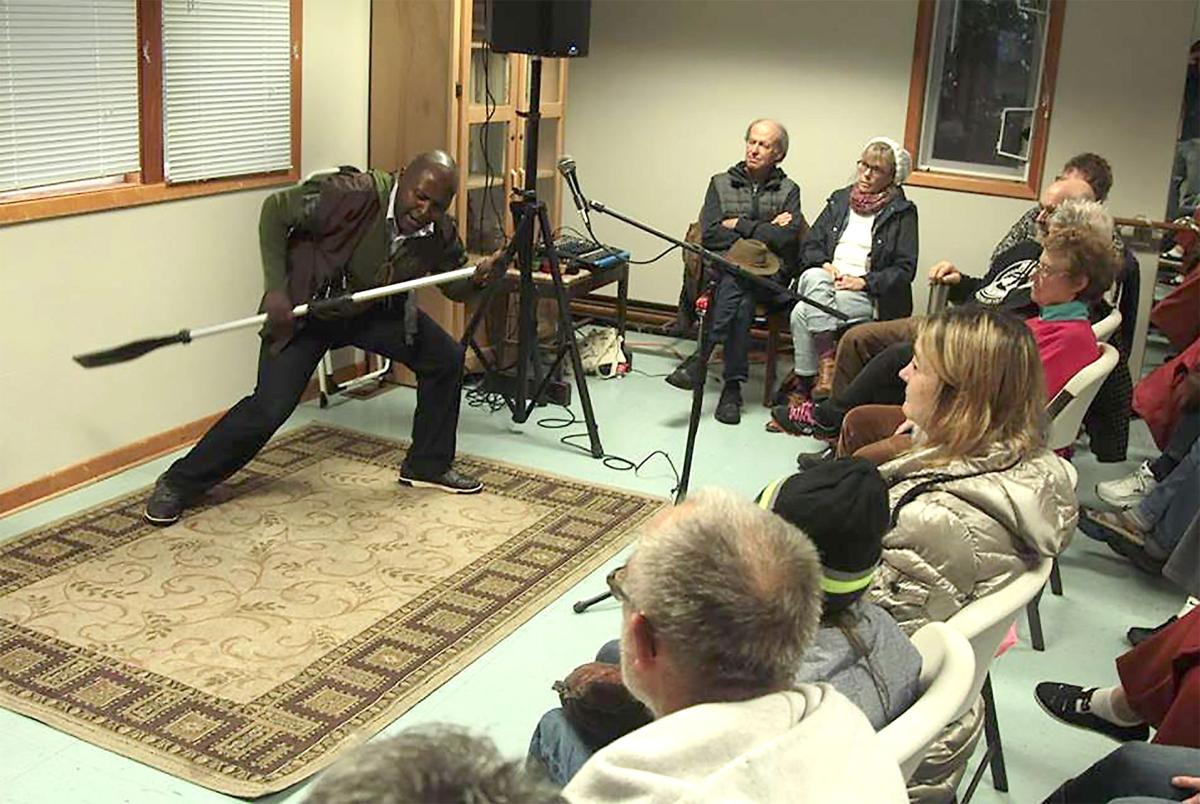 Gideon For-mukwai performs his one-man show about York at the Hoffman Center for the Arts in Manzanita. 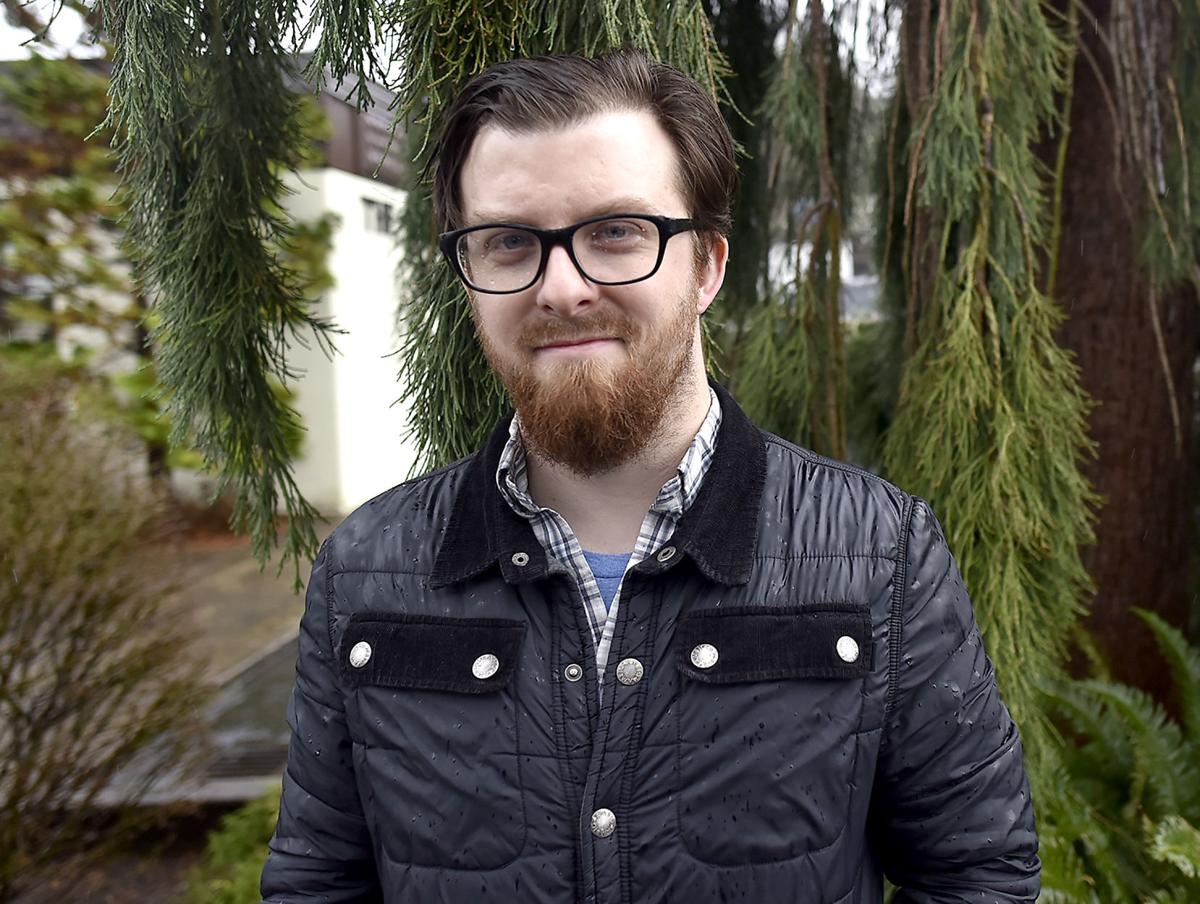 A painting of York, the only African-American member of the Lewis & Clark expedition, on display in 2003 at the Gateway Arch Museum of Westward Expansion in St. Louis.

Gideon For-mukwai performs his one-man show about York at the Hoffman Center for the Arts in Manzanita.

York is not a household name, except perhaps to Pacific Northwest history buffs. He was the black slave who accompanied his master, William Clark, on the 28-month trek to explore the Louisiana Territory and find a direct water route across the American landmass.

We know of him in fragments, through the writings of Clark and others, but we have nothing of York’s first-person account. (He, like several Corps of Discovery members, was illiterate.) What did the Lewis and Clark Expedition look like to him? We cannot know for sure, but we can put forth an educated guess.

That’s the focus of a one-man show written and performed by Gideon For-mukwai, a local author and storyteller originally from Cameroon, a French-speaking country in Central Africa. For-mukwai recently premiered his dramatized interpretation of the overland journey — as seen through York’s eyes — at Manzanita’s Hoffman Center for the Arts.

By telling York’s underreported story, what he calls a “well-kept American secret,” For-mukwai hopes the show will inspire viewers to spotlight the “unsung heroes” in our midst — the people whose work, done diligently and with quiet dignity, makes our society possible, but whose contributions are often ignored.

York is a fascinating figure, and not just because he was the only African-American on the trip. He was allowed to hunt with a firearm and savor a certain measure of freedom across the Continental Divide and back, even while technically enslaved. He was a man at the center of sweeping historical events, yet denied his due glory and largely consigned to a footnote. (In this, of course, York is far from unique.)

We know York had a wife and was newly married when he set off with Lewis and Clark. We know he helped the expedition engage peacefully with native tribes. When the time came at Station Camp in what is now south Pacific County to decide whether the Corps would winter on the Columbia River’s north or south side, York’s opinion was noted (along with that of their Shoshone guide, Sacajawea).

We also know that, when the troop returned from the Columbia-Pacific, York was not given the honors, acreage and double pay awarded to his Corps comrades. Instead, he remained Clark’s property, his name — a one-word identifier like that of “a dog or a pony” — ranked near the bottom of the team members, For-mukwai said.

Clark later told the writer Washington Irving (in a disputed account) that he eventually freed York about a decade after they returned. York allegedly went into business for himself, failed at it, then tried to reunite with Clark before dying of cholera. There is no evidence that he ever found his wife.

Between the lines of this secondhand sketch, a private drama is playing out in the soul of someone whose inner character is lost to us. So we are left with questions. What did pride, self-respect and heroism mean to York, who could only experience them in a state of bondage?

The data is sparse; we are forced to read into the narrative gaps. But we can certainly surmise what York felt.

When his master did not free him after the expedition, York apparently became self-destructive. Clark would allow York to leave for a few days, and the slave would be gone much longer, For-mukwai said. Clark wrote to his brother that he punished York for his behavior.

The York who came home is “not the same York who went on the expedition,” For-mukwai observed. Some scholars believe that, after York spent more than two years feeling liberated, the idea of remaining subjugated was simply intolerable.

The history of westward expansion is shot through with casual inhumanity, darkening even the celebrated Lewis and Clark story. Between the adventurous highlights — in the undocumented silence where we can infer the screams — lies pain unvoiced and persecution unatoned.

For-mukwai said we should find a way to acknowledge what each of us brings to the world, including and especially the people low in the social strata. For though institutional slavery is over, there are modern-day Yorks, living somewhere between freedom and captivity, waiting for their stories to be told.

ME: TREE CRASHES ONTO CRIB W/SLEEPING BABY INSIDE

This is how airlines are preparing to transport vaccine