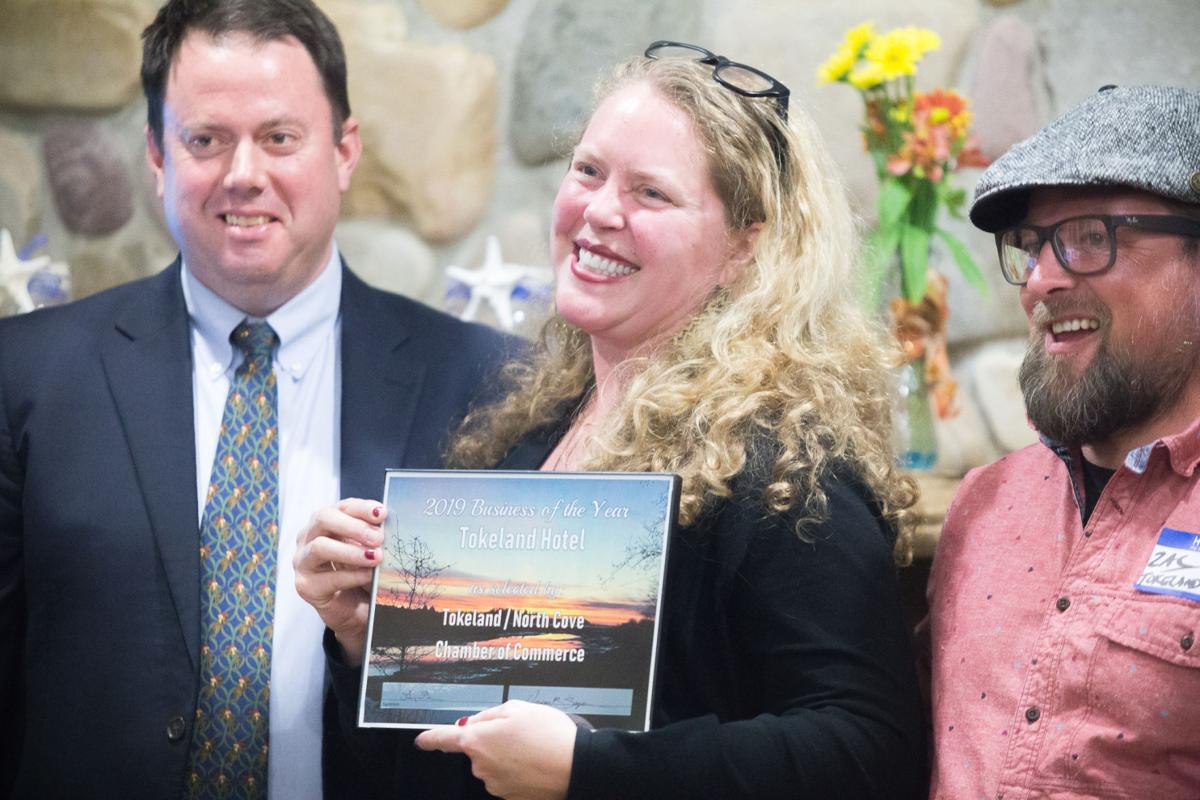 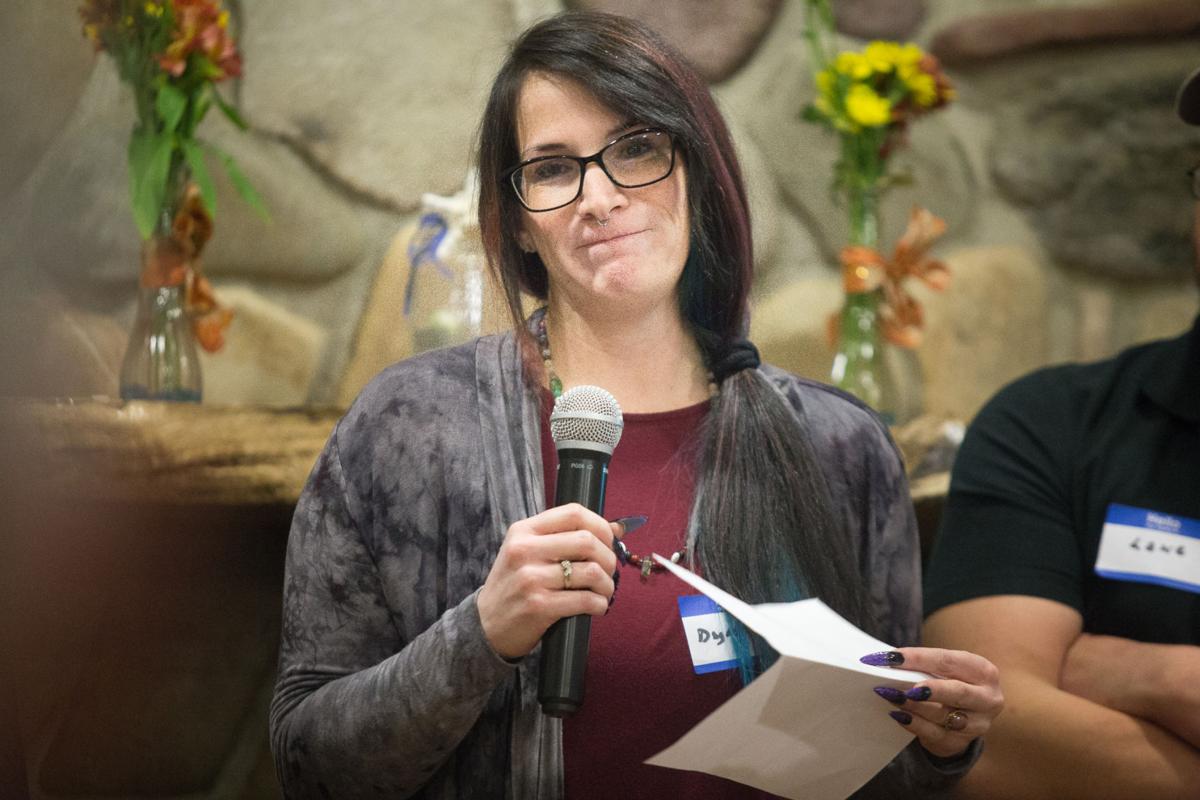 Harbor Association of Volunteers for Animals vice president Dyana Lovato accepted an award during the 2019 EDC Business of Year Award ceremony Thursday, Nov. 7 in Tokeland. The all-vounteer group has rescued more than 200 cats in Grays Harbor and Pacific County. 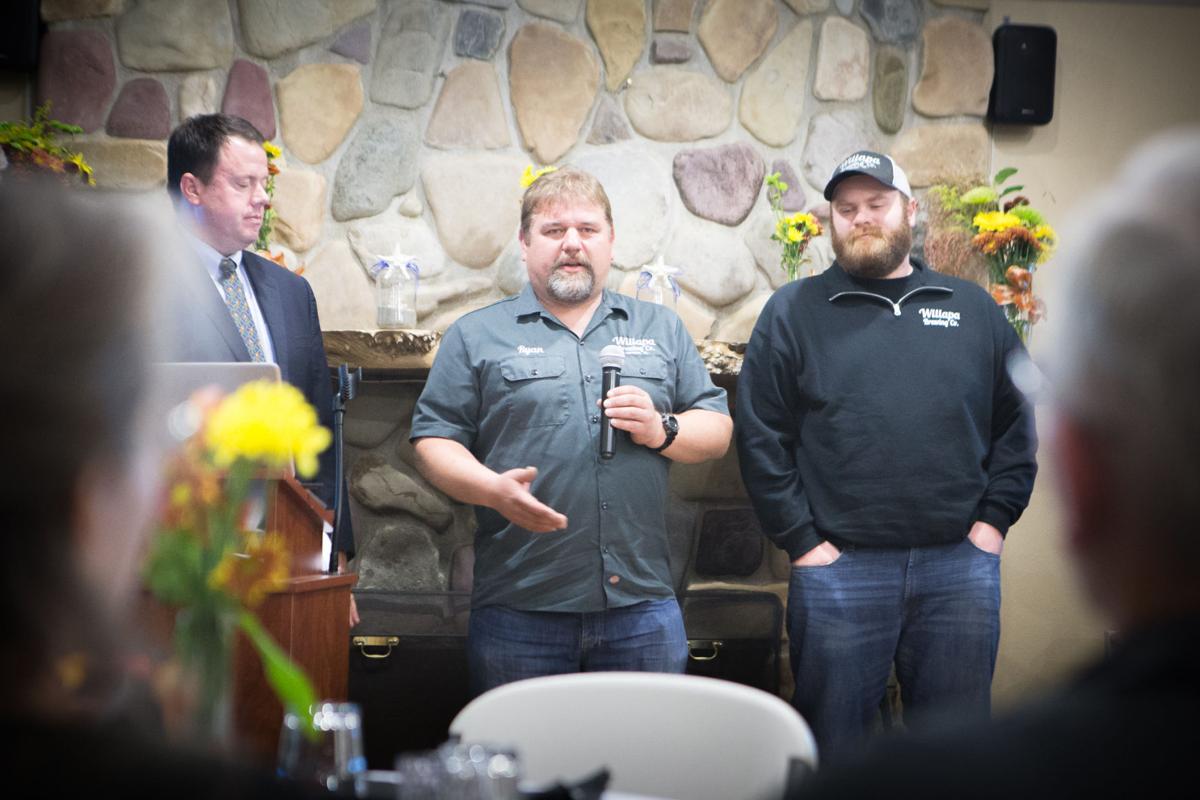 Willapa Brewing co-owner Ryan McMurry speaks after accepting an award during the EDC Awards on Thursday, Nov. 7 in Tokeland. McMurry described how a homebrewing hobby grew into a brewery and restaurant serving customers along U.S. 101 in South Bend. 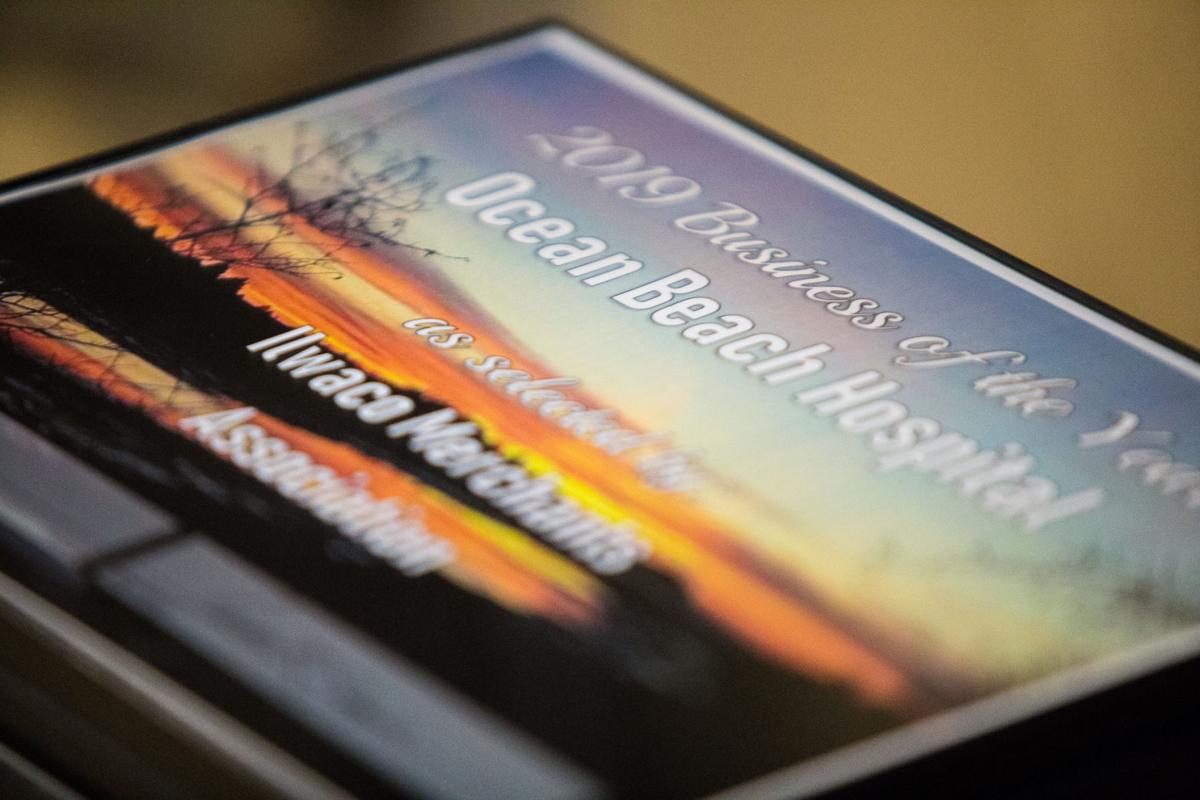 Harbor Association of Volunteers for Animals vice president Dyana Lovato accepted an award during the 2019 EDC Business of Year Award ceremony Thursday, Nov. 7 in Tokeland. The all-vounteer group has rescued more than 200 cats in Grays Harbor and Pacific County.

Willapa Brewing co-owner Ryan McMurry speaks after accepting an award during the EDC Awards on Thursday, Nov. 7 in Tokeland. McMurry described how a homebrewing hobby grew into a brewery and restaurant serving customers along U.S. 101 in South Bend.

TOKELAND — There was an all-volunteer group that saved more than 200 cats across two counties.

There was a business that began as a hobby before ultimately becoming the brewery and restaurant the town needed.

There was a couple from Seattle who took a chance on a historic hotel that would eventually become their home.

In all, six businesses and two nonprofits were honored among the ‘Businesses of the Year’ at the 2019 annual Pacific County Economic Development Council banquet and awards ceremony Thursday, Nov. 7 in Tokeland.

Approximately 45 people attended the event, which was catered by Shoalwater Bay Casino and held at Tradewinds on the Bay.

The first award of the evening went to Heather Earnhardt and Zac Young, owners of the Tokeland Hotel and Restaurant. The award was presented by EDC board president Guy Glenn and nominated by the Tokeland/North Cove Chamber of Commerce.

Earnhardt and Young purchased the historic 18-room hotel in April 2018.

“I have a restaurant in Seattle and I was looking for something smaller,” Earnhardt said after receiving the award.

“We had been bringing our kids down here for years. We stayed at the hotel a couple years before we bought it. It was windy, stormy, weird and scary. After we left I told (Zach) I’m going to have that hotel one day. It came up for sale and we put an offer in. I was head over heels for it since the beginning. We’ve sold our house in Seattle and moved all five children down here. It’s a huge part of our life now and we’re grateful for all the community support we’ve had. We used to live in the city, but now the kids can ride their bikes and build forts. I love Pacific County.”

The Port of Peninsula, nominated by the Ocean Park Area Chamber of Commerce, was presented the second award of the evening.

“It’s amazing what an oyster fork can do for the community,” said Port of Peninsula commissioner Bill Derion, who accepted the award on behalf of the port.

Derion talked about recent upgrades at the port, including a new haul-out facility that’s benefitted fishermen and oystermen. The port also hosted seven events and sold more than 1 million pounds of ice in the past year, Derion said.

“We started in 2016. We were home brewers with a hobby that just kind of grew and grew. Everybody asked where they could buy our beer, so my dad retired to start the brewery,” McMurry said.

In 2019 the brewery opened a taproom and restaurant along U.S. 101 in South Bend.

“What started as a hobby has now grown into a business,” McMurry said.

“This award really belongs to the community because they’ve been so supportive. We love good beer and good food, and we wanted to bring that to Raymond and South Bend.”

Harbor Association of Volunteer for Animals

The Harbor Association of Volunteers for Animals (HAVA), an all-volunteer group serving the animals of the Grays Harbor and Pacific County, was nominated by EDC North.

“The area we cover stretches roughly from Westport in the north to Bay Center in the south,” said vice president Dyana Lovato after accepting the award.

“We rescue animals, mostly cats and dogs, occasionally bunnies or birds. Last year we rescued more than 200 kittens. We have a small shelter in Raymond, one of the smallest in the state.”

HAVA was founded in Westport by Shirley Brown, and operated for many years with a dedicated crew of volunteers, according to the website. Following Shirley’s retirement, HAVA went into a brief period of diminished activity. With the help of volunteers, the group was re-formed and is based in Raymond, with volunteers in Westport, Grayland, Tokeland, Raymond, South Bend, Menlo, Bay Center and other communities.

Keepers of the North Head Lighthouse

The North Head Lighthouse has been refurbished and reopened in recent months, thanks in large part to a tireless effort from committed volunteers.

“They’re a dedicated group of volunteers who meet at our port office each month,” said Guy Glenn, who presented the award to Keepers of the North Head Lighthouse, nominated by EDC South.

“Fixing up North Head Lighthouse has been a long-term project. It’s really a destination for a lot of people coming to the Peninsula. It’s kind of a symbol for our community,” Glenn said.

“The leaders of the group have done an amazing job getting that project done.”

A new go-kart track, mini golf course, snack bar and corner market were among the changes that have reinvigorated neighboring businesses.

Since purchasing the troubled property from the Merrill Family Trust in August 2017, owners Glenn and Hillary Trusty have embarked on an ambitious makeover in an attempt to rehabilitate the property and its reputation, which suffered in recent years amid drug allegations against the former operators.

Ocean Beach Hospital, nominated by Ilwaco Merchants Association, was honored for being among the largest employers in Pacific County, which includes more than 180 staff.

Founded in 1934, the community owned and operated 25-bed hospital is a level IV trauma hospital and level III stroke hospital.

Security State Bank, nominated by Willapa Harbor Chamber of Commerce, was honored as being among the oldest independent banks in Washington, which includes two branch offices in Pacific County. The bank was founded in 1903.

Watch the 'Queer Eye' team give the Flyers' mascot a makeover