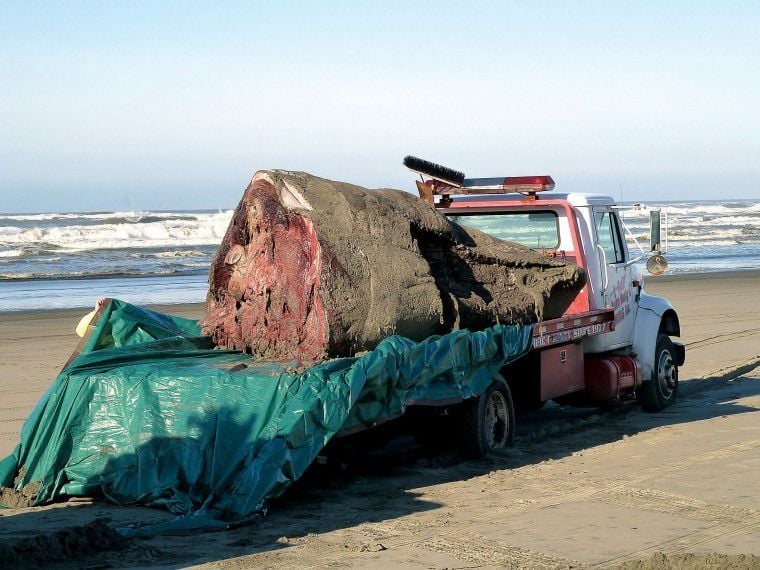 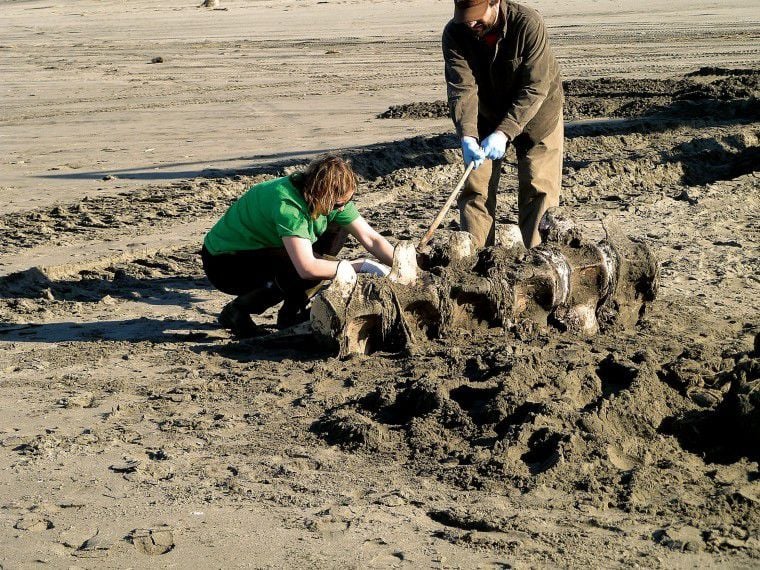 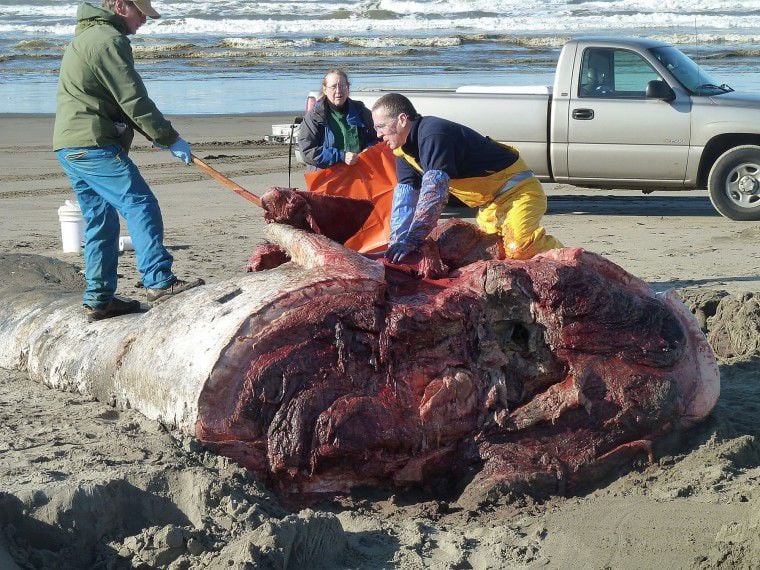 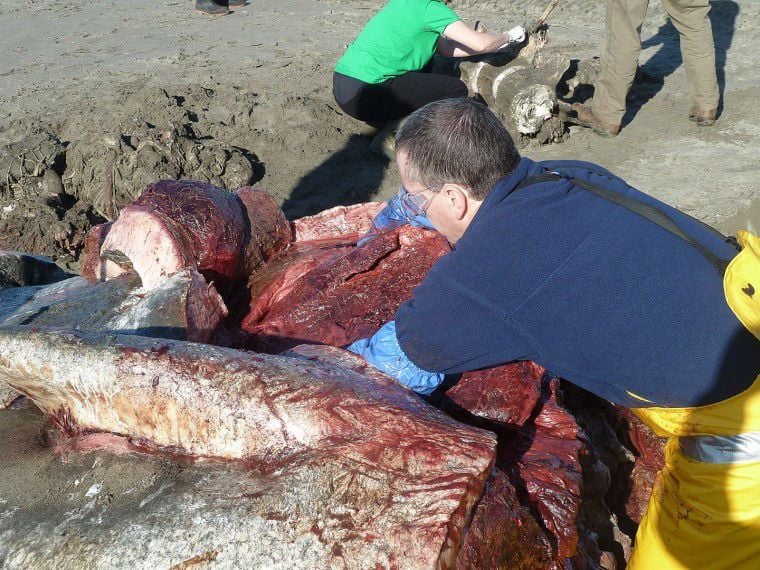 Chinook Observer reader Ray Schiller was on hand last week and took photos of the smelly necropsy of a large sperm whale whose 39-foot body washed ashore during a recent windstorm. A recently born gray whale also came in. The sperm whale is believed to have died long before it washed up. It was so decayed that part of its backbone was detached and found elsewhere on the beach. Dr. Debbie Duffield from Portland State University conducted the necropsy using traditional razor-sharp blades attached to long handles. “Scientifically, the most important part of the sperm whale has already been recovered: the jaw,” Tiffany Boothe of the Seaside Aquarium said on beachconnection.net. “Due to the fact that the sperm whale has been dead for a long time, very little information will be obtained by the necropsy. The gray whale is in a little better condition and we hope that after the necropsy we will know why that particular animal died.”

U.S. Rep. Tom Rice on why he voted for impeachment