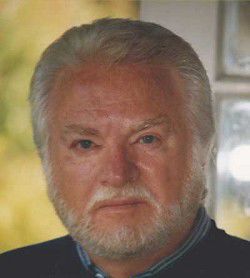 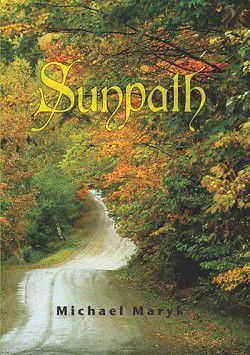 NASELLE - Naselle and Astoria welcome author Michael Maryk of Bellingham, for readings, discussions and signing of his book "Sunpath." On Nov. 20 at 3 p.m., Maryk will be at the Appelo Archives Center at 1056 SR 4, in Naselle. Then on Sunday, Nov. 21, at 1 p.m., Mr. Maryk will be at Suomi Hall, 244 W. Marine Dr., in Astoria. There is no charge for these events. Books can be purchased either day or later at Finn Ware in Astoria. Refreshments will be served.

"Sunpath" is a fictionalized version of 10-year-old Aimo, his six-year-old sister Anna, and eight-year-old cousin Pehr's hasty evacuation from Finland to Sweden during World War II.

In preparation for writing this novel, Maryk spent two years in Sweden interviewing survivors from the "Finska Krigsbarn" (Finnish War children). During that tempestuous time 75,000-plus Finnish children were transported to safety ahead of the invading Russian army in what would become the largest flight of children in recorded history.

The parents had little time for explanations or "goodbyes" as they hustled their offspring onto trains with hundreds of other children. Nurses, doctors and volunteers traveled with them for days until they finally reached sanc-tuary in Sweden. From this powerful history, Maryk crafted his novel about Aimo who faces many challenges adjusting to home life with a Lutheran minister and his wife. His perseverance proves that love, in spite of war, exists among all people.

The Appelo Archives Center, the Finnish American Folk Festival, and UFKB&S Lodge No. 2 of Astoria sponsor these events.

Scaramucci: Trump is the domestic terrorist of the 21st century