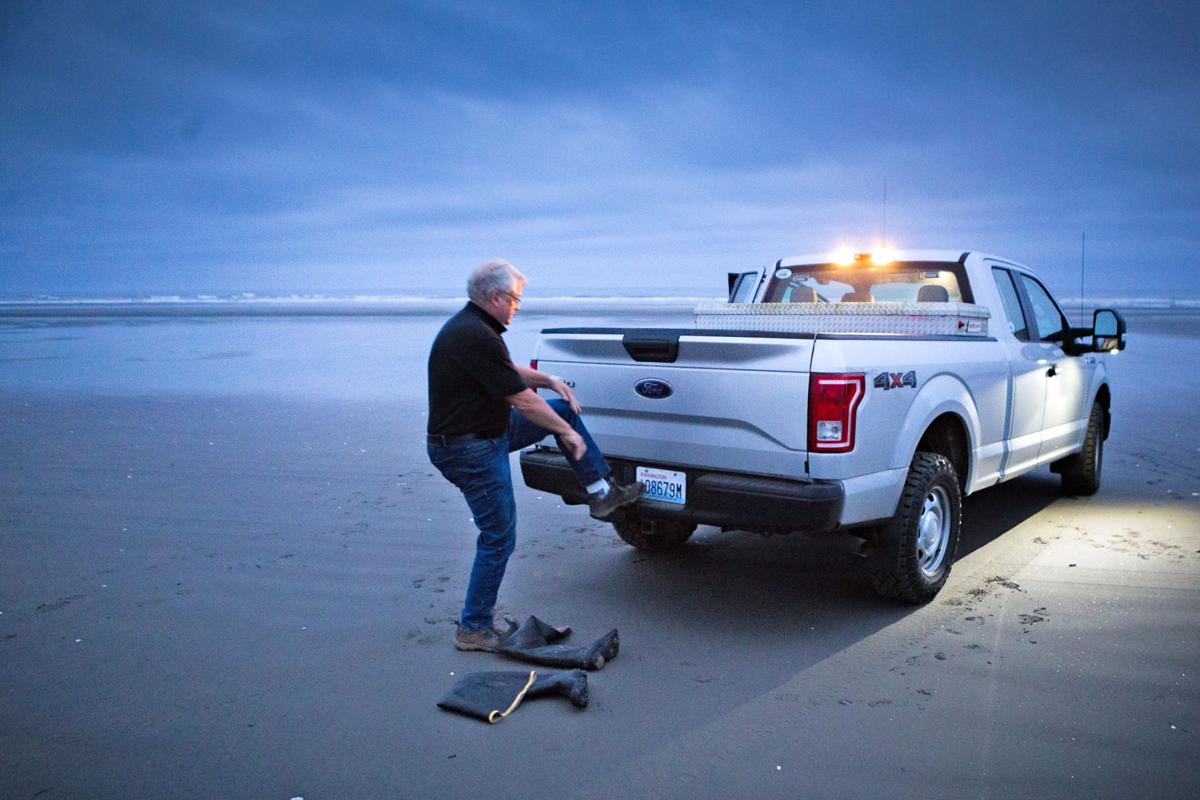 WDFW Coastal Shellfish Manager Dan Ayres prepares to slip on his hip waders in the early morning Friday, Aug. 30 before joining his team of shellfish technicians for the final razor clam survey of the summer on a remote stretch of beach north of Ocean Park. 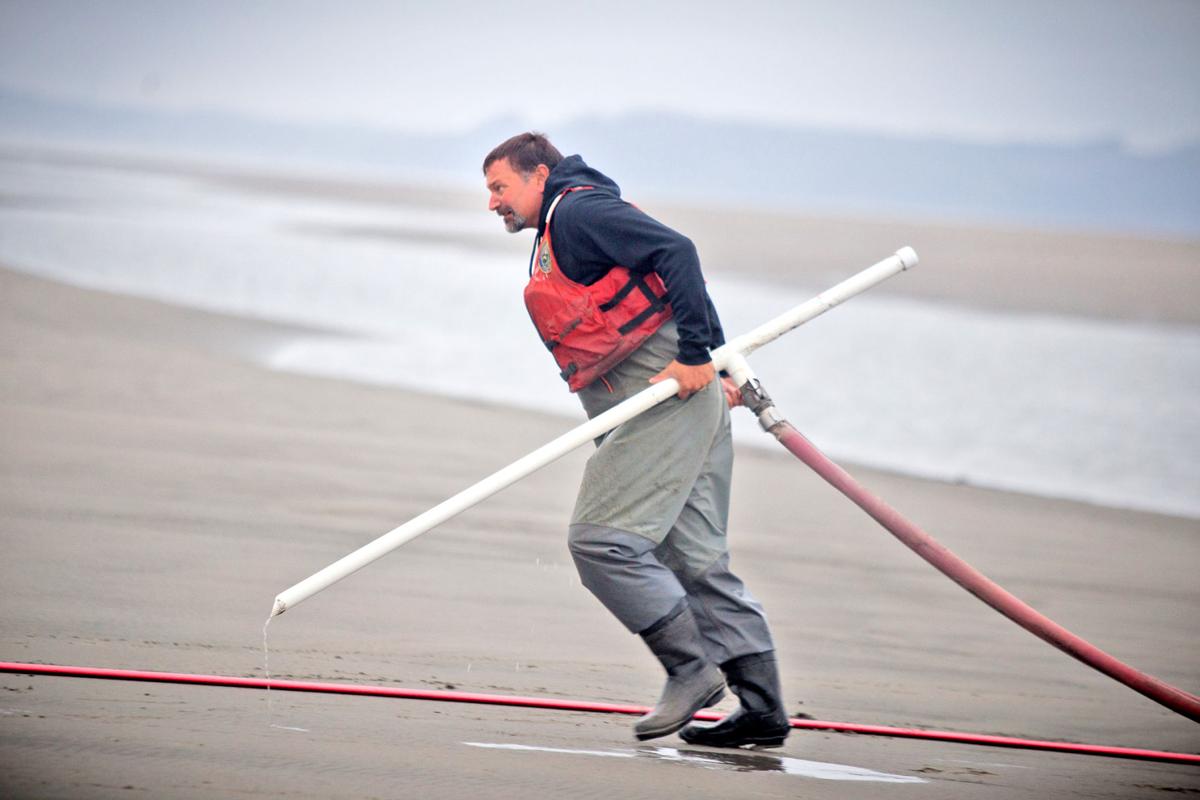 WDFW technician Travis Harding moves a pump to a new section of beach during the final razor clam survey of the summer Friday, Aug. 30 in Ocean Park. The survey was one of more than 50 conducted on SW Washington beaches to access clam populations and set upcoming recreational seasons. 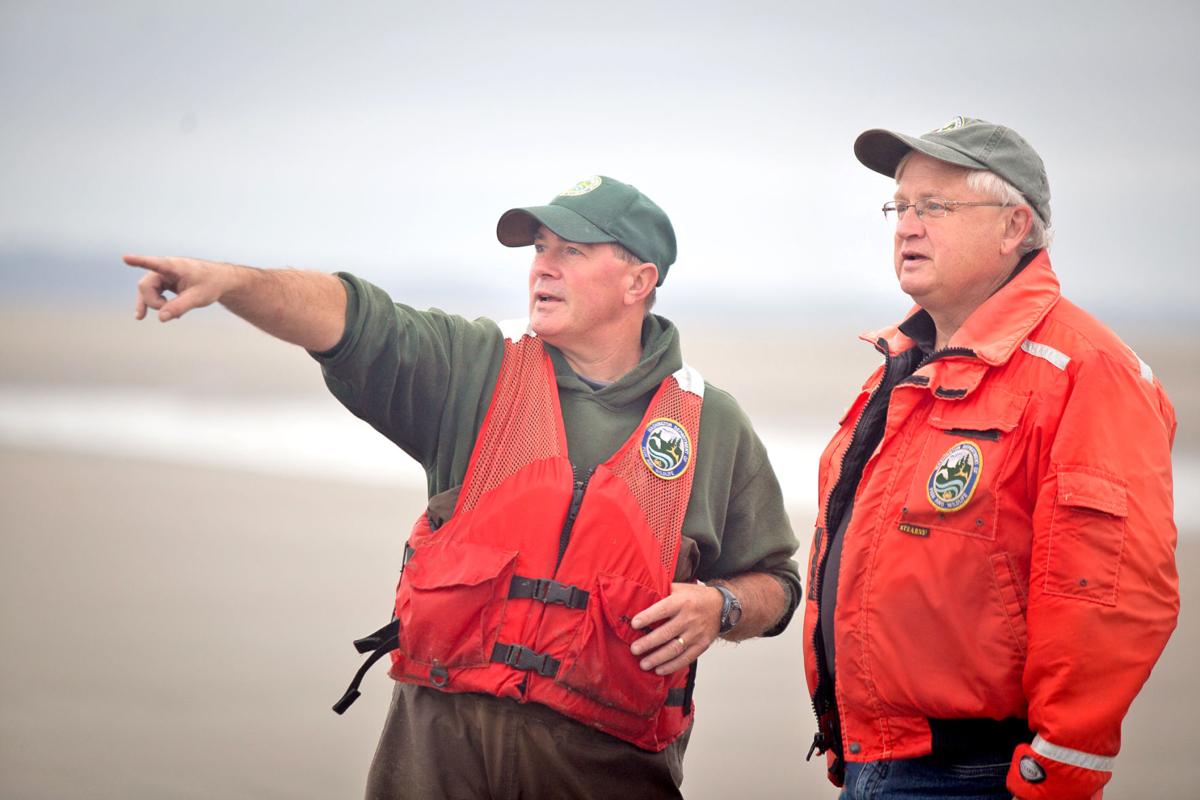 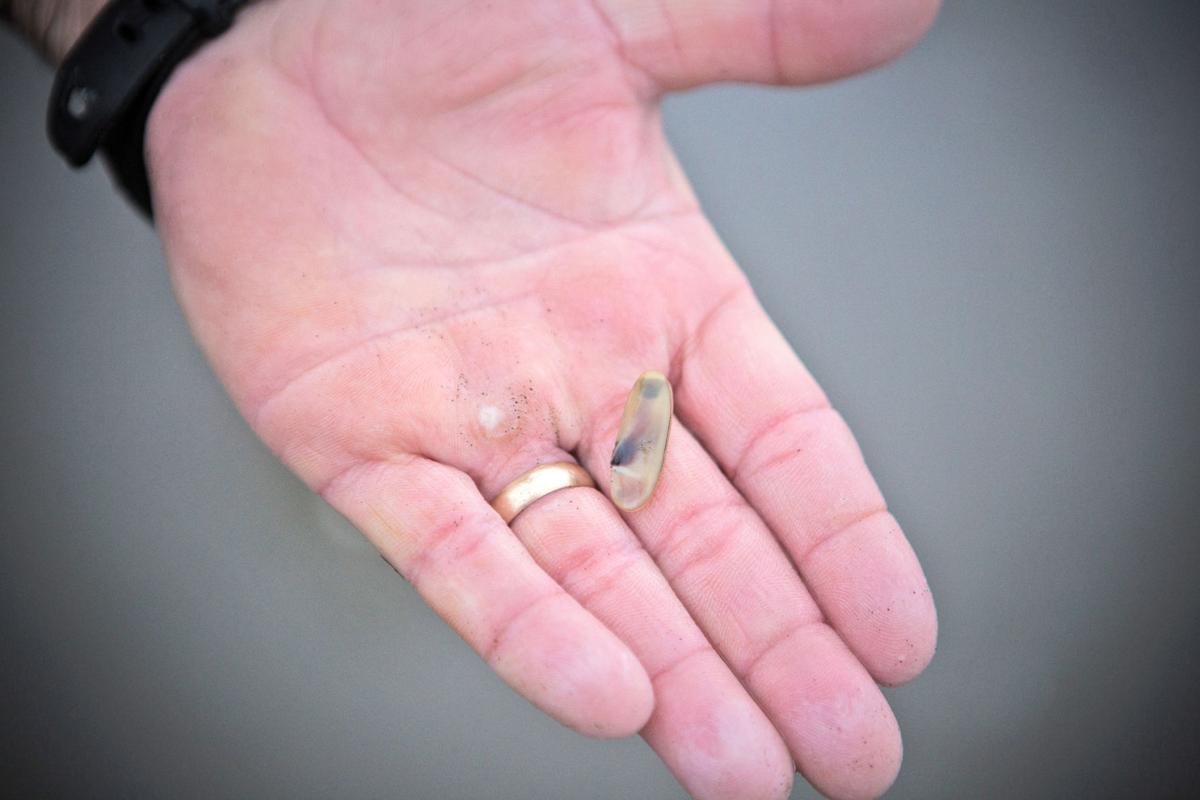 The razor clam population has rebounded from rough year in 2016, when a surge of freshwater from Columbia River decimated juvenile stock. 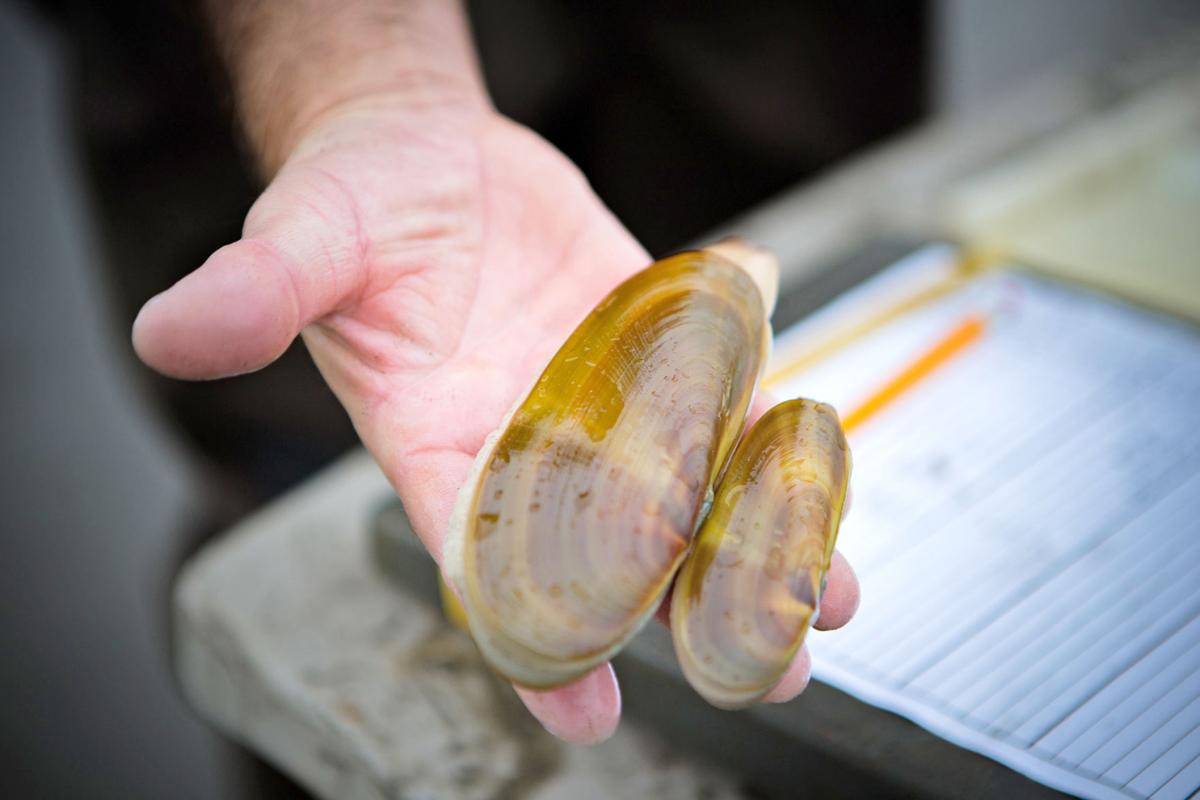 A pump-sampling method learned from management officials in Alaska is now the preferred survey method in Oregon and Washington. The method is more sensitive to catching juvenile clams, providing a more accurate picture of populations in the area.

PENINSULA — Recent razor clam surveys conducted by the Washington Department of Fish and Wildlife reveal clams are thriving on the Peninsula. Early-season digging dates will be announced soon, based on a robust 2019-20 harvest quota of 5.2 million clams.

“Long Beach is looking really strong and there will be some super digging in the months ahead,” said WDFW Coastal Shellfish Manager Dan Ayres, upon completing the final clam population survey of the summer with his four-man crew Friday, Aug. 30 in Ocean Park.

“We had a lot of little guys last year and not a lot of big clams. We gave them a break to let them grow and that’s exactly what happened. We have a great population of harvestable clams. We’re going to get back this year what we lost last year.”

There were only four digging days on the Peninsula over the entire 2018-19 season. There may be 25 times as many days of digging in the upcoming season.

This season’s total Peninsula clam population estimate is about 13 million.

“We’ll use that number to total our Total Allowable Catch (TAC) and that’s the number we use to manage the season with,” Ayres said last week. “This year we’re going to target our harvest at 40 percent of the population estimate.”

A four-man team of WDFW technicians collected and measured razor clams on a remote stretch of beach north of Ocean Park approach Friday, Aug. 30. It was the final survey of more than 50 conducted over the summer to find the number of razor clams on Washington’s southwest coast.

“The good news about Long Beach is our data is showing clams all along the beach,” Ayres said. “People can spread out and use the whole beach.”

Additional good news is following the completion of WDFW’s 2019 stock assessment the agency now estimates over 25 million small pre-recruit clams should supply 'plenty of great digging down the road.'

Spring digs are typically the most popular, when tides and conditions are more favorable, drawing thousands to area beaches in pursuit of their 15-clam daily limit. Throughout the October to April season, clam diggers are a crucial part of the local economy, attracting thousands of visitors for a good tide in pleasant weather.

“Biologically razor clams are really powerful. They grow quickly and are prolific reproducers if we give them a chance and ocean conditions are right. We had a down year and now they’re back,” Ayres said.

“In 2016, we lost a lot of clams because of freshwater coming out of the Columbia River. The adult clams held up down below (the sand) but the little tiny guys on the beach that year, the stock for 2017, got wiped out by the freshwater. Conditions were way better this year. Right now the ocean conditions have been fine and the razor clams are doing great.”

A pump-sampling method learned from management officials in Alaska is now the preferred method in Washington and Oregon.

The method is more sensitive to catching juvenile clams that may have been missed in the past, providing a more accurate picture of the clam population in the area. The same method was used to assess razor clam populations to estimate how many clams were on each of the five management beaches on Washington’s outer coast, Ayres said.

Lead technician Clayton Parson, who’s logged nearly 30 years with WDFW’s shellfish department, said the recent razor clam survey for the Peninsula has been among the most promising he’s observed in years.

“I would say this is among the highest I’ve seen. They’re not super big, but there’s a ton of them. This is probably one of the tops. Things are on the up and up for Long Beach,” Parson said.

“We’re super excited about the volume of clams we’ve been seeing, especially after losing all those clams a few years ago."

The additional good news is following the completion of WDFW’s 2019 stock assessment the agency now estimates over 25 million small pre-recruit clams should supply “plenty of great digging down the road,” Ayres said Monday.

Threats to the clam season still linger, including the potential for elevated levels of domoic acid, a natural toxin produced by certain types of algae, which has sometimes curtailed clam digging days in recent years.

“We’re looking forward to the harvest, hopefully we don’t have any toxin problems,” Parson said. “That’s all we’re worried about at this point. The people who monitor the plankton in the surf say everything looks good right now.”

What President Trump revealed about himself with a tweet

Biden is asked if he benefited from White privilege