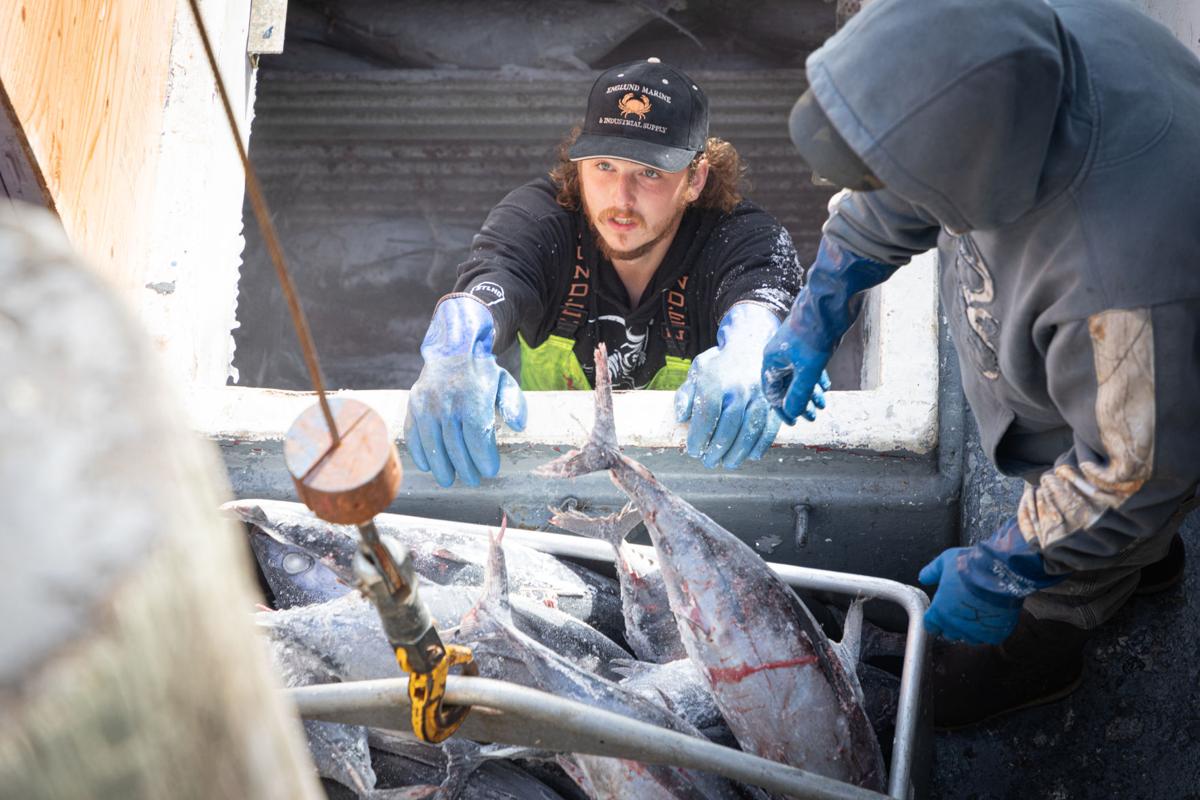 “The last few days were excellent,” said commercial fishermen Christian Johnson of the F/V Two Fishers as they offloaded their first tuna catch of the season at Ilwaco Landing on Tuesday, July 14. The fishermen delivered more than 7,000 pounds of tuna in their first offload of the season. 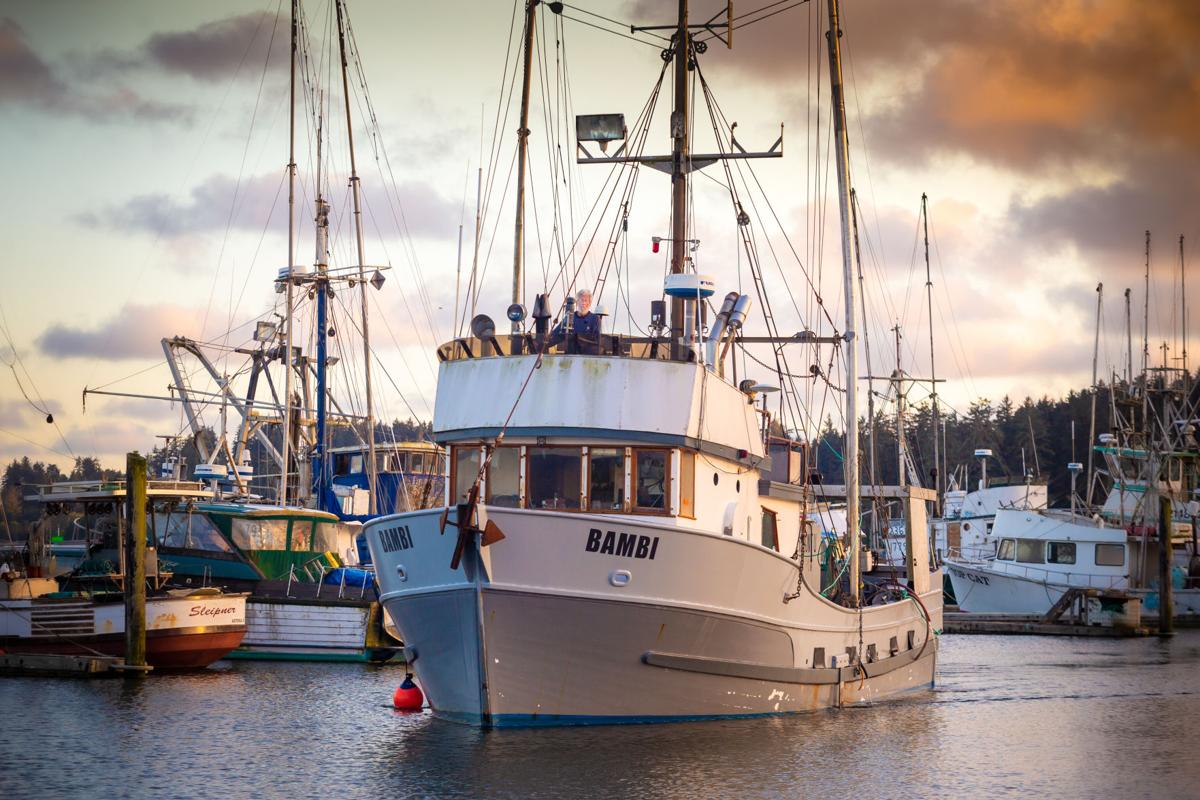 Commercial fisherman Ted Martin maneuvers his vessel the F/V Bambi from the flybridge as he pulls into the Port of Ilwaco after fishing for albacore tuna on Sunday, July 12. Martin cut his first commercial fishing trip of the season short after experiencing mechanical issues, but still managed to catch approximately 800 pounds of tuna, he said. Martin was among many commercial and sport fishermen making their first tuna trips of the season over the weekend. 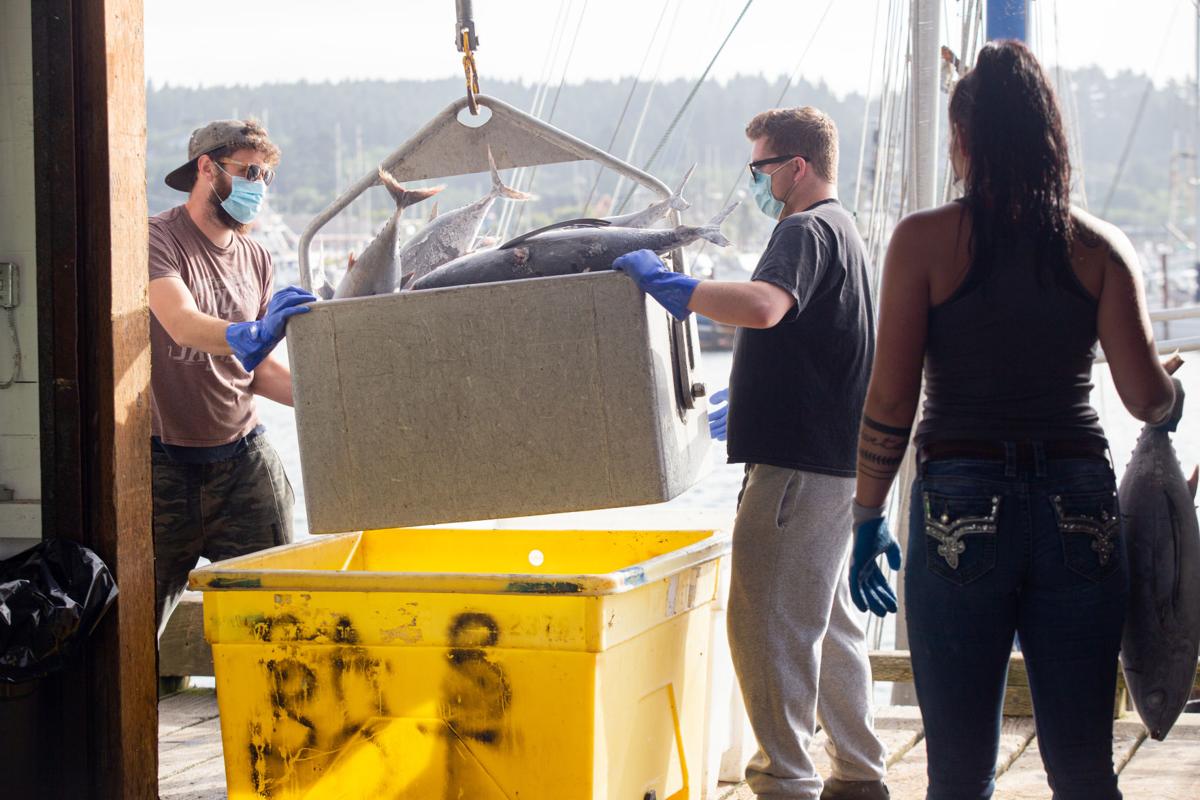 Dock workers at Ilwaco Landing unload albacore tuna on Tuesday, July 14 in Ilwaco. The first commercial tuna landings of the season occurred over the weekend and will soon be available in local stores and restaurant menus.

ILWACO — The commercial albacore tuna season kicked off over the weekend with fishermen delivering their first catch of the 2020 season to local processors.

“The last couple days were excellent,” said commercial fishermen Christian Johnson of the F/V Two Fishers upon delivering 7,300 pounds of tuna to Ilwaco Landing on Tuesday, July 14. Johnson was out fishing for 10 days along with fellow commercial fisherman James Plymer before returning to port Tuesday.

The F/V Courageous was the first boat to deliver catch to Ilwaco Landing during the weekend, according to dock supervisor David Moore.

“Right after July 4th, the fishermen traditionally head out,” he said.

Approximately 200 to 300 vessels land albacore into Washington ports each year, with the majority being landed into Westport followed by Ilwaco/Chinook, according to WDFW. In 2019, commercial albacore landings in Washington generated more than $36 million in ex-vessel revenue, according to the Pacific Fisheries Information Network.

'Hollywood forgot me': Matthew McConaughey opens up about his career