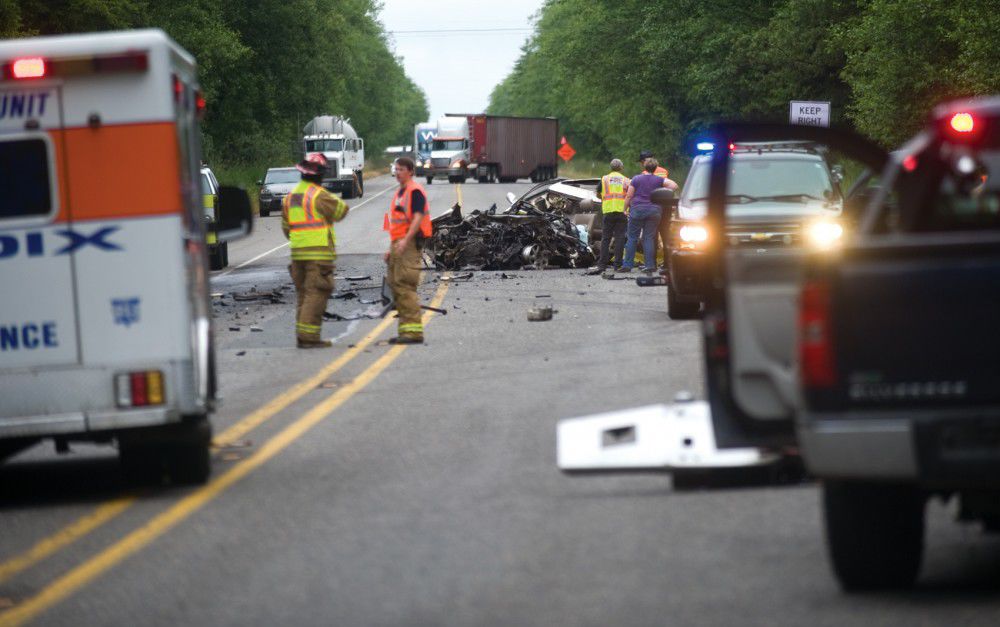 <p>What remains of a passenger vehicle is left in the middle of U.S. Highway 30 near milepost 85 Thursday morning after a fatal head-on collision with a semi-truck just east of the Ferris Creek Bridge. The crash blocked the highway and traffic was detoured onto Old Highway 30.</p> 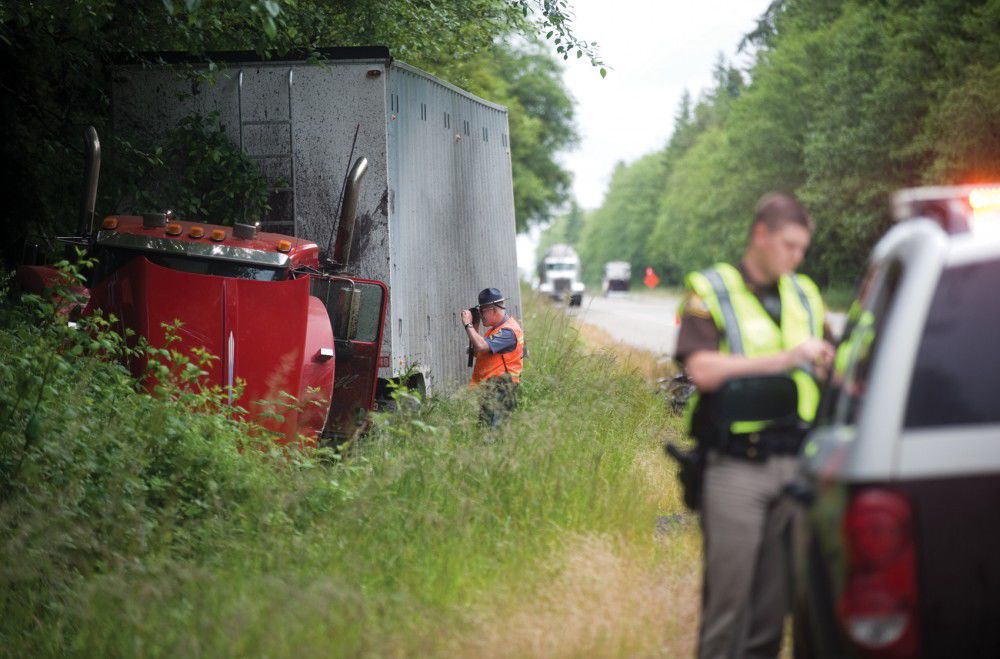 <p>What remains of a passenger vehicle is left in the middle of U.S. Highway 30 near milepost 85 Thursday morning after a fatal head-on collision with a semi-truck just east of the Ferris Creek Bridge. The crash blocked the highway and traffic was detoured onto Old Highway 30.</p>

Oregon State Police troopers are continuing an investigation into Thursday fatal head-on traffic crash involving a passenger car and truck that resulted in the death of a Longview, Wash., woman along Highway 30 east of Astoria.

The highway re-opened about 4:30 p.m. A detour has been in place for all vehicles while responders clear the scene and complete clean up a large fuel and oil spill.

At approximately 9:05 a.m. a 1997 Toyota Camry driven by Carol Lorraine Howard, 53, from Longview, was eastbound on Highway 30 near milepost 85 when it veered into the westbound lane, troopers said.

No evidence of braking was seen from the car prior to impact. It was heavily damaged, ejecting Howard, who troopers believe was not using seat belts. She was pronounced deceased at the scene.

OSP troopers, Clatsop County sheriff deputies, and firefighters from Knappa Fire & Rescue found a car seat at the scene and conducted an extensive area search to see if a child was involved. No child was found and the investigation confirmed there was no child passenger in the car with the victim.

Davies was transported by ambulance to Columbia Memorial Hospital with non-life threatening injuries. He was driving for Don Averill Trucking of Tillamook and troopers said he had beem using safety restraints.

OSP troopers from the Astoria Area Command office are continuing the investigation. Senior Trooper Jim Pierce is the lead investigator.

OSP was assisted at the scene by Columbia County Sheriff's Office, Knappa Fire and Rescue, the Oregon Department of Transportation, and Northwest Firefighters (NWFF) Environmental company. An unknown amount of fuel and diesel spilled from the truck.