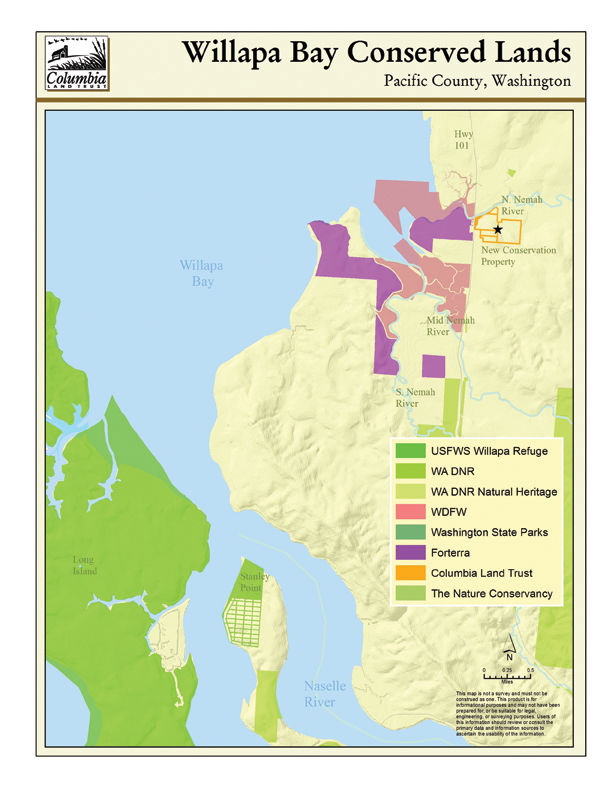 <p>This map locates the land in the latest project.</p> 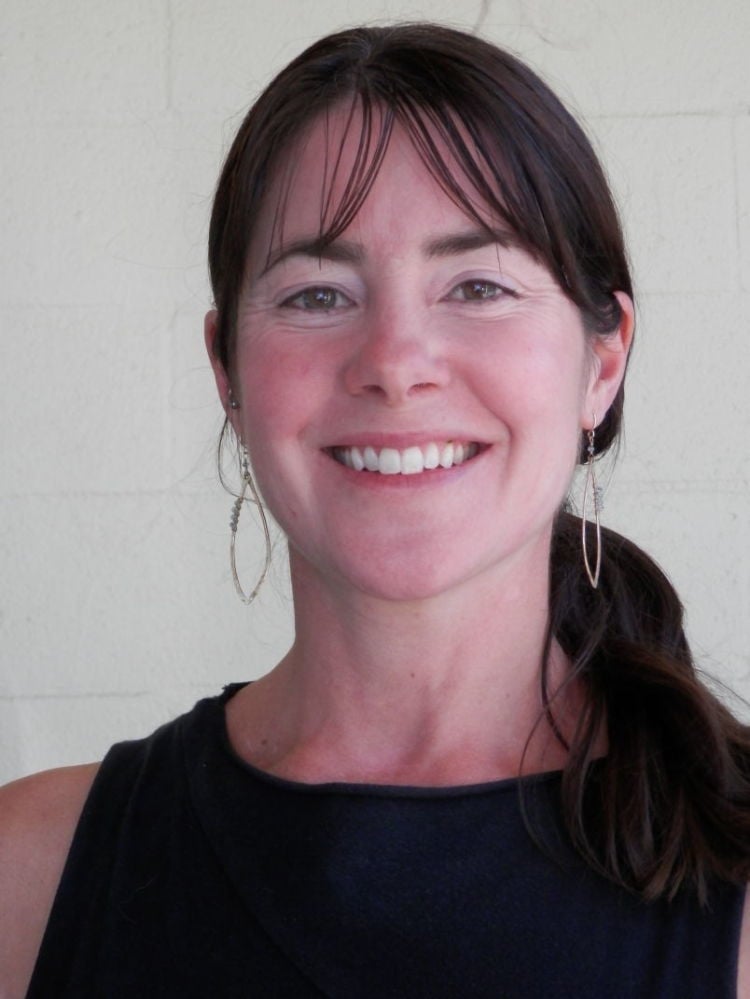 <p>This map locates the land in the latest project.</p>

Laced with streams and channels, the recently purchased property adds to a growing network of conserved lands within the Nemah River watershed and around Willapa Bay.

The North Nemah River hosts a run of chum salmon around Willapa Bay as well as chinook, coho and steelhead.

The Washington Department of Fish and Wildlife and Seattle-based Forterra together hold more than 900 acres of land just downstream, at the confluence of the North Nemah River and Willapa Bay.

Columbia Land Trust purchased the land from Hancock Timberland Inc, which had historically logged much of the forested areas on the propertys upper elevations. Those forests now will be managed as wildlife habitat.

Over time, Columbia Land Trust will restore and protect a complex, mature conifer forest with a healthy understory of native plants, Gardner said.

The salt and brackish marshes on the Columbia Land Trust property are valuable for shorebirds and waterfowl, which forage in large numbers in the winter. The propertys wetlands are largely intact and not immediately threatened by invasive species such as spartina and reed canary grass that have choked other wetlands around Willapa Bay, Columbia Land Trust said.

Intertidal marshes and wetlands are essential to the health of Willapa Bay, said Columbia Land Trust Stewardship Director Ian Sinks. Ecologically, they are highly productive habitats and they also keep the waters of the bay clean by capturing sediment, nutrients and pollutants.

The property contains some 12 acres of mature Sitka spruce swamp, which has declined by an estimated 70 percent in the lower Columbia River estuary. Spruce swamps containing very old trees can provide habitat for marbled murrelets, bald eagles and many cavity-nesting birds.

Leaders say that the conservation of North Nemah River also compliments a growing network of lands that have been conserved by many groups around Willapa Bay, including U.S. Fish and Wildlife, Washington State Parks, and The Nature Conservancy.

Its only by many groups working together for a common vision that we can ensure Willapa Bay remains one of the most pristine estuaries on the entire West Coast, said Gardner.

That will be good for communities of people that rely on Willapa Bay for their livelihoods as well as for the imperiled birds, fish and animals that need this marvelous ecosystem for life.

Galloway: Amazon about to transform healthcare

Roy Jones Jr. on his bout with Mike Tyson