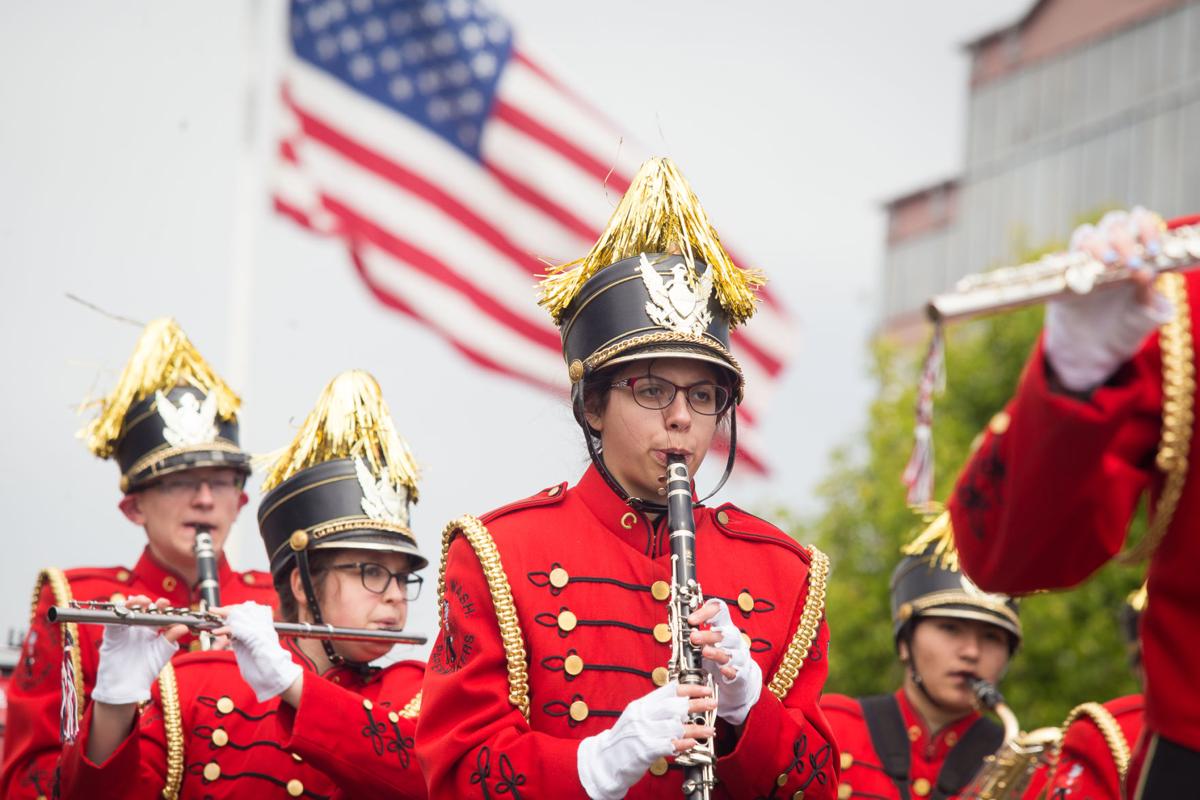 The Camas High School Band was among several school bands from across Washington to perform in the 2019 Loyalty Day Parade in Long Beach. 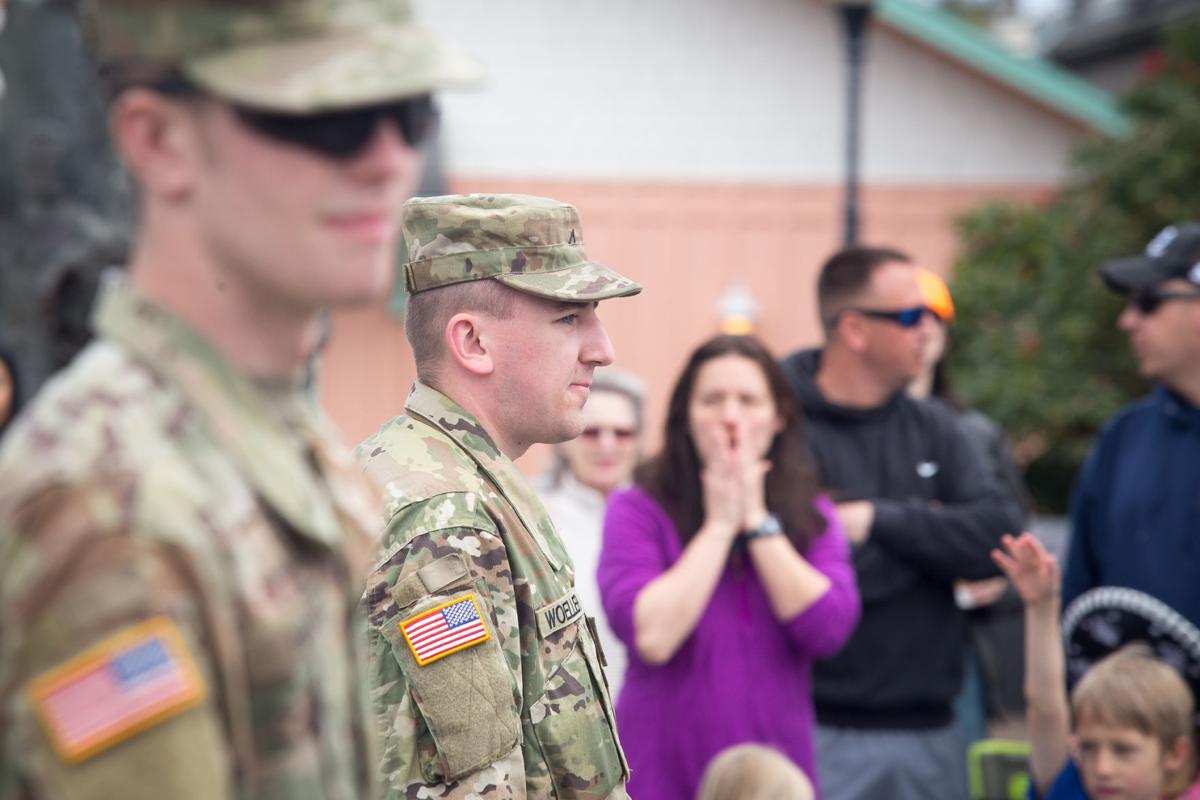 Past and present members the U.S. military were honored during the Loyalty Day Parade in Long Beach in 2019.

The Camas High School Band was among several school bands from across Washington to perform in the 2019 Loyalty Day Parade in Long Beach.

Past and present members the U.S. military were honored during the Loyalty Day Parade in Long Beach in 2019.

LONG BEACH — The 70th annual Loyalty Days celebration might not happen this year.

The Loyalty Days Foundation is disbanding, and cancelling its 2020 celebrations, according to a Jan. 5 announcement. The foundation’s end brings with it the closure of its Long Beach programs like the Loyalty Days Grand Parade.

The abrupt decision has left residents with the responsibility of keeping Loyalty Days going, if they wish. Two local leaders hope they’ll be able to pull something together in time for the early-May event.

'The event’s semi-dead right now but we’re going to try and bring it back.'

Loyalty Days Foundation Board elected officials Bob Andrew, Judi Andrew and RuthAnn Hocking declined to comment or answer any questions for this article.

The U.S. tradition of Loyalty Day was started by members of the Veterans of Foreign Wars during the 1930s. The holiday, held on or near May 1, became a national holiday under President Dwight D. Eisenhower in 1958 as a counterpoint to Soviet-era communist May Day celebrations.

Around the Vietnam War, Loyalty Day celebrations started to decline across the country. Long Beach’s celebration is one of the longest-lasting celebrations.

On the peninsula, Loyalty Day expanded to a whole annual weekend of events, attracting participants and spectators from throughout the region. Jim Sayce of Seaview, parade master of ceremonies for the past 16 years, reflected on the event’s importance.

“Ultimately, it was more about us as a small community on the edge of the continent tying ourselves back across the nation in our own way, to our own roots,” Sayce said on Jan. 7.

The Andrew family has played an essential role in keeping the tradition alive in recent decades. However, Bob, a former two-term Long Beach mayor, has suffered health challenges. And on Dec. 19, Regan Myers, Bob and Judi’s daughter, resigned from her position as Long Beach’s tourism and events coordinator, citing city budget constraints and changes in her role.

“I’m eternally grateful for this expression of love of community that I was given and continued to express with all of you because of the graciousness of Bob and Judi,” Sayce said. “They sustained our community meeting place. Honor them.”

As with other heritage events, Long Beach’s Loyalty Day has struggled to find enough volunteers and younger people to step into leadership positions.

The Ilwaco Children’s Parade, which is hosted by the Ilwaco Merchants Association, will continue for 2020. The parade has always been held on Saturdays during Loyalty Days weekends, along with the opening of the Ilwaco Saturday Market and Blessing of the Fleet. All the Ilwaco events will still happen.

“We’re going to scramble and try to save this,” Jensen said. “It’s for our community to take this on and make it happen.”

After Jensen saw the foundation’s announcement, she posted on Facebook encouraging people to volunteer for the event. Within a day of the post being published, more than 20 people volunteered to help create a new Loyalty Days committee, Jensen said.

“This was a complete surprise. If we had known earlier, we could have been planning earlier,” Jensen said. “We had already been talking to the board about taking over the event. We thought we had another year to take this on.”

Jensen and Phillips are working together to find another local group that can take the foundation’s place for the 2020 celebration. Jensen said they’re hoping the Long Beach Elks Lodge #1937 or a similar organization will step up to help out this year.

“The event’s semi-dead right now but we’re going to try and bring it back,” Phillips said at Long Beach City Council’s Jan. 6 meeting. “This is going to be the 70th year. Even if it’s scaled back a bit, we could still work on improving it for next year.”

Long Beach’s 2020 budget includes $8,000 for the Loyalty Days festivities. If saving the event doesn’t work out, the city council may redistribute the funds.

To volunteer for the Ilwaco Children’s Parade, contact ilwacomerchantsassociation@gmail.com or https://www.facebook.com/ilwaco/.

The Loyalty Days Foundation Board's letter to the City of Long Beach announcing the end of the foundation and its events.

Betsy DeVos pressed on if schools should follow CDC guidelines

Fauci opens up about why he's not being allowed on TV

Amazon tells employees to delete TikTok immediately—then takes it back