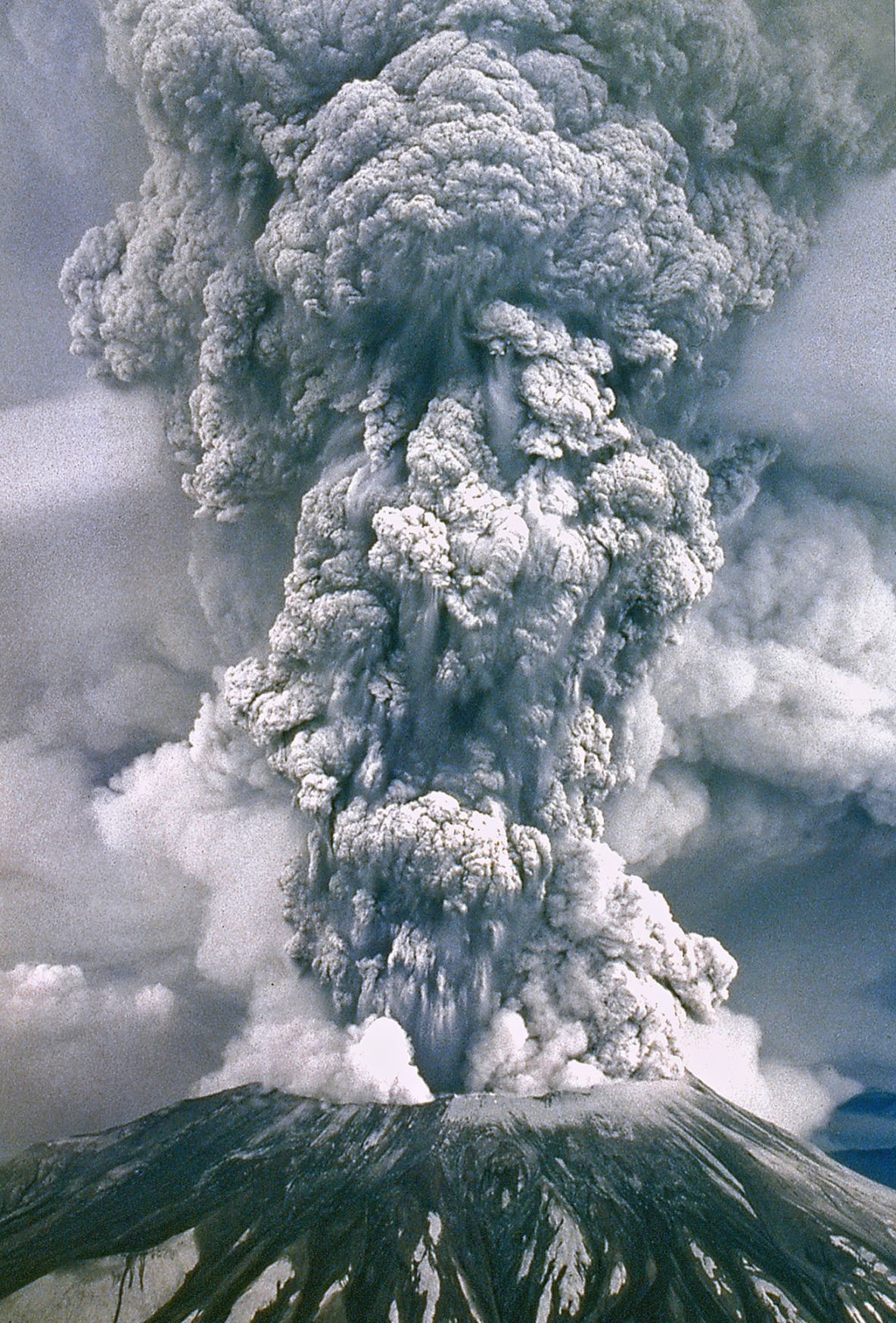 Longview Daily News photographer Roger Werth’s iconic photo of the Mount St. Helens eruption on May 18, 1980 appeared on the cover of Time magazine and other publications all over the world. 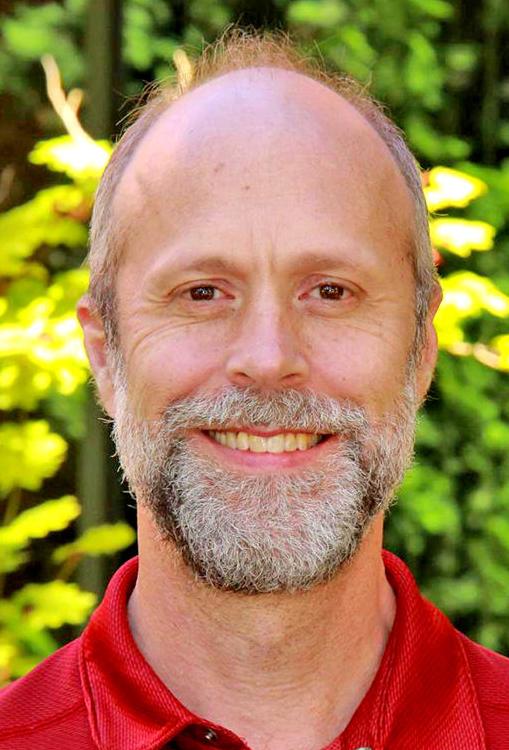 Geologist Seth Moran was just 13 when Mount St. Helens awoke and exploded into history in 1980. A long-time volcano nut as a child, Moran tracked the news of the volcano’s earthquakes and burgeoning lava dome, he said.

Now, 40 years later, Moran is the scientist-in-charge at the U.S. Geological Survey Cascade Volcano Observatory in Vancouver, where he researches, monitors and educates others about the volcano.

In a recent question-and- answer interview with the Longview Daily News, Moran shared his thoughts on what society has learned from St. Helens so far — and what the future might look like for the mountain. (The following transcript has been edited for brevity and clarity.)

What is the most important thing for us to know about having an active volcano in our backyard?

We live in a geologically active area. It’s not just volcanoes. It’s also landslides and earthquakes. So it’s good to understand the relative likeliness of an event and its hazards. The eruption record for all the Cascade volcanoes paints the picture of an eruption about two times a century. People, if they spend their entire life in the Pacific Northwest, should expect to have at least one volcano wake up while they are here.

How likely is it that we’ll see Mount St. Helens erupt in some way or another within the next decade?

That’s the $64 million question. The geologic record says it’s probably the most likely volcano to erupt, and it does have a fairly high background level of activity in the form of earthquakes. We think that has something to do with molten rock coming into the system that may represent some small amount of recharge, setting the stage for the next eruption. We saw a similar kind of pattern between the 1986 and 2004 eruptions. But it’s hard to say whether it will be years or decades from now. I think if you polled people at the observatory, it wouldn’t surprise anybody if it took a couple decades. And it probably wouldn’t surprise anyone if it started today. That’s kind of the way volcanoes work.

Is the next eruption likely to be explosive, and if so, how might that compare to those of 1980?

St. Helens does two kinds of things. One is it builds itself up. That’s like the lava dome-building eruptions that happened in the 1980s and 2004-2008. Those tend to be non-explosive. The other thing it does is tear itself apart and has some fairly large explosive eruptions. Over the last couple of thousand years, St. Helens has been in a cycle of building itself up and tearing parts of itself down. The prime question that will be facing us the next time the volcano wakes up is whether the eruption will build the volcano up or tear it down. Odds are it will be more like the dome building eruption that began 2004, at least at this point.

We don’t know what’s down there under the volcano in terms of magma, or molten rock. What we really need is to go down and look at the magma and figure out what its composition is, what its gases are, and even how much there is because those three factors affect what could happen at the surface. That’s very difficult to do technologically. It’s extraordinarily expensive. But that is the thing we would really need to do to be able to provide a sort of order-of-magnitude increase in our understanding of what is likely going to happen at the volcano.

Only about 7% of the volcano blown away on May 18th has been replaced by the lava dome. Is there any way that children born this decade will live to see the old summit replaced by dome growth?

Again, it really depends on St. Helens. If the volcano erupts again and does the same thing it did in 2004, then it would take a number of those eruptions to get us back to the point where we can see magma erupting from Vancouver or from Longview. It’s certainly possible. I wouldn’t myself count on it, but it’s certainly possible.

Has the research from Mount St. Helens made it easier to predict eruptions here or elsewhere?

Volcano forecasting has gotten better for lava-dome-building eruptions, but it’s also true that volcanoes have their own way of doing things, and you don’t necessarily know what each volcano will throw at you. Volcanoes are kind of like patients. When you go into the doctor’s office and you think something is wrong, the first thing they do is take your blood pressure, take your temperature and listen to your heart. Those are all signs and symptoms that whittle down the range of possible things that could be going on. For us, it’s the same thing. We are recording earthquakes, we are measuring deformations and we are analyzing gas content. Those are the signs and symptoms.

What are the most compelling findings to date from the $3 million iMush (imaging magma under St. Helens) project, which set explosions off around the volcano to image the area beneath the mountain?

One of the ironies is that the project is called Imaging Magma Under St. Helens, and most of the results that came out (since the project ended around 2016) are not so much about magma under St. Helens but actually the underground “plumbing” structures that play a role in controlling where magma is. Cross-sectional diagrams of volcanoes in geology 101-type textbooks all show the magma rising vertically up to the surface from where it’s created in the volcano. The iMush program suggested that might not be the case at St. Helens. The ground below the mountain is really not capable of producing magma, and there is not a big vat of magma under the volcano. So it’s likely the magma is coming from somewhere else.

If it’s not directly below the volcano, where is the magma coming from?

We think it’s coming from some place east and is laterally transported west, and then it comes up at St. Helens. That hypothesis somewhat gets to the question that a lot of people ask just by looking at St. Helens on maps of the Cascades. You see a nice, north-south line of volcanoes, but St. Helens sticks off about 40 miles to the west. Why is St. Helens so far off the arc of other Cascade volcanoes. I don’t think iMush has an explanation for the “why” yet. But it’s finding evidence for the “how.”

What are the two most important things geologists have learned about the volcano in the last five or 10 years?

A lot of the studies that are done at St. Helens are integrated with studies done at other volcanoes, so the studies at St. Helens are contributing to a broader understanding of how volcanoes work. The pie in the sky is to have a volcano erupt and to be able to put forward a model that will predict where the pyroclastic flows will go and how thick it will be. The accuracy of those models all depend on understanding the dynamics of the volcano itself.

What else has St. Helens taught us?

The other thing that has been really strongly illustrated by St. Helens is that when you get volcanoes that erupt like it did, the hazards that are created can last for decades. One specific hazard is flooding and all the sediment left behind in the drainages. We are seeing that at St. Helens with the North Fork of the Toutle River. The U.S. Army Corps of Engineers built a structure upstream of Kid Valley that is designed to slow down the Toutle enough so that the river will drop a lot of its sediment and be a lot cleaner as it goes downstream, thus mitigating some of the flooding and erosion issues. It’s been fairly successful. But that’s been a four decade-plus effort, and it’s still ongoing. And it probably will be ongoing for a number of decades.

Is Mount St. Helens still one of the sexiest assignments in the USGS?

There are a lot of folks that work within the U.S. Geological Survey, and I think a lot things people do all around the country are pretty cool. Certainly the folks who are working in observatories are all volcano nerds at heart, so it’s something we all find satisfying. It’s very intellectually challenging. It’s physically challenging. It’s also important work from the perspective that we do have active volcanoes in the Cascades, and we view our work as really important for helping people live safely with those volcanoes.

What about for you personally?

It’s hard for me to say one assignment is my favorite. I really enjoyed all parts of my career. Working on St. Helens is an absolute privilege and honor, and it’s also a responsibility to take really, really seriously. The memory of the 57 people who were killed in 1980 is still fresh. The loss of our USGS colleague David Johnston was extremely tragic. This 40th anniversary for a lot of us is bittersweet. It’s an amazing event that influenced all of our careers. At the same time it had a lot of aspects to it that were truly tragic and catastrophic. It’s important to hold both of those in our minds as we remember what happened back then.

What’s the near-term “holy grail” of research, a discovery that is tantalizingly close and will dramatically improve our understanding of how the volcano works?

It’s still the case that this volcano has things that are happening that we just don’t know about because we are not able to measure them, detect them, sample them. But we are learning more and more things about the conditions under which magma resides inside a volcano before it erupts, and those are teaching us important lessons about what it takes before magma gets to the surface. I wouldn’t say there is a single discovery we are on the cusp of, but we are in a continuous mode of discovery, and I don’t think we will stop any time soon.

Woman who lost dad to Covid-19: My father was robbed of life