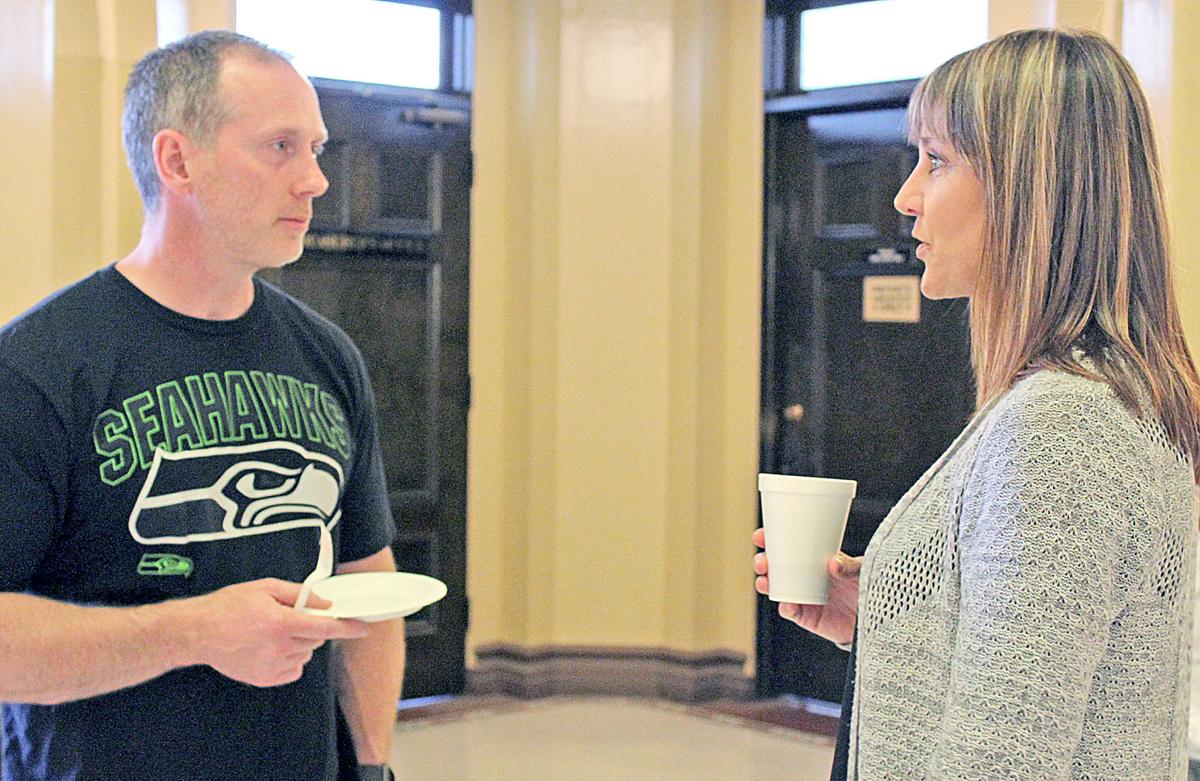 Scott Jacot, left, juvenile court administrator for Pacific and Wahkiakum counties, chats with Angela Simonson from the juvenile department at Tuesday’s event at the Courthouse in South Bend to mark Family Reunification Month. 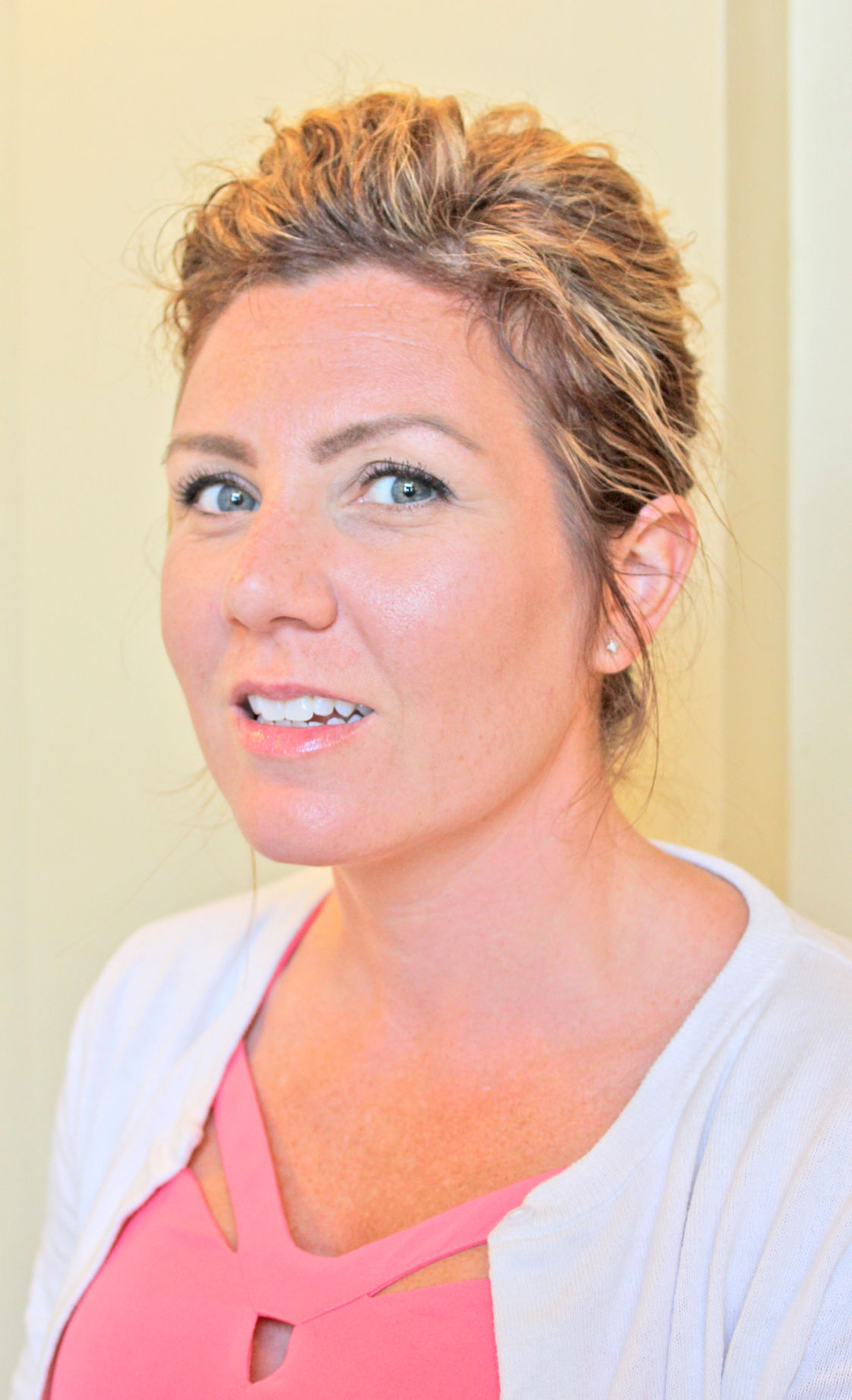 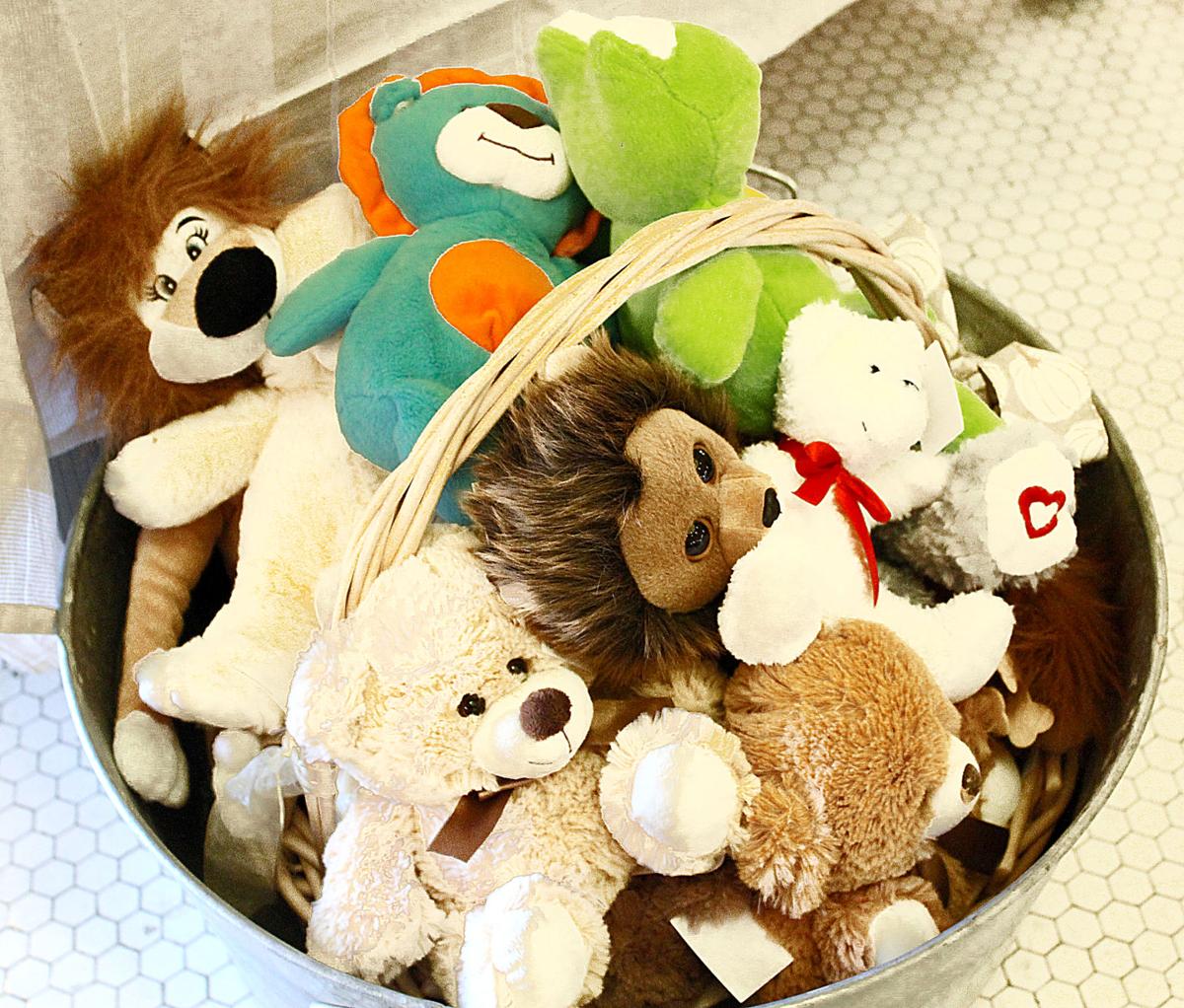 Stuffed animals provide a degree of comfort as social workers and court administrators work on behalf of children removed temporarily when their parents encounter serious difficulties in their lives.

Scott Jacot, left, juvenile court administrator for Pacific and Wahkiakum counties, chats with Angela Simonson from the juvenile department at Tuesday’s event at the Courthouse in South Bend to mark Family Reunification Month.

Stuffed animals provide a degree of comfort as social workers and court administrators work on behalf of children removed temporarily when their parents encounter serious difficulties in their lives.

It’s a slogan being used this month as people whose children have been taken away by the state celebrate their return — and reflect on the efforts it took.

The national commemoration of Family Reunification Month was marked in Pacific County last Tuesday with cake, cookies and punch at the Courthouse — and a pledge by public officials attending the event to support new ways to smooth the process.

Parents might have their children removed from their custody for a multitude of reasons. These may include drug or alcohol abuse, domestic violence, mental issues, or a serious suspicion of neglect. Many professionals like school teachers and social workers are “mandatory reporters,” meaning they must alert authorities if they encounter evidence of abuse or neglect.

The state of Washington’s intervention creates a “dependency” process which officials say is designed to protect the immediate interests of children while developing a strategy to return them from foster care when safe to do so.

“They don’t really want to be separating families,” said Clements. “It’s actually less traumatic to keep them together.”

In a therapeutic court setting pioneered in other jurisdictions, parents work with the courts and social workers to fulfill requirements to create a positive environment in which it is safe to take their children back.

Clements said a dependency process though can be a year-long process with no guarantee that a parent will get their child back.

But the strategy is to offer what social work professionals call “wrap-around care” — offering access to guidance and information about tools available to give the person a chance to turn their lives around.

These may include parenting classes, support and treatment to tackle addictions, advice on better housing options, plus access to Food Stamps and WIC (Women Infant Children benefits).

“It’s a ‘wrap-around’ service for families that chose to go into this to help their lives,” Clements said.

She and colleagues will be discussing therapeutic court best practices with counterparts in Jefferson County shortly, then reporting back by September when a program could begin in South Bend.

Gov. Jay Inslee marked the statewide commemoration of Family Reunification Month with a proclamation that highlighted the work and commitment families and others need to demonstrate to safely reunite children who have been removed from their homes for whatever reasons.

“All children need the care, love, security and stability of family unity, including parents, siblings, grandparents and other extended family members to provide a solid foundation for personal growth, development and maturity,” Inslee said.

The month-long celebration is sponsored by the Washington Supreme Court Commission on Children in Foster Care.

The commission launched the program in 2018 and Pacific is one of 15 participating counties this year.

The emphasis was welcomed by Scott Jacot, juvenile court administrator for Pacific and Wahkiakum counties.

“I am excited about the therapeutic court idea, giving more information for parents and, if possible, speeding up the process of getting the kids back to their parents,” he said.

Angela Simonson, who works with Jacot in the juvenile department, acts as a guardian ad litem (“for the lawsuit”), appointed by the court to speak for children whose parents are involved in Superior Court cases.

“We represent the child’s best interests,” she said. “It’s going to make our job a little better.”

The collaborative approach was welcomed by Don Richter, Pacific County Superior Court judge. “Any time we can put a family back together, it should be encouraged — if it is safe to do so,” he said.

‘They don’t really want to be separating families.’